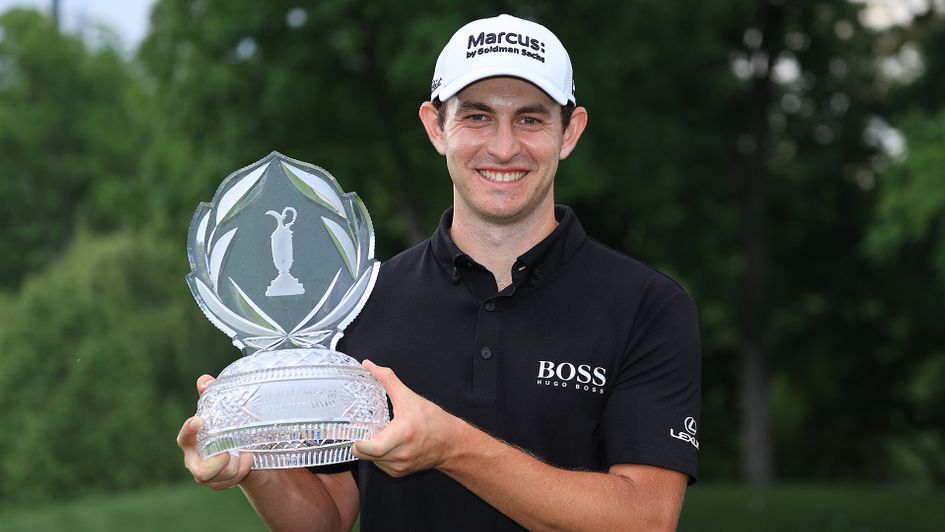 Patrick Cantlay poses with the trophy after winning The Memorial Tournament

Patrick Cantlay needed a playoff hole to triumph over fellow American Collin Morikawa in a Memorial Tournament that was memorable in more ways than one.

Patrick Cantlay needed a playoff hole to triumph over fellow American Collin Morikawa in a Memorial Tournament that was memorable in more ways than one.

Cantlay and Morikawa had shared second place after round three in Ohio, six shots behind Spain’s Jon Rahm, who gave himself a strong chance of victory with a superb eight-under 64 on Saturday to take the largest 54-hole lead recorded at this tournament.

But Rahm’s Saturday night positive Covid-19 test and withdrawal from the tournament had left Cantlay and Morikawa as the sudden leaders on the last morning, with the pair locked in battle through a tense final day.

Both took three bogeys and two birdies on their front nine, before Morikawa snatched a lead with a birdie four on the 11th only for Cantlay to draw level with a birdie three at 13.

Morikawa edged ahead again by birdying the par five 15th, but Cantlay hit back through a 24-foot birdie putt at 17. The pair finished with one-under 71s to be locked together at 13 under par, before Cantlay’s par four on the first play-off hole was enough to clinch the title.

“It was such a weird situation, so unfortunate,” Cantlay said of Rahm’s withdrawal. “Everyone, me included, knows it would be totally different today if that hadn’t happened.”

American Scottie Scheffler took third at 11-under, a shot ahead of South Africa’s Branden Grace.

Rory McIlroy was the UK’s top placed player, his even 72 leaving him in a share of 18th at one-under, 12 off the lead.

England’s Danny Willett was tied for 26th at even par after a 73.