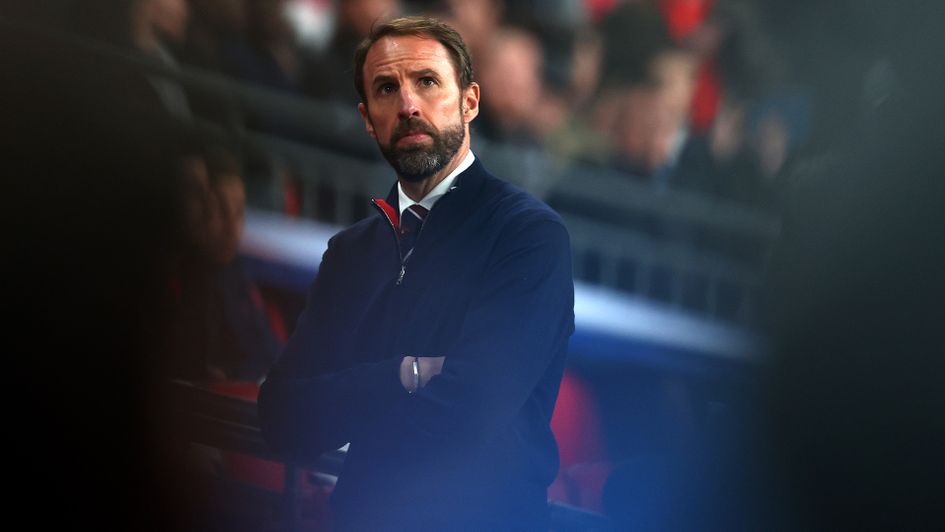 Gareth Southgate has faced criticism after a run of poor results

England's price to win the 2022 World Cup has drifted from as short as 5/1 before the recent quartet of Nations League fixtures to 8/1 following their 4-0 thrashing by Hungary on Tuesday.

The heavy defeat at Molineux meant Gareth Southgate's side ended the international break with no wins and no goals from open play.

With the winter World Cup now just five months away, some fans turned on Southgate during the match.

And it would appear bettors have too, with England now priced alongside Spain and Argentina as third-favourites with most bookmakers with several firms finding it difficult to split Brazil and France at the top of the betting.

How bad were England in the Nations League?

These four Nations League fixtures were always going to present problems, coming as they did at the end of such a long season.

Fatigue and fitness issues affected nations across Europe and England, in particular, struggled to deal with the tiredness among the squad.

Southgate attempted to balance a need for results, preparations for Qatar and managing minutes for his players but failed to do so effectively in any of the fixtures.

Harry Kane’s late penalty in Germany rescued a point while there was a goalless stalemate at home to Italy with home and away losses to Hungary bookending a disappointing run of results.

Why else were England so bad?

Southgate pointed to not being able to name his strongest side in any of the four games and he will be hoping that changes when he picks his team to face Iran at the World Cup.

Both of his preferred left-backs – Luke Shaw and Ben Chilwell – were missing through injury, while vice-captain Jordan Henderson was rested completely following a gruelling campaign with Liverpool and Phil Foden was only able to make a late cameo off the bench in the final game having tested positive for coronavirus.

What are England's major issues?

Goals. England have now failed to score from open play for over six hours, with Southgate admitting “concern” over the reliance on Kane and Raheem Sterling to find the back of the net.

Kane reached a half-century of goals with his penalty in Munich and now has one more international goal that the rest of the current squad combined.

Southgate also has reason for worry that some of the players integral to England’s run to the 2018 World Cup semi-final and Euro 2020 final are out of form.

Most noticeably, Manchester United captain Harry Maguire endured a difficult campaign and was still out of sorts this month – and he was not the only one.

Should Southgate be sacked?

It is highly unlikely that Southgate will not be England manager come the World Cup.

He described the Hungary defeat as “chastening” but insisted he always had his eyes open to the fact the feel-good factor he has enjoyed for much of his five-and-a-half-year tenure would be tested at times.

The 51-year-old has a fine track record in major tournaments and importantly retains the support of the group of players he has no doubt elevated since taking the reins.

Can England fix things before the World Cup?

With the unique situation of a winter tournament, the Three Lions kick off against Iran on November 21 – 160 days on from the loss to Hungary.

Before then, Southgate has just two further Nations League matches to address any long-standing issues – away to Italy and at home to Germany in September.

Southgate will be hoping his players start the 2022/23 season in fine fettle to give him some selection headaches but he also needs to decide which formation gets the best out of his squad.

While the ability to play with a back three or a flat four-man defence can keep opponents guessing, constantly flitting between systems can also lead to confusion among his own camp.