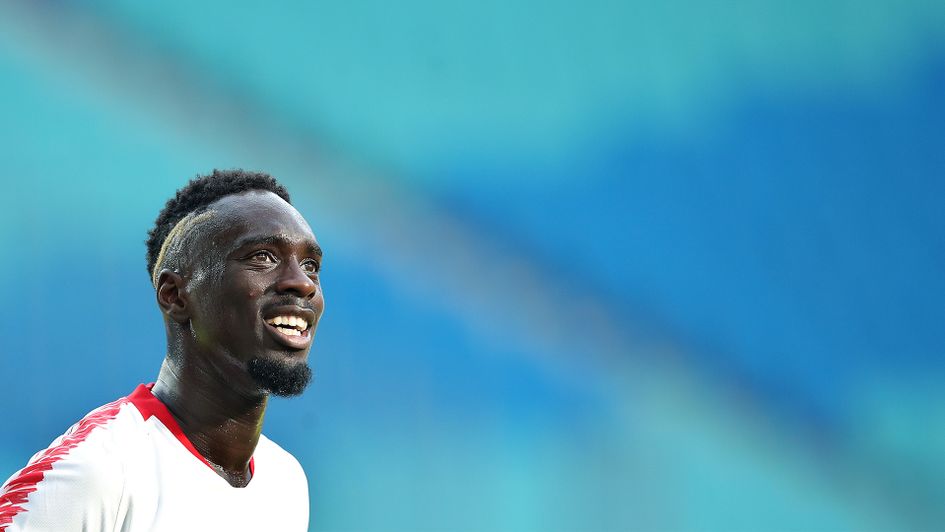 What impact will Jean-Kévin Augustin make after signing for Leeds United?

Leeds have bolstered their forward line with the loan capture of Jean-Kevin Augustin from RB Leipzig.

The France Under-21 international, who spent the first half of the season on loan at Monaco, is Leeds' third signing during the January transfer window.

Leeds also hold the option to make the deal permanent, although that will depend upon securing promotion back to the Premier League.

Augustin progressed through PSG's youth system, making his first-team debut in April 2015, before making the switch to German outfit Leipzig for £11million in July 2017.

He scored 20 goals in 67 appearances in all competitions for the Bundesliga club, those coming across the the German top-flight, Europa League and Champions League among other cup competitions.

But what impact could he make at Leeds this season? Tom Carnduff analyses the statistics from his last regular campaign of football in 2017/18 and compares them with Patrick Bamford - Leeds' current first-choice striker. 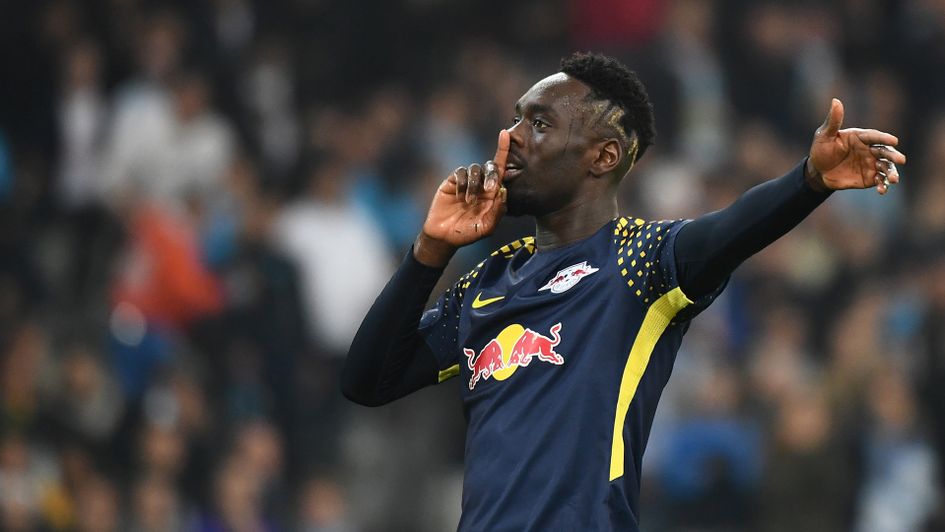 Despite their success this season, Leeds struggle with goal conversion. Marcelo Bielsa's side create plenty of opportunities over the course of 90 minutes but continue to have issues in finding the net.

Augustin has been brought in with the aim of solving that. Based on the statistics from his last season with real involvement, he has the ability to help remedy Leeds' issue and is capable of hitting double-figures before the season is over.

Augustin featured in a total of 25 games during the course of the 2017/18 season. With the Bundesliga campaign lasting 34 games, and the fact he missed three games with minor injuries and illness, this confirms he was a key man for Leipzig in their second season in the German top-flight.

Despite starting 12 games fewer than Bamford, and playing at a higher level, Augustin hit nine goals that season - the current Leeds forward sits on ten so far.

Augustin's minutes-per-game sits at a significantly lower figure, which resulted in him having a scoring frequency that equated to roughly one goal every one-and-a-half games.

One of the two standout statistics from those mentioned above is shots per game. Augustin posted 1.2 compared with Bamford's 3.0 and both sit on the same goals-per-game ratio.

The big positive for Leeds is that their new forward will wait for the right opportunity to come before electing to aim for goal. That should translate to fewer wasted chances, which has been a big source of frustration.

Likewise, the figures relating to big chances missed over the course of the two campaigns again sit in favour of Augustin. Bamford's 17 is almost double Augustin's seven already - and there are still four months of the season to go. 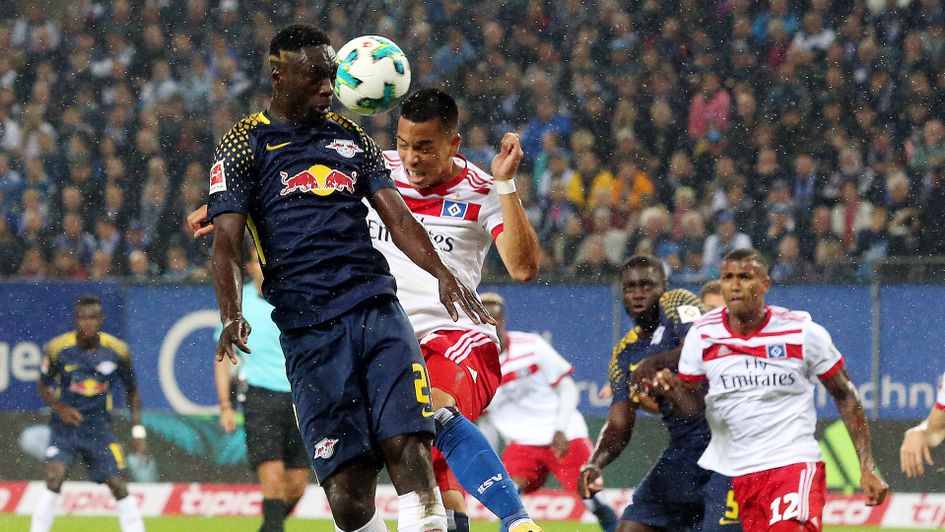 A crucial element of Bielsa's Leeds side is the forwards' ability to connect play and contribute to attacking moves in more ways than simply scoring.

It's been a big positive of Bamford's campaign that, while goalscoring has been an issue, his all-round play has improved and he holds more of a presence at the top end of the pitch for United.

Striker is arguably the hardest position to recruit for Bielsa given how strict the criteria is. A player must be able to operate in a certain way. The good news for Leeds here is that the pair posted fairly similar numbers in the two seasons.

Augustin edges the assists but that's largely down to the three he posted in Leipzig's final two games of that Bundesliga season. Those games brought a total of ten goals scored by Die Roten Bullen.

He also takes the big chances created but the other major areas of comparison here are similar enough to demonstrate that he should fit the mould and provide just what Leeds are after.

Average touches per game are either side of the 25 mark while there is just 0.1 key passes per game difference between the two. 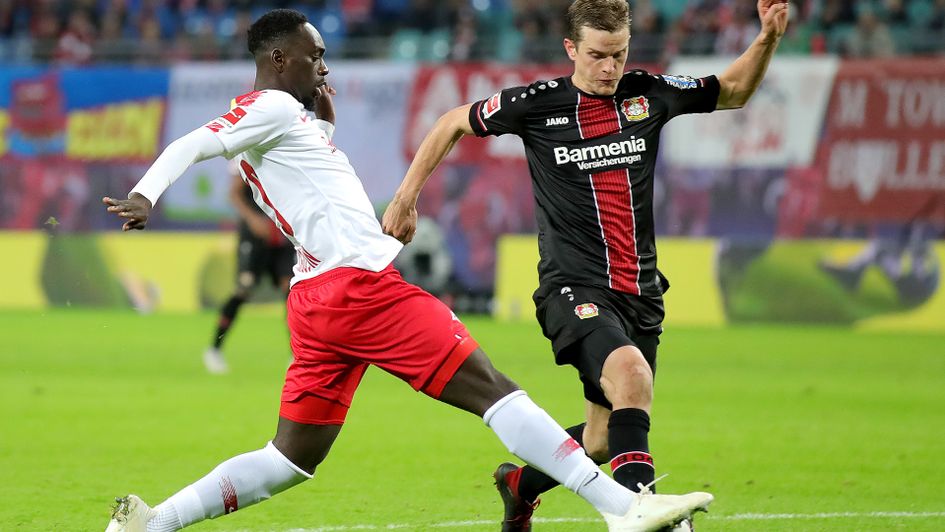 Regardless of your position on the pitch, Bielsa expects you to contribute defensively.

A great example of that comes from one of the many tales that have come from the Argentine's long period in football management.

In 2004, while boss of Argentina, Bielsa watched Javier Saviola score a hat-trick in a convincing 6-1 win over Ecuador.

The Barcelona man was understandably happy with his performance, but he was met in the dressing room by Bielsa, who described his performance as 'a disaster'.

"I didn’t understand at all," Saviola told The Coaches' Voice in an interview last year.

"But in his footballing vision, it was about what I did in the defensive phase. Or rather, what I didn’t do, like help my team-mates."

Augustin has demonstrated a good reading of the game; the ability to understand what is going to happen next and act accordingly to try and prevent an attack happening against his side.

His interceptions per game may be a low figure at 0.2 but it puts him above Bamford in this area with the current Leeds number nine failing to post one this season.

Another positive comes in Augustin's three interceptions in his final two games with Monaco before leaving the Ligue 1 club over the weekend. That's despite being a late second-half substitute in both games.

Both players sit on 0.6 tackles per game while Augustin tends to get dribbled past less than Bamford. To the current first choice striker's credit, the higher number of clearances highlights one significant area of his defensive contribution.

Augustin having near half the number of fouls committed is another positive for a signing that already appears to be an impressive one for the Championship. 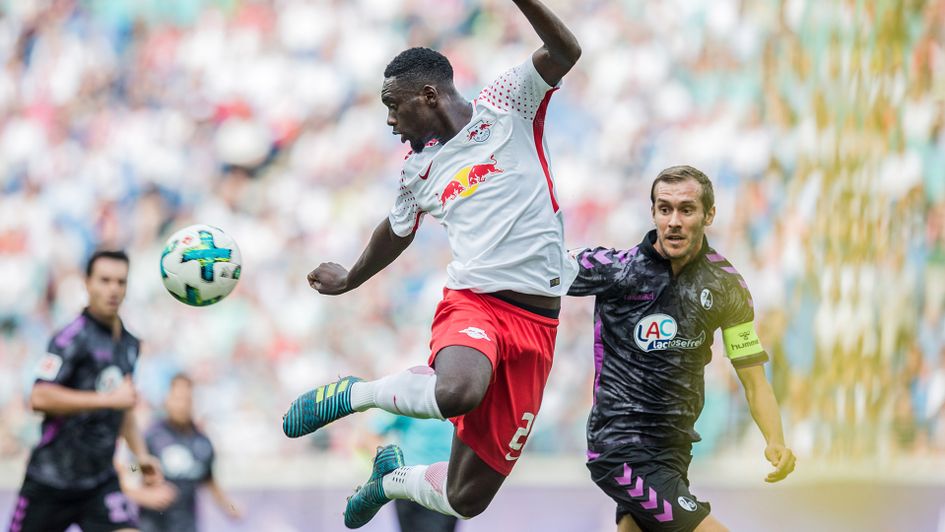 It's clear that both strikers are useful when it comes to the link-up play, but other areas show that Augustin is a player who prefers to dribble and run with the ball at his feet.

His determination to drive at defences will work in a Leeds side who look to attack with pace as they try and catch their opponents out on the counter-attack.

This is where he holds an advantage over Bamford; the ability to drive at back-tracking defences and finish some of the mouthwatering moves that we witnessed Leeds pull off in the first-half of the current campaign.

The overall successful dribbles per game percentage may favour Bamford, but the average number sitting in Augustin's favour demonstrates how he has attempted more take-ons over the course of a season.

Augustin's 0.9 per game is over double that of Bamford but his success rate is only 32% compared with 53%. Considering the quality of defender in the Bundesliga, we should expect to see that percentage sit at a much higher level by the end of the Championship season.

The 22-year-old's difference on the ball is also highlighted by the 'was fouled' per game sitting higher than Bamford's. Possession lost is never a good statistic, but in this case it's necessary when outlining the type of player Augustin is.

There's also the advantage Augustin brings when it comes to average offsides per game. That sits at under half of that for Bamford this season.

What can we expect? 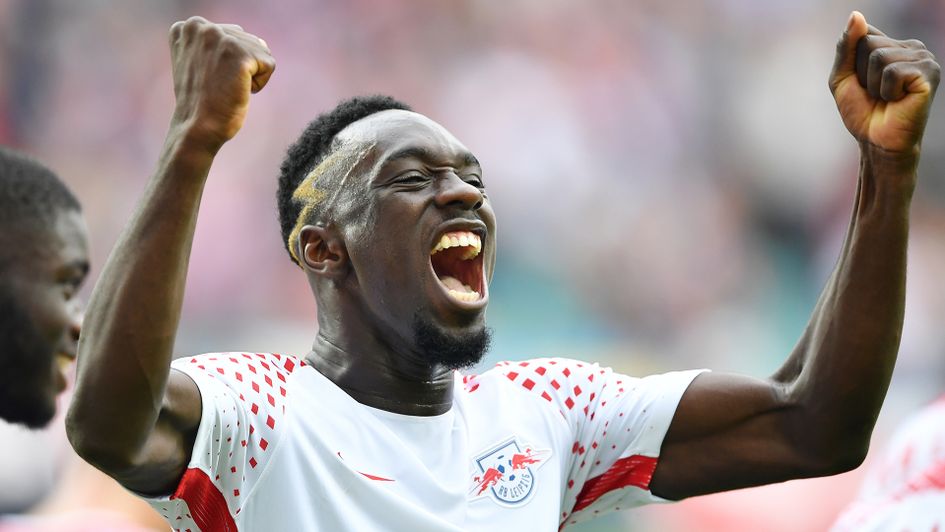 If Augustin can replicate the form he had during his last real regular campaign of football then there is little doubt that he will be a star in this division.

This is a striker who carried a reported £35m price tag with the likes of Everton and Southampton interested in securing his signature last summer.

That talent doesn't disappear overnight, it's seemingly more of a case of trying to get him somewhere that can offer more regular football.

Eddie Nketiah was clearly a striker with talent but didn't particularly suit the way that Leeds wanted to play. He may have been the better goalscorer out of the two options Leeds had in the first-half of the season, but Bamford's all-round play made him the clear favourite.

Augustin is an upgrade. A player with a track record for finding the net at a good level, despite his young age, and someone who can also contribute in other areas of the pitch.

That's why he has a real opportunity to establish himself as the starting striker in this Leeds side. Bielsa has demonstrated loyalty to Bamford yet the promotion race could force him to change his hand in the latter parts of the campaign.

How many will Augustin score this season?

A debut to remember?