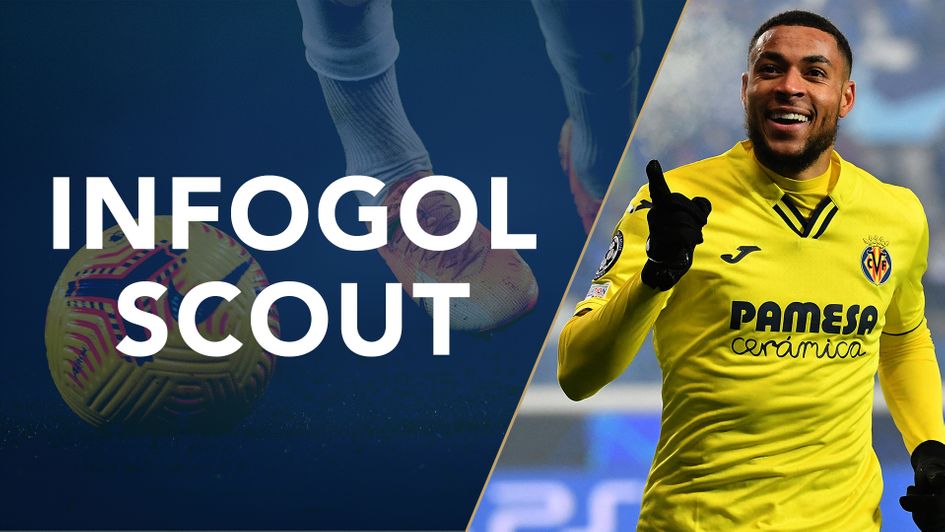 With transfer season now well and truly under way, Ninad Barbadikar identifies five players from across the continent who Premier League clubs should be looking at.

Europe’s top five leagues are brimming with young and exciting talent as big names are constantly linked with a move to the Premier League.

There are numerous hidden gems and emerging stars, but who should top-flight clubs in England be looking at?

Jonathan Burkardt is having a season to remember with Mainz in the Bundesliga, blossoming into one of the country’s most recognisable young attacking talents.

Amongst U21 players in the Bundesliga, Only Florian Wirtz and Erling Haaland have more goal contributions (goals + assists) than Burkardt’s nine.

Forming a potent partnership alongside Karim Onisiwo, Burkardt is the more mobile of the two strikers at the club, which compliments Bo Svensson’s all-action high-pressing football.

Before the Bundesliga paused for the winter break, Burkardt was averaging 0.37 xG/95, which is fairly impressive given he plays in a mid-table team that doesn’t dominate possession. 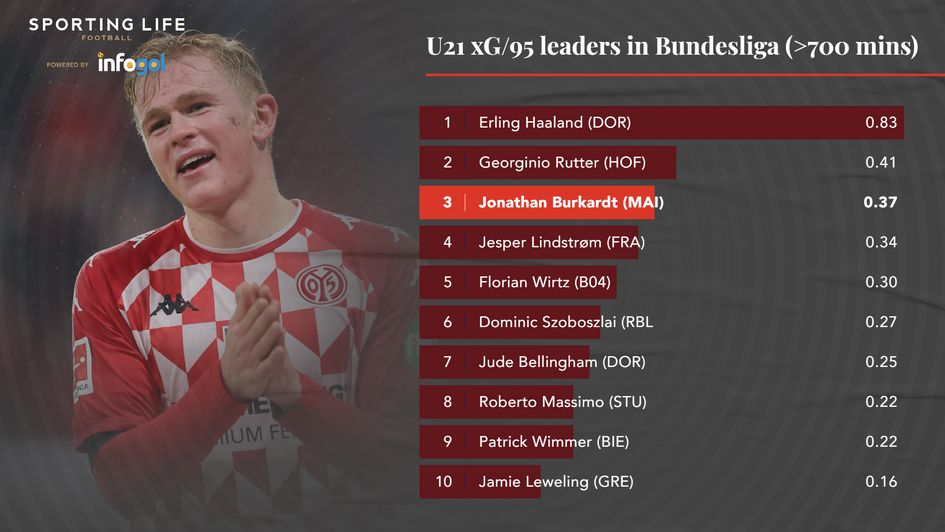 What’s more impressive is that in his U21 age bracket, only Haaland (0.83) and Hoffenheim's Georginio Rutter (0.41) better Burkardt for xG/95 of players to have played 700+ minutes.

He is well-suited to playing in a front two or three, and has the makings of an all-round striker whose qualities could translate well to the Premier League.

Though Burkardt has been strongly linked with a move to Lazio, he also retains a keen interest from the Bundesliga’s elite.

In the Premier League, however, a striker of his profile feels tailor-made for Liverpool and Jurgen Klopp.

His high-energy style and steady xG process would make him a perfect fit to play across the front three at Anfield, and the Reds are desperate for depth at the moment with Mohamed Salah and Sadio Mane at the Africa Cup of Nations. 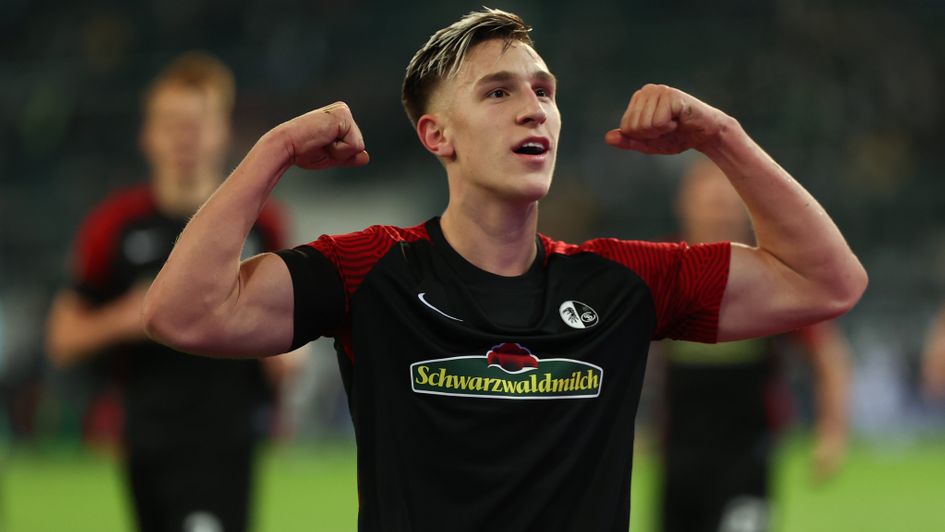 Nico Schlotterbeck is a defender whose career is certainly on an upward trajectory in the Bundesliga.

A key cog in the defence at SC Freiburg, the 22-year-old defender is very highly thought of after a successful loan spell at Union Berlin last season.

This season, under the long-serving Christian Streich, Freiburg have been one of the Bundesliga’s surprise packages, currently third in the table.

With only 16 goals conceded, Freiburg have the joint-best defence in the Bundesliga alongside Bayern Munich; Schlotterbeck is a major reason for this.

Primarily a centre-back who is also comfortable playing at left-back or in defensive midfield, Schlotterbeck possesses all the skills you could ask for from a modern-day defender.

Confident in possession, strong in the air and on the ground, highly progressive in building out from the back, Schlotterbeck ticks a lot of boxes for any top team looking for a centre-back.

Given the fact that he is a left-sided centre-back with a strong left-foot, those traits make him even more desirable.

More recently, Schlotterbeck has been linked with a move to relegation-threatened Newcastle, who have been looking to beef up their struggling defence.

However, his skillset is better suited to teams like Chelsea and Tottenham, both of whom use the back-three system with which he is already very familiar.

Antonio Conte has been open in admitting Spurs need an overhaul, and a quality left-footed centre-back could be on his wishlist.

Given that Freiburg have a history of supplying the Premier League with exciting young centre-backs, Schlotterbeck could be next in line. 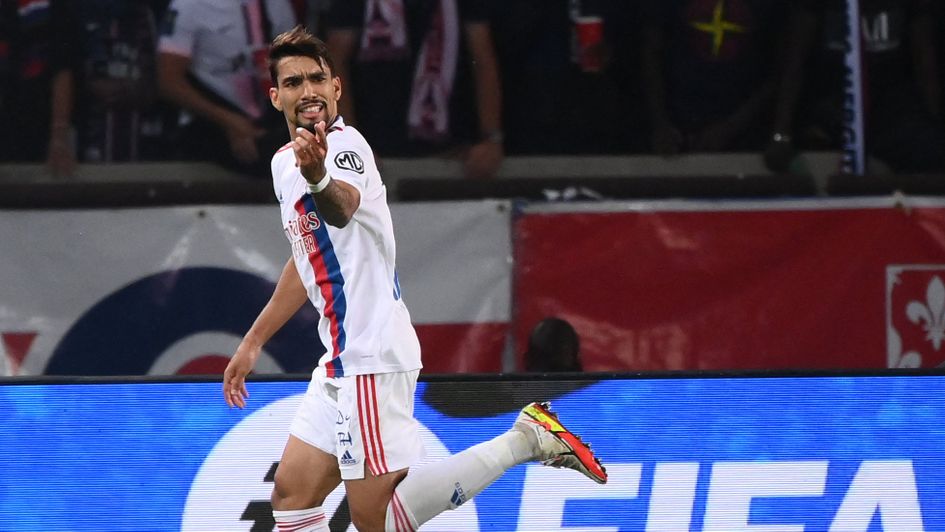 Lucas Paqueta is one of several exciting young players at Lyon who are on the radar of Europe’s elite.

The 24-year-old Brazilian has revived his career in Ligue 1, after a couple of disappointing years with AC Milan.

The prodigious attacking midfielder has scored six goals and assisted a further three in the league so far this season.

Paqueta is well on course to improve his tally of 14 goal contributions from last term and is once again proving himself as one of the top attacking midfielders in Europe.

Though he is an attacking midfielder by trade, Paqueta can also be found further forward at times or further behind in central midfield too. The diversity of his skillset makes him all the more exciting to watch.

He is at his best closer to the opposition box, playing one-twos with his team-mates and getting shots away at goal, which he has done quite often this season.

Averaging 3.59 shots/95 in the league, he is also able to get himself into excellent scoring positions, averaging 0.43 xG/95 in Ligue 1 this season.

He is tenacious in his defensive work and is full of running and energy off the ball, Paqueta is no doubt a perfect fit for most top sides across Europe looking for all-action presence in midfield.

Again, it is Newcastle who have been most recently linked with the Brazilian, but it is expected Paqueta wants a better move.

Clubs like Arsenal and Liverpool could benefit from having him, Liverpool in particular, as they don't get many goal involvements from their midfielders.

The Reds could potentially highlight a player in the mould of Paqueta to give them an extra scoring threat.

Spezia defender Simone Bastoni has been quietly making a name for himself at Spezia since their promotion to Serie A last season.

The 24-year-old was a shining light for his team last year, scoring once and assisting a further seven goals to help Spezia to a mid-table finish.

He has continued in a similar vein this season, scoring twice and assisting twice in 15 Serie A matches.

The Italian’s style of play is very much what you would expect from an elite modern wing-back. He is usually found in a 3-4-3, playing as the creative outlet on the left.

Bastoni’s appetite for defensive and offensive work means that he is able to contribute at both ends of the pitch. His crossing ability and overlapping runs have proven useful in attack for Spezia.

Averaging 0.24 xA/95, Bastoni’s creative numbers remain strong this season, up there with some of the best in Europe.

Given that his current contract lasts up to 2025, any club with a strong interest will certainly have to pay a premium fee.

Tottenham could well be a good fit for Bastoni as Conte prefers his wing-backs to contribute at both ends and the Spezia man ticks several boxes in that sense.

West Ham and Chelsea could also be potential suitors, with both suffering key injuries to left wing-backs.

Arnaut Danjuma’s career has taken off since his move to Villarreal in the summer.

The Dutchman is now a regular for his national team and has been an exciting addition to Unai Emery’s side since his move from Bournemouth following a season where he scored 15 goals and assisted a further seven in the Sky Bet Championship.

Though his minutes have been somewhat limited in the league this season, his output has been extremely impressive.

That puts him on par with Karim Benzema and ahead of Luis Suarez. 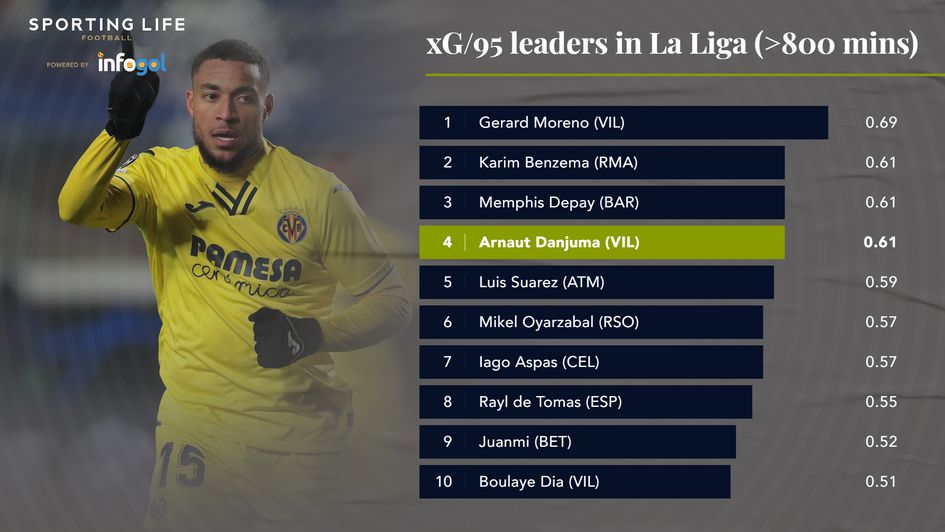 He is also managing to shoot with significant volume, averaging close to four shots per 95.

In the Champions League, Danjuma has been just as active, scoring four times and assisting once in 500 minutes, averaging 0.58 xG/95.

Danjuma’s strengths lie in his technical ability on the ball, his ability to get into excellent scoring positions regularly, and in his end product, which makes him an excellent option for any top club looking for a long-term option in their forward line.

Given he has only just moved to Villarreal, it will take serious money to prize him away from the Yellow Submarine, with his release clause rumoured to be €75m.

Liverpool have been most recently linked with a move for the Dutch international and it could be the perfect final step in his development to hone his ability on and off the ball.

In truth though, any major club across Europe would be lucky to get their hands on Danjuma given his level of production. 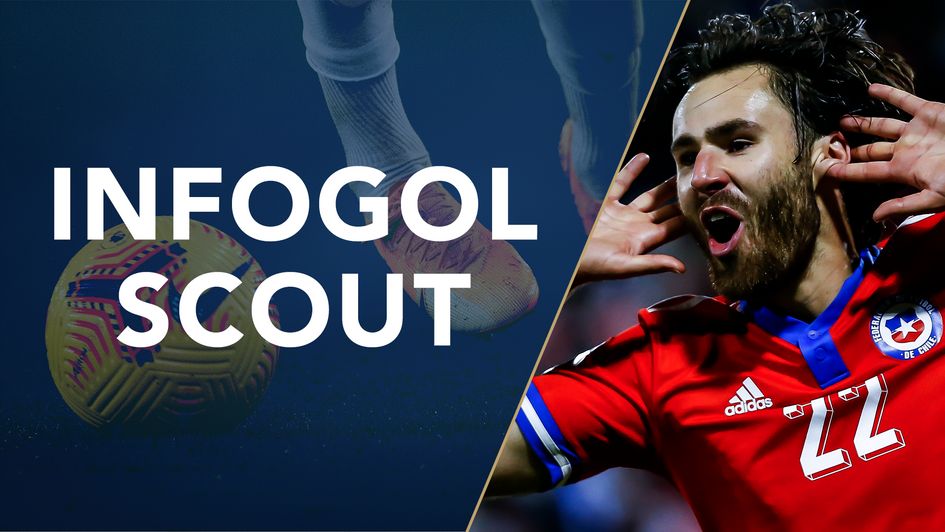 ALSO READ: Former scout Liam Henshaw uses data to identify who could be on the move from the Championship