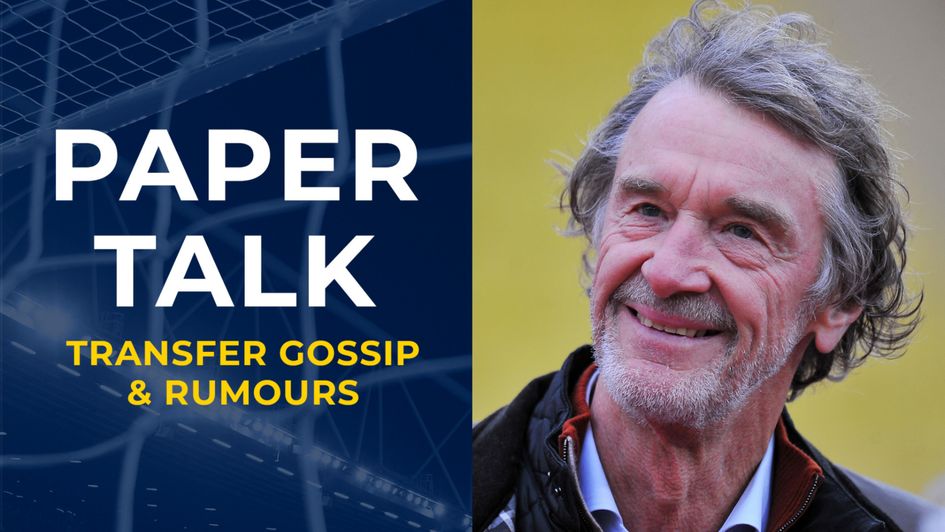 Jim Ratcliffe is eyeing a bid for Manchester United

The latest rumours and gossip from Wednesday's back pages, as the battle to purchase Manchester United hots up.

Al-Nassr are set to offer Cristiano Ronaldo are contract worth around £300m (Mirror).

Chelsea have cooled their own interest in Ronaldo as they are set to splash out £200m on Jude Bellingham and Declan Rice this summer instead (Sun, Mail).

The money for those deals could come from AC Milan's desire to sign Christian Pulisic, Hakim Ziyech and Ruben Loftus-Cheek, but Milan worry Chelsea may prove difficult to negotiate with after the Italian club so far refused to play Tiemoue Bakayoko this season because of an obligation to buy clause (Sun).

Inter Milan and Juventus are also keen on signing Pulisic in January (Mail).

The owners of Facebook and Amazon, as well as the Dubai royal family are all reportedly interested in buying Manchester United (Sun).

Manchester United are looking to sign a striker on a short-term deal in January (Mail).