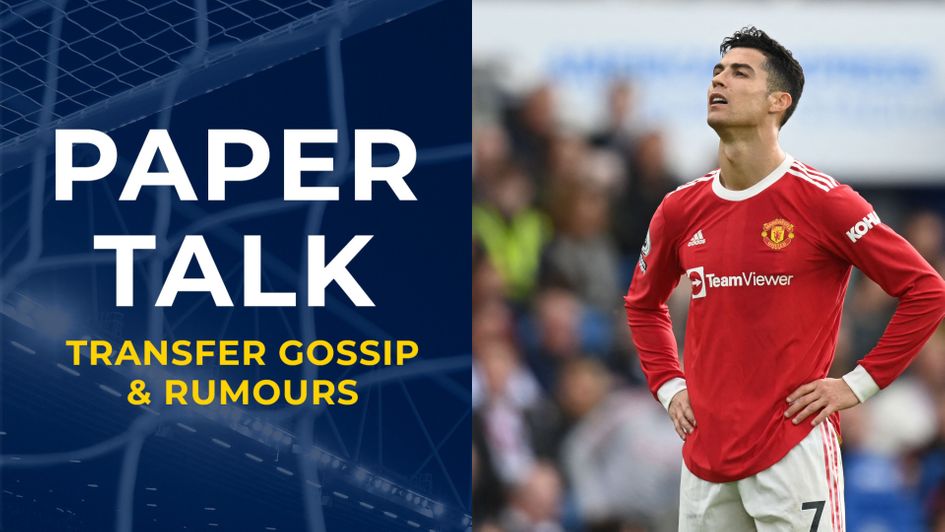 The latest rumours and gossip from Wednesday's back pages, including updates on Cristiano Ronaldo's future.

Chelsea are reportedly set to open talks to sign Cristiano Ronaldo after he was axed by Manchester United (The Sun).

Former teammate Rio Ferdinand has claimed that the Red Devils' boss Erik ten Hag has "got what he wanted" after Ronaldo's departure from the club was confirmed (Daily Express).

And it is being reported that the Portuguese mega star's exit will see Manchester United's wage bill slashed by more than 10 per cent and potentially free up money for Erik ten Hag to spend in the January transfer window (Daily Telegraph).

One replacement for United could be PSV Eindhoven forward Cody Gakpo, with Ten Hag's side leading the race for his signature according to reports (The Sun).

Bukayo Saka is set to treble his wages and become one of Arsenal's highest earners (Daily Mail).

Ralph Hasenhuttl is not in the running to become the next Rangers manager as Michael Beale's path to the job he craves became that bit clearer (Daily Record).

Jude Bellingham and Declan Rice will be at the centre of bidding wars between the likes of Real Madrid, Liverpool, Manchester United, Chelsea and Manchester City (Daily Telegraph).

Harry Kane has given England a massive injury scare after being sent for a scan on his ankle (The Sun).

Chelsea reportedly face having to pay Mason Mount £300,000-a-week on a new contract (The Sun).

Arsenal are considering a January move for Palmeiras star Danilo to keep their title tilt on track (The Sun).