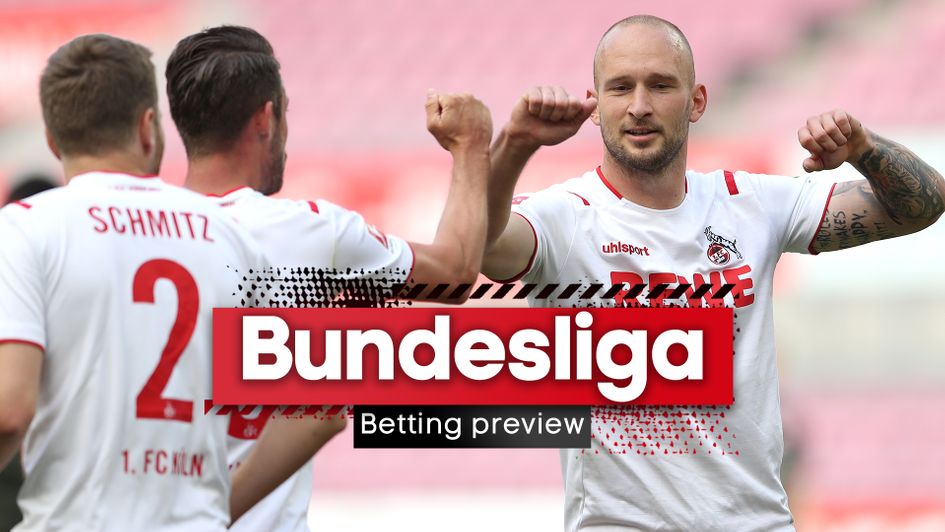 Our best bets for the latest Bundesliga action

Bundesliga: Weekend preview with best bets and odds for matches on Sunday May 24

With last weekend's Bundesliga previews returning profit, Tom Carnduff is hoping for more as he looks at Sunday's action. 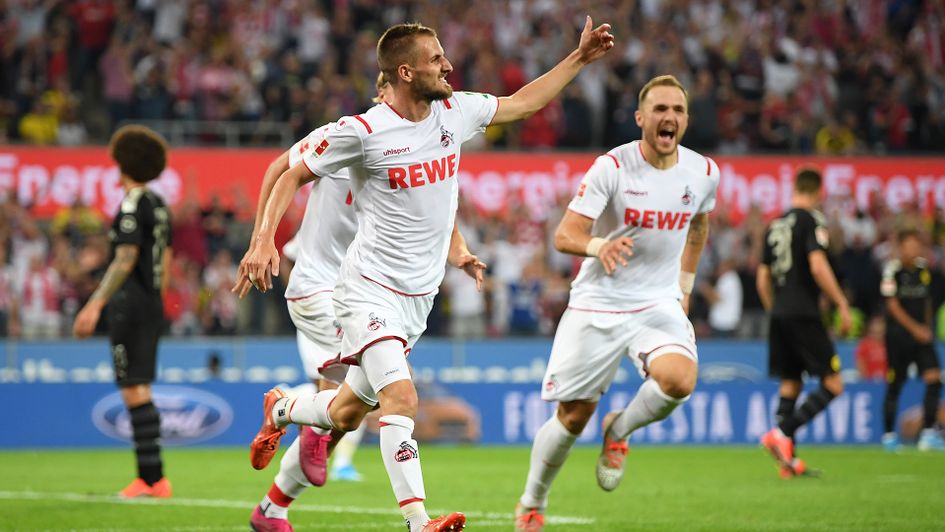 Celebrations for Dominick Drexler and Koln

I'm still slightly annoyed at Koln for throwing away a 2-0 lead having backed them on the -1 handicap last weekend.

They looked comfortable against Mainz before some questionable defending allowed their opponents a route back into the contest. With three points seemingly in the bag, they ended up walking away with one.

But I'm willing to forgive and back them once again for victory at they welcome struggling Fortuna Dusseldorf. One poor result shouldn't take away from their impressive upturn in performances since Markus Gisdol took the job in November.

The fact that the Asian Handicap currently has Koln trading at -0.75 also shows how the money is willing to forgive that dip in standards during the second-half of their draw with Mainz.

The first week of games were always going to contain some rustiness and while Koln suffered, so too did Dusseldorf as they offered fairly little against a Paderborn side who sit bottom of the table. 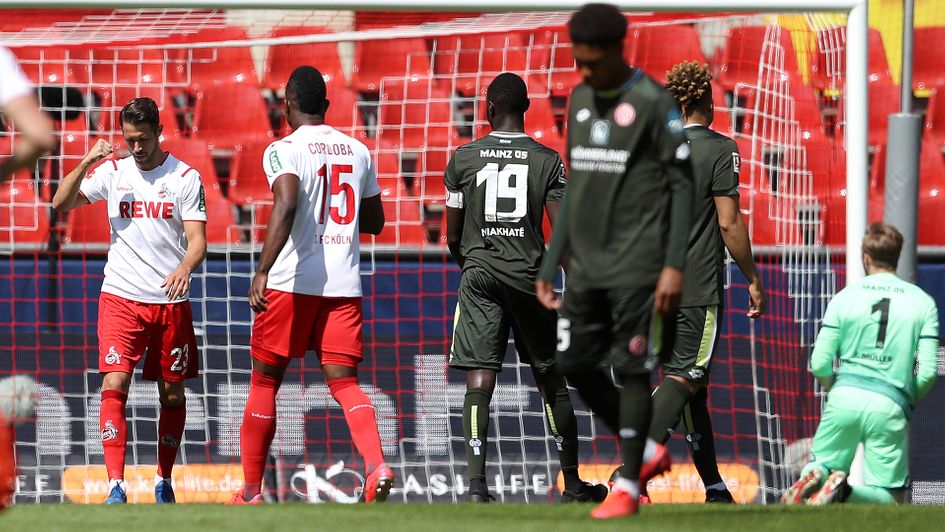 One star of this Koln side during the second-half of the season has been Mark Uth. The attacking midfielder made it five goals from seven games when he converted his penalty last time out.

The 28-year-old has been a constant threat going forward for the hosts and has posted at least two shots in each of his eight games on this side of the winter break.

Schalke are probably regretting the decision to loan him out in January having seen his performances since the switch. His average of 3.2 shots per game, alongside the 1.3 on target, make him a key part of this Koln attack.

Uth is in wonderful form and will fancy his chances of continuing it in a home game against a struggling side. His presence on set-pieces also adds to the chances that he will grab his sixth goal of the campaign.

Backing a home win seems the sensible idea in the outright markets, but it's worth going for that to happen with goals to squeeze out the extra value. 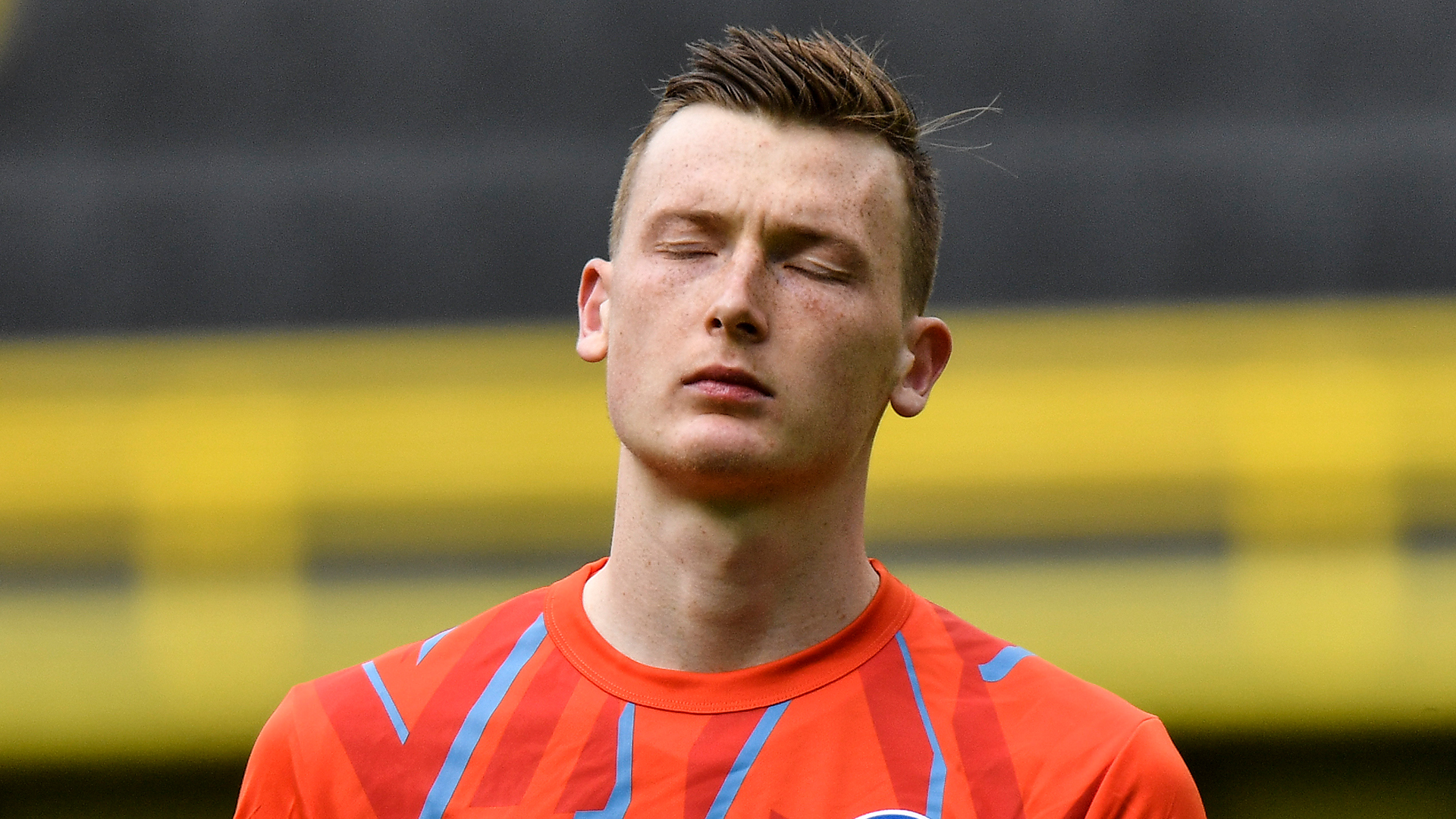 It was an afternoon to forget for Markus Schubert against Dortmund

Schalke's return to football couldn't have been much worse. They were convincingly beaten 4-0 by their biggest rivals Dortmund as they failed to bring a halt to their poor run of results.

While the first-half of the season was one of celebration for Schalke, who experienced a revolution under David Wagner's guidance, 2020 has quickly turned into a nightmare.

Since a 2-0 victory over Borussia Monchengladbach in their first game back from the winter break, Schalke have experienced four draws and four defeats, conceding 19 goals with just two in reply.

A return of four points from 24 has left them nowhere near the top-four. A slight positive is that over the same eight-game period, Augsburg have also posted the same.

Putting these two strugglers together in Sunday's first game hardly sets this up to be contest that will make you forget about the Saturday night hangover. Two shaky defences will be battling to have fewer mistakes than the other over 90 minutes. 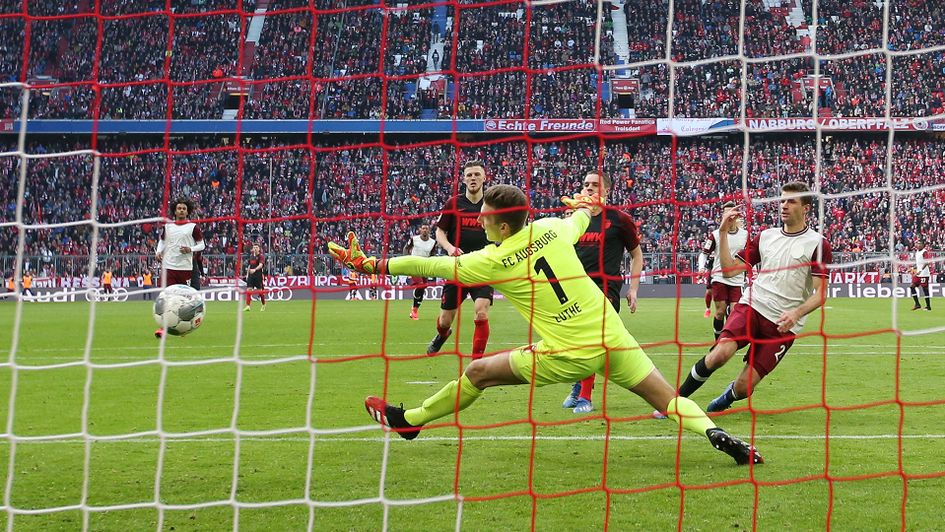 Augsburg have struggled since the winter break

That includes the goalkeeper area for Schalke, who have young Markus Schubert in net for Alexander Nubel. I looked at this choice earlier in the week and believed it to be the wrong course of action - you can read the full feature here.

Schalke take favouritism here but there are so many questions still surrounding this team. Dortmund easily found a way through their defence last week and, despite Augsburg's significant problems of their own, there's always going to be a concern that the same could happen here.

Augsburg have the worst record since the winter break and that was indicated in the fact that they were beaten by Wolfsburg last time out. Schalke's seven points gained doesn't place them much higher, but their -15 goal difference over the nine-game period is significant.

There's a complete unwillingness to back either side here, particularly with Schalke at even money value. There are better prices available on Freiburg beating struggling Werder Bremen and Hoffenheim beating bottom club Paderborn on Saturday.

Instead, the best bet in this game comes by sitting on the fence and backing the draw with a price of 5/2 available across the board. 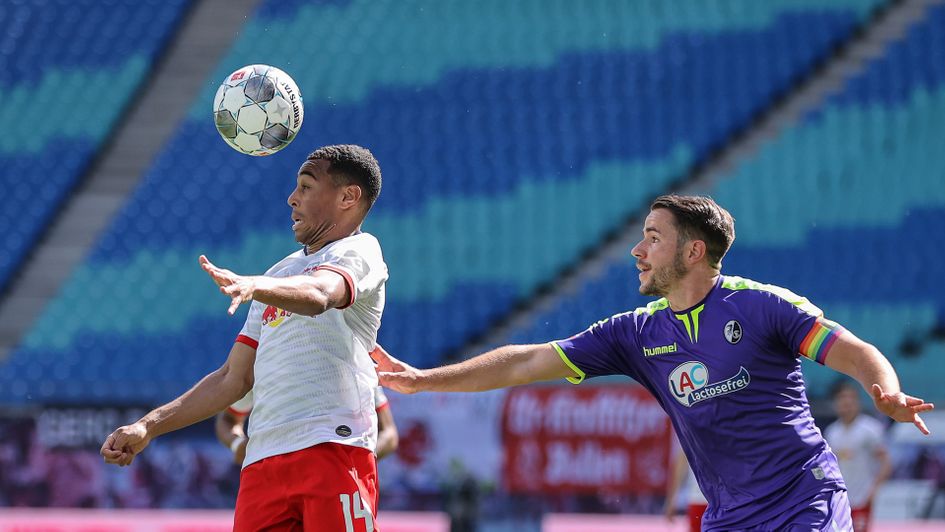 Leipzig in action against Freiburg

RB Leipzig were the only side in the top-five to drop points last weekend as they were held at home by Freiburg.

Julian Nagelsmann will be feeling annoyed that his side didn't produce better from the chances they created. Their 2.03 xG counted for nothing compared to Freiburg's 0.38. Given how their opponents had a 90th minute winner ruled out, they can perhaps count themselves lucky that they secured a point.

This week takes them to Mainz, a side who came from 2-0 down to draw 2-2 with Koln last week. It was one of the weekend's most entertaining fixtures, but the frustrating defending from Koln was made worse from the lack of atmosphere to provide a small distraction.

There's a good chance that this game provides goals given the chances created last week, although we're incredibly unlikely to see a repeat of the 8-0 scoreline in the reverse fixture - a game where Timo Werner netted a hat-trick.

The 4/9 price on a Leipzig victory provides little appeal. Even taking the away side on the -1 handicap takes us to shades of odds-against. Instead, delving into the stats market is where the best bet can be found. 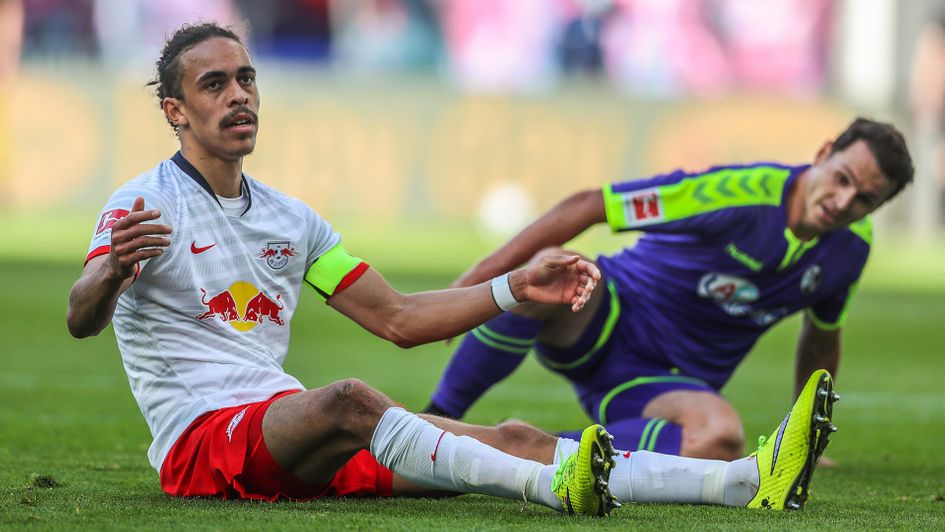 Yussuf Poulsen in action against Freiburg

The attention was on Werner in the last meeting between these two sides but there is value in backing Yussuf Poulsen to have chances to get onto the scoresheet. The striker netted in his last outing.

Poulsen has started Leipzig's last two fixtures where he posted a total of eight shots. His season average of 2.3 shots per game, despite a near 50/50 split of starts and appearances from the bench, highlight his threat in front of goal.

There's been some slight problems with replicating those to be on target, particularly with fellow striking Werner averaging 2.1 on target per game, but some consideration has to be given to the fact that he has been utilised from the bench as opposed to getting a position in the starting XI on multiple occasions.

It must be acknowledged that this Leipzig side provide a real attacking threat. Only Bayern Munich can boast more average shots on target per game, while the same can be said for total shots. Nagelsmann's men are seeing one in every 2.5 shots being on target.

In this contest, there's little to suggest that they can't play to their usual high standards in front of goal as they return to winning ways on the road.