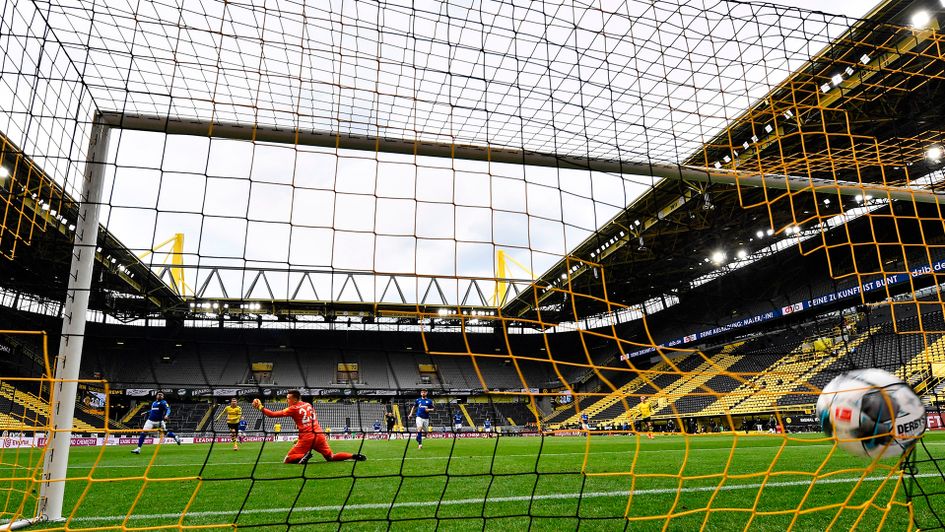 The eerie silence of the Geisterspiel welcomes back the Bundesliga

The Bundesliga is renowned for its vocal fanbases and passionate support, but Erling Haaland's distant celebration with his teammates in front of an empty Signal Iduna Park reflected the new abnormal for football.

Games without spectators are, of course, not a new creation with the Bundesliga already seeing one Geisterspiel when Borussia Monchengladbach beat Koln prior to the break.

It's a move that divides opinion. An argument can certainly be made to say that football should only return when we can continue as usual and the eerie silence was far from perfect, but this is football in the here and now. The first hour of broadcast seemed to be filled with double takes and more focus than usual as we attempted to adjust to what weekends will be like in the immediate future.

The sights of players arriving in masks, warming-up in stages, entering the pitch at different times and substitutes being spread out to ensure social distancing were all somewhat uncomfortable, but the joyous spirits of those in the Dortmund camp, with smiles from Haaland during the warm-up, suggested that these new steps are understood and even embraced by those involved. 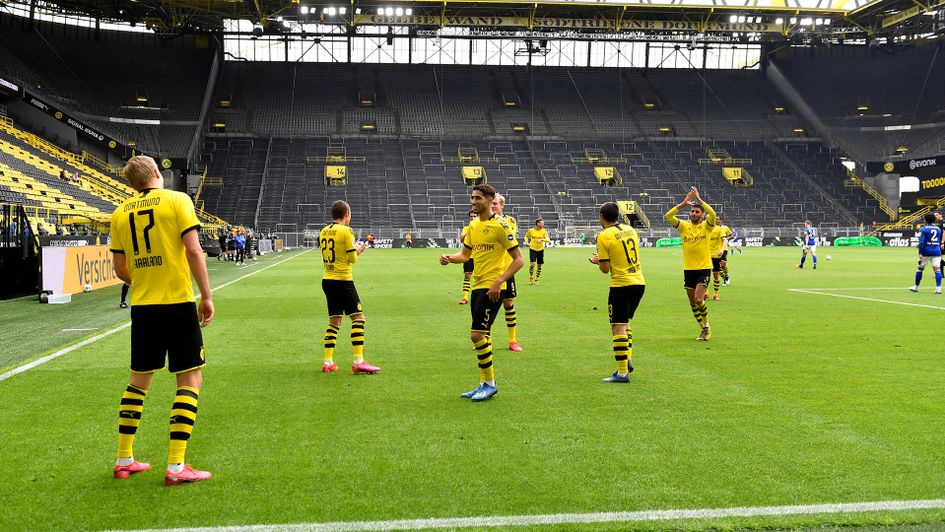 Perhaps Dortmund's clash with Schalke, staged in Borussia's famous Signal Iduna Park, was the ideal way to demonstrate the stark contrast between football in the past and football in the present.

Germany's fiercest derby was played without the constant sound of support in the background, without the roar that regularly greets this prolific attack. The Yellow Wall, world football's most famous stand, lay empty.

81,365 filled the stadium when Dortmund last played at home, a narrow 1-0 victory over Freiburg at the end of February, but the sight of around 300 people being allowed access is what those directly involved, and the millions who will now tune in on a regular basis with Bundesliga front and centre, will slowly become used to.

It wasn't just the lack of noise that gave this game a pre-season feel but so too did the slow and sloppy opening 20 minutes. Schalke's tenacity was met with loose passes from Dortmund, yet the hosts eventually got into gear and comfortably dismantled their biggest rivals.

That result wasn't that much of a surprise, even if there were questions to be answered about how teams would react to an extended period without play. Dortmund's dominance was a welcome sight to those outside of Gelsenkirchen. For 70 minutes, the action on the pitch eclipsed the weird surroundings off it. 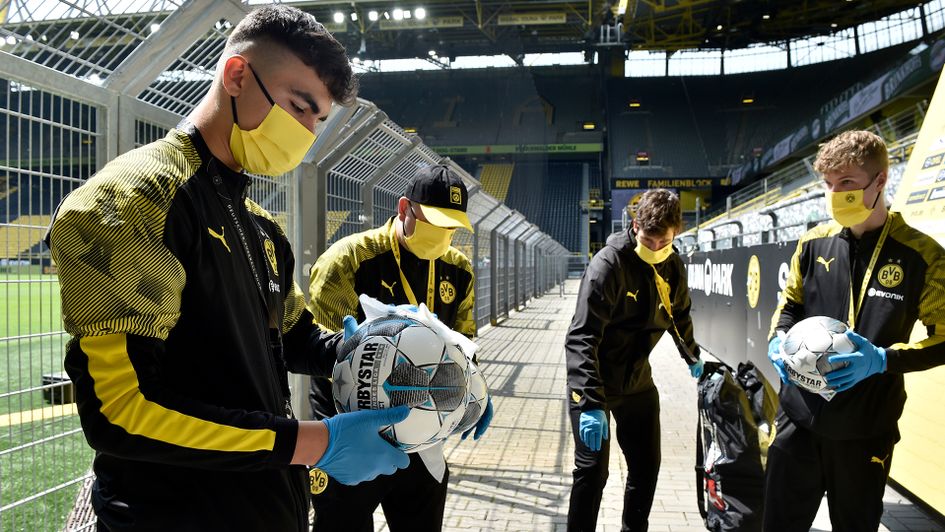 Footballs are disinfected before use

But this wonderful Dortmund team, not even at full strength, welcomed back football by doing what they do best: winning while entertaining.

Later, we had the joy of watching a Borussia Monchengladbach side who had no hesitation in picking up where they left off, scoring after 37 seconds, while Matheus Cunha also lit up the earlier kick-offs with his wonderful solo goal for Hertha Berlin.

But the concept of the Geisterspiel will have to change going forward, and Sunday presented two contests that reflected its downside. Koln blew a 2-0 lead as they drew 2-2 with Mainz while Bayern Munich enjoyed a routine victory against a Union Berlin side that offered little.

Koln's lacklustre defence appeared ten times worse with no crowd to draw away the attention. Union's lack of offensive threat, albeit an expected outcome against the defending champions, gave us a game that, for the first time this weekend, failed to really grab the attention in the overt fashion which is now required. 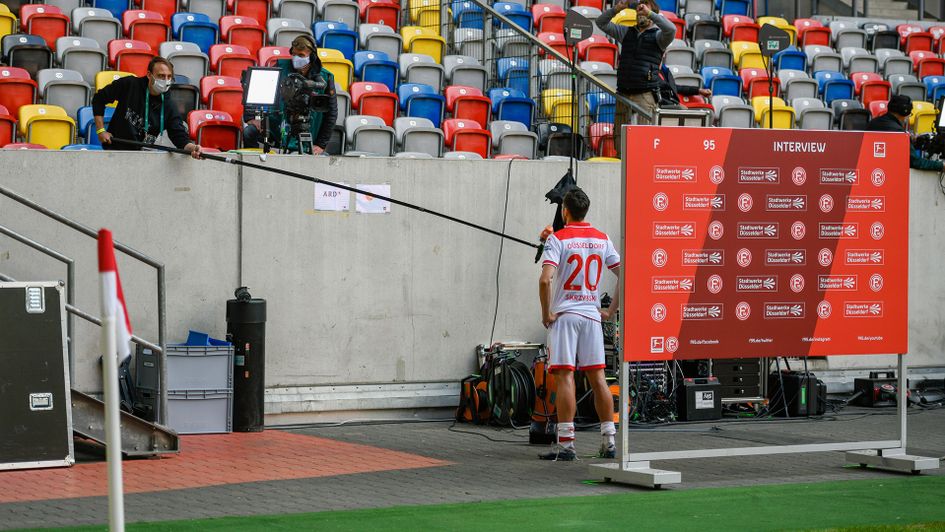 The league has to look at addressing the silence. While the lack of fans allowed us to hear the ball hitting the net more clearly, which is one of football's finest sounds by the way, it's worth sacrificing that if it removes the possibility of hearing a pin drop in these vast, glorious arenas, each of them made for people.

Most goals were met with the usual celebratory music that comes with it, but regular music throughout the 90 minutes shouldn't be the way forward. A constant soundtrack would further emphasise the lack of supporters and these measures need to do the opposite.

Playing with the monotone sound of chanting in unison, the subtle backdrop of the casual drum beat that comes with the German leagues, would probably be best and there's little doubt that the authorities will have this in mind as they wait to gauge the reaction from their returning weekend.

The Bundesliga coming back to our screens gives further hope to the Premier League, and Europe's other top domestic divisions, that we will see the full schedule return sooner than we first expected. For now, we adjust to football's new, peculiar feel. Imperfect at first, and a form that will never quite be right, but a more than welcome addition to our screens.