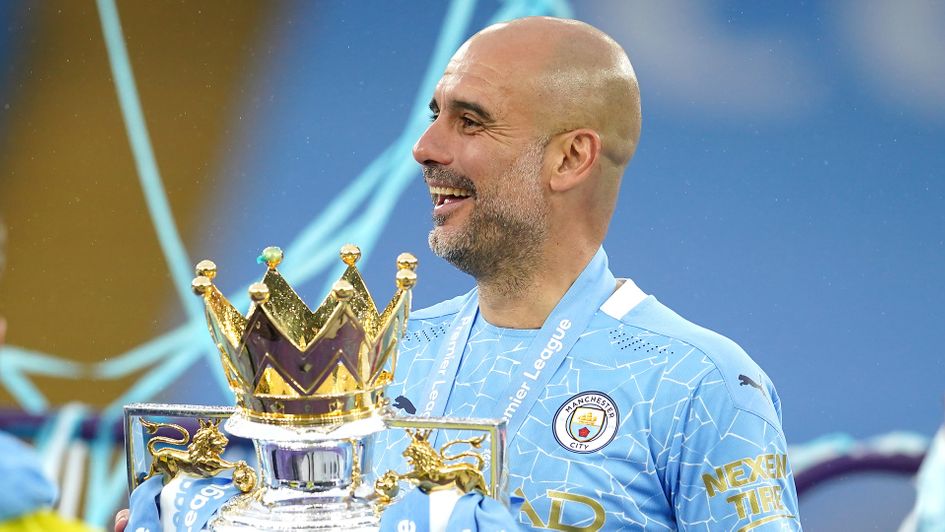 Premier League: Team by team xG analysis on the 2020/21 season

Liam Kelly picks out a data point of each team in the Premier League which either encapsulates their 2020/21 season, is of note heading into next, or is just downright interesting.

City's comfortable title success is thoroughly deserved, but it came in a way we might not have expected — driven by defensive solidity.

After starting the season with a relatively routine win at Wolves, City were severely exposed at the back against Leicester and Leeds, conceding a total of 5.73 xGA in those two games, performances that provoked a significant shift in approach.

Pep Guardiola's side posted astounding defensive numbers across their next 24 league matches, allowing an average of 0.62 xGA per game and conceding just 10 goals, a stretch that put them out of sight at the top of the Premier League table.

Ole Gunnar Solskjær should be satisfied that his team managed to push their city rivals as far as they did, but from a data standpoint, the story of United's season has been the ability to bounce back from a number seemingly impossible situations to end the campaign with an unbeaten record away from home.

They posted an +9.4 expected goal difference (xGD) away from Old Trafford. However, the distribution of those numbers is fascinating. 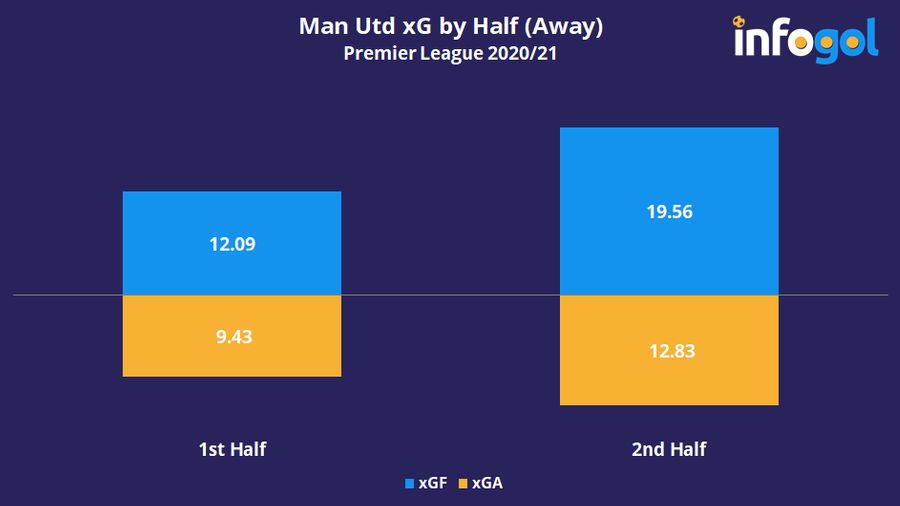 United won 28 points from losing positions on the road, kicking into gear after suffering a setback. Their underlying metrics in the second half are entirely representative of a team crowned as comeback kings.

Liverpool's title defence was far from what we were expecting but it has ended on a positive note, qualifying for next season's Champions League from a seemingly impossible position.

Despite a shocking number of injuries, the Reds have held up creditably at the back, but a substantial underperformance on their metrics going forward has seriously hampered Jürgen Klopp's side. Liverpool scored 68 goals from chances equating to 76.8 xG this season.

Incidentally, they outperformed their numbers by a similar amount in a title-winning 2019/20 season. It's almost as if these things balance out over time...

It's difficult not to feel sorry for Timo Werner at this point, so we'll quickly move on from the fact that the German has scored only six goals from 12.20 xG in the league this season, even discounting his goals chalked off for offside and his struggles in other competitions.

Let's stay positive and focus on Chelsea's rapid improvement under Thomas Tuchel, which has predominantly come on the defensive side of the ball, vaulting the Blues into a top-four spot alongside an FA Cup and Champions League final place.

Chelsea have conceded 13 goals while averaging an incredible 0.68 xGA per game across the 19 league games played under Tuchel. If they were to replicate such numbers over the course of the 2021/22 season, Chelsea will surely be challengers to the throne.

Leicester threw away their chance to qualify for the Champions League on the final day of the season, but in truth, the Foxes were never deserving of a place in the top-four.

Although Jamie Vardy fell short in terms of finishing his chances this term, netting 15 times from chances equating to 20.96 xG, his team picked up the slack, with Leicester scoring 68 times from 60.0 xG over the course of the campaign. 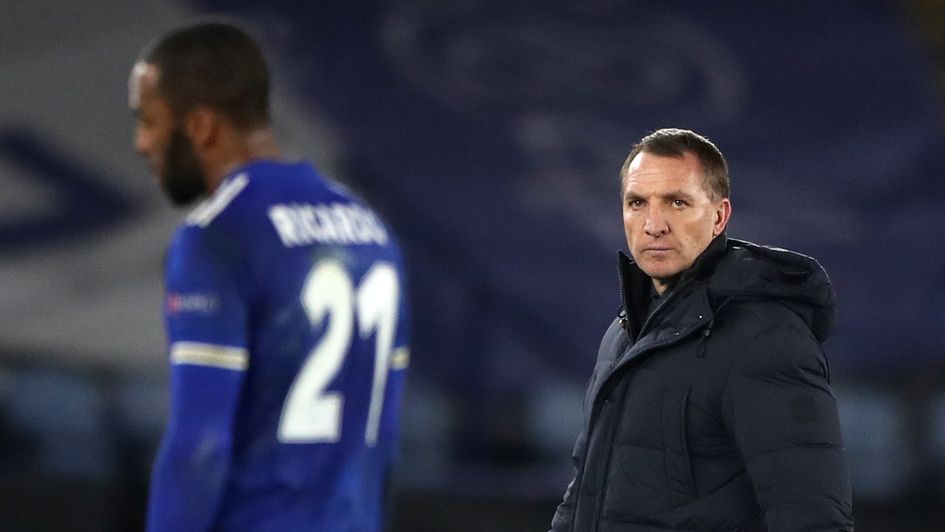 Ultimately, it was in vain, but a first FA Cup win is a nice remedy to yet another disappointing conclusion to the Premier League.

There isn't really a standout data point for the Hammers, which encapsulates their exceptional season rather well.

David Moyes' side have simply been a very solid unit throughout the Premier League campaign, averaging 1.64 xGF and 1.41 xGA per game.

An underwhelming end to the season saw West Ham miss out on Champions League qualification, but their efforts should be commended.

A frankly disastrous season for Spurs has the chance to become even worse. Harry Kane seemingly wants to leave the club, which would spell disaster for a club that has relied on his output so heavily this season.

Kane heads the Premier League scoring charts, scoring 23 goals from 21.19 xG, but, perhaps unpredictably, he also leads the league in assists (14), too.

Assists is a noisy stat, as advertised by his more representative expected assists (xA) total of 7.40, but it is nonetheless impressive given his contribution in terms of goals.

He appears to be irreplaceable on current form.

While it may not look pretty at times, Mikel Arteta has advanced the Gunners impressively over the course of the season. The Gunners have averaged 1.57 xGF and 1.20 xGA per game since Christmas, their best period since Arsene Wenger left the club. 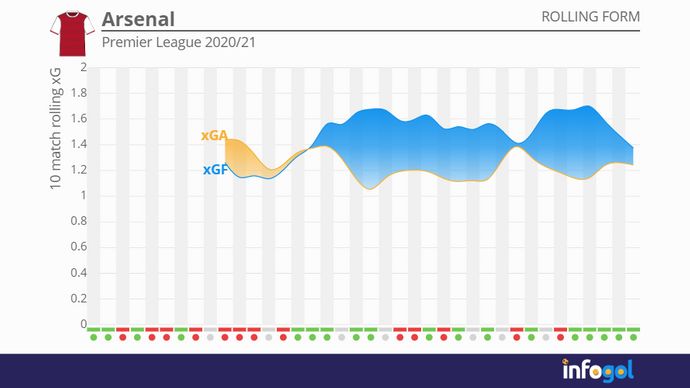 The future may be brighter than Arsenal fans think, not that they'll ever acknowledge it.

Marcelo Bielsa's side are undoubtedly the most entertaining team to watch in the Premier League, which is borne out in their underlying numbers.

Matches involving Leeds averaged 3.35 xG between the teams, a much higher figure than any other side in the league.

It's not been all show and no go, either. A top-half finish is an outstanding achievement for a newly-promoted team with such a refreshing attacking outlook, garnering just three fewer wins than second-placed Manchester United.

The Toffees have been in an unjustifiably privileged position for much of the Premier League season, ending the 2020/21 campaign in eighth place despite a underlying process deserving of a bottom-half finish.

Everton's problems at Goodison Park have been well-documented as a heavy anchor in what could have been a successful term, and for good reason.

Only Burnley, Crystal Palace and the three relegated teams hold an inferior expected goal difference (xGD) when playing at home than Carlo Ancelotti's side, who posted a -2.1 xGD across their 19 games.

Dean Smith's side were in an extremely promising position before falling away towards the end of the Premier League season, ultimately finishing in the bottom half.

Not much research is required to identify the turning point in Aston Villa's season — Jack Grealish's injury. 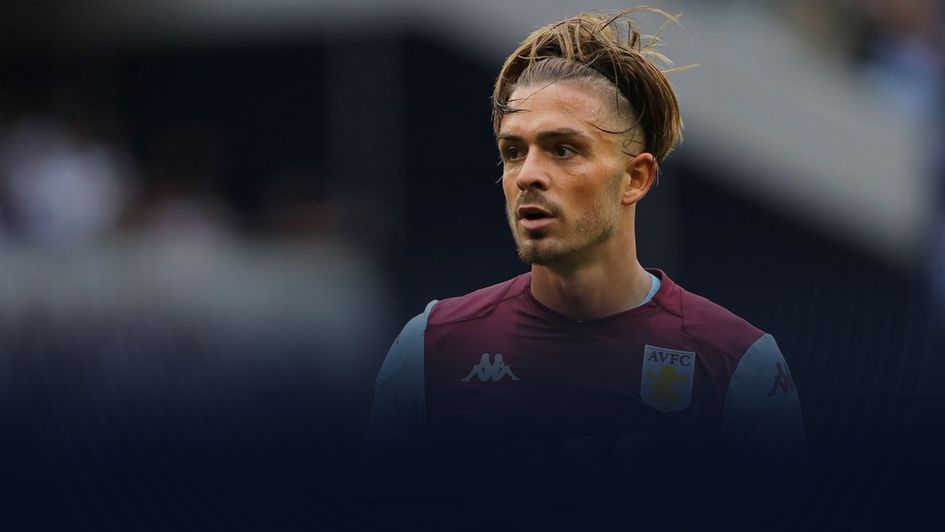 Aston Villa's Jack Grealish would be indispensable on any team

Despite looking like a true relegation candidate for much of the season, Newcastle survived with consummate ease, gaining 14 points from the final seven games.

The welcome return of Allan Saint-Maximin and Callum Wilson no doubt boosted Steve Bruce's squad, but the form of Joe Willock has been the driving force behind Newcastle's revival, scoring in each of those seven matches.

Willock has run hot during that period, scoring his goals from 14 shots equating to 3.5 xG, but his exploits have kept Newcastle safe. 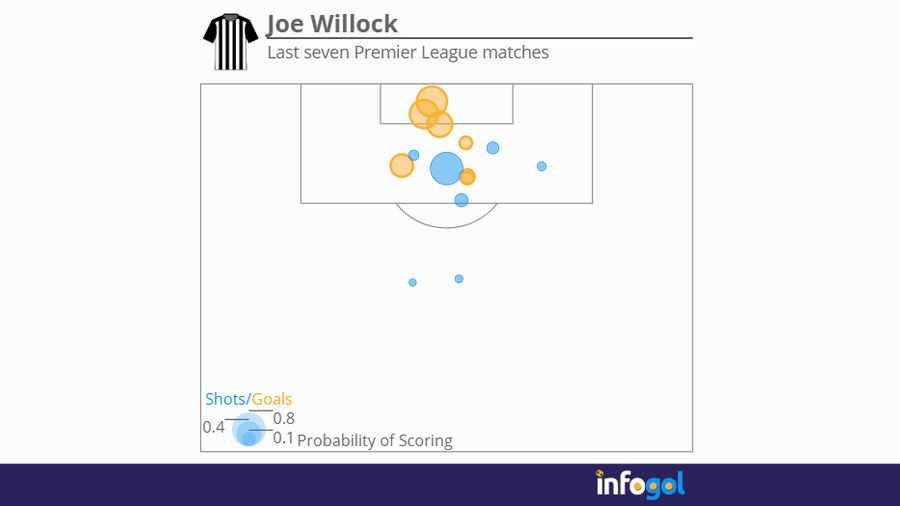 Amid plenty of personnel changes, Wolves were unable to sustain incredible defensive numbers from their previous two Premier League seasons.

Coupled with a sharp decline in metrics from an injury-hit attack, Wolves have been a very tough watch, which could explain Nuno's exit.

Roy Hodgson's stint as Crystal Palace manager is over, and he couldn't have picked a better point to call it time, achieving safety while grossly outperforming their underlying numbers.

The Eagles have done so for the second straight season, ending up 18th on Infogol's xG table with a -28.4 xGD. 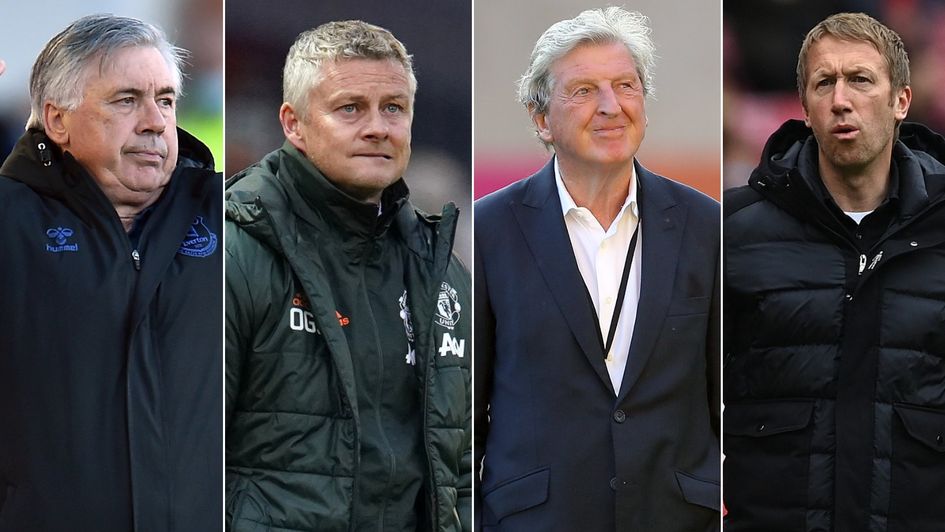 They do have a knack of creating and conceding chances at the right times, though, looking relatively solid after taking leads and only capitulating when seemingly out of the game.

The data tells us this, whoever replaces Hodgson has a mammoth task on their hands.

An injury-ravaged campaign is finally over for the Saints, comfortably remaining in the top tier after a relegation scare earlier in the year.

Southampton's standout stat relates to the lack of attacking threat Ralph Hasenhüttl's side have displayed this season, averaging just 1.24 xGF per game.

This is an easy one. Brighton's inability to win matches they dominate is both frustrating and comical in equal measure.

Brighton's underlying data perfectly summarises those frustrations, sitting fourth (!) on Infogol's xG table. A massive underperformance on their attacking numbers is the major propellant behind their underachievement.

Graham Potter can only set up his side to succeed, so the fact the Seagulls have scored only 40 goals from opportunities equating to 56.7 xG must be exasperating to watch from the sideline.

A regression to the mean would make Brighton serious challengers for a European place next season.

Burnley have Burnley'd their way to safety despite producing insipid underlying numbers all season long.

The Clarets averaged 1.13 xGF and 1.59 xGA per game en route to a poor finish, but, fortunately for Sean Dyche's team, three clubs failed to reach 30 points.

Alphonse Areola and a much improved Fulham defence over the course of the season performed admirably in the club's pursuit of safety, conceding 53 goals from 60.6 xGA.

However, the same can't been said of the Cottagers' attacking unit.

Fulham were anything but a chance creating machine this season, recording just 44.4 xGF in 38 games, but the fact that Scott Parker's men scored only 27 goals from those opportunities played a massive role in their relegation.

West Brom were on course to be an historically poor Premier League side under previous manager Slaven Bilic, averaging 0.73 xGF and 2.10 xGA per game before the Croatian was removed from his post.

Sam Allardyce had to make an immediate impact for a real possibility of survival, but it took a little longer than what was required.

Their resurgence may have started earlier if Mbaye Diagne wasn't so wasteful in front of goal. Diagne was adept at getting into excellent scoring positions, averaging 0.27 xG per shot (25 shots, 6.79 xG), but could only manage three goals in his time at the club. 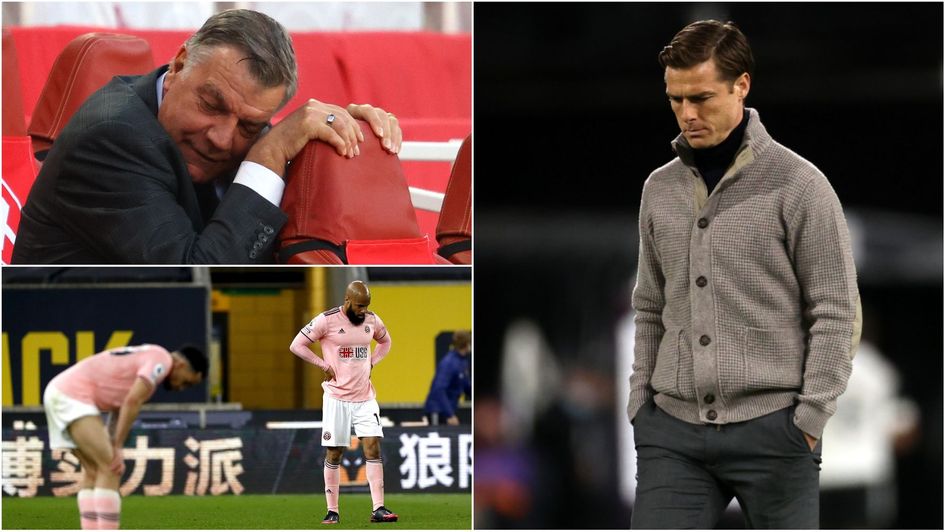 Sheffield United were always going to find it hard to stay up after gaining only two points from the opening 17 matches of the season.

Their underlying metrics were better than results suggest in the opening parts of the season during that appalling run of results, making an underperformance on those numbers the main catalyst behind United's struggles.

The Blades scored just eight goals from chances equating to 17.5 xG in those matches. Ultimately, the Blades couldn't recover from a barren spell that spoiled their sophomore season.