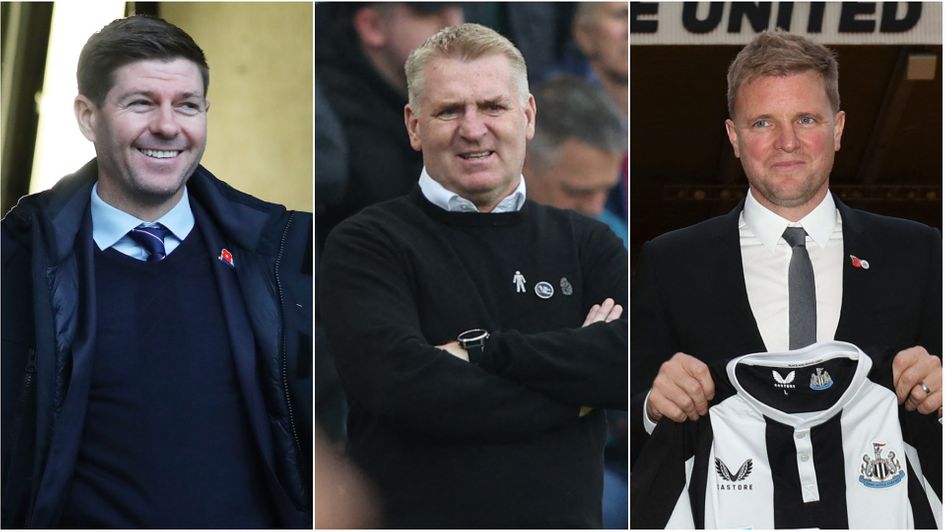 Three new managers take charge this weekend, all are in a relegation battle

Premier League relegation odds: Who's staying up and who's going down?

The Premier League resumes this weekend with three new managers and almost a third of the season gone. We have a fascinating relegation battle on our hands, writes Michael Beardmore.

Just 12 points separate sixth-placed Manchester United from bottom side Norwich at this embryonic yet part-formed stage of the season, with obviously no club yet mathematically safe from the drop.

But let's be honest, none of the top six, nor Spurs, are going down, are they? Below those teams in the markets, there are big prices on offer for Crystal Palace (best price 18/1) Wolves (22s) and Everton (25s).

All three have shown enough quality on occasion to suggest they should steer well clear of trouble but if you fancy a really speculative punt, Brighton - winless in six after a bright start - are 35/1 and 12th-placed Leicester a whopping 100/1.

While not totally discounting any of those teams, it would take an unexpected and sustained series of poor results to drag them into trouble so we're focusing on the clubs who sat in the bottom eight places heading into November's international break.

Can Norwich stay up?

Three weeks ago, after their abject 7-0 humiliation at Chelsea, it was difficult to make any case that Norwich could avoid another snap of the yo-yo and a second relegation back to the Sky Bet Championship in three seasons.

What a difference a win can make, though as the Canaries - who had already ground out creditable goalless draws against Brighton and Burnley before the Chelsea caning - won 2-1 at Brentford to move within five points of safety.

It was not enough, of course, to save Daniel Farke's job as he paid the price for eight defeats in 10 prior and Norwich's survival hopes will depend largely on successor Dean Smith, who must lift a squad not ideally equipped to compete at the top level.

Just five goals scored and 26 conceded tells its own story of problems at both ends of the pitch but back-to-back home games against Southampton and Wolves, followed by a trip to Newcastle, gives the new boss a chance to widen that chink of light. 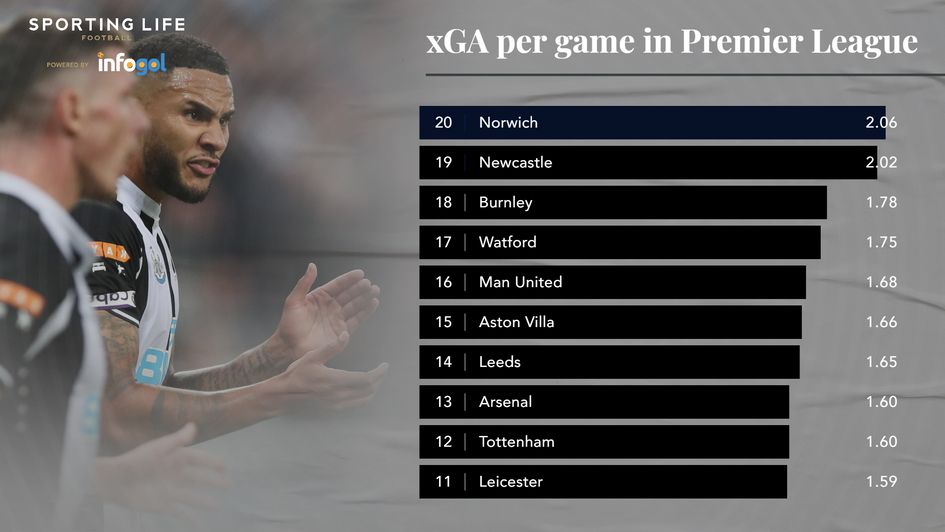 Will Howe save Newcastle from relegation?

As poor as Norwich have been, Infogol's Expected Goals (xG) table suggests they are not the worst team in the top flight - that dubious and frankly unwanted honour belongs instead to the team Eddie Howe has inherited at defensively-dire Newcastle.

Bizzarely, since the Saudi takeover and the supposed positivity it generated at the club, the team has regressed going forward, failing to register 1.00 Expected Goals For (xGF) in all of the past four games, having surpassed that figure in five of their first seven.

Indeed, that figure was woefully low (0.28) in the defeat by Chelsea and draw (0.38) at Brighton, albeit the Magpies might still have won the latter if not for Robert Sanchez's late professional foul on Callum Wilson.

The elephant in the room, of course, is the January transfer window and how big the new owners will spend to ensure survival - right now, with a new manager to throw in the mix too, it's too tough to predict just how this ongoing circus will end.

Is this the season Burnley go down?

That's reflected in their relatively respectable goal difference of -6 and they are on an upward curve after creditable draws at Southampton and, particularly, Chelsea, plus a vital win over Brentford, all since the arrival of lively Ivorian Maxwel Cornet.

Manager Sean Dyche's nous is probably a large reason why the bookies go shorter on Burnley to stay up than go down - but, as has happened at Bournemouth, Stoke, Swansea and others in recent years, there is a feeling of 'is this the season they go'? 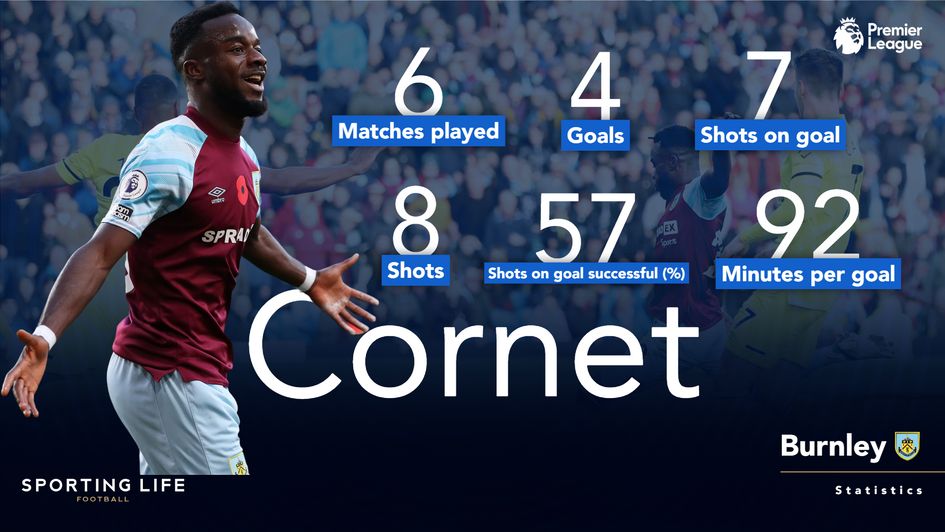 Watford heading back to Championship

Will Watford stay up or go down? Will Claudio Ranieri still be in the job at the end of the season? Or come Christmas for that matter? As always with the seemingly happily-unstable Hornets, there are more questions than answers.

They are the epitome of a team so tough to figure out - they looked irresistible in the second half at Everton when thumping the Toffees 5-2 - although in fairness their opponents did implode defensively - but have recorded four blanks either side of that with some pretty unimpressive xG numbers to boot.

Ranieri has done little since his unforgettable title win with Leicester and if you fancy Watford to go down, now's the time to strike: their price will surely be much shorter after they face Man Utd, Leicester, Chelsea and Man City in their next four.

Will it work for Gerrard at Villa?

It is only two and a half years since Aston Villa were plying their trade in the Sky Bet Championship - and they looked set for a fairly long stay in the second tier until boyhood fan Dean Smith and Jack Grealish inspired a late push to play-off glory.

The fear of returning to such doldrums after spending a lot of money since then - albeit having recouped £100m through the sale of Grealish - prompted the Villa board to sack Smith last week after it went a bit pear-shaped with five straight defeats.

The calibre of player at successor Steven Gerrard's disposal, combined with the quality his name value and Villa's newfound spending power could attract in January, should be enough to climb the table.

But they really need to win soon to arrest an alarming slide that currently has them 17th in Infogol's performance-based xG table. 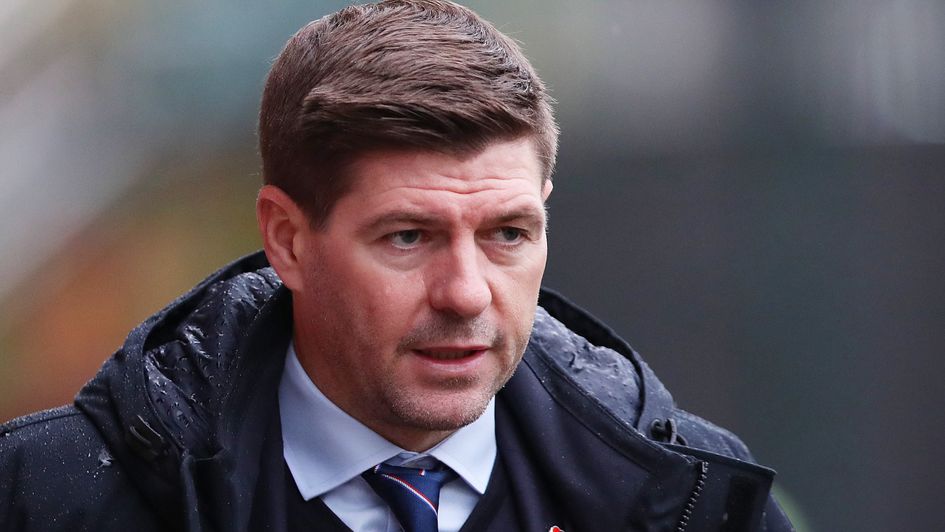 ALSO READ: Why Steven Gerrard has a tough job ahead at Villa Park

Priced up pretty much the same as Villa in the markets, Leeds' dip in results after an impressive return to the top flight last term has perhaps been even more of a surprise than the Midlanders' malaise, given the latter did lose Jack Grealish after all.

The Whites have been nowhere near as free-flowing as they were last term but have collected results against sides they should be taking points off - wins, albeit narrow, over Watford and Norwich plus draws with Everton, Newcastle, Burnley and Wolves. 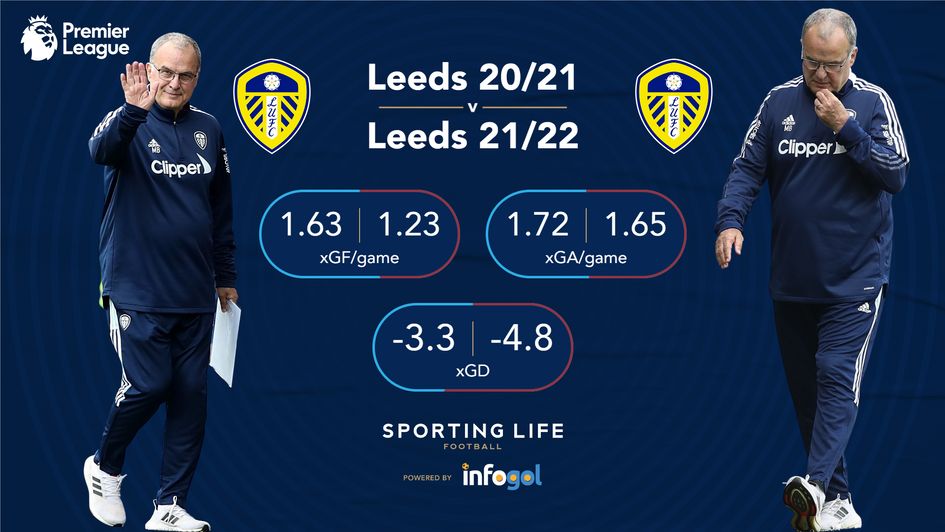 In fairness, Leeds have a ready-made excuse for their struggles - the absence, through injury, of top scorer Patrick Bamford.

And as the figures show, they desperately need him back, with Leeds' creative numbers well down on last season.

Are Brentford being overestimated?

A month ago, Brentford might not even have been in this conversation but a thoroughly unjust defeat at home by Chelsea (xG: 2.16-0.31) has sparked a four-game losing streak for the Bees.

Losses to Chelsea and then Leicester, two top-five clubs last season, can be shrugged off for a club making its bow in the Premier League but the subsequent defeats to Burnley and, particularly, Norwich will worry boss Thomas Frank.

It sounds silly to say about a team that has beaten Arsenal and West Ham, and held Liverpool, but Brentford's next game, away at Newcastle and new boss Eddie Howe, looks a very important one.

As pleasing on the eye as their football is, combined with an ability to mix things up, there is a nagging worry they might lack some of the survival nous their rivals possess.

Under-performing their xG of 17.8 by almost five (the Bees have scored 13) may be a short-term concern, but if they continue to create the chances they are doing, they should be OK. The price is tempting though.

Southampton too good to go down

Very much the outsiders of the teams we are considering, the Saints cannot be completely discounted after showing in the second half of last season they are more than capable of going on a dodgy run.

However, three wins in their past four, all by 1-0 margins against sides below them in the table in Watford, Leeds and Villa, suggest that Ralph Hasenhuttl has cured the soft underbelly that plagued the Saints last term.

Indeed, only three teams have conceded fewer goals than the 12 Saints have let in - and that is good company to be in because that trio are Liverpool, Chelsea and Manchester City.