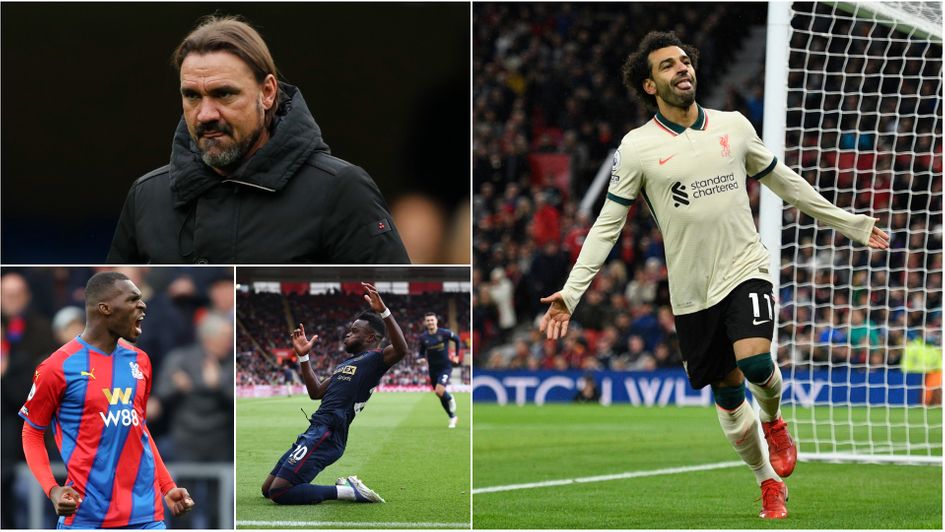 Claims before the start of the season that Norwich were better equipped to tackle the Premier League in 2021/22 — despite possessing an arguably poorer squad — appear well wide of the mark just nine games into the campaign.

The Canaries were abject in almost every sense against Chelsea in the early afternoon slot on Saturday, perhaps unfortunate to conceded seven goals from a still relatively high total of 2.91 expected goals (xG), but also offering nothing from an attacking standpoint (0.22 xG).

That has been an issue all season long for Daniel Farke's side, averaging just 0.86 xG per game en route to scoring only two goals in total, one of which was from the penalty spot. 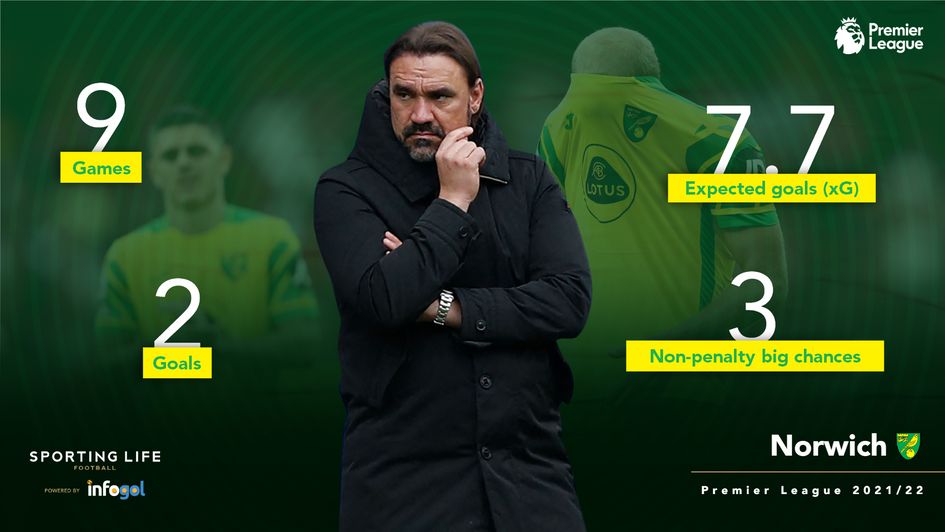 On the face of it, you would expect Norwich to regress to the mean somewhat, but the overall quality of their chances makes their underperformance a lot more understandable.

After all, Norwich have created just three non-penalty big chances in nine matches.

The good, the bad, the Benteke

To swiftly put that final Norwich statistic into perspective, Christian Benteke had five non-penalty big chances and a total of 2.05 xG in Crystal Palace's 1-1 draw with Newcastle on Saturday.

The Belgian striker was a little unlucky, striking the woodwork twice and having a goal disallowed, but the squandered scoring opportunities kept Patrick Vieira's side from claiming all three points. 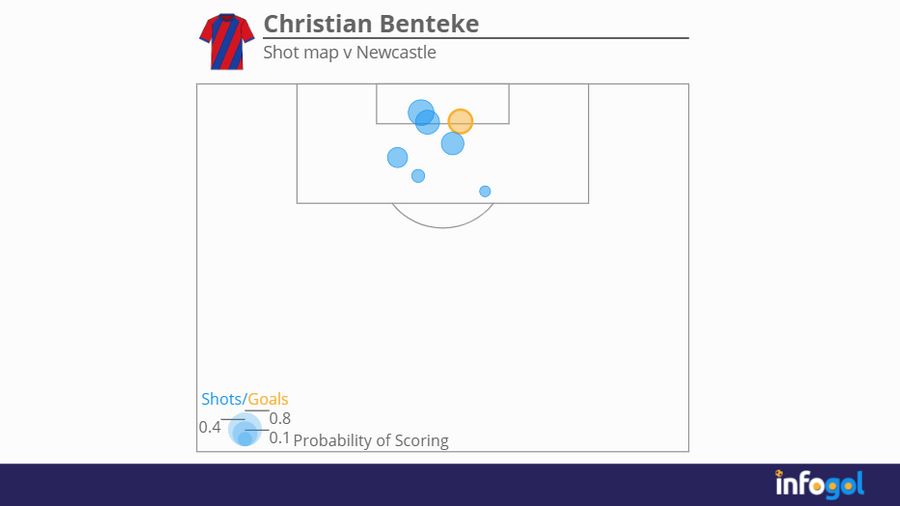 It's difficult to ardently criticise Benteke for the performance, though. It was both good and bad. He was the catalyst behind creating the majority of the Palace chances, only for his persistent issues with finishing to surface.

Despite the unwanted result, Palace continue to impress under new leadership. If not for some minor missteps in the early parts of the season, they could be much higher in the table.

Cornet a sweet deal for Burnley

Maxwel Cornet's move to Burnley was one of the more curious transactions in the summer window — a round peg in a square hole type of transfer.

Although they're not known for an interest in players with a penchant for panache, Cornet might be exactly what a stale-looking Sean Dyche side needs to fend off relegation for another season.

In just 224 minutes played, Cornet has scored three times from seven shots totalling 0.94 xG, becoming an immediate threat in a team that has lacked attacking purpose this season. 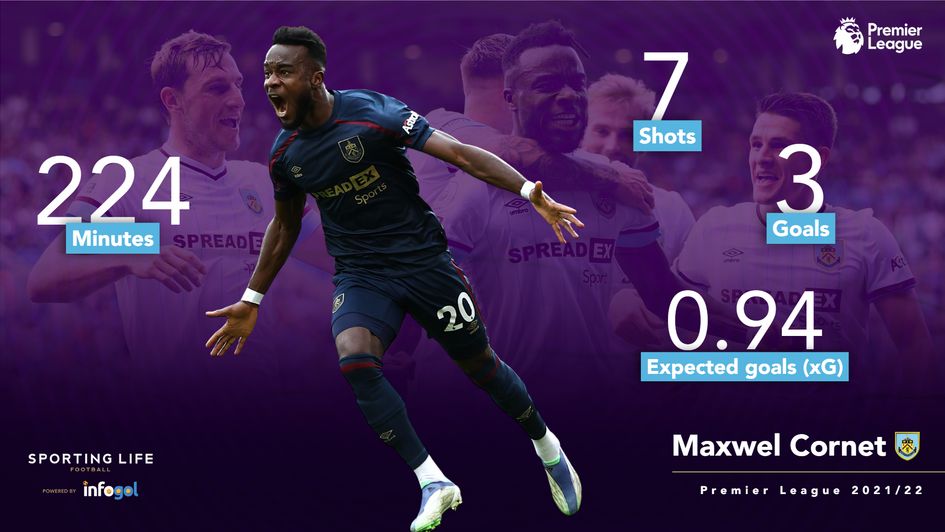 Burnley are averaging 1.20 expected goals for (xGF) per game, making Cornet's quality invaluable for a club who have starved their fans of such things for so long.

It's almost as if football is more fun if you have at least a couple of players with some flair!

The discourse in the wake of Manchester United's embarrassing 5-0 defeat to bitter rivals Liverpool will undoubtedly be dominated with negativity about the display Ole Gunnar Solskjær's side put in.

From a data perspective, however, Liverpool's continued excellence as an attacking unit is worth further discussion.

If we look at Liverpool's 10-match rolling xG averages over the course of Jürgen Klopp's reign, this is easily the most fearsome the Reds have looked going forward in the Premier League, while still holding a solid defensive level. 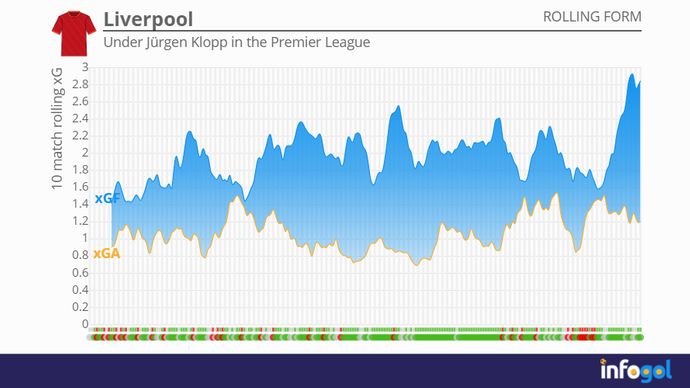 Only Manchester City have held Klopp's team to under 2.0 xG this season, with Liverpool creating chances equating to an average of 2.93 xGF per game in the league.

Maybe we shouldn't be so surprised. Mo Salah looks like the best player in the world on current form, while Sadio Mané, Roberto Firmino and Diogo Jota are all fit and firing.

Hopefully the astounding level Liverpool are playing at won't be lost in the post-weekend noise.

They appear better than ever.