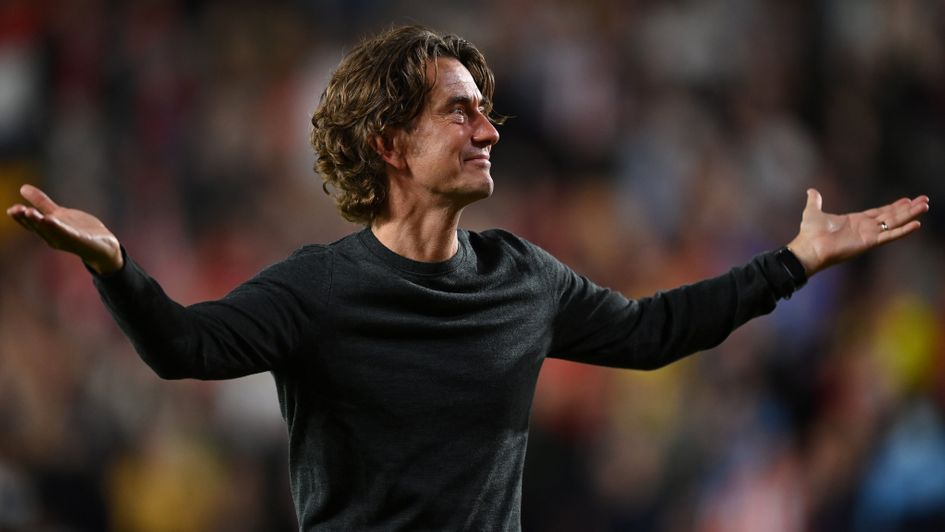 It is strange that so much attention is being given to signs of Chelsea struggling to play with fluency in the last few weeks, and yet despite sitting top of the Premier League table Thomas Tuchel’s side do look like they need a change of sorts.

Romelu Lukaku’s form has dipped and the football is looking slightly passive – which is not what you want going into a game against this scrappy, aggressive, and savvy Brentford side.

Thomas Frank’s team have already claimed major scalps this season and, with 12 points from seven games, have shown both a fearlessness and a pragmatism in their approach that may well ruffle feathers in the Saturday evening kick-off in west London.

Brentford stand a good chance of capitalising on Chelsea’s slight downturn and, once again, causing an upset.

Direct and confrontational, Brentford surprise everyone

Brentford play some attractive football at times, most notably through a superb strike partnership of Bryan Mbeumo and Ivan Toney and the advancing wing-backs, but what catches teams by surprise is the directness and physicality of this team.

They are not aesthetes or possession-centric, but rather – like Sheffield United – a hard-working and tactically-detailed team who look to get the ball into the final third quickly.

Frank's side are joint-bottom for average possession alongside Burnley, with 41%, and are bottom of the division for passes per minute of possession (12.1) and for touches in the opposition penalty area (96 in total). 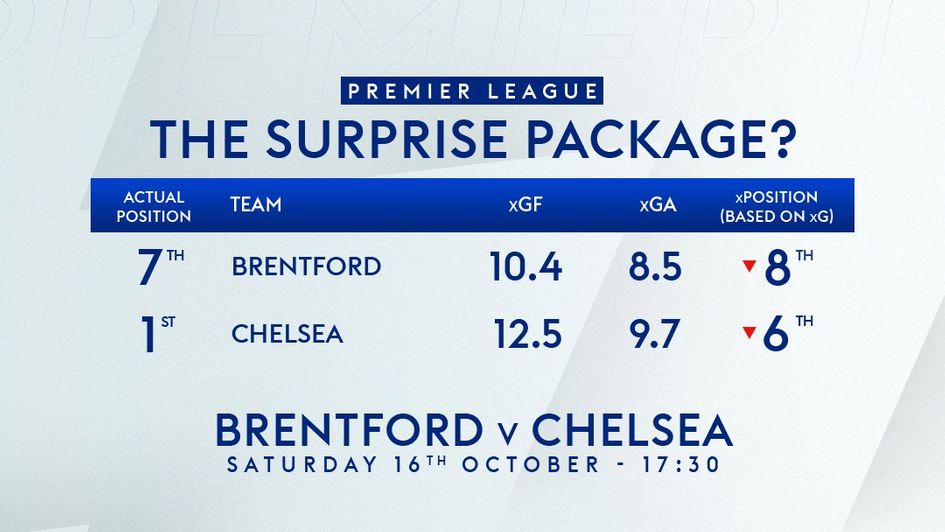 Furthermore, Brentford rank second in the league for 'high passes', measuring passes that peak at chest height or above, with 733 so far, and have won the second-most aerial duels (19.6 per game).

They rarely apply pressure in the final third but are among the best at doing so in the central third and their own – as evidenced by Brentford ranking second for tackles (20.1 per game) and third for interceptions (49.7 per game).

Chelsea are likely to be vulnerable to this kind of organisation as Brentford sit back a bit and snap into challenges, as well as to the directness of how Frank’s side will play longer balls forward for Toney and Mbeumo.

Tuchel’s developing issues in a 3-4-3

Increasingly struggling to create clear-cut chances, it looks as though Tuchel needs to start moving away from the 3-4-3 formation.

The German arrived at Stamford Bridge with a reputation for frequently changing his system to suit the opposition, and yet so far he has stuck rigidly to a back three – which made sense as he settled in last season but is starting to look flat and predictable.

A 'progressive pass' is a forward pass at least 30m in length when the pass starts in a team's own half, or at least 10m in length in an opponent's half.

Chelsea are sixth for shots on goal, behind even Leeds United and West Ham, and a lot can be read into the fact they are fifth for progressive passes – with ten fewer than Man City per match – yet have the league’s highest passing rate (passes per minute of possession).

In other words, too much of it is sideways and not enough splits the lines.

This is partly because they are adjusting to using Lukaku as a fulcrum but partly that a two-man midfield looks static, with opponents increasingly capable of sitting back and reducing Chelsea to aimless possession.

This is exactly what Brentford will do; that assertive pressing in the centre of the pitch should cut off the passes into Chelsea’s narrow front three, slowing the game down.

Unfortunately for Tuchel, this is not the right moment to move away from the 3-4-3. Back threes tend to need mirroring or else there is a numerical advantage to the opposition, and so we should get a somewhat repressed performance from the visitors.

Should the plan work as expected, then on the break Brentford’s Mbeumo and Toney will be hoping to win their aerial duels with the Chelsea back three and bring Sergi Canos and Rico Henry into play in the spaces that can open up on the outside of Tuchel’s narrow system.

Depending on the inside forwards selected (and Tuchel ought to start Mason Mount if they hope to improve their build-up play) the Chelsea wing-backs are likely to be caught ahead of the ball, leaving few bodies in the wide positions as Brentford pour forward on the break.

Few teams are as committed as Frank’s on the counter; they will get lots of players into the final third, expecting Canos and Henry to find room to create chances.

Pulisic can unlock an Ajer-less defence

However, as is so often the case when the elite teams take on the middle-class clubs, the nuances of the tactical battle may become unimportant if the superior attacking players can simply win the ‘moments’ – and with Christian Pulisic returning from injury Chelsea are still favourites for a reason.

Pulisic offers an ingenuity between the lines that none of Tuchel’s other inside forwards can provide.

The American, who scored on the opening weekend of the season only to be withdrawn through injury, is set to return to the starting line-up on Saturday and will be buoyed by the news that Kristoffer Ajer is unlikely to feature.

Without their defensive leader, Brentford might just be worn down by the sheer amount of talent in the visitors’ attack. 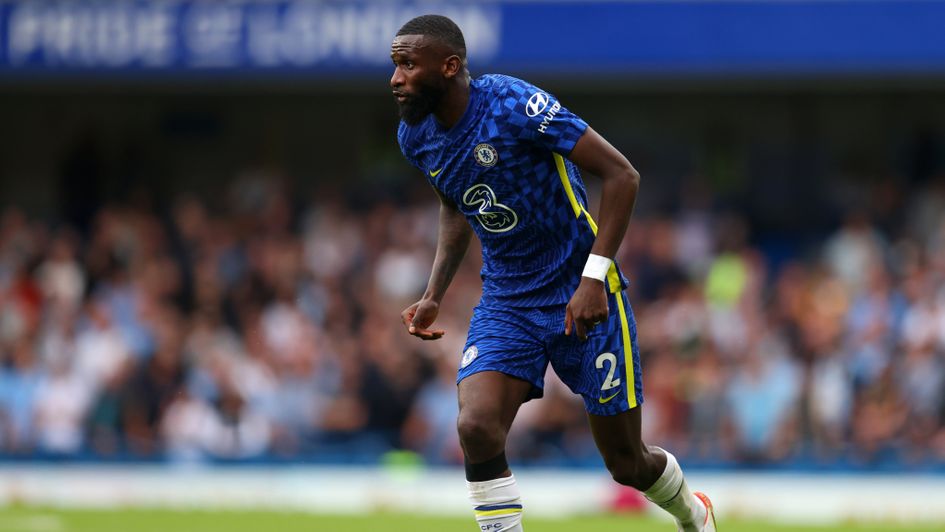