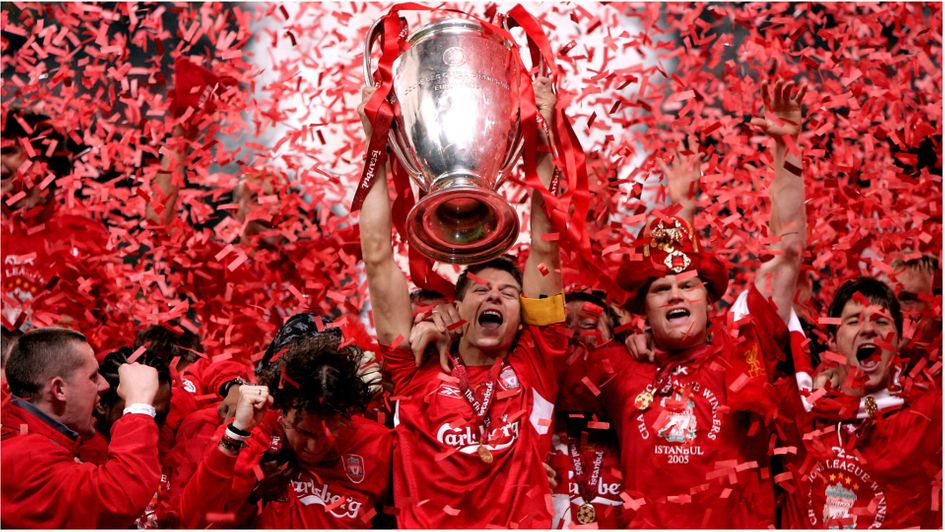 Miracle of Istanbul: Liverpool's epic Champions League comeback against AC Milan On This Day May 25, 2005

Steven Gerrard inspired Liverpool to the most amazing comeback in Champions League final history as they stunned AC Milan in the Miracle of Istanbul on May 25, 2005.

The Reds had made a surprise run to the final, beating Chelsea with Luis Garcia's 'ghost goal' at Anfield in the semi-final, but they were up against it as they took on the powerful AC Milan packed with world stars.

Rafa Benitez was in his first season in charge at Anfield but it looked like being an ultimately unsuccessful one as they famously fell 3-0 behind by half time.

Paolo Maldini put the Italians ahead after just 52 seconds in Istanbul, and it went from bad to worse for the Merseysiders as Harry Kewell went off injured before Kaka picked them apart at will and Hernan Crespo scored twice more to make it 3-0.

Liverpool fans famously sang throughout the break, with the noise filtering through to the dressing room and help spark what would become one of the most unlikely and incredible stories.

A tactical masterstroke from Benitez also helped, bringing on defensive midfielder Dietmar Hamann for right back Steve Finnan and going to three at the back. The move helped shackle Kaka and also release Gerrard to power further forward.

Three goals in six minutes had Milan shaking their heads in disbelief - Gerrard got the ball rolling with a 54th-minute header, before a Vladimir Smicer strike found the bottom corner and Xabi Alonso smacked in the rebound from his own penalty after Dida saved it to make it 3-3.

Neither side knew what to do next, both stunned at what had just happened, but it was Milan who came on strongest during extra time when Jerzy Dudek needed to produce a miraculous double save to deny Shevchenko and you sensed then that Liverpool's name was on the trophy.

And it soon was, with Dudek conjuring up memories of Bruce Grobbelaar's spaghetti legs from the 1984 final to help put Milan's players off, and saving from both Pirlo and Shevchenko to hand Liverpool a fifth European Cup success.

Jerzy Dudek told the BBC about his penalty shootout heroics, saying: "Every time I went with the ball to the player, I looked in their eyes, gave them nicely the ball - and then asked them if they're going to go the same as always. Then I turned my back to the goal.

"I think Shevchenko wanted to put the ball to my right but he knew I'm going there. Then he wanted to score in the middle of the goal but I was there as well.

"When I stopped it, in the first milliseconds, I thought maybe it's not over yet but when I saw the guys running at me, I said 'oh my god' - this is it, this is finished, that's the moment of your life.

"Everywhere I go during the last 15 years, when people see me they are always asking: 'are you Jerzy Dudek?' They always remember this final."

It remains the most epic Champions League comeback, and perhaps the greatest we've ever seen in football.