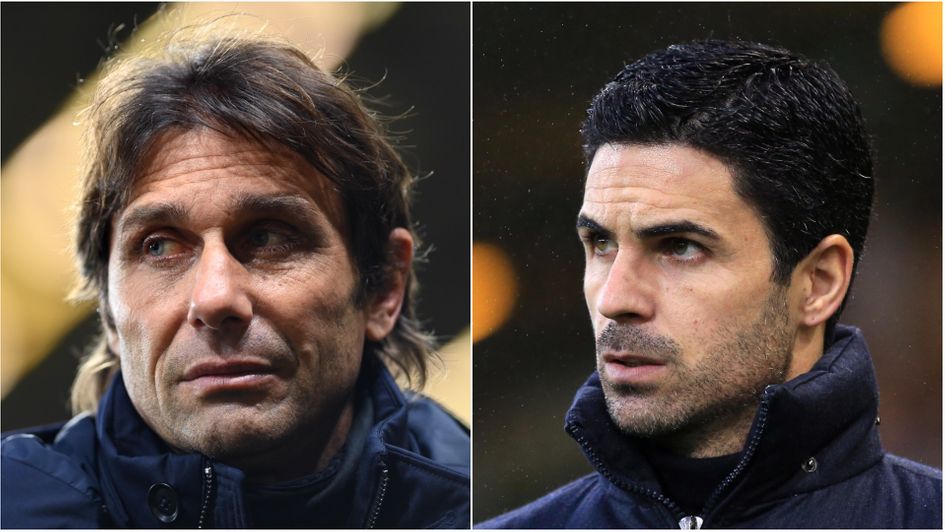 As Bukayo Saka gave Arsenal a three-goal lead with just 34 minutes played at The Emirates the worry was that Tottenham Hotspur would be on the end of an historic defeat.

Nuno Espirito Santo watched on helplessly as the hosts tore through a ghostly midfield, Martin Odegaard and Emile Smith Rowe combining through the middle to terrorise a Spurs shape that looked beyond clueless.

Nuno held on for another few weeks but it felt clear that day that the former Wolves manager was out of his depth.

Mikel Arteta’s team played with the precision and speed of a team coached by a modern tactician; by someone capable of organising an attack with the same detail as one would apply to the defence.

As an immediate point of comparison, Nuno – who focuses on defensive shape and, like his predecessor Jose Mourinho, expects individual improvisation in attack - lacked everything Arteta was displaying.

Antonio Conte certainly does possess those traits. In fact, he’s the guy who first brought the idea of automatisms, of rote learning preset moves in open play, to the Premier League with Chelsea in 2016.

The way Chelsea stormed to the title set a template that is now commonplace in the division – and after years of crisis is beginning to take hold at Spurs.

Conte’s 3-4-2-1 formation sees Spurs press brilliantly in the middle third and play with an unusual directness, with long diagonals into the wing-backs or sharp vertical ground passes into the front three becoming the norm.

The Italian demands furious hard work and demands his instructions – exactly where to pass, exactly where to move – to be followed to the letter. That is the main reason for Spurs’ improvements, even if, mid-transition, they are far from the finished product.

Nevertheless, having two precision coaches on the touchline for this Sunday’s North London derby represents the start of a new period for the rivalry.

The tactical battle will be fascinating. 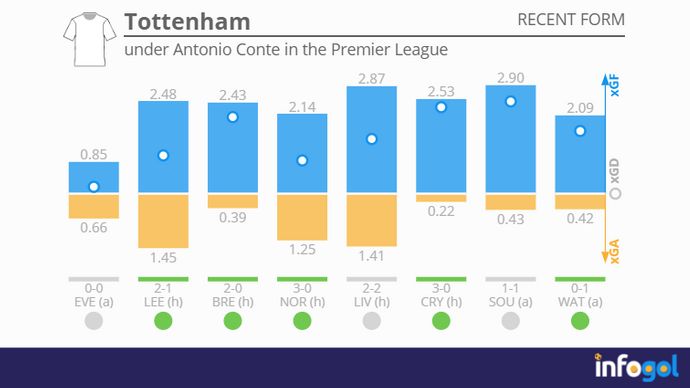 Conte won’t want a repeat of the 2-2 draw with Liverpool, in that the entertainment for the neutral meant a sacrifice of control and order for Spurs.

Swinging the other way, Chelsea dominated in a 2-0 victory in the Carabao Cup and were on top for long periods of a 1-0 win in the second leg on Wednesday evening. For the visit of Arsenal he will expect a happy medium; staying compact in their midblock, refusing space in behind but not overcommitting to counter-attacks either.

He is unlikely to get his way.

Arsenal were superb in the first 45 minutes against Manchester City in their last league meeting (a game with a lot more bearing on Sunday than the 1-0 defeat at Nottingham Forest), with Odegaard in particular controlling the game as an aggressive and high-pressing Arsenal side pinned City back.

If they can do that to the best team in the country, then a Tottenham team in transition could find themselves dropping back, Arsenal’s energy forcing more of that passivity we still see in glimpses under Conte – a hangover from the old regime.

Spurs are likely to go for a 3-5-2 rather than a 3-4-2-1 in order to solidify the middle, but nevertheless Arsenal can create a numerical advantage here.

No other team in the league has won more points or more games as hosts. pic.twitter.com/dIxlxm738Z

However, Thomas Partey was the linchpin of their success against Man City and he is away at AFCON, as is Mohamed Elneny, while Granit Xhaka is suspended.

In other words, Arsenal are going to be a lot more brittle in midfield than they have been, offering Spurs a route to counter-attacking in the areas Partey is needed to sweep things up and stamp out the break at source.

Look out for how Lucas Moura and Harry Kane drop into these areas from within the 3-5-2 (a formation choice made all the more likely with Heung-Min Son out injured). Conte’s team won’t be able to play on the shoulder of Arsenal’s high line without Son, which means far fewer of those raking long balls over the top than we saw against Liverpool.

Instead, the counters will funnel through the middle and in the dribble, Lucas being the key man. 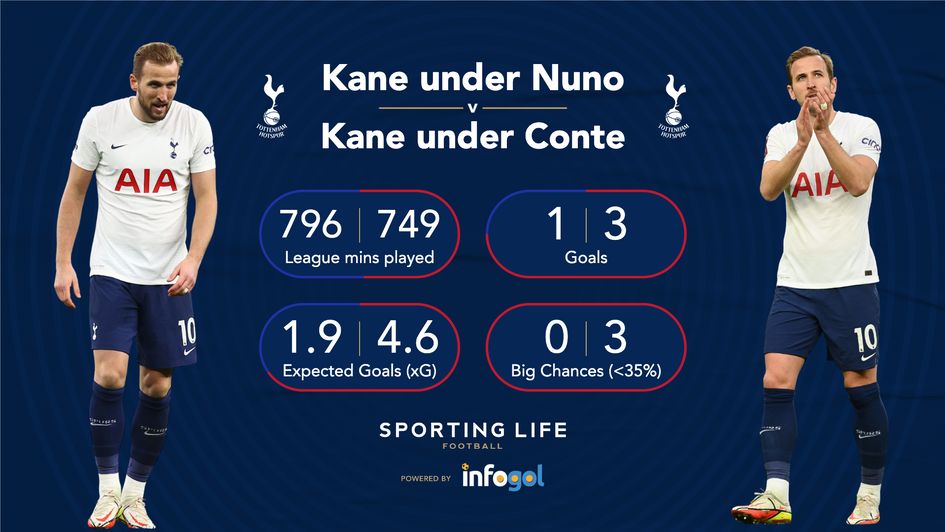 Potential for goals in unpredictable contest

There is little reason to assume this will be a simple tactical pattern of Arsenal possession and Spurs counters, even if this is how things will start out.

Arsenal just aren’t that normal, and will invariably start to shake at some point, dropping deeper and inviting pressure.

In fact, they did exactly that in the reverse fixture after scoring the opener, albeit in that instance it perhaps made sense to force a Nuno team to hold more of the ball.

Conte is far more comfortable constructing attacks. When Spurs are on top, watch out for sweeping diagonals from Eric Dier into the advancing wing-backs, with Emerson Royal in particular likely to find joy up against Kieran Tierney as Gabriel Martinelli stays high up the pitch.

Conte spends a lot of time in training working on how to pull an opponent over to one side before suddenly switching. If Emerson can improve his crossing accuracy this will be a major threat.

Takehiro Tomiyasu should have a grip on things on the other side, and centrally a lot rests on whom Arteta can trust to replace Partey and Elneny in the middle.

Oliver Skipp and Pierre-Emile Hojbjerg are gradually becoming more vertical in their play, and should the Gunners begin to wobble these two can turn the screw.

There is little to be sure of; battles all over the pitch that will swing depending on the game state and territorial shape of the match.

With Arsenal still brittle and seemingly incapable of playing consistently for a full 90 minutes, and with Spurs no less erratic as they absorb Conte’s methods, perhaps the safest tactical prediction is that this will be a very entertaining game.

ALSO READ: Our verdict on the latest round of fixtures