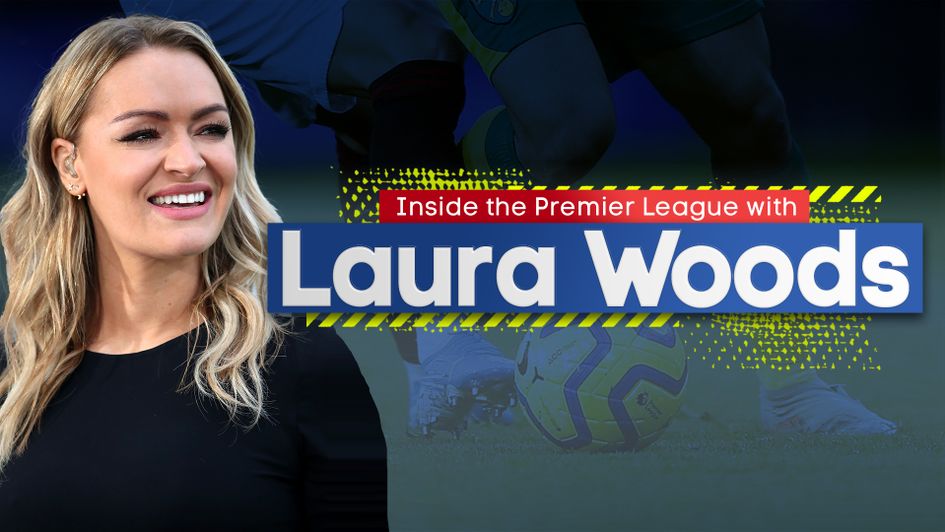 You often notice how much something means to you when you can’t have it anymore. Chocolate during a diet. A glass of red in Dry January. Football in the off-season. Well here we are in peak football season, but it’s off.

We have been watching romantically as clips from the archive circulate on social media. We’ve been poring over the best goals, bits of individual skill and reliving Euro 96 again and again.

But the game's narrative extends far beyond the dimensions of the football pitch. The tone is often set long before the teams step off the coach and continues long after the final whistle. Constructed and choreographed by their leader, their Don Corleone, their manager.

This week I posted a clip of Steve Bruce in a Newcastle United press conference (watch it, below) where he mishears a journalist’s question:

“How was your break then, Steve?”

And Bruce replies: “How’s the bacon, did you say?”

It absolutely folds me every time I watch it. I asked Twitter for their favourite manager interview moments and the responses were just as hilarious.

From Steve McClaren’s Dutch accent and Joey Barton’s French, Rafa’s talking only about FACTS and Jose reminding the room he has won more Premier League titles alone than the other 19 managers in the league put together.

One of my favourites was the Roy Keane press conference where a journalist’s phone went off on the desk and collectively the entire audience’s arses fell out as Roy asked for the owner to come forward. You’d see less intensity in an SAS interrogation. Incredibly, someone came forward and claimed it.

It’s these storylines, these iconic moments that have become fused into football folklore. And we lap them up just as enthusiastically.

Allow me to invite you into the world of the manager interview, from a slightly different perspective. That of the person holding the microphone and, at times, facing the quite terrifying prospect of a manager that doesn’t want to play ball.

I’ve asked some stupid questions in my short career as a reporter. Ones that have made me want to calmly put down my microphone, roll my hand into a neat, little fist and punch myself in the face.

Nerves can do inexplicable things to even the most composed and experienced broadcasters in a matchday environment. You are dealing with very raw and very real emotions. Pop all these elements into a cauldron and mix them together, the results can be explosive.

Geoff Shreeves is a name synonymous with football, but he started his career behind the scenes as a floor manager, cueing the referee to kick off in Sky’s first ever live football match, Nottingham Forest v Liverpool in 1992.

“I remember the late, great Howard Kendall at White Hart Lane. I can't remember the score, but they’d been winning and they'd lost," he recalled.

"I went and knocked on the dressing room door, it flung open and his face was already florid with anger. And I said, ‘Howard any chance of a quick word?’ I remember being really impressed with his rhythm, as somebody who is vaguely musical myself, he poked me in the chest in time to his words and he said ‘Abso-lutely no f**king chance what-so-ever.’”

Geoff replied: “Shall I take that as a no then?” 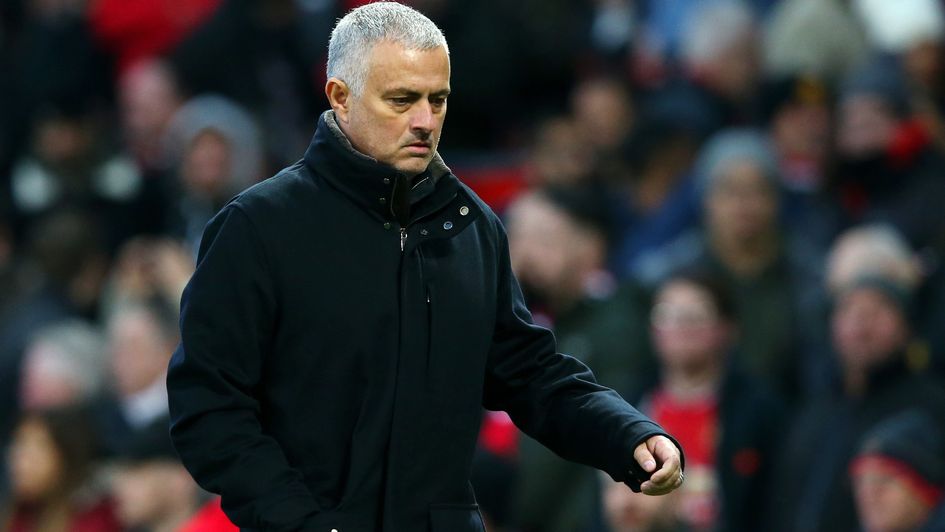 Jose Mourinho: The then-Manchester United boss was an intimidating interviewee in Laura Woods' early experiences as a reporter

The first time I interviewed Jose Mourinho, he was the boss at Manchester United and things had begun to turn sour. I was quite new on the scene and this was the most intense environment I’d experienced.

I asked my first question and there was, what felt like, a 30-second pause where the air was sucked out of the room and no one dared move.

When he eventually spoke my relief was palpable. I escaped unscathed with a good interview, but he was very different to the charming, quick-witted man I remembered watching on TV. He looked exhausted. I learnt a lesson that day to never underestimate the enormous pressure attached to their jobs. A week later he was fired.

“Jose in his early pomp reminded me in some ways of early Cloughy,” Geoff told me. “That incredible arrogance. He was handsome, charismatic, he was extraordinary.”

He remembers one of his early interviews with Brian Clough: “I was already slightly overawed by him because I was only just starting out, but during the interview when he was tickling my testicles that made it a bit tougher as well. You don’t tend to get so much of that now!”

Patrick Davison, my colleague at Sky Sports, names Jose as the most unpredictable person to interview. “It’s a game of cat and mouse.”

Pat’s a seasoned reporter and has many a fine moment under his belt, but it’s not always smooth. He recalls a moment in the tunnel at Old Trafford where Jose arrived early, ready for his pre-match interview.

“It was really busy, four interviews in 10 minutes. I was walking back up the slope, I tripped, and stabbed him in the chest with a biro pen. Luckily it wasn’t the sharp, inky end, it was the lid end. There was a bit of eye contact which told me everything I need to know about what he thought of me. I just grimaced and we cracked on.”

It’s the infamous meetings with Louis van Gaal that I enjoy hearing about the most. The death stare after the 2-0 loss at Stoke, which Pat describes as: “One long, filthy look.”

And the Marouane Fellaini incident in 2016 when Louis was livid that Leicester’s Robert Huth had pulled Fellaini’s hair declaring: “It’s not in the books that somebody has to grab with the hair. Only in sex masochism… then it is allowed,” and holding part of Pat’s own hair to emphasise his point.

“The Old Trafford tunnel is loud and I remember thinking ‘did he really say that?!’”

He talked about his first experience with Sir Alex. The master of the mind games.

“It was the most scared I’ve been. I was introduced to him as the new reporter. I was absolutely fine until he looked up and I got fixed with his stare. Before that there was no hello, no human acknowledgement. He reserved that first bit of eye contact for the first question. It was his way of controlling the interview.

"He knew how to make sure everyone knew their place. To this day I won't watch it back. All I know is that first question was very stuttery.” 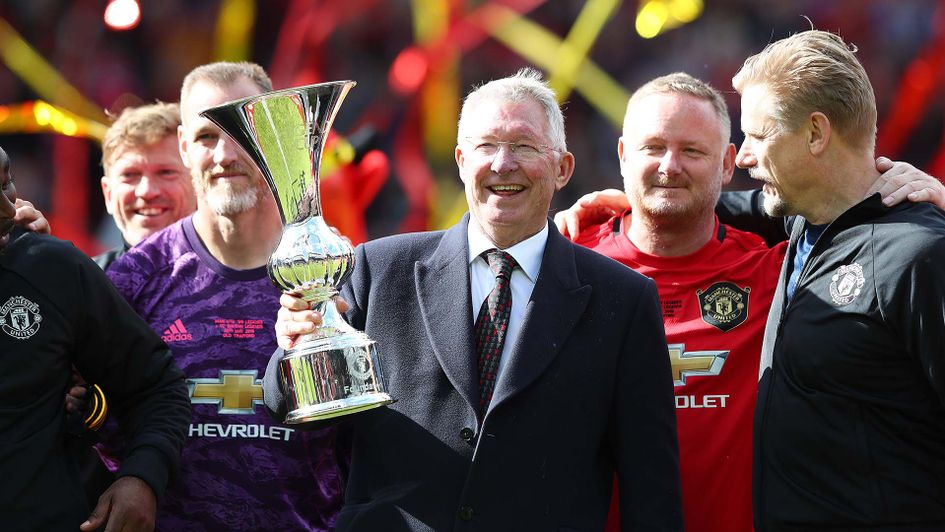 Sir Alex Ferguson: A memorable interviewee for Patrick Davison and many other reporters

“Over the years I was on the receiving end of Fergie’s hairdryer a few times,” Geoff added.

“Kenny (Dalglish) who I like and admire enormously was always mischievous rather than malicious. And he was very literal. ‘How do you see the game today?’ He’d say ‘From the bench.’ He was messing around and the worst thing was he was so good at it, he could tie you up in knots.”

Gordon Strachan was very similar, Geoff explained: “Mischievous, but enormous heart and enormous character and often, away from the camera, so generous with their time.” It doesn’t get much more literal than the time a reporter asked Gordon for a quick word and he replied: “Velocity.”

The job of a reporter can be a minefield, a tight rope, but it is also incredibly exciting and at times even wholesome. Pat talked about the time David Moyes, then Sunderland boss, had shouted at him after his post-match interview at White Hart Lane: “Mauricio Pochettino heard it from the next booth and came around and hugged me.”

The landscape is unpredictable. Successfully navigate your way around the human element of the job and you might be caught out by the technical side.

I think a lot about the time Nuno Espírito Santo took pity on me during a live radio interview for talkSPORT at Old Trafford. After realising all the spare microphones weren’t working I shared the one attached to my headset (pictured, below), twisting it towards him after every question I asked, in awkwardly close proximity for the duration. Adapt or fail was the lesson that day. No matter how embarrassing.

It’s that element of anxiety that keeps us all sharp. But it’s also the unknown that makes for fantastic viewing.

So when we say we are missing football, we aren’t just missing the action, we are missing the prologue and the epilogue. We are missing Jose’s “If I speak I am in big trouble,” Keegan’s “I would love it” rant and the simplicity of Louis van Gaal pointing to Chris Smalling and calling him ‘Mike.’

It’s the entire production that makes it the game we love. And in the meantime, I’m off to check on the bacon.

Got a bit awkward, Nuno’s mic didn’t work so he shared the one attached to my head 🥴🙈😂

But what a boy for still cracking on with the interview 🙌🏽 pic.twitter.com/uIbpofvOpF 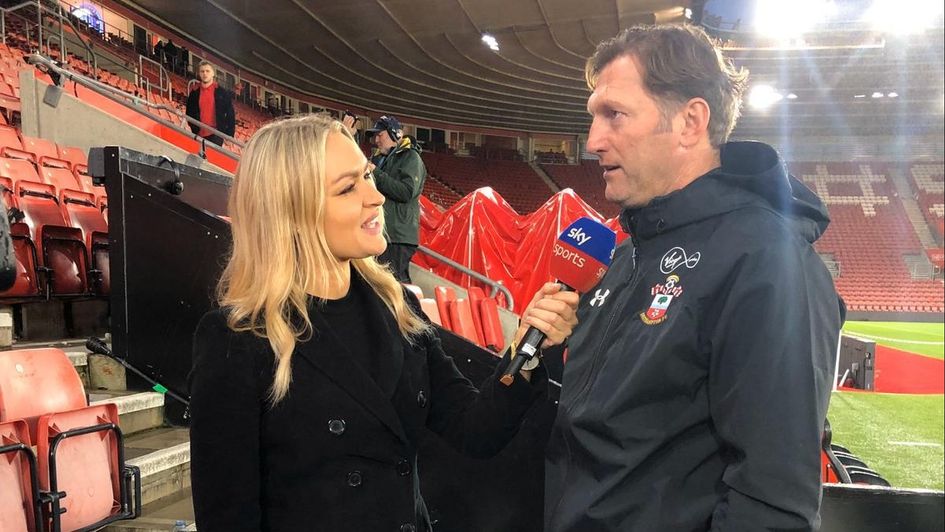