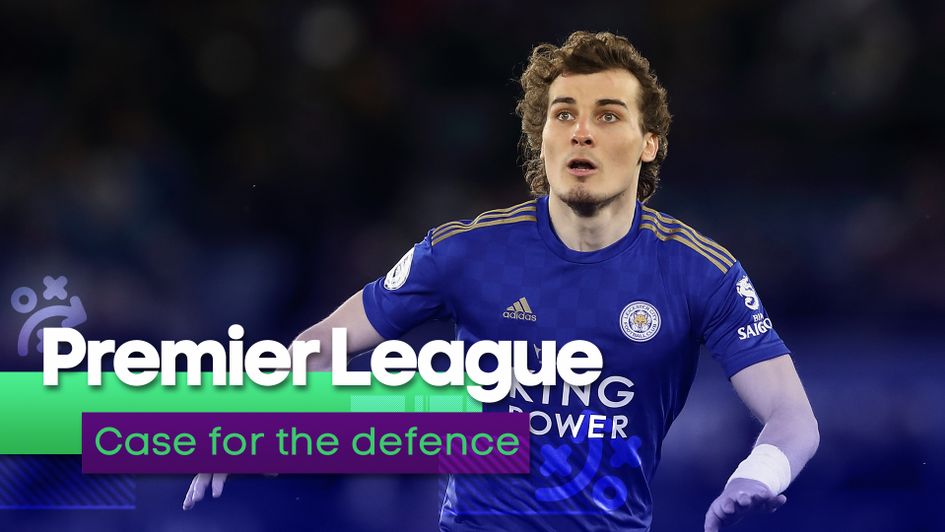 We look at the Premier League's best defenders

A strong defence is a necessity for any side hoping for success in the Premier League.

It can be the difference between survival or relegation; the top-four or title glory. It's why defenders are now commanding the same price tag as strikers - in some cases a defender will cost more.

It's the area of the pitch where specific players are needed to execute a style of play. The wrong player in a system makes life more difficult for a manager and in most cases they have to adapt and implement a Plan B.

There have been a number of stand-out performers throughout the campaign who have played a significant part in helping their side reach their current position.

Ahead of the Premier League's return, we will look at the best performing players in each position over the coming days; aiming to find those who have excelled in the areas that matter most.

This time, we are focusing on the defensive line and analysing the statistics behind the main areas.

You shall not pass 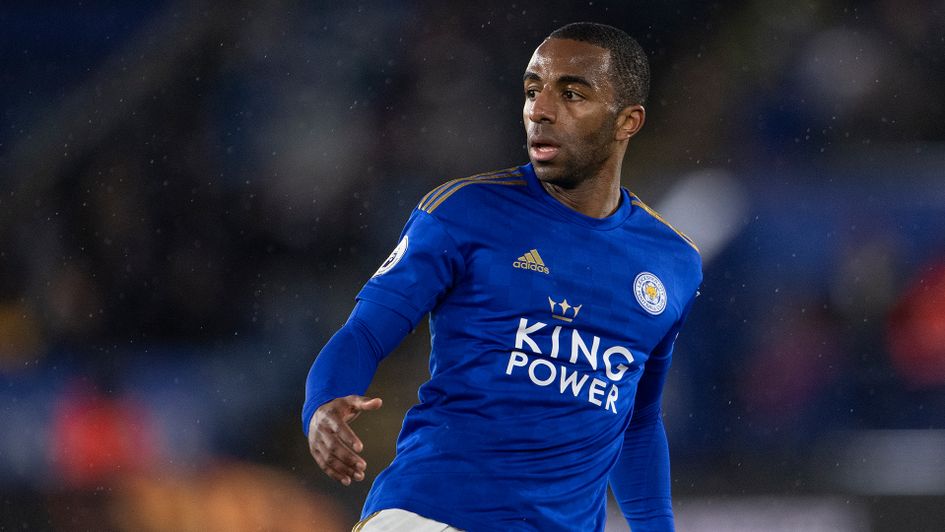 Number of tackles this season:

This is the 'old-fashioned' category for judgement but ultimately a defender is there to, well, defend.

One of the best indicators for this is the number of tackles made across the course of the season.

This does divide opinion. Some of the world's best defenders, such as Virgil van Dijk, see a low overall tackles tally as they are better at reading the game and getting themselves into positions that doesn't require a tackle to be made. That's why he doesn't appear on this list.

For others, it just suits their game better and there's no real right or wrong answer to this approach. The big point to be made is that it is an area dominated by full-backs.

Leicester's Ricardo Pereira has proven to be a popular fantasy football choice this season and he leads the charts for number of successful tackles made by some distance.

The Foxes right-back is the only defender to post a three-figure tally up until this point, leaving him 20 clear of Aaron Wan Bissaka in second.

Wan Bissaka has quickly become a fans favourite at Old Trafford since a big money move from Crystal Palace in the summer and tackling is an eye-catching trait of his.

It's one that can firmly be put into the strengths column. Regardless of how talented the opposition winger or overlapping full-back is, Wan Bissaka always seems to be in the right place at the right time.

Everton have experienced a revival under Carlo Ancelotti and one player who has benefitted is Djibril Sidibe. He's only made 21 Premier League appearances this season but takes third spot.

The right-back regularly posts at least three successful tackles per game but there have been occasions where he has doubled that number. The season high came in their away victory at Watford (8).

Serge Aurier sits in fourth. His number of tackles have stayed fairly consistent throughout the season although he has had two seven-tackle games under Jose Mourinho's guidance.

Finally, Frederic Guilbert is the only centre-back to make an appearance. The Villa man is another popular fantasy football selection with tackles in mind. He's in fifth with 71. 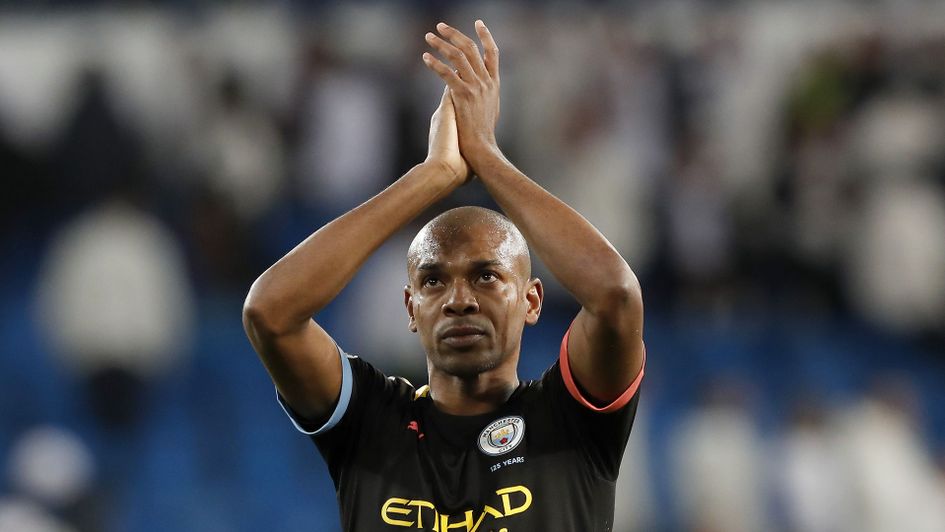 Having the ability to contribute in attack is equally as important as strong defensive attributes in the modern game.

The number of passes is also tied into the way that a team wants to play. It's why four of the five on this list are well known for their desire to build from the back.

Virgil van Dijk is joint-second for accurate pass percentage among regular starters but there's a strong case to be made that he is the best distributor.

The Liverpool man is arguably the best defender in the world and one reason, of many, is his ability to find a team mate when in possession.

His percentage stands at 89 but when a comparison is made between total number of passes, it's clear to see that the Liverpool man dominates.

Van Dijk's total accurate passes is 2210 this season. That is significantly higher than anyone on this list. In fact, it's the highest of players in the Premier League by some margin.

The closest to him in terms of defenders is Caglar Soyuncu on 1663. A huge gap, although that's not to take away the impressive percentage posted by the Foxes defender.

Fernandinho has dropped back in recent seasons with centre-back his new role due to injuries and retirements and the Manchester City man leads the way with 90% and a positive 1619 total passes.

There's a mention for Ben Godfrey here. The Norwich youngster joins those at the top of the division in pass percentage, although his overall number is 1044.

In terms of total passes completed, Godfrey finds himself down in 20th.

Kyle Walker is the full-back representative in this section. His 89% comes with 1261 accurate passes. 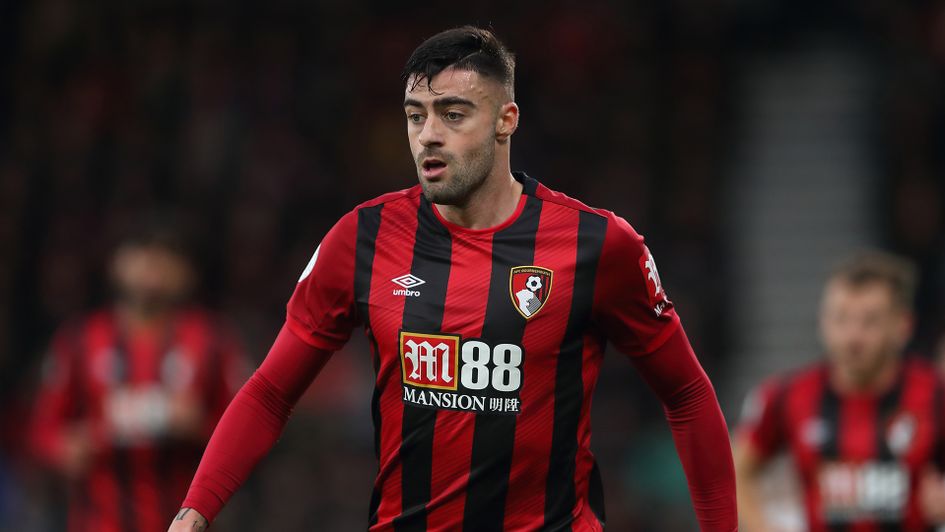 Reading the game is another crucial feature that a Premier League defender needs to possess. That's having the ability to cut out a pass before it reaches its intended target.

The previous two sections have been dominated by those who have played at the top-end of the division for a while, but interceptions brings in the rest of the league.

Leading the way is a figure that not many would have considered. That being Bournemouth's Diego Rico. The left-back has 66 interceptions from just 21 appearances.

Rico has enjoyed a good season despite Bournemouth's struggles and their battle to avoid relegation but his high number of interceptions could see him remain a Premier League player once the transfer window opens if the Cherries do drop back down to the Sky Bet Championship.

Someone who was playing in the Championship last season was Chris Basham. The defender has slotted into a Sheffield United back line that has caught the eye with their ambitious drives forward.

The one concern for the Blades going into the season was how costly the defence would be. They're a solid five, but that desire to attack and catch other teams out could have been a problem in leaving themselves exposed.

That hasn't turned out to be the case though and Chris Wilder has them battling for a spot in the Champions League.

Jan Bednarek is part of a Southampton defence that still requires some work, but his high number of interceptions can be viewed as a positive.

The 23-year-old is third in the list with 59, although his season can be best described as hit-and-miss. 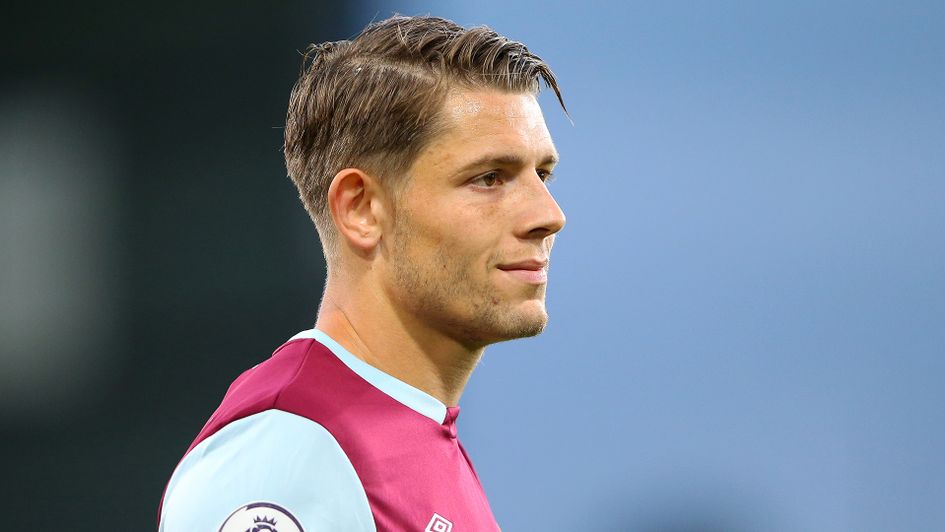 James Tarkowski leads the way in the air

Just for clarity in this area, Opta's definition is: "This is where two players challenge in the air against each other. The player that wins the ball is deemed to have won the duel.

"When more than two players are involved the player closest to the duel winner is given an Aerial Duel lost."

It's clear that most Premier League teams will have difficulty winning the aerial battles against Burnley. Their centre-back duo of James Tarkowski and Ben Mee both make the top-four.

Tarkowski leads the way with one more than van Dijk. Mee is also in the three-figures with 120. Any forward line will struggle when they visit Turf Moor and that's down to their dominance in the air.

It's understandable that we focus on van Dijk but Tarkowski's figure is huge. On average, he wins around five aerial duels a game which is significant.

Maguire makes another list as the England centre-back boasts good numbers in the air.

He's joined in the top-four by Sheffield United's Jack O'Connell who is on 114.

What is the ideal back four? 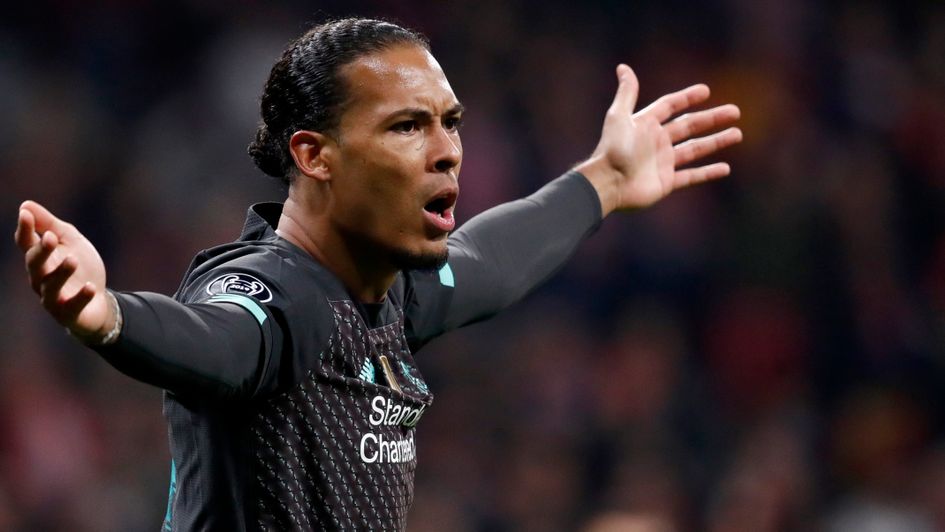 There's some decisions to be made here but it's clear than van Dijk walks into any Team of the Season.

The Liverpool man has helped to revolutionise the Reds' back line under Jurgen Klopp and he is among the elite tier of footballers.

It's not even a debate to include him in the ideal back four. There's no real argument that holds any weight that says he shouldn't be involved.

The debate lies in the three others positions and, based on this season, Soyuncu would be his centre-back partner.

The Turkish international has filled the void left by Maguire's departure to Manchester United in the summer and there's a case to be made that the current Fox has enjoyed a better season.

His number of passes is the stand-out statistic of those named above but his overall tackles number is also high - sitting 13th for Premier League defenders.

Soyuncu is a defender who possesses a wide range of abilities and he'd work well alongside a defender such as van Dijk. Two players who are comfortable on the ball will be beneficial to any side.

A fairly simple choice comes through someone who didn't make the lists named above but is undoubtedly the best in his position.

Liverpool's Andy Robertson has battled Trent Alexander-Arnold for the most assists this season. Robertson's seven is only beaten in the league by the man on the opposite flank to him.

Robertson's 47 tackles is also a high figure which puts him 15th among Premier League defenders. His 83% pass accuracy equates to 1579 successful passes - the fifth-highest in the division.

The biggest debate for right-back comes between two names. Do we go with Pereira or Wan Bissaka? Based on the current campaign, the Leicester man takes the spot.

His number of tackles is higher by a significant margin. The overall number of passes also puts Pereira in 15th whereas Wan Bissaka is 25th.

Pereira also wins the battle for successful dribbles, an important trait for any full-back who is required to drive forward and join the attack. He completes a solid looking defence.