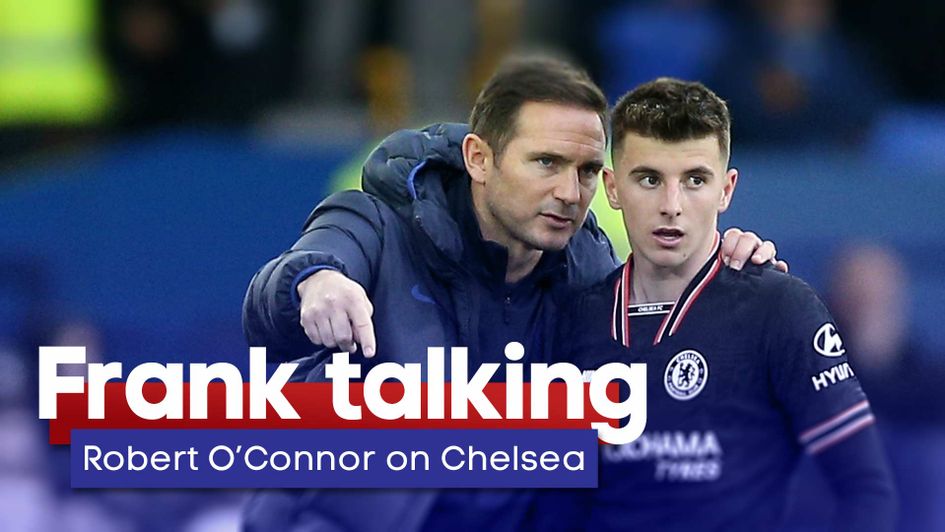 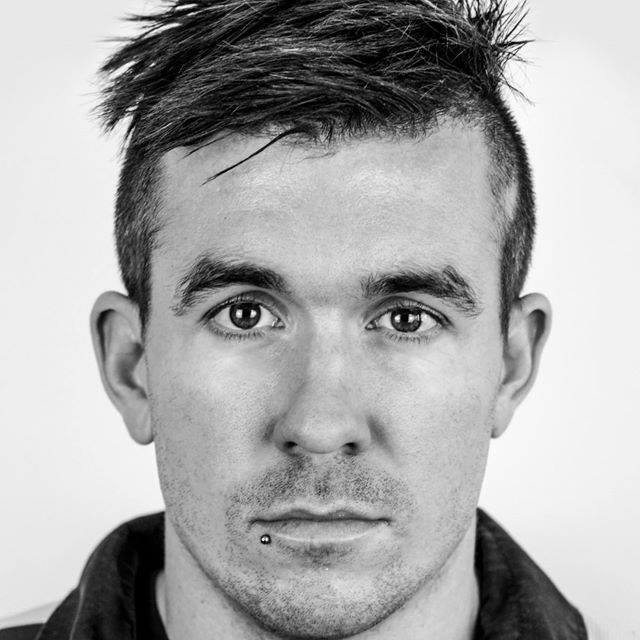 In his first Sporting Life column, Robert O'Connor looks at the problems Frank Lampard faces in balancing his young side with potential new signings.

The difference between failure and success can sometimes be simply a matter of expectations. In August, few people expected Chelsea, shackled with a transfer ban and with a new, inexperienced manager in charge, to challenge for the title, but probably fewer foresaw the blossoming of so many of the club’s academy prospects in such a short time.

Tottenham away in December was a microcosm of what has worked about Frank Lampard’s inconsistent Chelsea. Mason Mount, newly confident from starts and a goal for England, was a bully in midfield. It was all the more pleasing for the fact that both he and his manager have clearly made a concerted effort to toughen up a player that is at heart more technician than terrier.

Mount spoke in the days before the 2-0 win at Tottenham about the need for a modern number 10 to appreciate the dirtier side of the game, somewhere along the chain of evolution that turned Bergkamps into Ozils.

This demonstrated to supporters that there is a self-awareness to the player, that despite his young years he is set on becoming a part of an effective team rather than simply a great standalone creator, playing sumptuous passes in a losing cause.

Amidst the hard running and breathless tackling, Mount still showed against Spurs the deftness of touch in possession of the ball that first set him apart amongst Chelsea’s crowded youth academy. Yet the hallmark so far of his brief first-team career is that he has learnt to be content with appearing unspectacular, knowing how to temper the yearning for flashness in favour of rough and dirty discipline.

Four days later against Southampton, Mount was out, Callum Hudson-Odoi came in, and that attacking engine lost its bite. The willingness to collect the ball from deep and be mischievous between the opposition defensive and midfield lines was sacrificed, and instead the team lined up too symmetrically, with Hudson-Odoi providing a kind of Willian-lite on the opposite side of the attack. Chelsea out-passed and out-shot Southampton, but in vein. They never looked dangerous enough to bother the relegation-threatened Saints.

Amidst it all, it’s worth remembering that the manager is new to all this, too. Lampard craves a functioning club that indulges its own produce. Yet he also sits at the business end of a relationship with a trigger-happy employer who has invested much and demands more in return.

His management of certain young players reflects this. Reece James will be a darling of Lampard’s team sooner rather than later, but his involvement has been necessarily limited by the manager’s respect for what was already working about the team he inherited.

Is the 19-year-old ready to displace Cesar Azpilicueta from right-back? Not yet, a reflection of the steady pace of James’ evolution into a first-team player, but also of the Chelsea skipper’s continued indispensability to the club. Lampard has suggested he may look to convert James into a central midfield player if circumstances call for it. “He has that all-round game that he could handle playing [there] if needs be,” he said after the youngster’s impressive league debut against Crystal Palace in November.

How successful that transformation proves will be a metric for the maturity of both the player and his manager. If James can become a racing ball of central-midfield high-energy, he could become the perfect foil for the dutiful ball-player Mount in a future Chelsea side that respects seniority but allows itself to be excited about youth.

How quickly that future arrives, and in what form, will be much determined by the January transfer window. The looking glass into Chelsea’s future will not be coloured by whether Lampard spends, but rather by the kind of acquisitions the club makes.

Ben Chilwell, should Leicester be tempted to part ways with the England defender, could fill a gap at left-back, thus meaning fewer chances over the course of the rest of the season for James and the impressive Fikayo Tomori. But any move for Chilwell would also be a marker for how Lampard sees the development of his squad now that the transfer shackles are removed – young, English and thoroughly homegrown.

Spending money on much-needed reinforcements need not necessarily mean a departure from the philosophy that gave welcome opportunity to players raised at home. Whether that home is Chelsea’s Cobham academy base or the Leicester youth system that produced Chilwell, shouldn’t jeopardize the basic tenet that puts local youth above inflated international transfers.

So then, what is needed in the transfer market? Older, experienced players, yes. But there is a depth of character called for too, an elder that has the strength of spirit to gather Lampard’s young pack and lead from the front.

Edinson Cavani, touted with a move to Stamford Bridge this week, would be a fine foil to the roaming, incisive Mount, but a clownish role model if his stubborn temperament at Paris Saint Germain is to be any marker. Better perhaps for Lampard to pursue Lille’s Nigerian striker Victor Osimhen, a lithe striker chomping at the bit to break out of Ligue 1 and forge a reputation in one of Europe’s top leagues.

What is certain in that the club cannot afford to stand still. There was an inverted kind of caution observable in some quarters before Fifa’s transfer ban was lifted. It warned that if the club was allowed to fall back on Roman Abramovich’s rubles then Lampard’s youth revolution might be pulled up at the root, that Chelsea would remain a loan-system conveyor belt fattening up the sell-on value of young players before they’re ready to be auctioned off lower down the food chain. 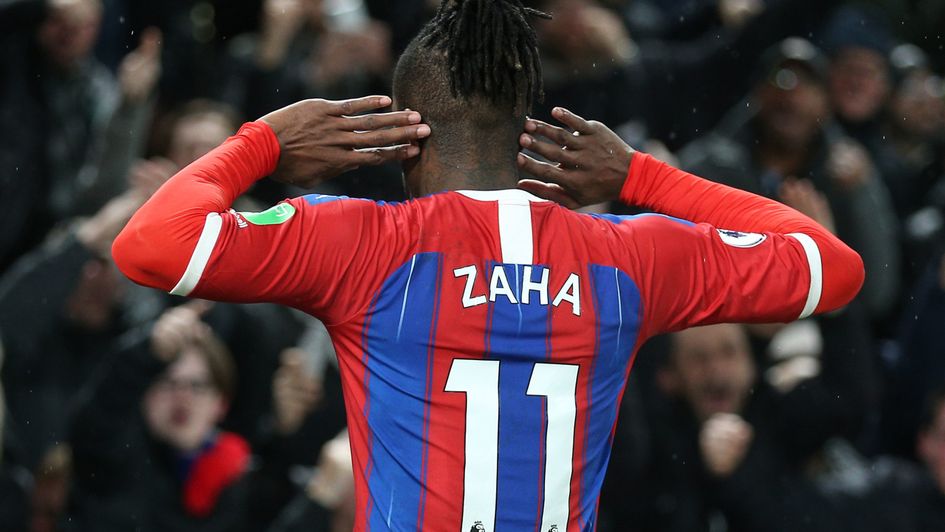 Wilfried Zaha is a top transfer target this January

It’s worth remembering that this is still happening. Chelsea have collected transfer fees on 11 players since Lampard took charge. Excluding the money received from Eden Hazard’s move to Real Madrid, the club banked more than £40m, mostly from players with barely a handful of first-team appearances. Lampard wants the club’s youngsters to show their value in Chelsea blue, not at the bottom of the business’s annual books.

There needs to be new blood in January to prevent the youth revolution being undermined. Inexperience breeds inexperience and spirals into entropy unless it is anchored by older heads.

Chelsea have lost five of the last nine in the league. It should have been more but for Arsenal’s inability to turn dominance into goals at the Emirates in December.

They have never looked like a challenger to league-leaders Liverpool, and their place in next season’s Champions League appears dependent on how quickly Lampard can calm the jitters that started the team on this wonky run back in November.

That’s the challenge for the manager in January, how to achieve the alchemy of keeping his team buoyed by the excitability of youth but safe from sinking beneath the weight of inexperience. 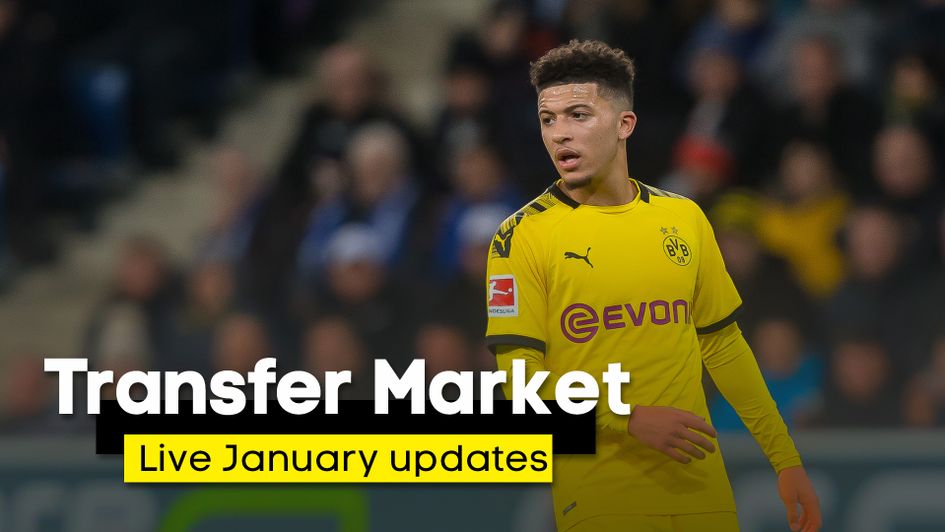 The latest from the January transfer window