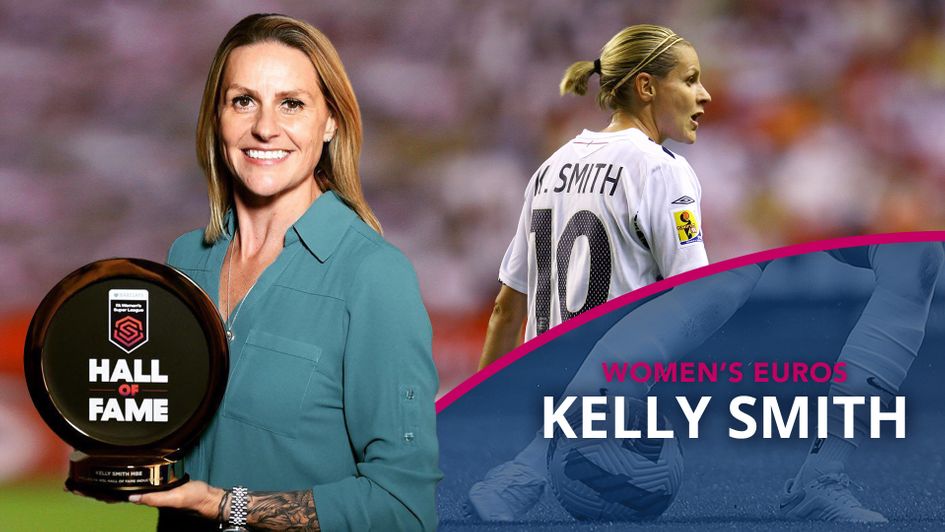 Let's be clear straight away: England have the squad and the depth to win the Euros. They have everything you need to win a tournament. They've proven they have the game plan, talent and execution to score plenty of goals. They have players on the bench that can come on and have the impact and change matches when needed.

That's not always the case with tournament squads and is vital in knockout football. However good you are, every opponent will have their moment in matches and sometimes your Plan A will just not work. England now have the ability to switch both personnel and tactics that can truly change the flow of a game and put the contest back in their favour.

None of us should make the mistake of thinking it will be easy for England, especially their opener against Austria. They are a good, strong team and on home soil, with a sold-out crowd, there will be pressure and nerves felt by our players. 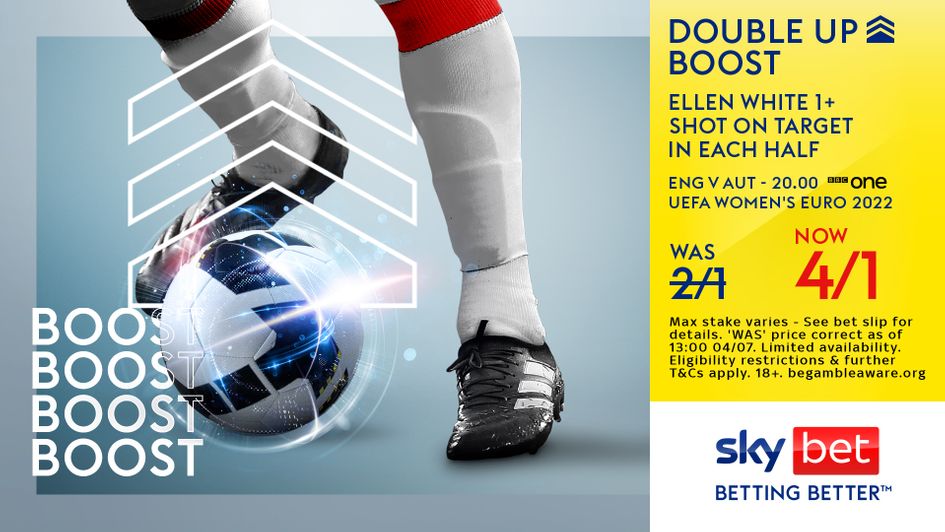 But, and I feel this is the difference with this squad, they are ready for all of that. We've seen in their performances in three build-up games that they have everything in their locker to overcome all challenges, both physical and mental. You don't beat Belgium 3-0, Netherlands 5-1, having been behind, and Switzerland 4-0 without real belief in both your process and teammates. The players look like they are in a really good mental space with the confidence gained from those impressive big wins.

England are blessed with talent across the pitch, and it can be hard to pick which players are most crucial to success. Ultimately, every one of them will need to standup and shine if the Lionesses are to go all the way. But the standout players in the build-up have come at the front and back of Sarina Wiegman's unit.

Manchester City's Lauren Hemp is a cornerstone to England's progress and that attacking threat. She gets people off their seats and that's what you love to see in major tournaments. She is an entertainer, has rapid pace, takes people on in one-on-one situations and is good at crossing the ball in, especially when she moves over to the right side and cuts in to cross on her left foot. 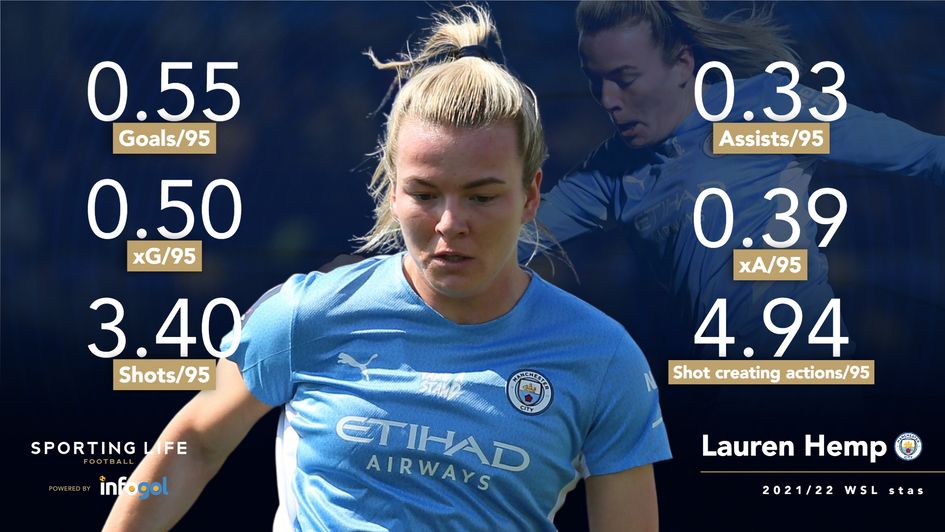 Teams will be out to nullify her, because they know how good she is and how vital she is to England's attacking platform. So the challenge for her is about her raising her standards. She needs to believe in herself in this tournament to be able to deliver in those really big moments.

Lauren's City teammate Ellen White is always a crucial part of this team because of her goals, having surpassed myself as England's all-time leading scorer and going into summer with 50. She just has an innate ability to sniff out space in the box and put the ball in the back of the net. She can turn not even a half chance into a goal, and those moments are the difference in tournament football.

At the back I'd hope to see Alex Greenwood [Manchester City] and Millie Bright [Chelsea] play together. That would be a key partnership in my eyes. They have a really good understanding, especially with the distribution they provide when playing out from defence. The quality they posses here will be no less crucial for England. 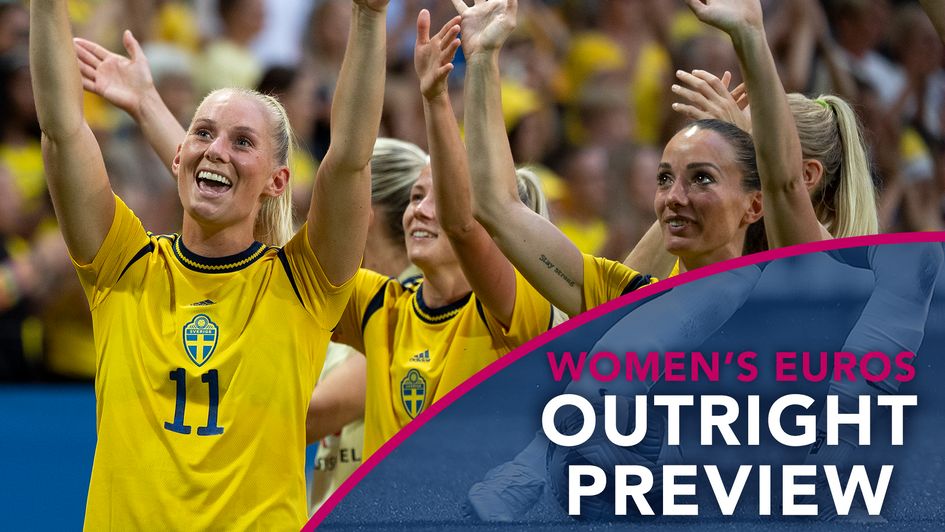 Threats to England's route to glory

As much as we'd love to see England stroll to Euro's success with little challenge, that just is not going to happen. There are five or six nations that rightly come to these shores believing the trophy can be theirs. It makes the Euros so exciting and is exactly what we need - a tournament where anything can happen, with really close, tight contests that could go to the wire and keep everyone on the edge of their seats.

France, Spain, Sweden and defending champions the Netherlands all have major credentials to win this. Norway, twice winners before the turn of the century and beaten finalists in 2013 and 2005, have an outside chance too and will be happy to go about their business while everyone talks about other teams.

Then you have Germany, who won the previous six European Championships before the Dutch intervention in 2017, and have eight Euros titles in total. They might not be the dominant force of years gone by and maybe lack some of their previous strength in-depth, but they remain a good side. And as we know, in both the women's and men's game, you never write off the Germans.

But if I'm going for one nation to stop England then it is Sweden, who have a very experienced squad. Silver medallists in the last two Olympics should tell you everything. They boast a great attacking line-up and, like England, have a really strong bench that can turn games on their head. They know what it takes to go a long way in a tournament and win the very biggest of matches.

I look at them and think this could be there time. They will certainly be feeling that way after their progress in recent years and from Group C, they could be very dangerous. 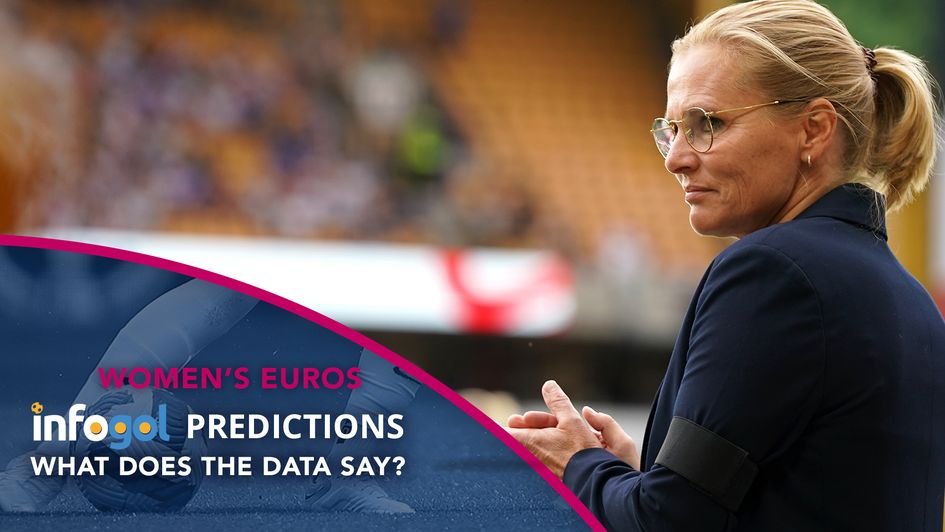 Women's Euros: What does our supercomputer predict?

A Gunner for the Golden boot

Being a former striker myself, the golden boot is always something I have particular interest in, and with the way England are firing in the goals currently then any one of their attacking players could be in with a shout of collecting that title on home soil.

However, Netherland's Vivianne Miedema is the player I like for this. She has been in sensational form for Arsenal this season and is second in the Women's Super League charts with 14 goals in 20 appearances, none of them from the spot. She fired more shots on target than any other player in the 2022 campaign and boasted a 61% shot accuracy. 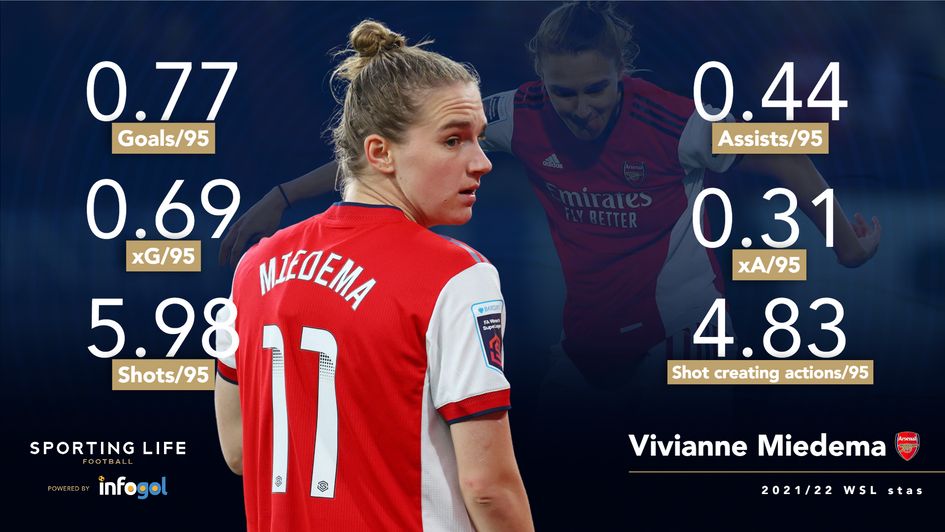 On the international stage she always steps up in big tournaments and is that leader for her side - 94 goals in 111 appearances tells you everything you need to know and remember she is still only 25! But it is not just her goals. She holds the ball up well and is really strong. She can dominate in the air and with her back to goal. She pops up everywhere, especially on the wings hence her eight league assists this term, and she has ability with both feet.

What could stop her taking the golden boot is just how far her side can progress. Yes, they are the current holders and beaten World Cup finalists in 2019 to the USA, but their potential route to the final here is tough. Sweden, Switzerland and Portugal await in the Netherlands' group, then third favourites France could lie in wait in the quarter-finals, a potential contest that would be very tight and could go either way.

When looking at other players who could really light up the competition I can't wait to see what 23-year-old French striker Marie-Antoinette Katoto can do. The PSG star is a brilliant young player: lethal going forward, a strong runner in-behind, and she will lead the line and be France's go-to player.

It will be special to see Ada Hegerberg back on the big stage. Her self-imposed exile from the Norway squad has been a huge miss for both her country and international football as a whole. For those that don't know, she stepped away from the national team in 2017 in protest at her governing body's treatment of the women's team.

Now back, I'm sure the Lyon forward will be keen to make up for lost time and remind the world what she can do. She is a born winner. A French league winner, a Champions League winner. Her movement is world-class and she's also very good in the air. Caroline Hansen and Guro Reiten are two of the best crossers in the game, delivering beautiful balls from the left and the right. They love getting the ball in for her so she is going to be a real threat to opposing defences.

To ensure I avoid showing my attacking bias again, let me also go for a defender. The French left-back Selma Bacha looks very tasty to me when she gets on the ball. Great going forward from deep, she very much reminds me of Lucy Bronze. An attacking-minded player who likes to get up and support her forwards with overlapping runs, she will create a lot down the French left-hand side.

Focus on what is in front of you 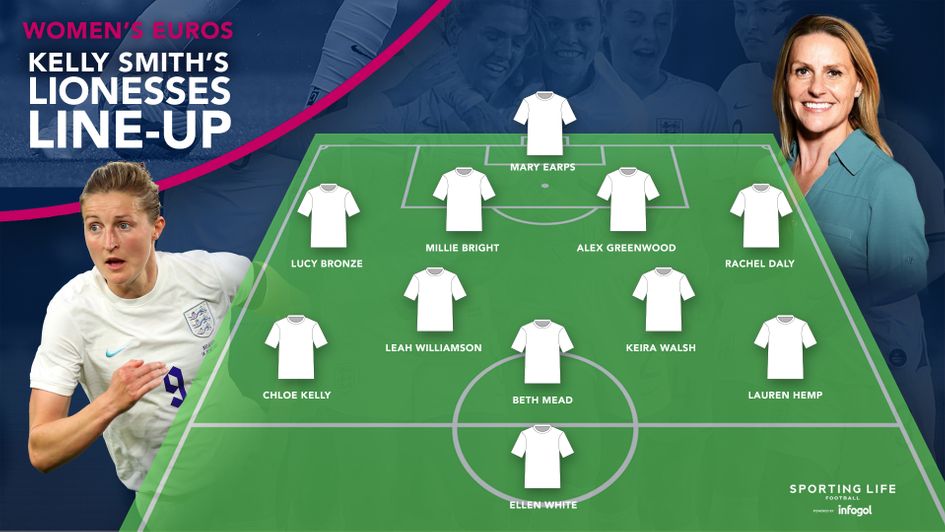 I hope I'll be writing about England in my Sporting Life column all the way up to the final and ahead of the competition it is so easy to get excited and distracted about what could happen and all the star names and big games we are going to see. But in tournament football you can never look too far ahead. No one needs to tell Sarina Wiegman that - you don't win the 2017 Euros and reach the 2019 World Cup final without extreme focus - and the England boss knows that right now it is all about Austria.

They matched England's performance in 2017 - beaten semi-finalists - and they will know what to do here. They will try and quieten down the passionate home support and increase the pressure and nerves. They will get numbers behind the ball and attempt to frustrate England. They will play on the counter-attack as much as possible and hurt England that way.

It would be great if England can strike early, but if not, then it will be a night to be patient for everyone. It's a long road to that trophy, and like everyone I'm hopeful England can go all the way.

Kelly Smith will be writing her Sporting Life Women's Euros column throughout the tournament, which runs July 6-31. 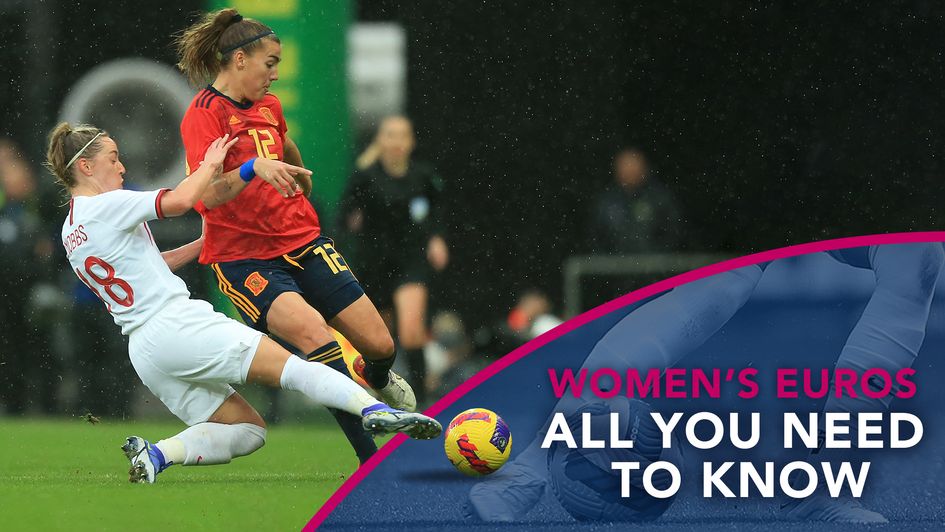 ALSO READ: All you need to know about the Women's Euros