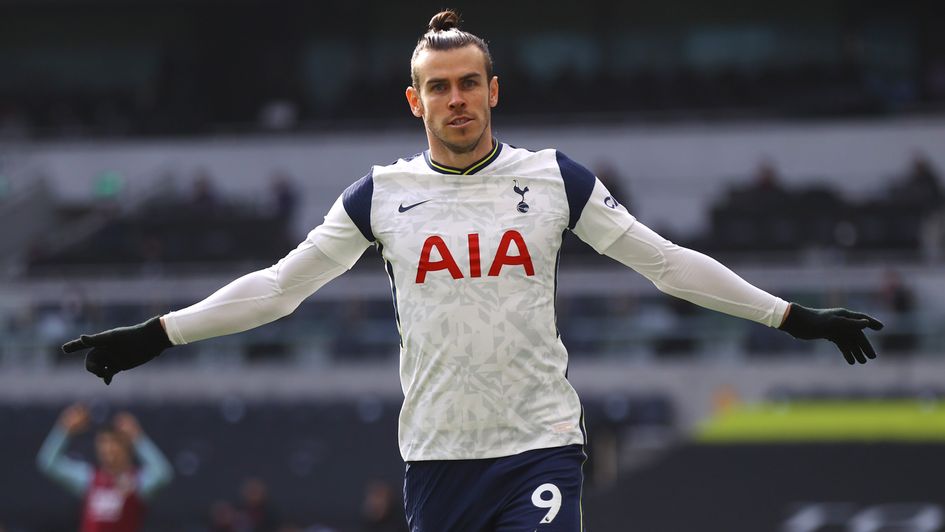 Gareth Bale was man of the match against Burnley

Gareth Bale's Tottenham revival, and how Jose Mourinho inspired it

Gareth Bale's first-half performance against Burnley must have had Tottenham fans scratching their heads.

Where has their once mercurial Welshman been all season? Especially during the team's recent slide into mid-table.

He began an action-packed 45 minutes by turning home from close range with just 68 seconds on the clock, and ended it with a superb defensive header from underneath his own crossbar. Those moments neatly book-ended his assist for Harry Kane to put Tottenham 2-0 up midway through the half.

Bale was constantly in the action. He attempted four dribbles, 24 passes and had a further attempt on goal that went just wide.

His 37 touches were the most by any forward in the opening period, almost three times as many as Heung-min Son (13), undoubtedly Spurs' outstanding attacking player so far in 2020/21.

So it was no surprise when Bale slammed in a second to make it 4-0 just before the hour.

But this kind of all-round performance really had been coming. And it's Jose Mourinho who deserves plenty of credit. 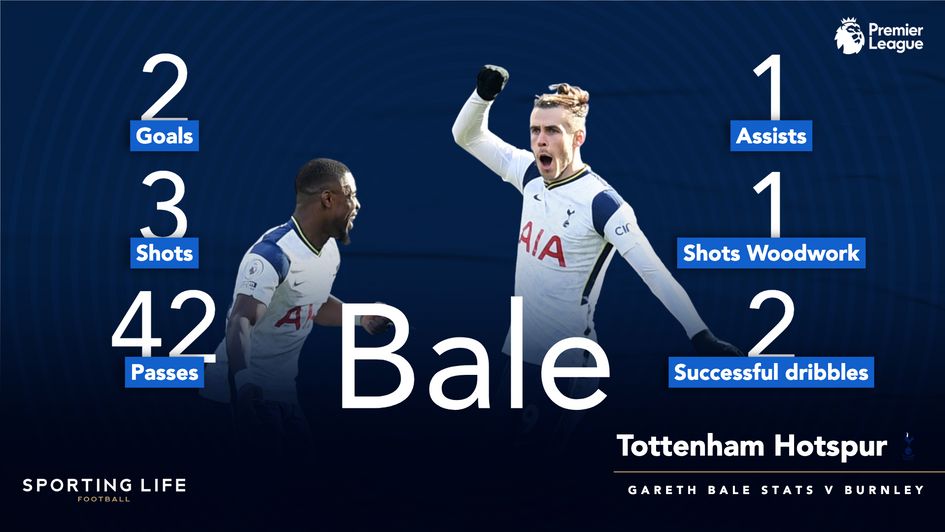 Gareth Bale put in a superb display against Burnley

Why was Bale not playing for Tottenham?

At a news conference on February 12, less than 48 hours on from Tottenham's remarkable 5-4 defeat by Everton in the FA Cup, Mourinho appeared to be engaging in a public war of words with his club's highest paid player.

Bale had missed the fifth-round tie at Goodison through injury, which happens, but an Instagram post is what had clearly irked his manager.

"Since the beginning of the season in relationship to everything, I try to be very private and try to keep everything indoors, but I felt I needed to address the situation," said Mourinho.

"The post was not even his responsibility, I don't know. But the post was showing 'training session great and I am ready' and was totally wrong.

"It was a contradiction between the post and the reality."

With Bale having started just two Premier League games, through a combination of injury and poor form, since agreeing a much-vaunted loan return from Real Madrid in September, Mourinho looked to be sowing the seeds for a summer separation.

Instead, it has proven to be the turning-point in what, hitherto, had been an anticlimactic second spell in north London for the 31-year-old.

Is brilliant Bale back, or was it a one-off?

So much focus, quite rightly, went on Manchester City's 3-0 shellacking of Tottenham the next day that few recognised the increased level in Bale's performance during a short appearance off the bench.

Two shots, two tackles, four dribbles and eight passes is a lot to pack in to an 18-minute cameo. 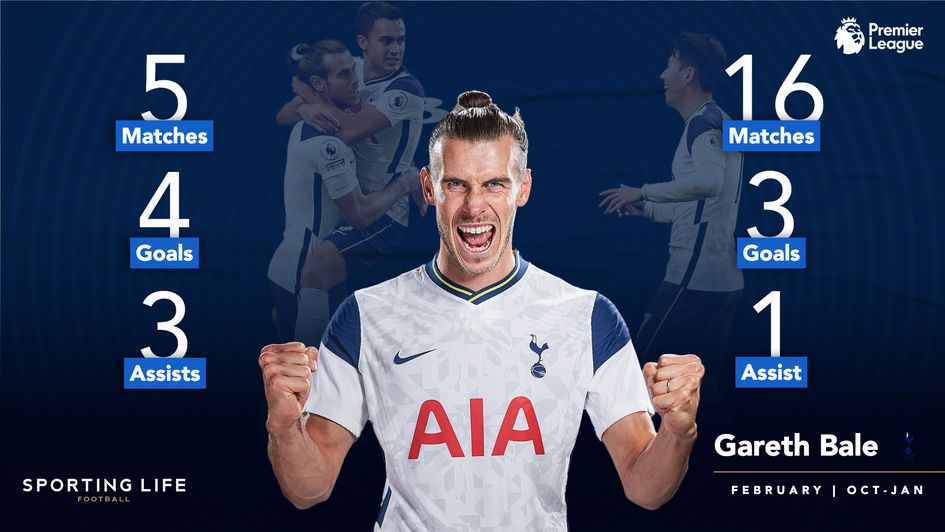 Gareth Bale has enjoyed quite the turnaround in February

A few days later, on February 18, Bale scored and assisted in a 4-1 thrashing of Wolfsberger in the Europa League last 32, the first time he had done that for Spurs since April 2013.

In 137 minutes of action since, he has scored three and assisted two more goals.

When his team-mates turned in a listless first-half display against West Ham, Bale's half-time introduction almost inspired a comeback as he created a goal for Lucas Moura while acting as a constant menace to a usually watertight Hammers defence.

When Wolfsberger rolled into town for the second leg in midweek, it was Dele Alli who stole the headlines in a 4-0 win. Bale was once again superb in an electric 22-minute substitute appearance which saw him net moments after coming on.

It was all building to Sunday's Man of the Match display, with Burnley the unfortunate victims.

Even Roy Keane, never shy to stick the boot when given half a chance, was forced to backtrack (slightly) from his pre-match assertions that Bale was showing no clear signs of a return to form, writing off his performance against West Ham as "putting a corner in and putting one over the bar".

📺🤣 Was Roy Keane's verdict on Spurs and Gareth Bale being piped into the changing room before kick-off?

Any time Keane is proved wrong so quickly, is a real Sunday afternoon treat.

Could Bale, Alli, Kane and Son be Spurs' answer?

While the game as a contest was long since over by the hour mark, Spurs fans were treated to a brief taste of Kane, Bale, Son and Alli as a front four, a truly mouthwatering prospect.

Perhaps it's a stretch to say this latest Mourinho masterstroke proves he is still the Special One, although should Dele turn in a similarly head-turning performance when he's next handed a Premier League start, maybe we can go that far.

But for now, what we can certainly say is Bale is back. 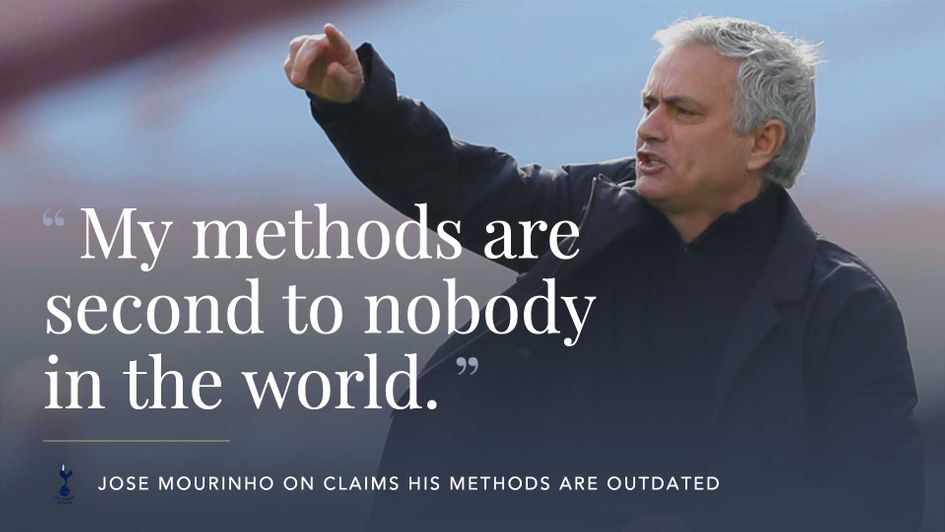 CLICK TO READ: Is Jose Mourinho still the Special One?