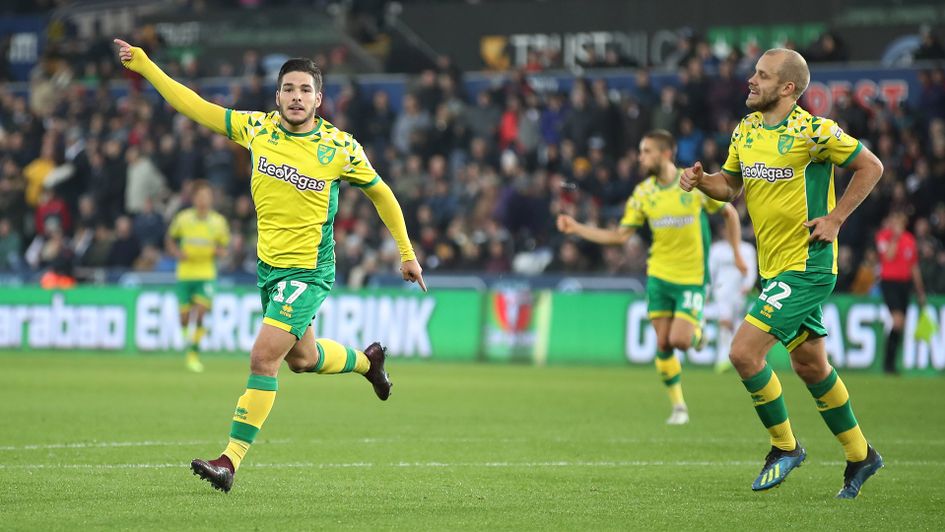 Norwich are flying high in the Sky Bet Championship

It's been another entertaining weekend in the Sky Bet EFL. Tom Carnduff looks at five key events from across the leagues.

Can anyone stop the Canaries?

They are enjoying an extraordinary run of form and find themselves top of the table, two points clear of Middlesbrough in second.

This victory over Swansea also extends their league winning run to six, moving them into 7/2 second-favourites to win the title this season.

Speaking to canaries.co.uk, head coach Daniel Farke said "It’s always tricky after a break and several lads were away with their national teams, so to be there in the first game with a really good performance and result is always a bit tricky. But we were able to do this today, it was a great performance and we are all happy."

"I am full of compliments for the lads."

Official changes galore at the Den

There is a stoppage in play here. Referee Tony Harrington was replaced before the game by Fourth Official Lee Swabey. Now it appears he is potentially being replaced...

There was a bit of an issue with the officials in this one...

No, not in the usual "that's never a card", "how is that not a penalty" and the "you don't know what you're doing" way - but having to change the referee twice.

Tony Harrington, originally appointed here, was ruled out from illness and Lee Swabey became the referee. However, with just 24 minutes played, he also had to be forced off through injury.

Speaking to the Bolton News about the incident, Wanderers manager Phil Parkinson said "the first ref got injured in the warm-up so we had a Millwall fan as fourth official, who jumped up and applauded when Jordan Archer made that double save in the first half. We had a moan to him, jokingly.

"But then all of a sudden that Millwall fan became the linesman. It was strange and we we’re 1-0 up but then the assessor came down at half time to say they had to speak to Dave Allison to see what the procedure is now. God knows what would have happened if another one went down.

"It was a bit chaotic because, as you know, it can be difficult for referees and linesmen at Millwall at the best of times. But when you have got a Millwall fan who has come out of the stand and ends up running the line. Thankfully he showed plenty of integrity."

Are you sure about that, Lee?

Josh Brownhill was given his marching orders for a second yellow card, which you can watch in the video above.

Bristol City manager Lee Johnson didn't seem too happy with the decision though, suggesting that key decisions went against them.

Speaking after the game, he said "I've always got complaints. Listen we've had four or five critical decisions in the last four or five games go against us and sometimes that's the way it goes.

"Potentially a bit of naivety from Josh - a player that by now should be experienced enough to now to deal with that. And that was disappointing."

On speaking to the referee after the game, he continued "what's the point? There's no point. He's the star of the show and not the players so sometimes you have to bite your tongue because otherwise you'll get in trouble.

"Of course, you have to learn. He's still relatively young but he's had enough league games to understand that he can't do that. Whether he slipped and the referee hasn't seen that but still you've got to stay on your feet and you've got to work hard to work your feet.

"He's given the referee a nice decision to make given that the fact there's 34,000 from Leeds here."

Seems a pretty obvious yellow card to us...

Sunderland rescued a point with a late equaliser at Walsall, despite going down to ten men.

Lynden Gooch scored the goal with minutes remaining as the Black Cats kept up the pressure on Portsmouth at the top.

The scenes that followed it saw players celebrating with the fans, although Luke O'Nien caught the eye with his efforts.

That's right, he rugby tackles a fan to the ground - one that wouldn't look out of place in the recent Autumn internationals.

O'Nien spoke about it on Twitter after the game, stating "I definitely got the ball before the man!"

Wow, just wow, WHAT A GOAL!

Very little needs to be added here, apart from it wrapped up victory for Villa in the Second City derby.

Sit back, watch the video above and enjoy... 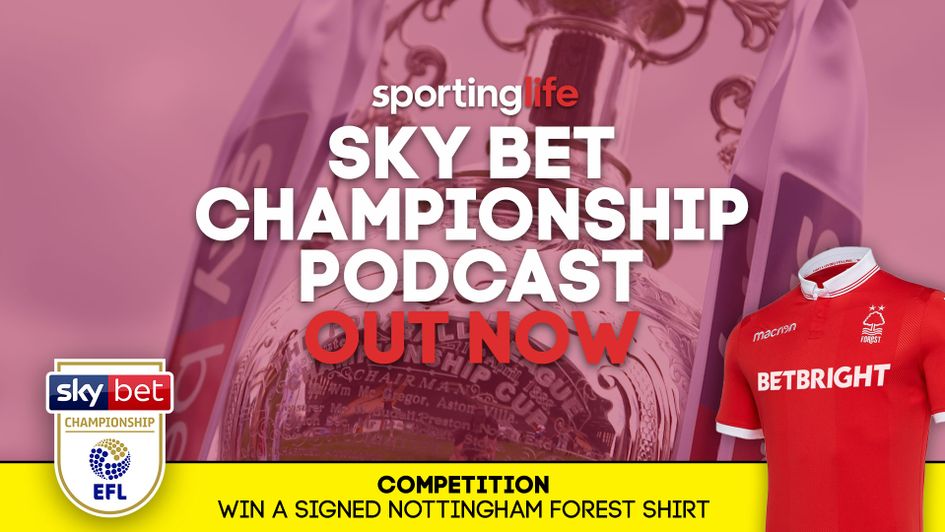 In episode nine we tackle the Second City derby, as Aston Villa beat Birmingham City 4-2 in a cracking game. We examine what is means for both club's and their season aims.

After Angel Rangel's two stunning goals for QPR, plus a late equaliser from Millwall's Jake Cooper we discuss the best goal scoring defenders to have played the game, including Matt Elliot, Ian Harte, Steve Bruce and David Wetherall.

We debate how much more is to come from Nottingham Forest after their win at Hull City and and ask if the Tigers can stay up.

Sheffield United, Rotherham United, Brentford and Bristol City are all covered, as well as the best betting odds and tips for the mid week EFL matches