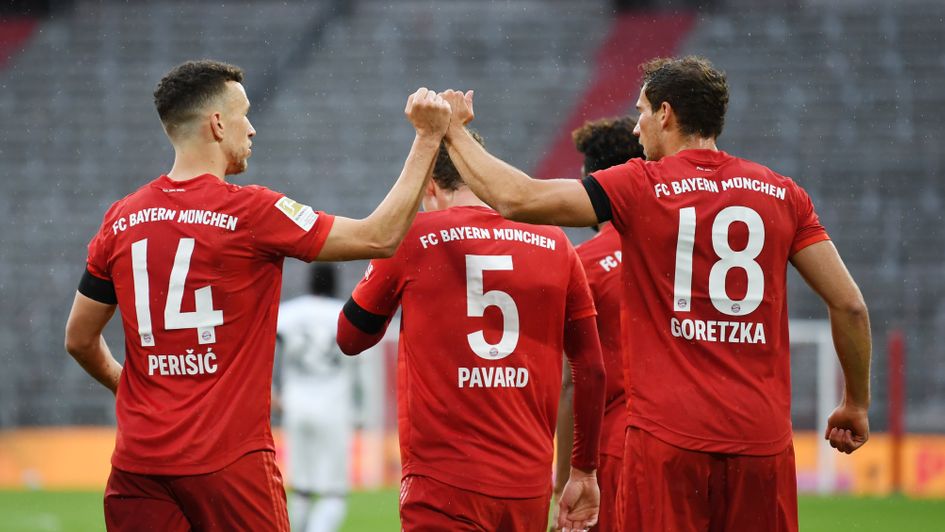 Bayern Munich re-established their four-point lead at the top of the Bundesliga by beating Eintracht Frankfurt 5-2 at the Allianz Arena.

After Borussia Dortmund had moved to within a point of them thanks to victory at Wolfsburg earlier on Saturday, Bayern needed to respond ahead of the sides' crucial midweek meeting.

And aside from five minutes of lax second-half defending, Hansi Flick's team were largely untroubled.

While Dortmund will no doubt have been encouraged by both the panic that ensued in the Bayern ranks following Martin Hinteregger quick-fire double, and the vacant marking that allowed the big Frankfurt centre-back to pull his side back from 3-0 down, they will also have taken note of their rivals' attacking potency.

✅ It looked all over when this happened.

🤯 But 10 minutes later and it's 3-2 with Bayern scrambling!pic.twitter.com/slmywKz9kP

Even before Leon Goretska arrived late in the box to steer home Thomas Muller's perfect cut-back in the 17th minute, finishing off a superb, sweeping Bayern attack, the hosts should have been well clear, with Robert Lewandowski, Ivan Perisic, and Benjamin Pavard all going close.

When Muller and Lewandowski struck aside of the break, the former skilfully controlling a difficult cross before firing in, and the latter stooping low to head home less than 60 seconds after the restart, the game looked dead and buried.

But almost immediately, slack defending at a corner allowed Hinteregger to scruffily force the ball home, and Bayern failed to learn their lesson as he thundered a header past a helpless Manuel Neuer only a few minutes later.

However, the visitors' carelessness in possession had been bearing as much fruit as the hosts' own creativity, and Frankfurt's error-strewn display handed the momentum back to their opponents just as the Bundesliga leaders were wobbling.

Gelson Fernandes intercepted a low ball from Alphonso Davies before playing an inadvertent one-two, which allowed the Canadian the simplest of finishes and made it four goals in 15 second-half minutes

Before long Bayern's three-goal advantage was re-established when a mazy run down the left from substitute Serge Gnabry caused havoc, with his shot eventually being poked into his own net by Hinteregger, completing an undesirable hat-trick.