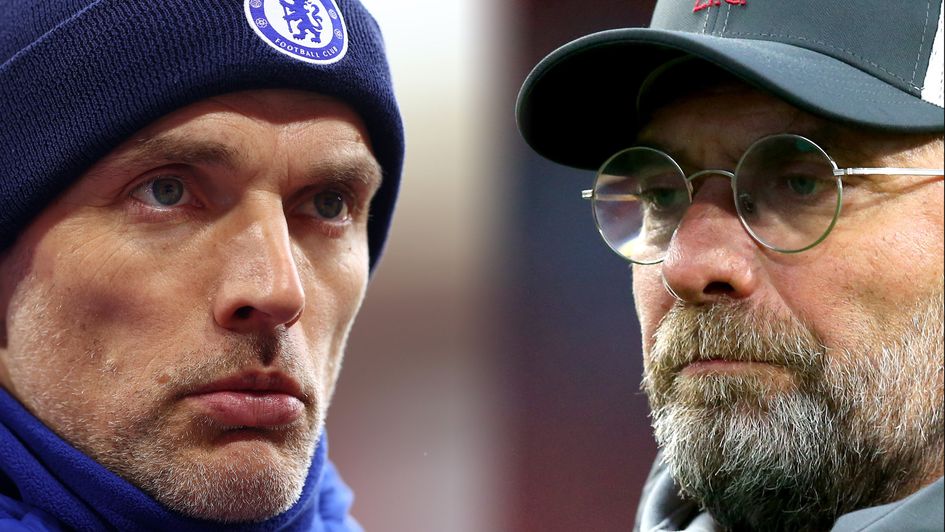 After such an eventful year for Chelsea both on and off the field, it is hard to believe that as recently as December, Thomas Tuchel’s side were top of the Premier League table and widely regarded as being Liverpool’s equal.

The smart money, at the beginning of that month, was on Chelsea going all the way. After all, they were top of the table even with Romelu Lukaku making a slow start, and surely it was only a matter of time before he started firing...

The collapse has been alarming. Chelsea have won 37 points from the 22 league games since, some 18 fewer than Liverpool.

Nevertheless, Tuchel is a brilliant cup manager and their league performances do not necessarily have much bearing on this weekend’s FA Cup final, especially not with the ownership issue finally looking resolved – and not with a brace from Lukaku just maybe symbolising the end of this messy few months.

It should not come as a surprise, then, that Chelsea have drawn each of their previous three meetings with Liverpool, including a 0-0 in the Carabao Cup final that was decided on penalties, and nor should we be surprised if Saturday’s FA Cup final again goes all the way. 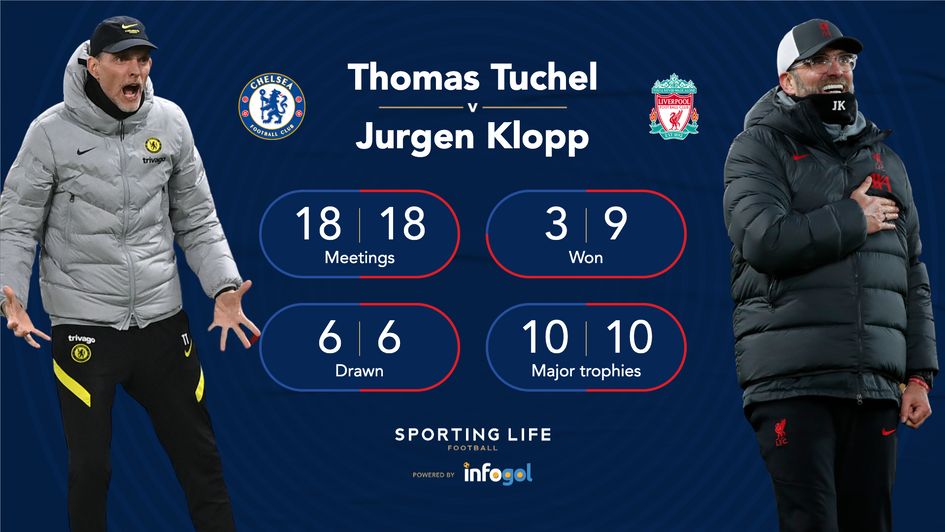 The biggest tactical difference between the two coaches is in pressing; while Liverpool are aggressive, Chelsea happily sit back a bit to draw the other team out, in order to then burst in behind.

That explains why, in each of their previous three meetings this season, Tuchel has tried to focus on playing very quickly in behind Liverpool’s high defensive line, starting from a relatively deep position as he accepts Klopp’s side will dominate the ball.

He will be screaming at his players to sweep balls either over the top of the Liverpool defence or vertically along the ground via N’Golo Kante and Matteo Kovacic.

In theory, Chelsea can test Klopp’s high line this way, especially with Timo Werner and Kai Havertz starting together up front. Werner will make clever runs on the shoulder and wait for those more direct passes on the break, while Havertz will attempt to drop and prevent Fabinho from being able to shut Chelsea down.

This could be particularly problematic for Liverpool down their right, where Trent Alexander-Arnold may be caught ahead of the ball.

Mason Mount, playing in the hole behind a front two, can lean out to the left to feed Werner into those spaces. To make matters worse for Liverpool, Romelu Lukaku’s second goal against Wolves last weekend utilised the Belgian’s speed during an attacking transition. He could have a crucial impact from the bench.

Thiago to dictate the game

However, there is a good chance Chelsea’s opportunities to do so will be severely limited by Liverpool’s control of the midfield battle.

It is noteworthy that Thiago Alcantara has been absent from every meeting with Chelsea this season and is set to make his debut in this fixture on Saturday, because the Spaniard’s incredible technical ability is vital to how Liverpool grind teams down and prevent counter-attacks from beginning at all.

Thiago presents such a danger in possession that opponents become penned in, forced deeper than they would like and generally unable to hold the ball for long enough to play the direct passes that Chelsea would like.

He will most likely make this a more one-sided game than the Carabao Cup final, neutralising the threat.

No matter how successfully Chelsea navigate a Thiago-inspired Liverpool midfield – and this will undoubtedly be another tense, low-scoring game between two sides sparring cautiously through the middle – Liverpool remain favourites due to the volume of mistakes creeping into the Chelsea team over the last month or so.

Chelsea, perhaps distracted by the ownership issues, have conceded 17 goals in their last 11 matches in all competitions, and a troubling number of these have been the result of errors. 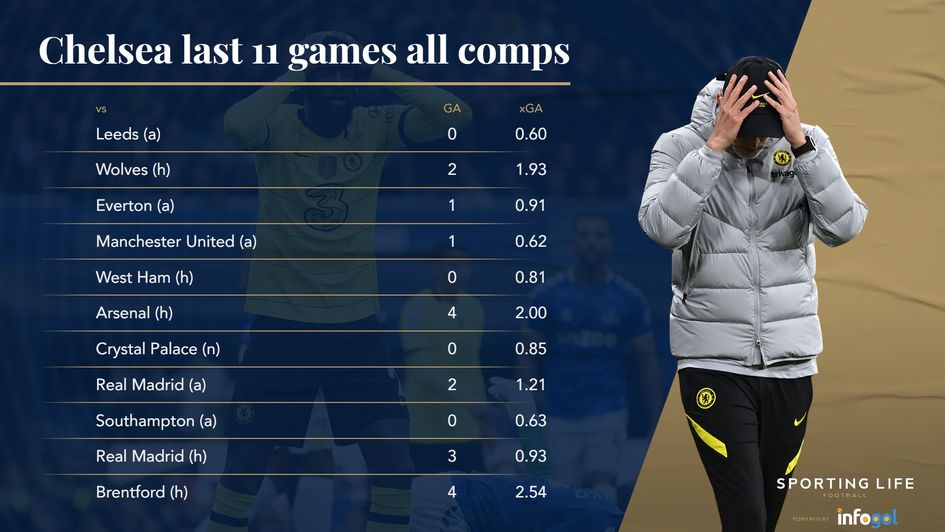 Four of the concessions were glaring individual mistakes at the back, four were conceded on the counter, and four were the result of sloppily giving away possession in their own third.

All of these goals would be seen as avoidable by Tuchel. All of them will give encouragement to Liverpool – who will anticipate forcing more creaky moments with their high pressing, and will anticipate being able to counter quickly when a Chelsea attack breaks down.

Wing-back battle one to watch

That should prove to be a decisive advantage, although Chelsea do have the upper hand in the battle between the two sets of wing-backs.

Andrew Robertson has been in poor form recently and looks vulnerable to the attacking threat of Reece James on that side, while Alexander-Arnold will have to show greater caution than usual with Werner hovering.

Then again, these players have not been decisive in any of the previous Tuchel-Klopp meetings, which is an indication of just how tense and claustrophobic these matches tend to be.

Chelsea do not allow for open (or particularly entertaining) games to develop in finals. A single goal will probably decide the contest, and with Thiago on the pitch – with Chelsea on a run of one win in their last four – Liverpool should edge it. 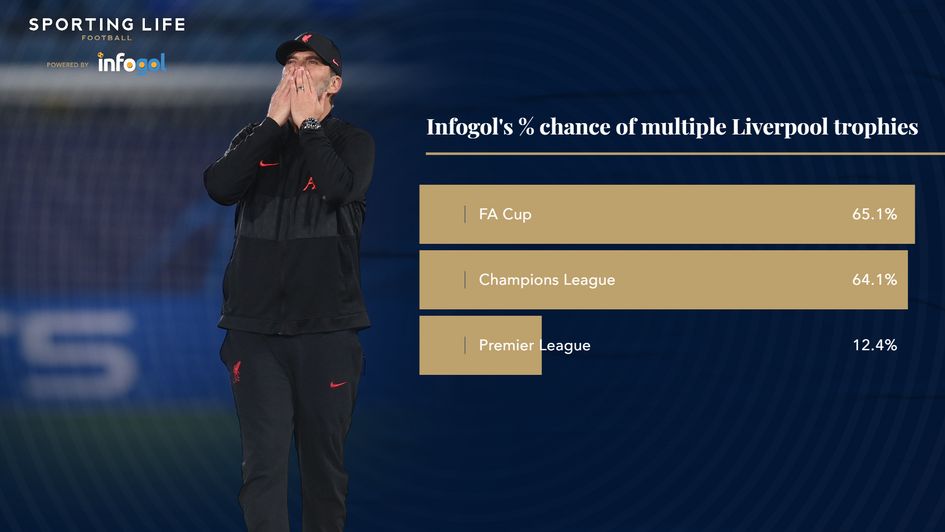