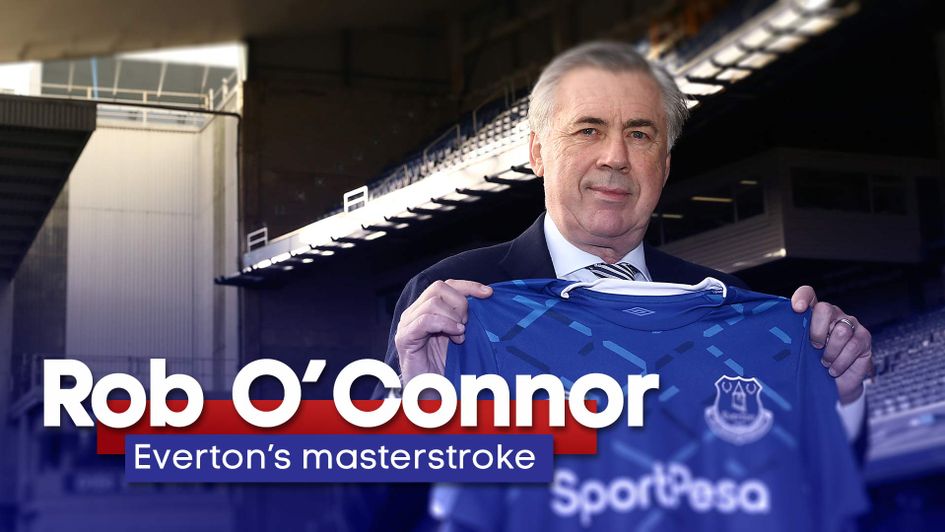 Carlo Ancelotti: Rob O'Connor says Toffees pulled off the deal of the century by bringing the top coach to Goodison Park

Rob O'Connor says Everton pulled off the deal of the century by signing Carlo Ancelotti, and wonders why other top clubs failed to grab him.

In 1994, a $7.4 billon contract was signed between the world’s major oil companies and the government of the shady, secretive ex-communist nation of Azerbaijan. The deal was for something close to a billion tons of oil to be dug up from the country’s Caspian Sea coast – quite literally its back yard – and pumped through pipelines thousands of kilometres long to meet the needy energy demands of Europe and America. The Azeri president, an ogre-like ex-Kremlin insider named Heydar Aliyev, was lauded a national hero for having signed his post-Soviet rustbelt nation into ‘the deal of the century’.

That was then. But what about this new century? For a contract with the same kind of transformative power to turn a lumbering rag-bag of elements into a slick, upwardly mobile, sexy spectacle, how about the one relegation-bound Everton persuaded three-time Champions League winner Carlo Ancelotti to sign his name on back in December of last year? The contract of the century? Try the contract of the millennium.

The obvious bit is the bit you can see. Everton were in the bottom three the morning previous boss Marco Silva was sacked, following a depressing 5-2 defeat to Liverpool at Anfield. Now they sit seventh. The Toffees’ bigger names, the ones that were signed to take them to that mythical ‘next level’, had tanked, as had the club’s home-brew stars.

"This place is a family."

"Our ambition is to give happiness to the supporters."

Carlo Ancelotti has managed the biggest sides in world football...

Now he's all in on the Everton project 🔵

Fast forward to last weekend. Against Crystal Palace on Saturday Bernard, Richarlison and Theo Walcott delivered a blitzkrieg that even the visitors’ surly Premier League operators couldn’t live with, whilst Dominic Calvert-Lewin was a counter-attacking tour de force. These are the kind of transformations that the world’s richest clubs pay through the nose trying to achieve.

The team’s shape has altered but it’s between the seams where Everton have improved – the passes a yard in front of the runner instead of straight to feet; full-backs anticipating the weight of the ball as its pinged out wide; strikers who can judge where the cross is heading based on who’s crossing and the way he’s shaping his body. These are what separate expensively bought individuals from smartly assembled teams, the building of a squad rather than a catwalk.

Listen to the players and no-one seems quite able to put their finger on what’s changed. A typically philosophical Theo Walcott reflected after January’s win against Watford that Ancelotti “says things that make you think” (which answered one or two questions about Walcott’s own career to this point), whilst the Italian himself drew a line under a squandered 2-0 lead against Newcastle by telling his players “there are things in football you cannot control.” So far, so unremarkable, just a manager quietly and unassumingly going about his work in the way familiar to him for the last 25 years.

After 1️⃣2️⃣ years, Real Madrid had their hands back on Old Big Ears. Ancelotti had his third Champions League medal.

Ancelotti and Everton is a meeting of two worlds, which is not to argue the club cosmically ‘belongs’ in the middle reaches of the table. Some of us can remember – just – when the Toffees were Football League champions 35 short years ago. But the manager has walked into a club that is conditioned to aim for sixth or seventh place and call it a great season. The same manager that won Real Madrid their coveted 10th Champions League title – La Decima – in 2014.

What exactly is it that makes Ancelotti’s appointment seem like such a ludicrous steal for a club that no longer enjoys a place amongst England’s elite? To misquote a gag that’s earned groans on the comedy circuit since time immemorial: “They say you only play Goodison Park twice in your career – once on the way up and again on the way back down. So it’s great to be back…”

Except the idea that Ancelotti’s career is somehow on a descent is a wild illusion, a collective blindfold that has slipped over the eyes of every chairman – or executive vice-president, in the management speak of a not so distant North West rival – of every mighty but struggling club in England. What kind of an elixir, do you suppose it was, that led Ed Woodward to draw up a permanent contract for Mold’s Ole Gunnar Solskjaer to become Manchester United manager, rather than tap up the then-Napoli boss Ancelotti, a title winner in England, France, Italy and Germany, to say nothing of his European honours.

👍 Only Liverpool (24) have won more Premier League points than Everton (17) since Carlo Ancelotti’s first game in charge of the Toffees in December.

It may be something to do with a too-rigorous belief in trends. When Jose Mourinho was sacked by Chelsea in 2015 six months after leading them to the title, it was a shot in the arm for the theory that managers have a shelf life, not one linked with ageing bones as with players but with the passing out of relevance of their skills and ideas.

Certainly there is explanatory power in this. Football is increasingly theory-driven, and as well as its unpredictable patterns of evolution there’s also the generational issue of older coaches adapting to the widening gap between them and their players (“They keep getting younger, but I stay the same age” etc).

But are we too fastidious in sticking by this idea? Maybe. Mourinho’s methods ran out of steam because they were reactive. His teams set up to suffocate the opposition and jam their gears. A proactive theoretician, though, builds a new machine. A coach can, in theory, stay at the apex of new tactical thinking, as long as they are creating rather than trying to respond to the change.

In the second part of our look at Carlo Ancelotti's managerial journey, we look at his time at Juventus, where the fans called him 'the pig that could not coach'. Harsh! It's safe to say that Ancelotti showed little love back. #efc #ancelotti #everton #royalblue pic.twitter.com/zxvC7v9c23

The new vogue in managerial appointments – the inexperienced but much loved club legend – seems already to be failing. Solskjaer has shown himself to be out his depth for the mammoth task of re-starting Manchester United. Freddie Ljungberg was eaten at by the Arsenal rot. Frank Lampard is yet to convince he is the way for Chelsea.

Everton themselves should be applauded for resisting the Sirens of aching sentiment in not giving the manager’s job to Goodison Park royalty Duncan Ferguson, despite those restorative results against United and Chelsea in December that gave Ancelotti his platform to work from. Football, it turns out, really is too technical a craft to leave exclusively in the hands of the most popular kid in the class.

So Toffees chief Farhad Moshiri did what any responsible owner would do. It may not be worth the billions that Heydar Aliyev greedily watched pour into the state coffers on the windy shores of the Caspian, but Everton’s deal of the century might just come to seem as valuable. 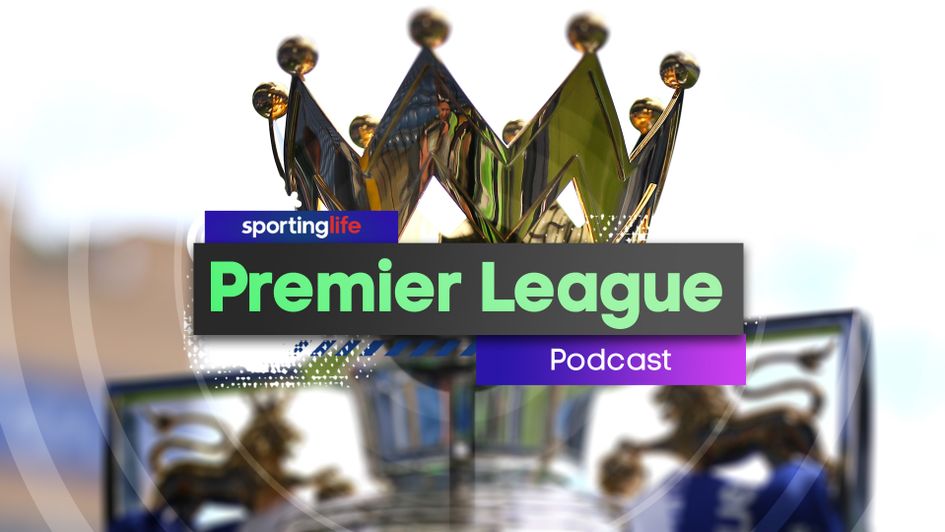