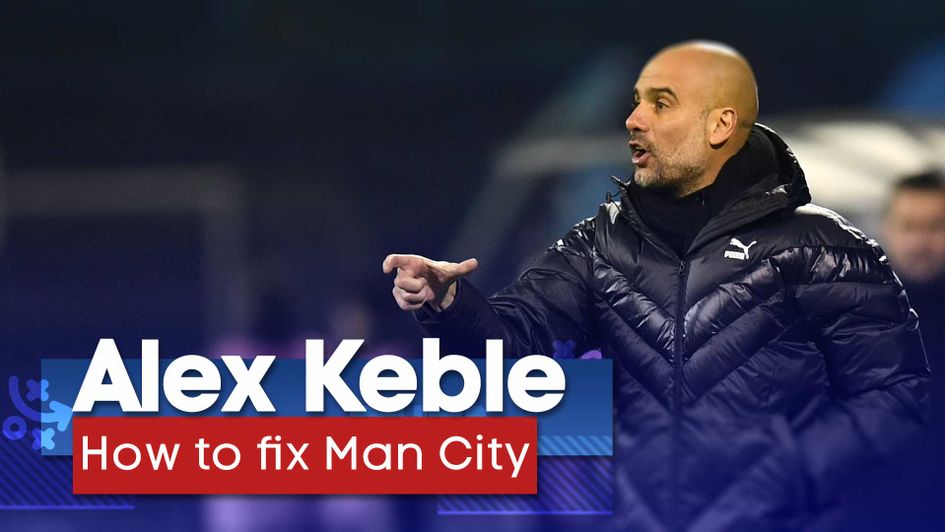 Alex Keble: What's gone wrong at Man City and how can Pep Guardiola fix it?

Alex Keble feels that it could well be the end of an era at Man City, but it wouldn't take too much for Pep Guardiola to build them back up again.

It says a lot about the alarming frequency of Manchester City’s defeats this season that the cadence of Sunday’s game was so familiar and the aftermath so predictable. Tottenham’s 2-0 win was a microcosm of City’s season, from the possession domination and profligacy in front of goal to the concessions from long-range shots and Pep Guardiola’s menacingly anachronistic assertion that he was proud of his team’s performance.

They were dominant but somehow hesitant, diligent in carrying out their gameplan but somehow shaky – crumbling at the slightest disruption to their rhythm. It is the new normal. Man City have lost six Premier League matches this season, have dropped points in more than a third of their games, and have not won more than three in a row.

On the surface, things are getting worse as the campaign goes on. Sunday’s loss marked the first time under Pep Guardiola that City have gone two successive games without scoring. It was also the first time in 2019/20 that Pep’s side have suffered back-to-back defeats.

"Have you conceded the title?"

But it wasn’t just the performance against Spurs that encapsulated their campaign as a whole. The media response was split, as it has been all year, between those who felt City were simply unlucky and those who felt the result was representative of an era coming to an end.

The truth, of course, is somewhere between the two. City are gradually falling apart, but it won’t take too much work for Guardiola to revitalise them.

Their flaws this season are worth pouring over; mistakes from which lessons can be learnt. The most glaring is at centre-back, where Guardiola’s failure to replace Vincent Kompany or legislate for the possibility of a lengthy injury to a key defender has been the main difference between this year and last. This is an obvious point and well-trodden ground in the media (and, one assumes, in the Man City boardroom), but what is less frequently given attention is Guardiola’s role as a coach in this problem.

Coaching centre-backs is a blind spot for Guardiola, and something he should perhaps seek to address with a new backroom appointment. The role in such a feverishly high-pressing team is extremely difficult, but far from unique, and it is to the Catalan’s discredit that John Stones’ development has badly stalled, that Nicolas Otamendi has got steadily worse over the last four years, and that Kompany was parachuted back into the side towards the end of 2018/19 to add structure and direction. The Anderlecht manager was essentially doing the sort of coaching that should have come from the bench.

👏 Steven Bergwijn grabs his first goal for Tottenham in his first appearance!

The fix, aside from an overhaul behind the scenes, is simply buying a couple of players. Aymeric Laporte was a bit of a risk at £58 million but paid off, and after Liverpool broke the bank to sign Virgil van Dijk it is surely time City loosen the purse strings in pursuit of a world-class talent to partner Laporte.

A similar issue has developed at left-back, where the majority of opponents deliberately focus their attack and where City lack an overlapping option in attack. As a consequence they lean too heavily to the other side, relying on Kyle Walker’s pace as Oleksandr Zinchenko holds ground; a semi-inverted full-back defending against the counter. Benjamin Mendy doesn’t appear to fit in. Long-term target Ben Chilwell would offer tactical intelligence and a creative option.

🔥 "Outside of Virgil van Dijk, Aymeric Laporte is the best centre-half in the Premier League"

Filling these two defensive positions alone would rejuvenate City, although to repeat the dominance of 2017 to 2019 will require a more substantial rebuild. This is an ageing City squad, and indeed the loss of Fernandinho from midfield will soon become permanent while David Silva is similarly on his way out. He joins a probable summer exodus that includes Mendy, Otamendi, Gabriel Jesus, Leroy Sane, and Joao Cancelo.

These could turn out to be empty rumours, but the existence of them tells a story of a squad believed to have gone stale, in need of major revamp to reignite the spark that has gone missing. 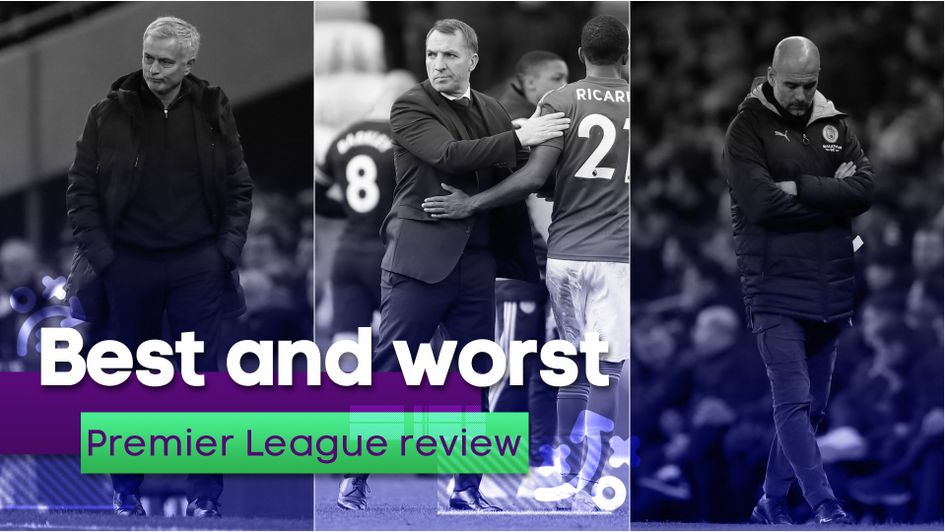 This analysis, again, is an overstatement. Should City successfully replace Fernandinho then much of their current creativity issues can be resolved. During Guardiola’s best years at City, Silva and Kevin De Bruyne worked together as tandem number tens, a dual threat that made it impossible to defend both sides of the pitch at once.

Without his influence City have lost their variation; De Bruyne too often floats out to the right wing, where opponents double up, while City’s softness in a Fernandinho-less midfield has enforced Guardiola to lose the Silva role altogether, sitting two midfielders in front of the back four.

If Man City can find an all-action midfielder to fill Fernandinho’s role it will have the knock-on effect of freeing up a spot for Bernardo Silva or Phil Foden to take over in central attacking midfield.

Pundits are beginning to question whether Guardiola has the energy to carry on, and whether his players can still be motivated after four long, intense years under his tutelage. But he has repeatedly said he will honour his contract, and the psychological deficiencies at the club are more likely the result of being in competitive limbo for the rest of the campaign – unable to catch Liverpool, unthreatened by Leicester City. When the league table goes back to zero, and a couple of big signings come in, the club as a whole can reset.

This season Man City have been poor defensively, vulnerable to counter-attacks, error prone, profligate in the penalty box, and limited in the variety of their attacking lines.

And yet every single one of these flaws will be fixed in a reverse domino effect of signing a new centre-back and solving the Fernandinho problem. That’s a pretty easily achievable summer ‘to do’ list for a manager of Pep Guardiola’s stature.