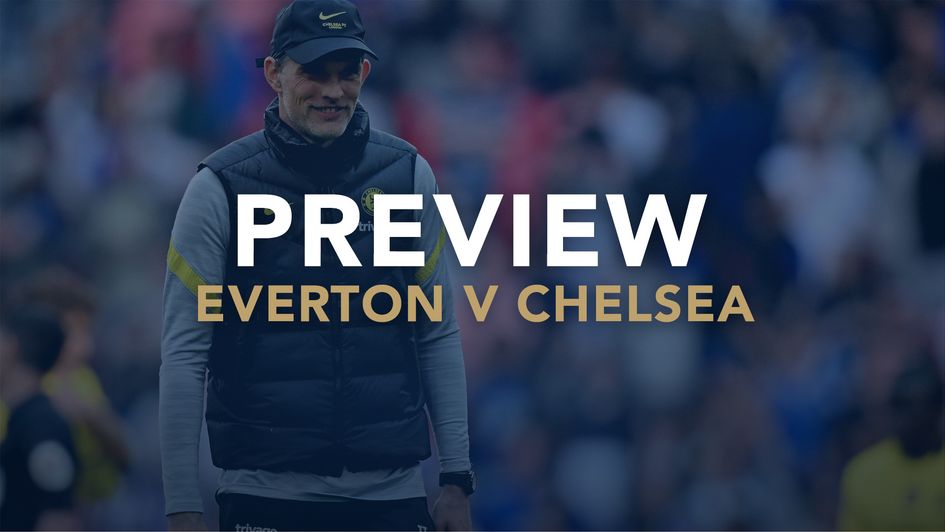 What a huge weekend this could be for Everton.

It is looking increasingly like the final relegation spot will be between the Toffees and Burnley, with the Clarets recent resurgence plunging Frank Lampard's side deeper into the mire.

Heading into the weekend, they are two points behind Burnley, but by the time they play on Sunday, that gap could be five, with Burnley playing on Saturday away at second-bottom Watford.

Everton face a much tougher game this weekend, hosting Lampard's former side Chelsea, and while their better performances under him have come at Goodison Park, it is still hard to see an Everton win in this match.

The Toffees have won three of six home games under Lampard, beating Leeds (3-0), Newcastle (1-0) and Manchester United (1-0), with their results coming from very negative performances of fine margins that rely more on luck than quality.

Their home xG process of 1.07 xGF and 0.93 xGA per game under Lampard highlights exactly that.

Few chances at either end have become the norm at Goodison, with results determined by moments of brilliance from either team rather than a strong process - that is not a sustainable way of playing. 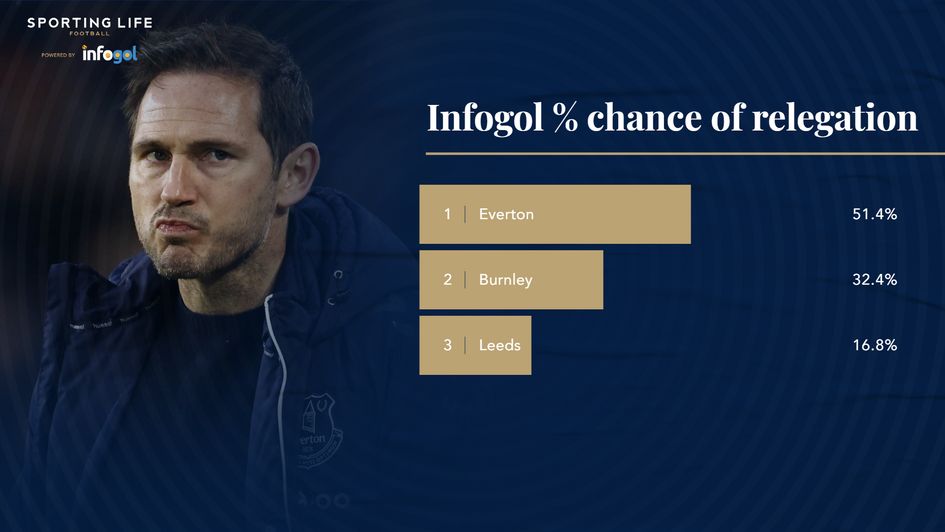 If Everton needed draws, then it would be. But they need wins, and the low number of chances they create, and concede, means the chances of them winning matches decreases.

They are going to have to be at their very best here against a Chelsea team who have been better on the road this season than at home.

Across their last five away games, which includes trips to relegation candidates Norwich and Burnley, Thomas Tuchel's side have racked up a huge 2.30 xGF per game, so are having no issues creating when on their travels.

Defensively they have looked strong too in that sample (0.78 xGA per game), meaning Chelsea are one of the few teams Everton will not want to be playing at such an important time of the season.

After all, despite a few rocky patches this term, Chelsea are the third-best team in the Premier League overall. 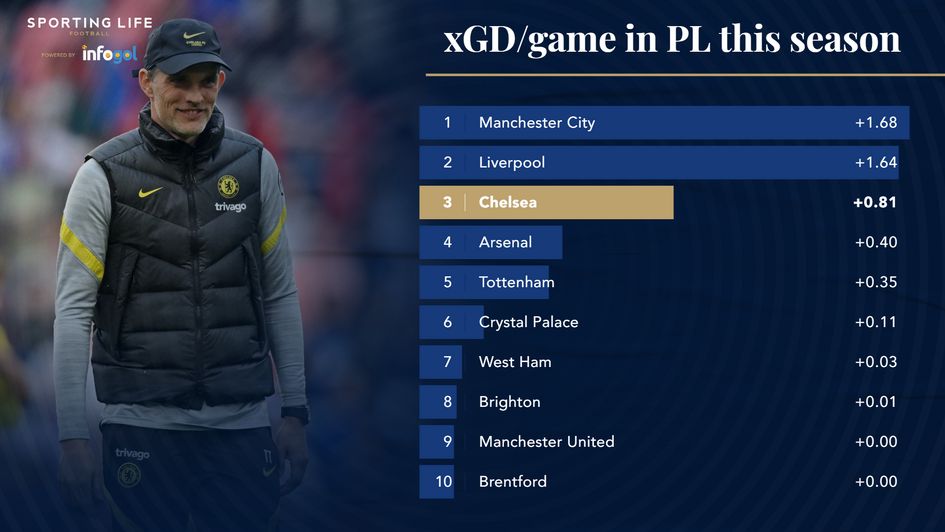 So, with all that in mind, and despite some good results for Everton at home under Lampard, I have to back CHELSEA TO WIN at a best price of 4/5. Even if you can only get 3/4 for an away win, that should still be backed.

A second bet I like the look of draws from the tight nature of Everton home matches recently, and the fact that there have been few chances at either end of the pitch.

Their home xG process under Lampard is workmanlike to say the least, and though they need wins to reel in Burnley, the Toffees will be well aware that if they take a gung-ho approach here Chelsea will severely expose them.

That therefore means it should be rinse and repeat in terms of game plan - keep things tight and hope for a moment of quality in your favour.

Everton deployed the same tactics against Manchester City, Manchester United and Liverpool, with all three games going UNDER 2.5 GOALS.

Five of Everton's six home games under Lampard have seen this bet land, while six of Chelsea's last 10 away matches have done so too.