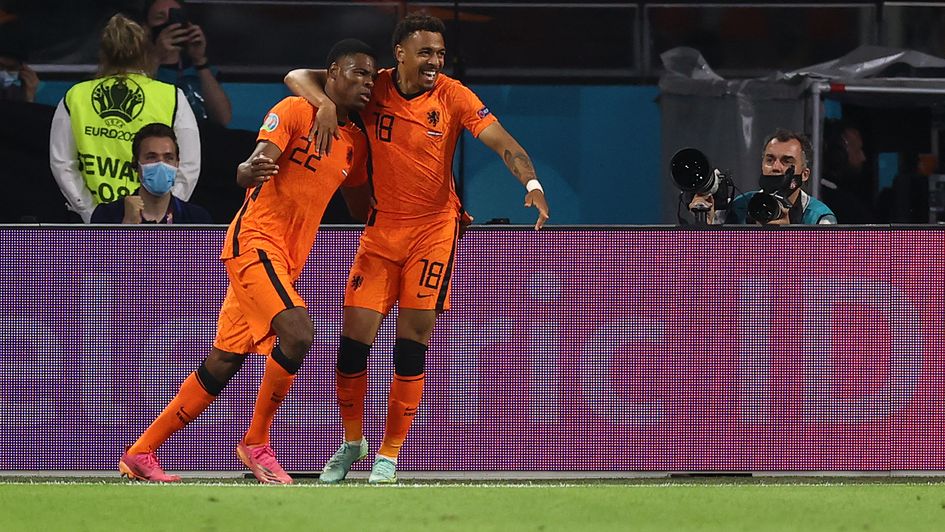 Euro 2020: Ukraine hold off North Macedonia, while Belgium and Netherlands book their place in last 16

A review of Thursday’s Euro 2020 action, a good day for Sporting Life followers after our tipsters put up winners in all three matches.

The Netherlands progressed to the Euro 2020 knockout stages by clinching top spot in Group C courtesy of a comfortable 2-0 success over Austria in Amsterdam.

Memphis Depay’s early penalty and Denzel Dumfries’ second goal of the tournament saw the Dutch build on their opening win over Ukraine against toothless opposition at the Johan Cruyff Arena. 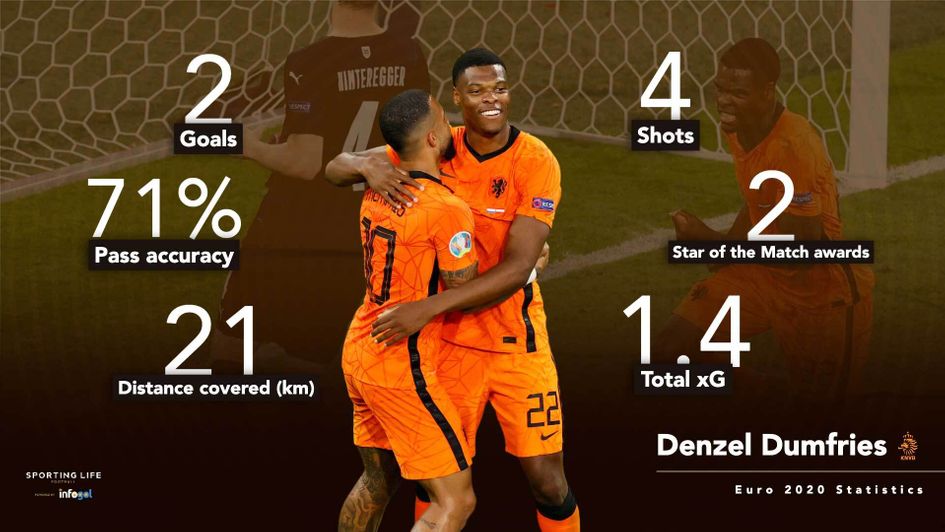 While some people though Dumfries' goal against the Ukraine was a one-off, followers of Sporting Life would have been expecting differently, as the Dutch wing-backed was tipped up to score against Austria at 9/1, meaning our tipsters turned a profit in all three of Thursday's matches.

Frank De Boer’s men are now guaranteed a last-16 tie against one of the best third-placed teams in Budapest on June 27, while Thursday’s result also eliminated their upcoming opponents North Macedonia.

A come-from-behind win for Belgium had Sporting Life readers in dreamland as Roberto Martinez' side were tipped to win the match at a staggering price of 11/10.

Kevin De Bruyne came off the bench to fire Belgium into the last 16 with a comeback victory over Denmark on an emotional night in Copenhagen.

Playing for the first time since suffering facial fractures during the Champions League final, the Manchester City playmaker set up Thorgan Hazard’s 55th-minute equaliser and then clinched a 2-1 Group B win with a stunning finish 20 minutes from time.

📈🇧🇪 Belgium have the second oldest squad at #Euro2020 so many feel this is now or never for their 'Golden Generation'.

🤩 Kevin De Bruyne, Eden Hazard, Romelu Lukaku and co are through to the last 16, but can they go all the way?

Five days after midfielder Christian Eriksen had suffered a cardiac arrest on the same Parken Stadium pitch, Yussuf Poulsen fired the Danes into an early lead as FIFA’s number one-ranked team were outplayed until De Bruyne arrived to light up proceedings.

Ukraine kept their hopes of reaching the last 16 at Euro 2020 alive after edging past North Macedonia.

Ezgjan Alioski pulled a goal back, scoring the rebound after his penalty was saved.

It was a good start to the day for followers of Sporting Life, with Jake Osgathorpe tipping up Over 2.5 Goals at 11/10, as well as Ukraine to win and both teams to score at a huge 10/3.

Ruslan Malinovsky also missed a late spot-kick but it did not stop Ukraine moving level with Holland and Austria on three points in Group C having played a game more.

Goran Pandev had a goal disallowed for North Macedonia, who are now on the brink of elimination after losing their opening two games.

🇺🇦👏 Ukraine hold on for their first European Championship victory since 2012.

📊 They missed plenty of good chances - including a penalty - and their xG has only been bettered by Wales' 3.83!