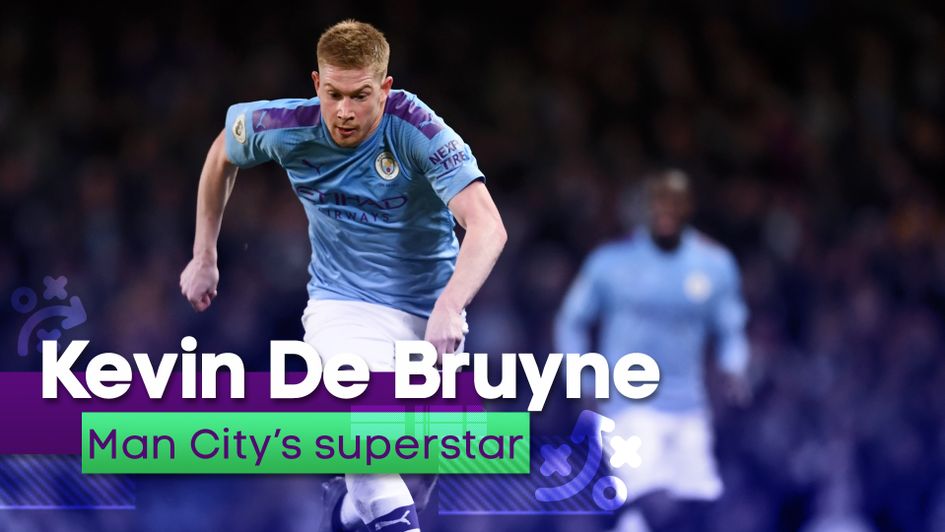 "I have never seen a team as good as Manchester City being carried by an individual player," Charlie Nicholas recently told Sporting Life.

City may be having a disappointing campaign by their lofty standards, but one man whose displays cannot be scrutinised is Kevin De Bruyne.

The Belgian has been a shining light in their season and has arguably stood up and been their driving force at times, picking up the plaudits for his standout displays and moments of class.

Even when he is having a quieter match, De Bruyne has the quality to change a game in an instant. With the odd injury playing havoc in the last couple of seasons, he has been more fortunate this term and that is why he is heading towards his best ever season for City.

He has already set a new personal best for goals scored in a Premier League campaign and he is closing in on his best tally for assists.

In fact, he got the season off to an ideal start in August by reaching a special milestone, becoming the fastest player to reach 50 assists in England's top flight - in 123 games. More impressive when the previous holder took 18 games more - that was Arsenal's Mesut Ozil.

Remember when City signed him for £55million in 2015 and people thought they had over paid for a Chelsea flop? What a snip that purchase has proved to be.

His current contract runs until the summer of 2023 - a deal which saw him installed as the best-paid player at the Etihad on a reported £320,000 per week - as City look to keep him sweet during his prime years. Only David De Gea (£375,00 per week) earns more and you can arguably see who is going closer to fulfilling their worth this term.

We look at the stats behind the impressive playmaker, which must be leaving Chelsea fans wondering what if...

Since joining Man City, in all competitions... 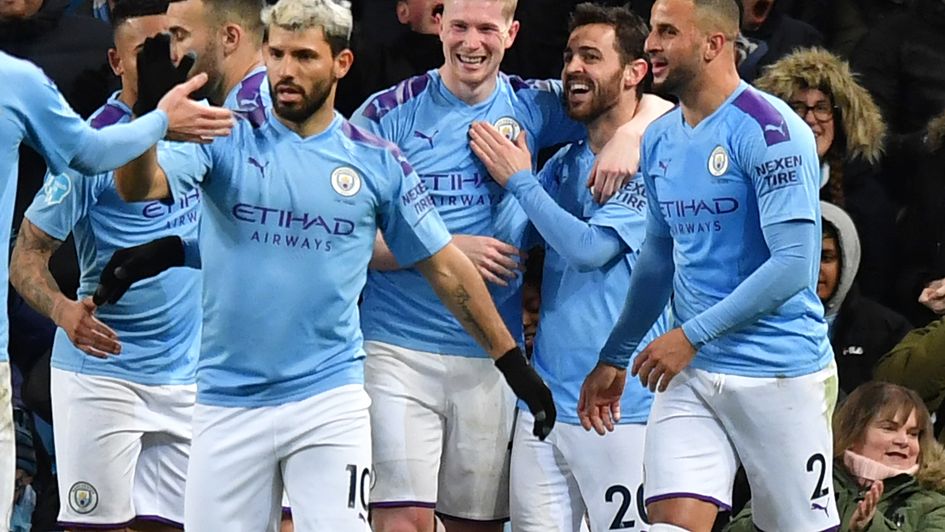 De Bruyne sees passes others would not in games that are played at lightning speeds, before executing them sublimely.

A combinations of long balls, quick-thinking and set pieces, no midfielder comes close to KDB when it comes to laying on assists. He is just three short of equalling his best Premier League campaign for assists - which came in 16/17.

He has developed a trademark assist in recent times, a knack of whipping in crosses from deep in the mid-right area of the field, in a similar way to Trent Alexander-Arnold.

It is a way of striking the ball with pace so it whips and weaves in behind defences, but just beyond the goalkeepers, and they are just so difficult to deal with. 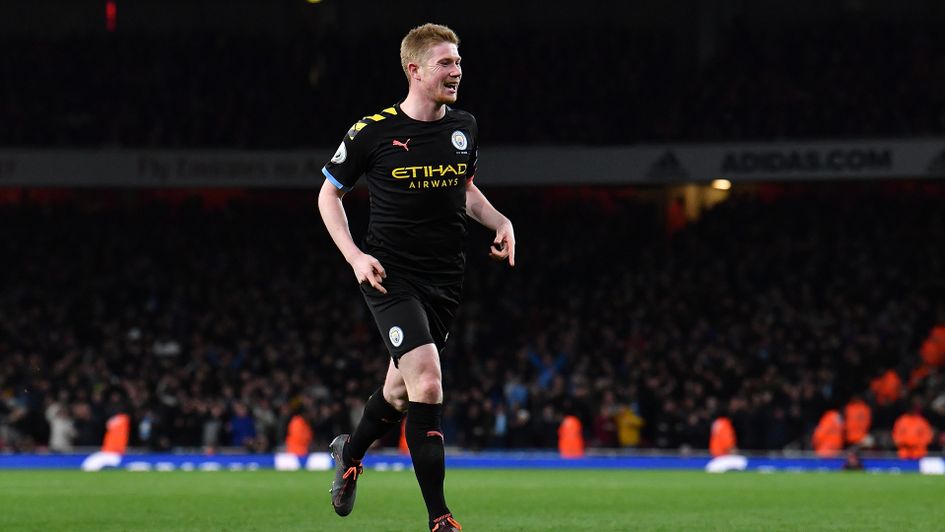 As well as his eye-watering assist numbers, De Bruyne also sets the precedent for goalscoring midfielders, as he is on his joint-best Premier League campaign to date with eight so far (nine in all comps).

He did also notch eight goals and 16 assists in Man City's centurion campaign but he has already matched that figure in 11 fewer appearances.

The Belgian's eight goals have impressively come from open play situations. His free-kick delivery is excellent, so maybe his dead-ball shooting could be one area in which he could become even better.

After all, De Bruyne knows where the goal is, registering 23 shots on target this term - only Chelsea's Mason Mount (26) has more in the list of the league's midfielders' attempts. 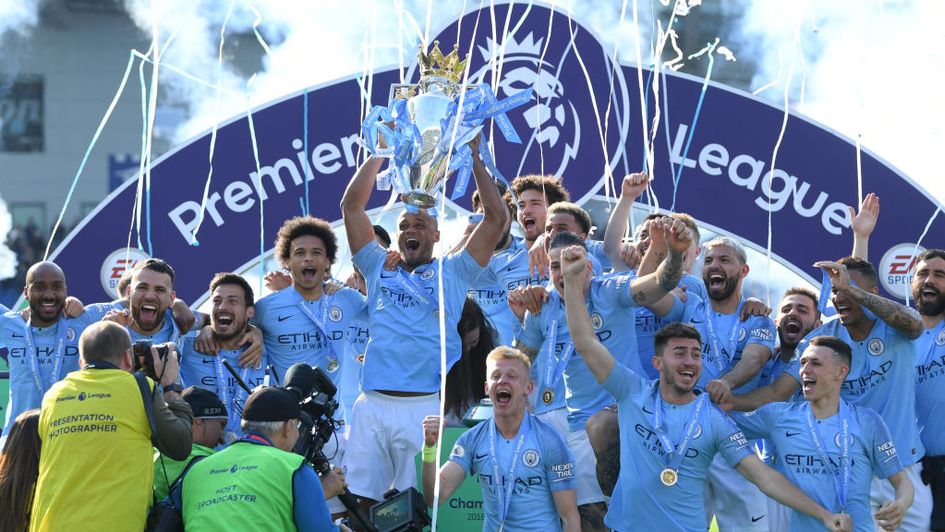 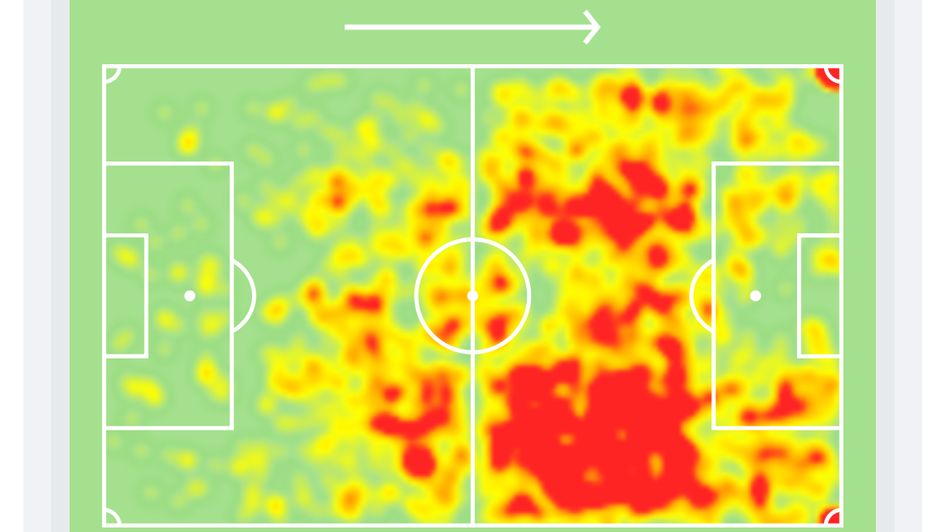 We mentioned that trademark assist De Bruyne has developed in recent years from the mid-right area of the field and that is arguably where he is at his best for City.

He is a versatile midfielder and can operate anywhere really, be it in a slightly deeper role, on the left, central or on the inside right for City. He even started as a forward for Pep Guardiola's side in the Champions League win at Real Madrid last month, a move that raised eyebrows but saw De Bruyne shine on the big stage.

But that mid-right role is where he has proven most effective and his heatmap shows not only how much ground he covers, but where he spends the most time on the ball. If defenders give him a yard of space in this area, they know they are in trouble and it is one thing knowing this, but another thing to stop it coming. 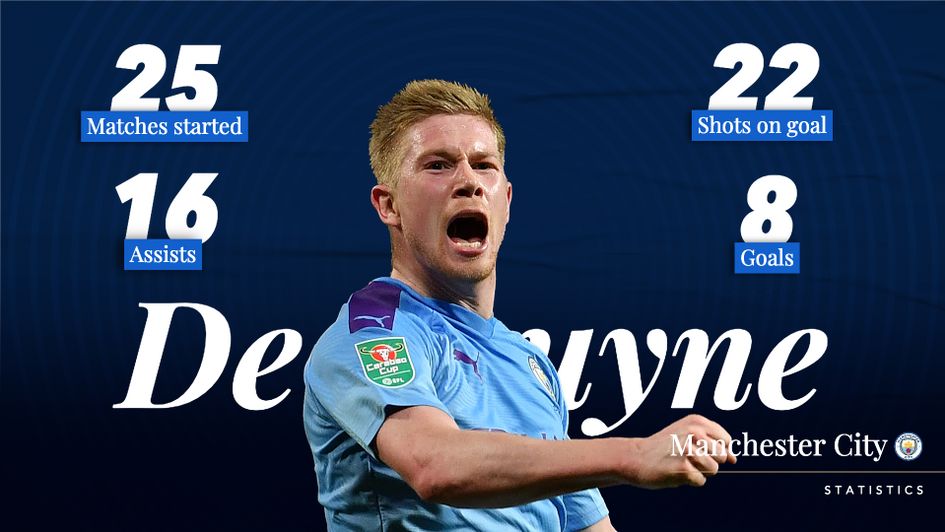 The 28-year-old has been a cut above this season and, even though City are nailed on to miss out on the title now, it is not down to his lack of effort. If anything, they have struggled in the games without him. The shock Norwich defeat, where he started on the bench at Carrow Road, comes to mind.

The Belgian is a joy to watch as he helps City unlock opposition defences, but he also has that passion, aggression and hunger in his game that is required when teams have to dig in.

Although he is at the top of his game in England, it would be interesting to see if one of Spain's big two come calling while he is in his prime - moreso with a potential European ban hanging over City for the next two seasons. And especially after running the show in Real Madrid's back yard in March. He is Manchester City's very own Galactico.

At his age, he is arguably in his prime. Now we have to laud him and enjoy him while we can. 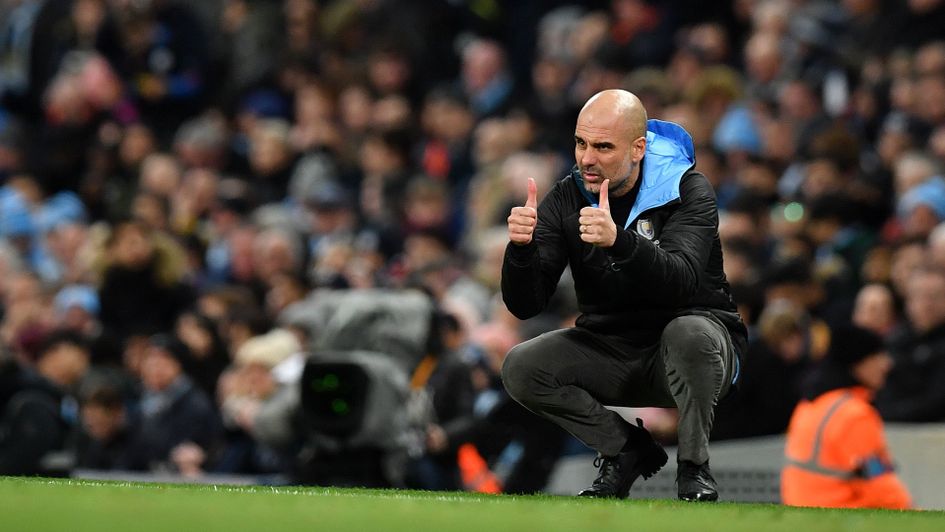 Via iNews and the BBC

“He’s an extraordinary player. He sees passes and actions that normal human beings cannot see, having a special vision.

"He has always been incredible since we've been together. His commitment is incredible. He's a spectacular player.

"He is a fighter and he helps us keep up the intensity when he's playing further up he helps the press a lot. That (v Leicester this season) was the best he has played in a long time." 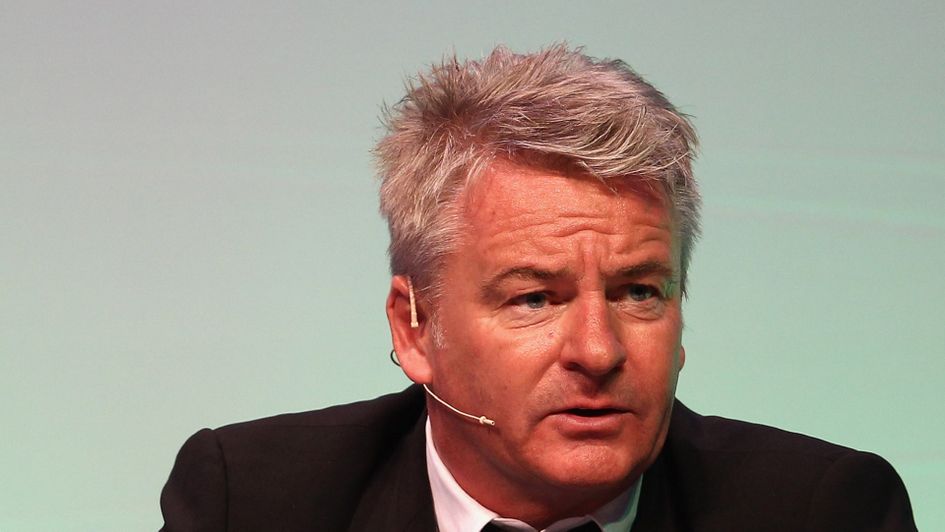 "If pushed then I'd just have to give De Bruyne the edge (for POTY). I just think at the moment he is carrying Manchester City, and I have never seen a team as good as City being carried by an individual player.

"While Sergio Aguero, Raheem Sterling, and Riyad Mahrez have all suffered a drop-off in form, Kevin De Bruyne hasn't. When you look at goals, assists and everything that you need to win a match then you have to just give the edge to De Bruyne." 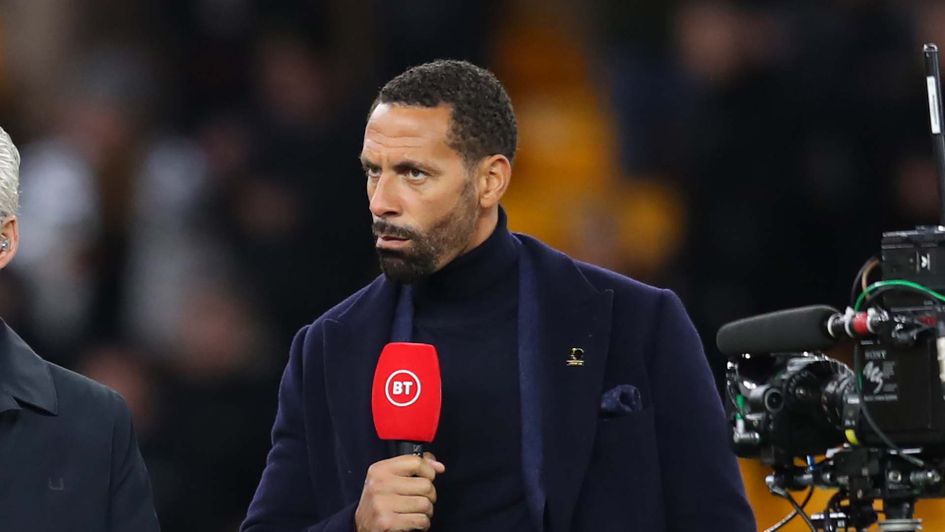 “He [De Bruyne] is the best midfielder in the world right now,” former England defender Ferdinand said on BT Sport.

“I don’t think there’s anyone near him in terms of what he can do. He does everything, in terms of his athleticism, running away from people, his pass appreciation. His decision-making in the final third, 99 per cent of the time he gets it right.”

“For me he is the best midfielder in world football,” Richards told Sky Sports.

“Obviously it didn’t work out at Chelsea and he had to go prove himself and come back. People said the fee they paid was too much at the time but he is worth double or treble now. What I like is his consistency it is week in, week out.

“When City aren’t playing well he can always make something happen whether playing further forward or deeper, I think he is always the key man for Manchester City.”

In the absence of live action, sit back and enjoy footage of De Bruyne in action. A joy to watch.

🔥 Sergio Aguero came off the bench and six minutes later scored his eighth goal in his last five games!

👏 What an afternoon this has been so far for Kevin De Bruyne! #ARSMCI | #MCFC pic.twitter.com/dPDpNtHHMl

👏 Manchester City take a very early lead at the Emirates!

⚽️ Kevin De Bruyne with a great finish after Gabriel Martinelli had come close to opening the scoring at the other end moments before#ARSMCI | #MCFC pic.twitter.com/lf9OT3hE8B

City needed something magical and De Bruyne has just got out his wand!

The vital away goal from Gabriel Jesus, the first from an English side in the knockout stages.

Brilliant work from Kevin de Bruyne for his 1️⃣7️⃣th assist of the season for Man City 🔥 pic.twitter.com/ExQC71JUcO

Check out the best Premier League XI, according to statistics and Sporting Life analysis

Manchester City's Team of the Decade