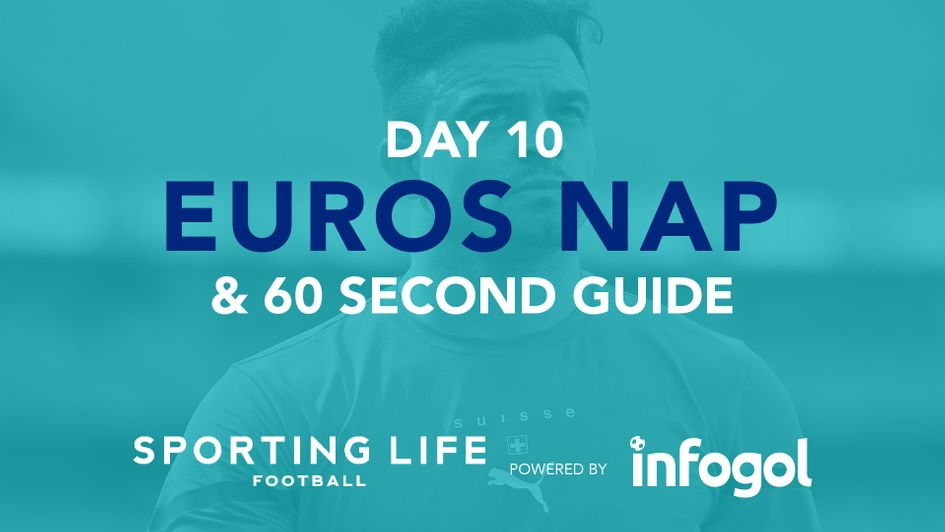 After winners in the tournament already, our betting experts return with everything you need to know for today's Euro 2020 action.

With Breel Embolo and Xherdan Shaqiri in their starting line-up, the Rossocrociati have enough quality in attack to hurt what is a porous Turkey backline, especially with their dribbling abilities.

I think Switzerland will get the win they need to progress, but I’m not expecting it to be high-scoring, with the Swiss likely to sit back and counter-attack after going ahead.

That means that SWITZERLAND TO WIN AND UNDER 3.5 GOALS appeals greatly at odds of 8/5, especially as Turkey have struggled in attack themselves and are yet to score this tournament.

Italy have been excellent in both of their Euro 2020 matches so far, beating both Turkey and Switzerland 3-0. Thye have impressed in attack, generating a combined 4.53 xGF so far, but have been even better defensively, allowing 0.77 xGA across two games.

Wales are all-but certain of a place in the knockout rounds after a stellar performance against Turkey in Baku, a game in which they played on the front foot and created an abundance of chances (3.83 xGF).

While Wales can top the group with a win in Rome, that seems unlikely given just how impressive the Azzurri have been so far.

Switzerland were comprehensively beaten by Italy last time out, but that did come after a good performance against Wales in which they deserved the three points (xG: WAL 0.57 - 2.60 SUI).

Turkey have been the let down team of the tournament, and are all-but out after successive defeats and a -5 goal difference. Defensively they have have been porous, allowing 5.86 xGA across two games, and Switzerland should get the win they need to have a chance of progression.

Italy have proven to be the best team in Group A, with their performances against Switzerland and Turkey standout. They look assured at the back and creative in attack, while also boasting control from midfield. Roberto Mancini's side should prove too strong for Wales.

Switzerland know they must beat Turkey to have any chance of qualifying for the knockout rounds, and will look to take advantage of a leaky defence in Baku. The Turks also have an outside chance of qualifying, but need a wide margin victory, and if they do play with a gung-ho attitude, the Swiss can pick them off.