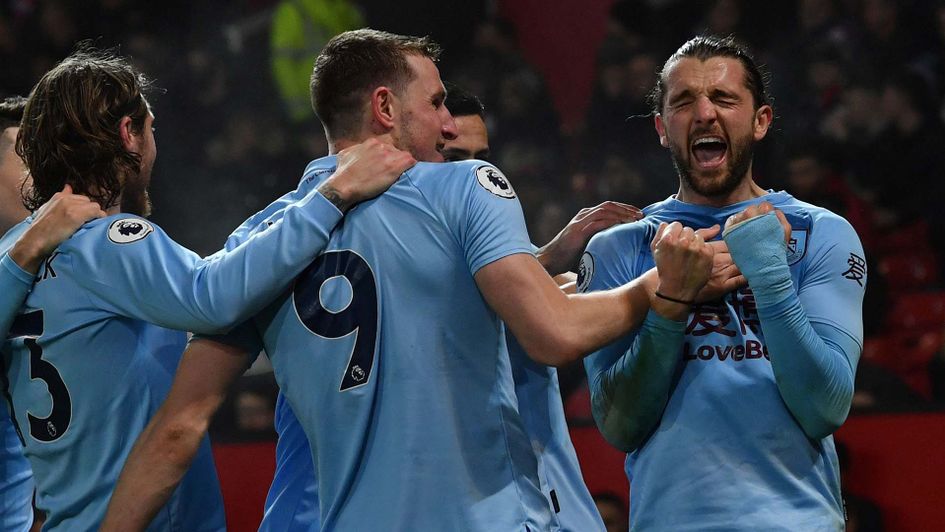 Burnley won at Old Trafford for the first time since 1962 as the pressure again increased on Ole Gunnar Solskjaer after a lacklustre Manchester United performance.

Solskjaer had talked up his side’s improvement after defeat at Anfield on Sunday, but they failed to live up to that praise as they suffered an embarrassing defeat in front of a crowd that was filled with frustration from the few fans remaining at full time.

Chris Wood’s 10th goal of the season put Burnley ahead and a thunderbolt from Jay Rodriguez almost broke the crossbar and certainly broke United’s spirit to seal the points.

💥 Jay Rodriguez with an absolute thunderbolt - always better when they hit the bar too!

Solskjaer’s side were guilty of missing a couple of guilt-edged chances early in the first half, with Anthony Martial and Juan Mata the major culprits as they couldn’t hit the target from close range, and things did not improve during a dull second half.

It was a massive missed opportunity for United, who someone still occupy fifth place, to close the gap on fourth-placed Chelsea and instead they were joined by Tottenham on 34 points from 24 games – their worst tally for 30 years.

More worrying for the United fans who streamed out of Old Trafford ten minutes before the end is the fact that their side no lay 30 points behind league leaders Liverpool after lurching into another crisis.

United are 11 points worse off than at this stage last season, and Solskjaer will be facing more big questions about his future as he's now lost more Premier League games than he's won as permanent manager with his squad valued at around £600m.

For their part, Burnley have weathered a mini storm by beating both Leicester and now Manchester United to move up into 13th in the table and just four points behind the Red Devils in the Premier League.