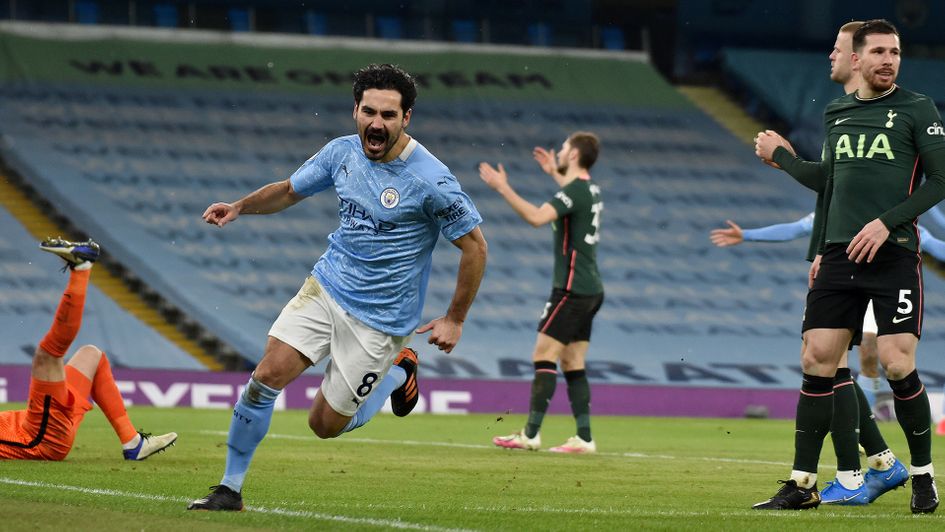 In a week that has been dominated by the story surrounding the proposed European Super League, and the subsequent backtracking of all the Premier League's 'big six' sides, Manchester City travel to Aston Villa on Wednesday with a coach who stood up to the powerbrokers, and a coach who has his eyes set on another league title.

Pep Guardiola rightly received plaudits for his comments, saying that a league without promotion or relegation is “not sport”, being the second of the six managers who led breakaway teams to speak out negatively about the idea.

His comments, along with an uproar from players and fans alike, led to all 'big six' teams pulling out of the European Super League, much to the relief and happiness of the football community, with it being Manchester City who were the first side to announce their intention to withdraw.

Nonetheless, the negative feeling towards those clubs will likely continue for some time for what they tried to do, meaning most of the UK will be cheering for Aston Villa here, though I don't think that will slow a City title charge.

I was ready to get Villa onside in this one given the issues City have had in recent weeks, but their injury list is just too extensive to do so.

Not only is Jack Grealish expected to be out, but Trezeguet suffered an ACL tear last time out at Liverpool, and they are two of Aston Villa’s most effective forward players.

Dean Smith’s side have won just two of the eight games they have played without talismanic captain Grealish, scoring just seven times, with three of those coming in one game against relegation-threatened Fulham.

Defensively though, they have been solid all season long, conceding the third-fewest goals in the Premier League (33) through 30 matches, while allowing the sixth fewest non-penalty big chances (35%+) per game (0.93). 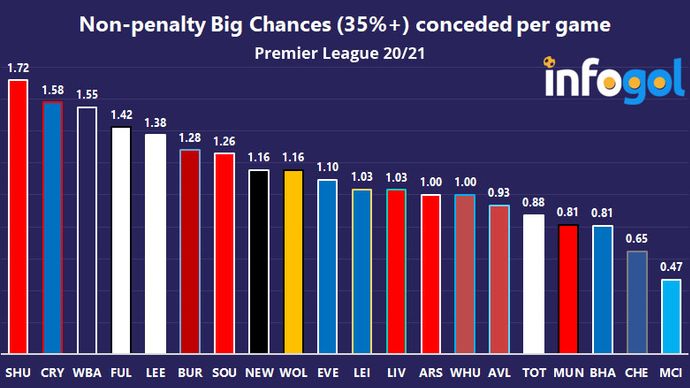 City will be looking to bounce back

Believe it or not, Manchester City have lost their last two domestic matches, at home to Leeds in the Premier League and in the FA Cup semi-final last weekend against Chelsea.

In that time, they have seen their lead at the top of the Premier League reduced to eight points by Manchester United, making this a fairly big game, as if City do continue to show signs of weakness, momentum and belief will be with the red side of Manchester.

Now I am in no way saying City will let the league slip through their fingers, but this is the kind of game that they need to get a win at any cost, be it pretty or ugly.

The Citizens have done a lot of the latter this season, not necessarily ugly on the eye, but grinding out results rather than blowing their opponents out, and I expect something similar here.

Guardiola now has a solid defence he can rely upon, with his team allowing a league low 0.80 expected goals against (xGA) per game, so they shouldn’t have an issue keeping Villa at bay here.

However, while they have averaged 2.05 expected goals for (xGF) per game this term, they are likely to head to Villa Park without their creator-in-chief, Kevin De Bruyne, who picked up an injury in last weekend’s FA Cup semi-final.

His omission will make their task of breaking down a solid Villa defence more difficult, and rotation may occur ahead of the Carabao Cup final this coming weekend, so I see this being a disjointed, low-scoring away win.

MANCHESTER CITY TO WIN AND UNDER 3.5 GOALS is widely available at odds-against, and it’s a bet I’ve had a lot of success with this season, with 14 of City’s 23 league wins seeing this bet land.

It has also landed in 13 of their 19 matches in other competitions (Carabao Cup, FA Cup and UCL) this term.

Gundogan the man to back

Ilkay Gundogan is Manchester City’s top scorer in the Premier League this season with 12, and is their xG per 95 minutes joint-leader with 0.42, showing he regularly gets in good scoring positions.

Penalties obviously boost his stats, but if KDB is out, the German is highly likely to be on spot-kick duty, which makes the price for him to score anytime baffling.

Betfair and Paddy Power have Gundogan priced at 23/10 to find the net on Wednesday, some way off the other firms, who are offering prices as short as 11/10.

That 23/10 looks wrong when compared to the rest of the market and represents a solid opportunity to scalp some value, with GUNDOGAN TO SCORE ANYTIME the second selection in this match.