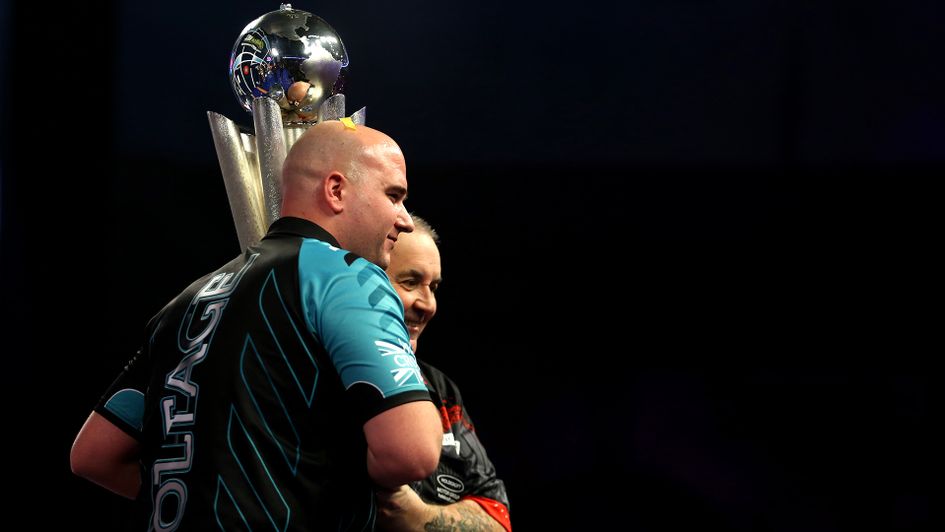 Rob Cross and Phil Taylor lift the trophy together

Rob Cross completed his remarkable rise to the top of the sport as he sent Phil Taylor into retirement with a thumping 7-2 victory in the PDC World Darts Championship final.

While one amazing story didn't get its fairytale ending, the opening chapter of another most certainly did.

The Power was bidding to bow out on the ultimate high of adding a 17th World Championship title to his legendary career but those dreams were shattered by a sensational performance from the newest electrifying force in darts.

And now Voltage's rapid ascent, which only started at the beginning of 2017 when he joined the PDC pro circuit, is already complete with what is surely the first of many major crowns.

Cross, tipped by our darts expert Chris Hammer at 16/1 each-way pre-tournament, ended the calendar year having won millions of fans during his debut World Championship campaign thanks to heart-stopping matches with fellow young stars Michael Smith and Dimitri van den Bergh before 'that' enthralling 6-5 victory over Michael van Gerwen, which will firmly be etched in the annals of this sport.

And Cross surpassed all of what had gone before as he kicked off 2018 by getting his hands on the biggest prize in darts - and a cheque for £400,000 - after a performance which belied his inexperience.

If anyone wondered who would replace Taylor as England's dominant force in darts, wonder no more.

The Power averaged 102.26 himself and hit 12 180s in a display which would have beaten many other players although the 57-year-old was able to lift the prestigious Sid Waddell trophy one last time after Voltage sportingly handed it over during the presentation.

Indeed, the magnanimous, humble and respectful manner in which Cross celebrated his triumph would have been of great consolation to Taylor and his army of supporters across the world.

⚡️The Power goes out but his legend will forever live on...

Phil Taylor - thanks for the memories 👏🎯 pic.twitter.com/J3KBHXz0z7

"I feel great, but I've got to say it's Phil's last year, I've won my first world trophy but it's about him departing and that's why I let him lift the trophy with me," said Cross.

"He's been phenomenal, it was my dream 15 years ago to play this guy and now I've played him, it's absolute phenomenal.

"In the final today it was a dream to play Phil - I always wanted to play Phil. Watching him with his dominance over the years he has been excellent and you won't see another sportsman like him, you definitely won't.

"It's a life-changer, it's a fairytale. I was born in 1990 so the coincidence may be there as he won his first world title while I took my first breath of air.

"But with what he's done for the game, for everything he's done I hope he has a happy retirement and I wish him all the best - he's brilliant."

Taylor almost raised the roof when he missed double 12 for his first ever World Championship nine-darter before going on to lose the leg.

He said: "It was close, I think the Paul Lim one would have been better, but it didn't go in and it didn't matter really. At the start I thought I was going to lose 7-0 but when I got a set I thought to try and keep the score respectable and try and push him and make him think a bit but it just didn't happen."

On his opponent, the 57-year-old said: "I tried my best, I just didn't have that push against him . He was like me 25 years ago, he was good, he was relentless he just doesn't stop putting you under pressure, and that's the way I used to be.

"I don't think the money with him will make a scrap of difference, I think it's about winning and that's the way I was.

"I'm at the end of my career and he's at the beginning of his career and it was a young man versus an old man - it was a mismatch really, he was a brilliant player."

While the Power goes out of the game, Voltage will surge through the major tournaments, with attention soon turning to his Premier League Darts debut and the renewal of his blossoming rivalry with van Gerwen.

Scroll down for routes to the final, Rob Cross' timeline of success and Phil Taylor's career trophies while we also have both players' tournament statistics. You can also click here to recap every throw and match highlights with our World Championship Final blog

The stunning rise of Rob Cross (courtesy of www.PDC.tv) 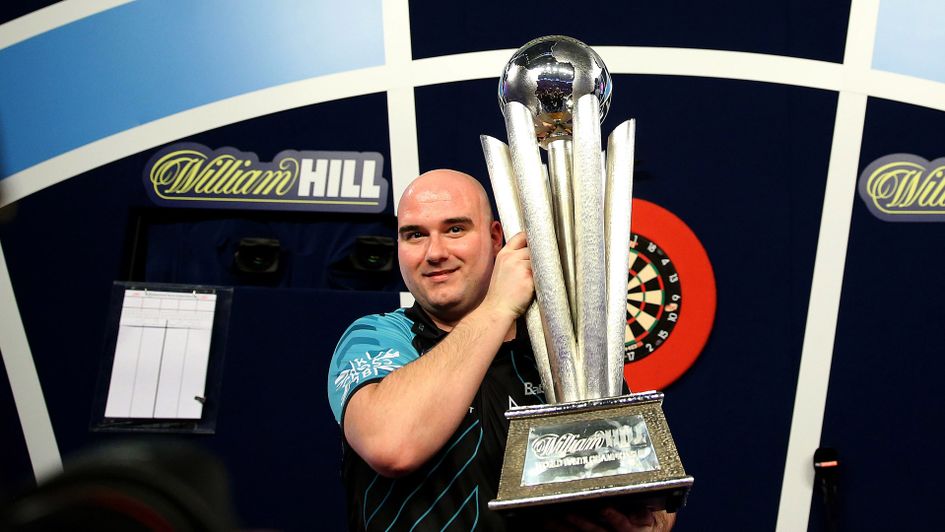 🏆Can he win his 17th and last tonight? pic.twitter.com/RJ8kKlD4m2

Routes to the final

🎯Let that moment sink in. It really did happen...pic.twitter.com/RJvcNvR05C