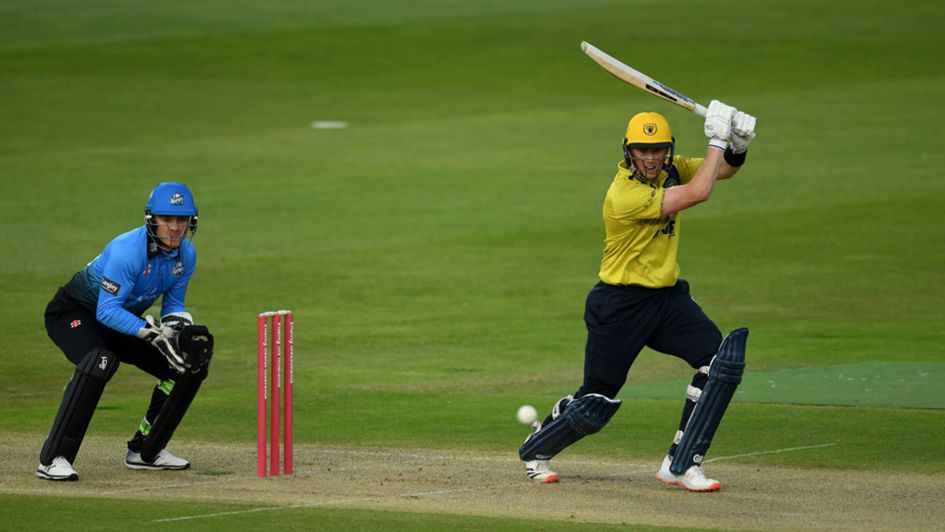 Sam Hose is one to watch for Birmingham Bears

This summer's T20 Vitality Blast gets under way on Wednesday and Richard Mann is tipping a resurgent Birmingham Bears to add to their 2014 title.

When BIRMINGHAM BEARS won the T20 Blast in 2014, it was local boy Chris Woakes who delivered the match-winning final over, Andrew Flintoff’s comeback briefly threatening to end in fairytale as he muscled Lancashire towards the winning line, before the Bears prevailed on the very last ball.

Seven years later and Woakes will still be hopeful of playing his part in another title bid, but it is two Yorkshiremen who are currently masterminding a sharp upturn in fortunes at Edgbaston with Warwickshire currently sitting top of Group 1 in the County Championship having won their last two matches by 170 and 191 runs respectively.

Coach Mark Robinson, the man behind England’s Women’s World Cup title in 2017, only became first-team coach at Warwickshire in the winter but has already begun to make his mark on a talented squad. Hull born and bred, Robinson has risen through the coaching ranks having enjoyed a commendable playing career that was built on hard work and dedication rather than natural ability.

Along with captain Will Rhodes – born just outside Hull himself, in nearby Cottingham – the pair look to be building something good at Warwickshire and Birmingham Bears, as they are known in this competition, are the headline bet for this summer’s Vitality Blast at 16/1.

Rhodes’ own journey is an interesting one, having cut his teeth as a teenager at Fenner CC – playground to many a young Hull cricketer before the club disbanded more recently – before drawing the attention of Yorkshire and England and promptly working his way into the second and then first XI of his county, and captaining his country at under-19 level. 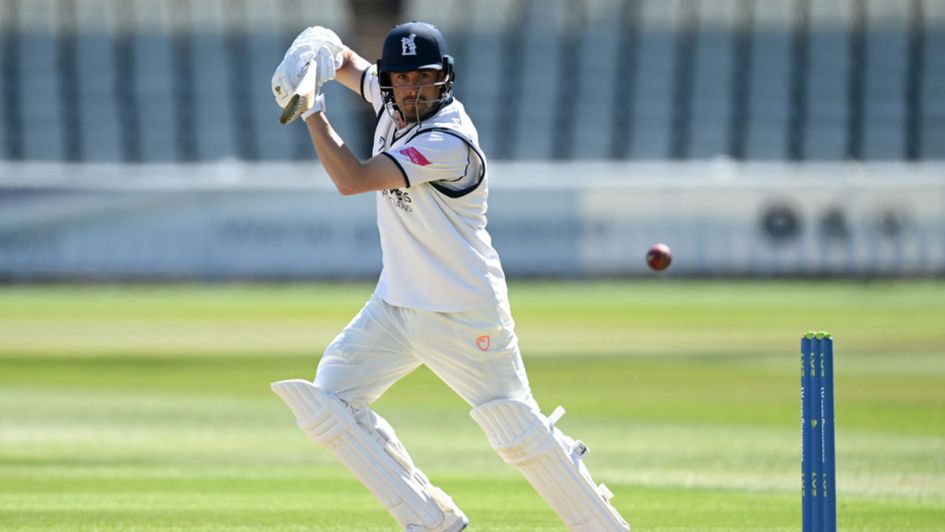 Will Rhodes has become a firm favourite at Edgbaston

Still, when Jason Gillespie – a longtime admirer – left Yorkshire for pastures new, Rhodes’ own career began to stagnate and it was only when Warwickshire convinced him to leave behind his childhood dream of playing for Yorkshire that he began to fulfil his true potential.

Now opening the batting in red-ball cricket and captaining in all three formats of the game, Rhodes is quickly becoming a firm favourite at Edgbaston and while his batting has progressed enough to suggest he might one day push for international honours, his bowling has also improved leaps and bounds this year with his 18 championship wickets coming at an average of 16.55.

Rhodes, along with veteran Tim Bresnan, helps give the Bears real balance in an attack that might well be one of the strongest in the competition. Despite the departure of Jeetan Patel, the signing of the Blast’s record wicket-taker, Danny Briggs, to team up with Jake Lintott ensures a strong spin hand for Rhodes to work with. A relative unknown last season, Lintott claimed 10 wickets at an economy rate of just 6.30.

Add the pacy Henry Brookes to the mix, along with overseas recruit Carlos Brathwaite, and the bowling looks particularly well stocked, even before factoring in that the Bears will see something of the aforementioned Woakes and Olly Stone, if not as regularly as they would like.

Brathwaite might have gone under the radar since winning West Indies the T20 World Cup in 2016, but he is a very good bowler in this form of the game and was instrumental in the Sydney Sixers’ Big Bash triumph earlier in the year.

He will need to fire with the bat, though, as the one potential chink in this Bears line-up is the batting that might again prove reliant on Sam Hain. Having averaged over 50 in this competition last summer, Hain will be hoping for more of the same this time around, while Dan Mousley is a name to look out for, so too Adam Hose. 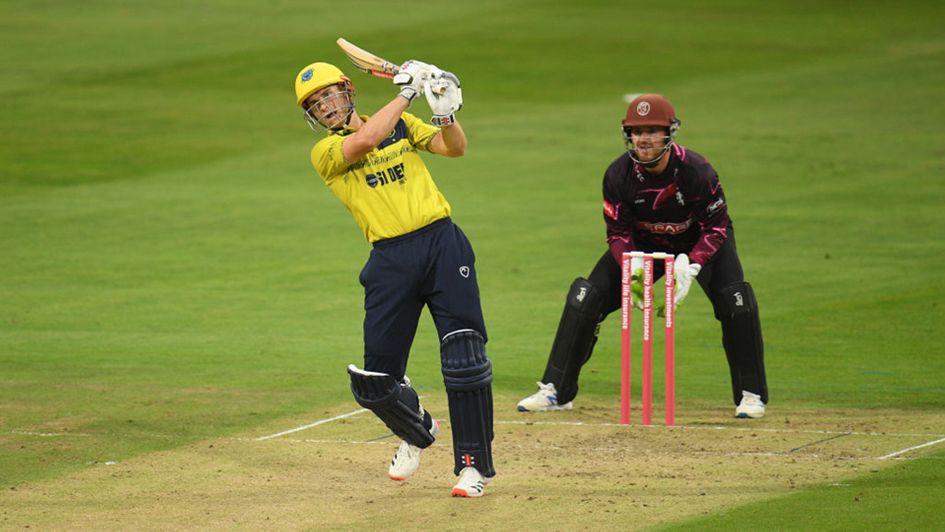 Sam Hain goes on the attack

If Rhodes can control things in the middle order, the Bears ought to make enough runs to be competitive more often than not, and a bowling attack as good as this one will expect to do the rest.

Quite often, success in the four-day game can often go hand in hand with white-ball cricket – for all one would immediately expect a conflict of interest – and Essex famously pulled off the County Championship and T20 Blast double in 2020. Confidence clearly breeds confidence in any form of the game and with the Bears going great guns in red-ball cricket, they look worth supporting to transfer that form to this competition.

Outlaws on the shortlist

While I make Bears a bet at 16/1 in the outright market, the 7/1 with Unibet about defending champions Nottinghamshire Outlaws is awfully tempting.

Barring a scare in the quarter-finals, the Outlaws were magnificent in coasting to title glory last summer, overcoming injury to star bowler Harry Gurney and a quiet tournament from Alex Hales to still prove much the best.

Gurney has since retired, but Dane Paterson arrives to fill that significant hole along with Australia's Dan Christian, who continues to win T20 tournaments all around the world and will again be expected to lead from the front with bat and ball. 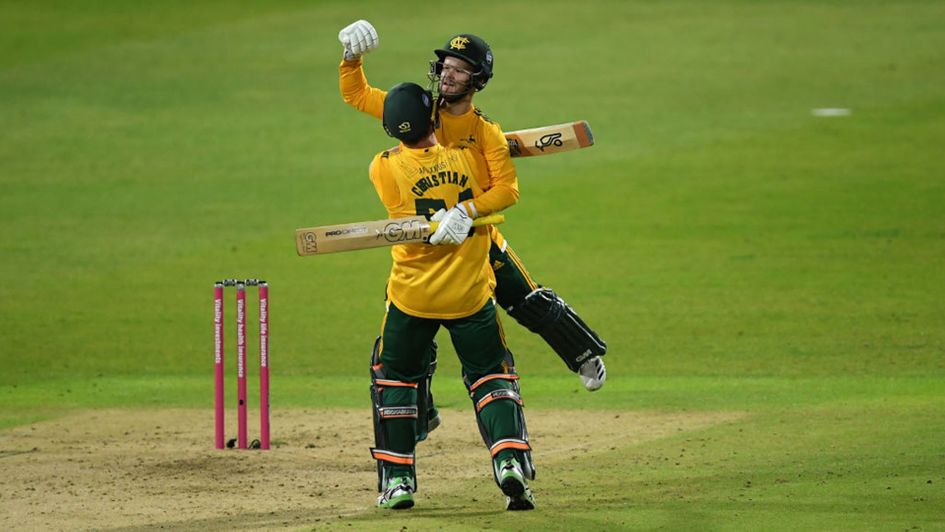 Imad Wasim might prove a bigger loss than many expect, but still it is hard to pick holes in this brilliant T20 side and the only drawback in backing the Outlaws now is that qualifying from a North Group that also features the Bears, Lancashire Lightning, Yorkshire Vikings and Worcestershire Rapids is no given.

I expect them to manage it, along with the Bears, but it is worth remembering that the Outlaws could still be backed at around the 3/1 mark having qualified for the quarter-finals last year and their price – 5/1 in a place – before a ball has been bowled might be one to leave alone at this stage.

Elsewhere in the North Group, Yorkshire members will be relishing the prospect of Dawid Malan resurrecting their T20 fortunes given how badly they have fared in this competition overs the years. However, don’t be surprised if Malan is batting at number three for England in Test cricket by the time the India series comes around. Even if that doesn’t happen, I can’t muster much enthusiasm for Yorkshire at 12/1, for all speedster Lockie Ferguson promises to be an excellent capture.

The signing of Finn Allen could be a big success across the Pennies and Lancashire make more appeal than their Roses rivals in the outright market, especially with Liam Livingstone and Jos Buttler – for the early matches at least – giving the batting a very strong look to it.

From the South Group, Surrey always tend to go off shorter than they should, though they did at least produce a run of genuine substance last year until finding the Outlaws much too strong in the final.

Familiar faces such as Jason Roy, Laurie Evans and Hashim Amla ensure the batting has plenty of quality within its ranks, and if they see enough of Sam Curran, I do think they’ll have enough to qualify for the last eight. 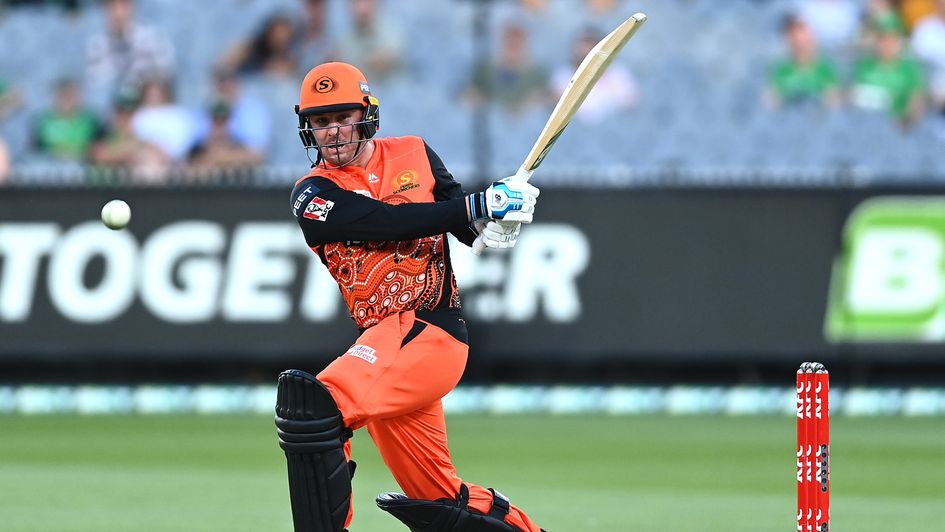 Jason Roy in action at the Big Bash

From there, given the strength in their line-up, they would always have a puncher’s chance, but backing them now at a general 13/2 makes little appeal.

The loss of Danny Briggs and the aforementioned Evans promises to hurt Sussex, even with Rashid Khan expected to return, and one senses that they missed their chance when a bowling attack led by Jofra Archer carried them to the final in 2018, but couldn’t get them over the line.

Hampshire Hawks have the potential to be big runners, particularly if Mason Crane can stay fit, but they played on some tired, spin-friendly pitches in this competition last summer and unless that changes, I’m not convinced D’Arcy Short will have the impact with the bat that many will predict.

As with any Hampshire side, their squad is laced with quality – James Vince, Sam Northeast and Liam Dawson just a few more big names to look out for – but the batting lacked fireworks last summer and while that was probably, in part, due to the quality of pitches they were playing on, I’m in no rush to add them to my staking plan at 12/1.

Dangerous Gloucestershire hard to rule out

Harder to rule out are 20/1 chances Gloucestershire who reached Finals Day last year and should continue to punch above their weight if the likes of Ian Cockbain and Chris Dent can keep delivering with the bat.

Recent England debutant James Bracey is another name to note, along with the dependable Benny Howell, but overseas signings Glenn Phillips and Daniel Worrall promise to make the biggest difference to a side that ticks plenty of boxes already. 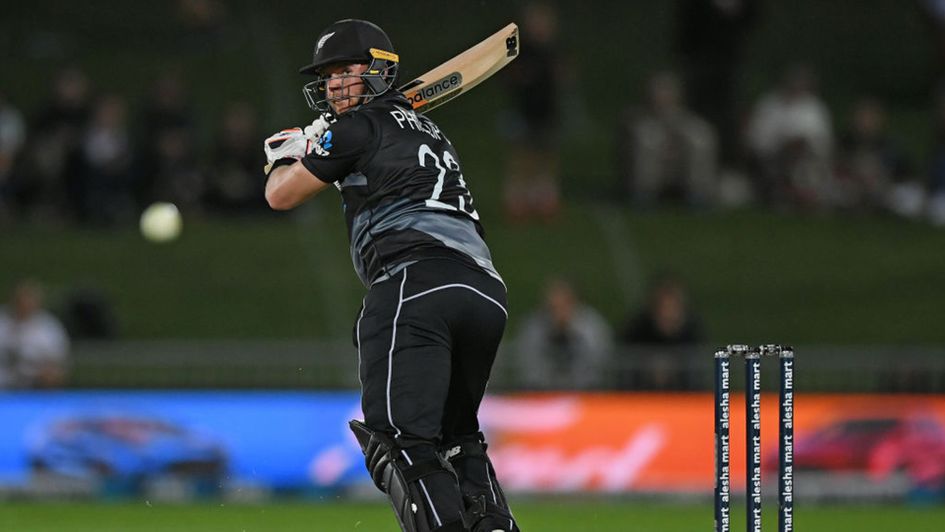 Glenn Phillips arrives in England with a big repuation

Worrall is a seasoned campaigner who swings the new ball as well as anyone and can deliver pinpoint yorkers at the death, as again demonstrated in the Big Bash this winter.

As for Phillips, he has already made five centuries in T20 cricket and is building an impressive international record for New Zealand. Expect him to feature in their T20 World Cup plans later in the year and he can warm up for that with some strong displays in the coming weeks.

Whether Gloucestershire can back up such a strong campaign last term so quickly remains to be seen, especially given their squad doesn't have the same depth as some in the tournament, but they should not be taken lightly.

Nor, too, should the Bears, a county very much on the up and one with an excellent bowling attack capable of taking them all the way under the guidance of those two Yorkshiremen who have quickly become two of Birmingham’s own.