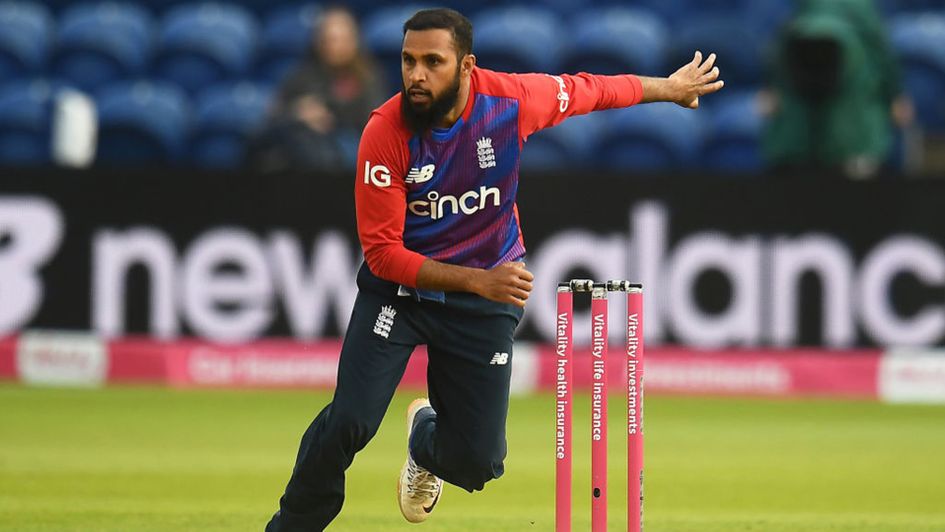 Adil Rashid is expected to star for Northern Superchargers

Richard Mann's outright preview for the inaugural running of The Hundred dissects the eight squads in detail and lands firmly on the side of Northern Superchargers.

A year later than planned, the inaugural men's edition of The Hundred will begin on Thursday when Oval Invincibles host Manchester Originals live on Sky Sports Cricket and BBC Two.

The England and Wales Cricket Board have staked vast resources, as well as its reputation, on The Hundred and despite the apathy of many towards it, this competition is a gamble the ECB really needs to pay off.

Politics aside, and a raft of high-profile withdrawals due to the Covid-19 pandemic, this tournament promises glitz and glamour and plenty of big names. It might struggle to match the Indian Premier League just yet, but the intention is there for all to see with a strong international flavour still expected along with much of the domestic white-ball talent that was seen to such good effect for England in the recent ODI series win over Pakistan.

While The Hundred is patently an attempted modification of the hugely successful T20 format, there are some slight differences, with the 100-ball innings’ (16.4 overs) kicking off with a 25-ball powerplay where only two fielders can be outside the 30-yard circle. Each bowler can deliver a maximum of 20 balls, with five or ten consecutive deliveries to be bowled by the same bowler. There will be a change of ends every 10 balls.

As for betting, the possibility of some sustained good weather in the coming weeks, coupled with the ECB’s desperation for the competition to begin in style, ought to see cricket played on some good pitches which are circled by inviting boundaries. Entertainment will be the buzzword in the coming days as a new audience is given the five-star treatment in an attempt to win over prospective fans.

As ever, those wearing the most expensive suits at the ECB will see the best route to this through fours and sixes and while the old school might not like it much, that word again – entertainment – is sure to keep cropping up with big hits and high scores the order of the day.

While there is a risk that teams initially struggle to adapt to this slightly shorter format, many of the players on show have vast franchise experience, while others took in the T10 in Dubai just a few months ago, and those experiences would suggest there won’t be many excuses on that score. If, as expected, the pitches prepared are up to scratch, bowlers beware.

🖐️ Stop what you're doing. Stop it.

An early look at the respective squads has made for interesting and frustrating reading in equal measure, given how many international withdrawals there have been in recent weeks, and the possibility that England’s Test stars will now miss the majority of the competition in order to join a bio-secure bubble ahead of the India series would be a hammer-blow to the competition.

Ben Stokes would be a one such loss, but NORTHERN SUPERCHAGRERS still have an excellent group of players on paper – many whom have helped Yorkshire to plenty of success in this summer’s Vitality Blast – and the Leeds-based outfit rate the best bet in the outright market.

Even without Stokes, the Superchargers will still boast the likes of Faf du Plessis, Adam Lyth and Chris Lynn in a fearsome top order that will be backed up by the excellent Harry Brook; 485 runs and counting in this year’s Blast at an average of 80.83.

Brook is another young English batsman who is seemingly ready for international cricket and he will see this tournament as another opportunity to put this name in lights. At the opposite stage of their respective careers, the aforementioned du Plessis and Lynn have seen and done just about everything in franchise cricket and the former amassed 320 runs from only seven IPL matches in the spring before the postponement of the Indian showpiece.

Throw in Jordan Thomson, Tom Kohler-Cadmore and John Simpson and the batting has depth to match its mix of youthful talent and experience, while the bowling is strong in the spin department with Adil Rashid and Callum Parkinson joined by Afghanistan star Mujeeb Ur Rahman.

The pace stocks look good, too, with Durham speedster Brydon Carse having the chance to enhance his reputation further having made a big impression for England in the recent ODI series against Pakistan. He might well open the bowling with David Willey, though Matthew Fisher remains an excellent prospect if his body holds up and he will be pushing hard for selection. 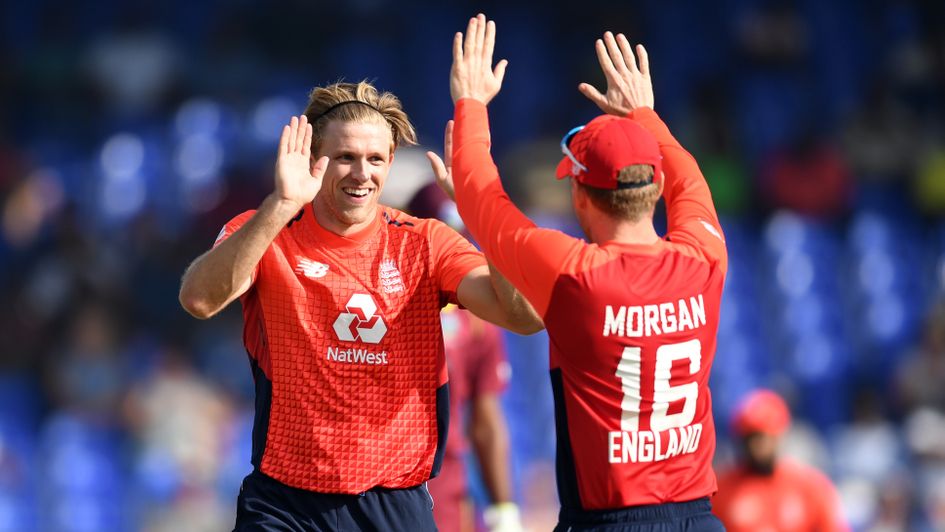 David Willey has been in good form this summer

All in all, the Superchargers appear a strong, well-rounded outfit and head coach Darren Lehmann will be relishing his return to Headingley, the stage of so much of the success he enjoyed in his playing days. With the prospect of Stokes returning for the final, should the Superchargers make it that far, there is lots to like and 8/1 looks worth taking.

It would be ironic if the Superchargers’ biggest threat came from Manchester Originals – given that the old roses rivalry might have been expected to be put on the back-burner for a few weeks of franchise cricket – and the Old Trafford outfit should make their presence felt at the very least.

They might not see much of Jos Buttler, but the batting can still call upon Phil Salt, Colin Munro, Sam Hain and Joe Clarke – the latter pair two more fine batsmen who will rightly have international ambitions. Lockie Ferguson will ensure the bowling has pace, Steve Finn experience, and Matt Parkinson spin.

A strong Originals squad laden with talent ensures the north should more than hold its own in The Hundred’s first year, while Birmingham Phoenix are sure to be well led by Moeen Ali in much the same way Worcestershire Rapids have been, and this is another squad housing plenty of talent.

Much will depend on a potentially destructive opening partnership between Liam Livingstone and Finn Allen, but Ali remains a class act in this format and he excelled at number three in the IPL. If that trio fire, the Phoenix could prove a handful for anyone, and Ali and Imran Tahir are two wily operators with the ball. Pace is provided by Adam Milne. 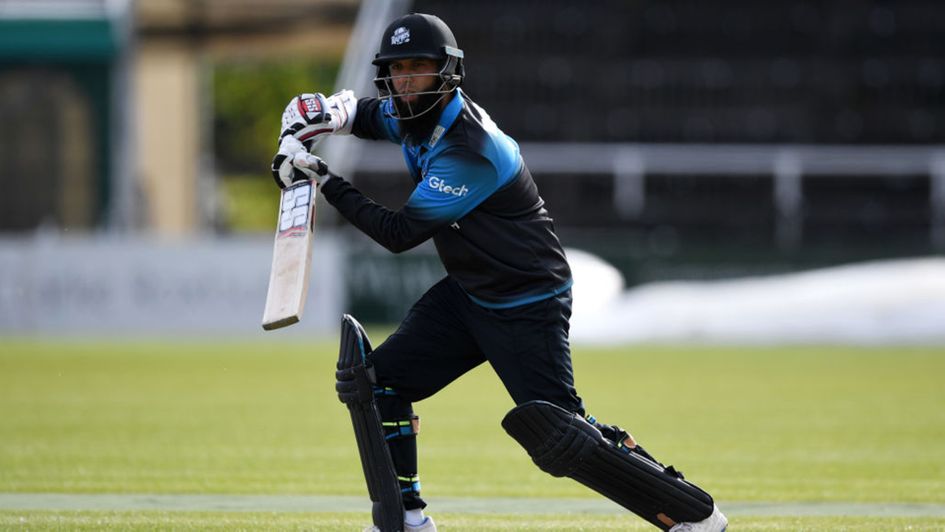 Moeen Ali was in fine form at the IPL

There is similar quality in the Trent Rockets list – namely Alex Hales, Rashid Khan and Dawid Malan – but while they are sure to call upon the experiences of many of Nottinghamshire’s successful Blast performers, they might just find themselves relying on too few of their star names.

I can’t muster too much enthusiasm for London Spirit, for all I’m looking forward to seeing more of Perth Scorchers hitman Josh Inglis, given the impact he has made in England already this summer. Eoin Morgan will lead with his usual flair, but he might not have enough quality at his disposal to mastermind a strong title challenge.

The presence of the Curran brothers – for all I’m a huge fan of Sam in the white-ball cricket – might not be enough to propel Oval Invincibles to glory, with the batting likely to rely heavily on Jason Roy and Sam Billings. Colin Ingram would have been a shrewd acquisition a couple of years ago, but whether his time has gone or not will go a long way in deciding the fate of his franchise.

With Jofra Archer reported to be on track to make his comeback from injury in this competition, there is a fair bit to like about Southern Brave on paper, not least a really well-balanced attack that will see Archer link up with his good friend Chris Jordan and Sussex teammate Tymal Mills. Danny Briggs is no longer plying his trade at Sussex but his presence ensures this bowling unit isn’t just about pace, and Craig Overton will add some nous.

The batting might be a touch on the light side in comparison, but Devon Conway’s stock is rising all the time while James Vince could hardly be in any better form coming into the tournament. In fact, he might be playing too well as far as Southern Brave are concerned, as a recall to England’s Test team next month isn’t out of the question.

Should Vince be available throughout, and South African Quinton de Kock do his thing at the top of the order, Southern Brave could prove genuine title contenders, less so Welsh Fire who boast plenty of batting firepower, seemingly at the expense of enough dangerous bowling options.