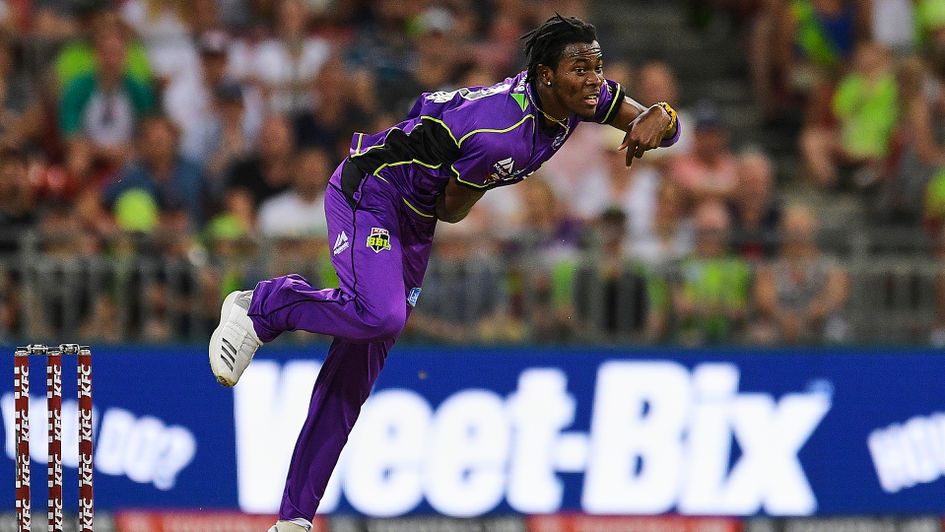 Cricket expert Richard Mann looks ahead to the T20 Vitality Blast and makes the case for a couple of exciting squads.

The old saying goes that 'bowlers win matches' and ahead of this year's T20 Blast, Sussex look to have assembled one of the strongest bowling attacks imaginable for this form of the game.

Under the expert tutelage of new coach Jason Gillespie, Chris Jordan has continued to develop into an excellent short-form bowler and his three wickets for England against Australia last week were a sharp reminder of his talents.

Jofra Archer took the Big Bash by storm for Hobart Hurricanes last winter, hauling them to the final, and those performances earned him a bumper deal with IPL franchise Rajasthan Royals.

He was again impressive in India, his genuine pace and steep bounce proving a real handful and his ability to make key breakthroughs with the old and new ball is a rare commodity which Gillespie will be keen to make the most of.

While that pair will form a potent new-ball and death-overs attack, the ace in the pack could well prove to be overseas signing Rashid Khan who is arguably the finest T20 bowler on the planet right now.

The Afghanistan leg-spinner is another to have taken the Big Bash and IPL by storm and his performances for Sunrisers Hyderabad this season were mightily impressive, his 21 wickets backed up by a terrific economy rate of 6.73, numbers almost unheard of in this day and age.

With the recent hot spell expected to dry out wickets across the country even further, Khan could be in for a field day in the coming weeks and Sussex boast an attack that won't be easy to master.

With the experienced Luke Wright still a dangerous batsman, particularly in the shortest form of the game, and Kiwi Tom Bruce joining some exciting young talent in the batting ranks, Sussex could be a real force to be reckoned with this year and look worth supporting at 8/1.

Sussex will hope to qualify from the South Division at the very least, though Royal London-One Cup finalists Hampshire and Kent will both fancy their chances of enjoying another strong tournament while, as ever, expectation will be high at Surrey with Aaron Finch returning to bolster their strong squad.

Glamorgan reached Finals Day last year and although they have different personnel this year, Australians Shaun Marsh and Usman Khawaja should ensure they don't lack for runs.

If their big players continue to fire, the aforementioned Hampshire could again prove major contenders with the fine spin attack they boast looking likely to be suited by conditions in the next few weeks.

However, they won't be able to call upon the services of Dale Steyn and were an in-form James Vince to find himself back in the England mix, the 8/1 about them might not represent great value. 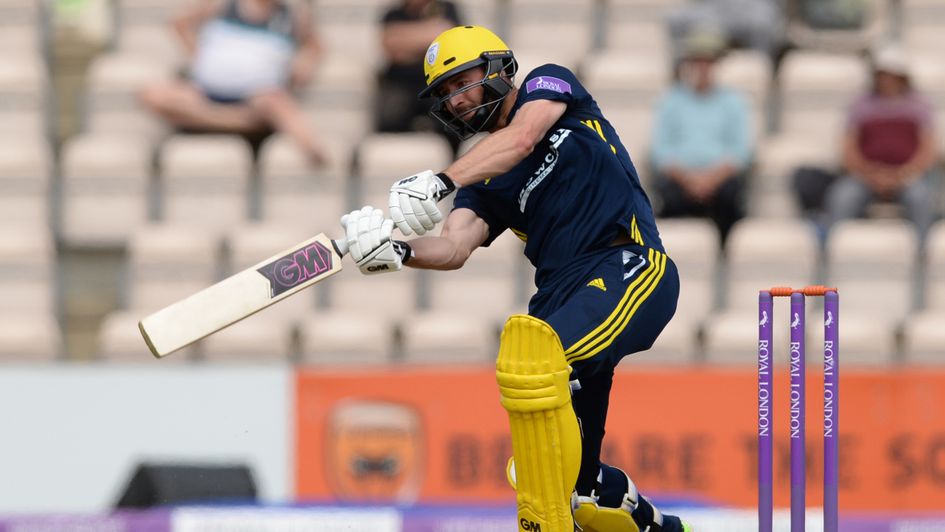 James Vince has enjoyed a fine summer so far

As such, I'm happy to look elsewhere for my second bet with Derbyshire making plenty of appeal at a general 33/1.

The Falcons were one of the surprise packages of the tournament last year, finishing second in the North Group behind eventual winners Nottinghamshire, playing a wonderful, fearless brand of cricket along the way.

Derbyshire's campaign ended at the quarter-finals stage when Shahid Afridi blitzed his way to a brutal century but those things can happen and it certainly didn't take the gloss off what was an excellent tournament for John Wright's side.

Wright's arrival as the specialist T20 coach certainly made a huge difference last year, giving Derbyshire some much needed nous and a real structure to their short-form game, and his signings this season certainly look shrewd ones.

Pakistan paceman Wahab Riaza and New Zealand's Lockie Ferguson join Hardus Viljoen and Ravi Rampaul in what should prove a potent seam attack while the batting will again look to the ever-reliable Wayne Madsen and Billy Godleman. 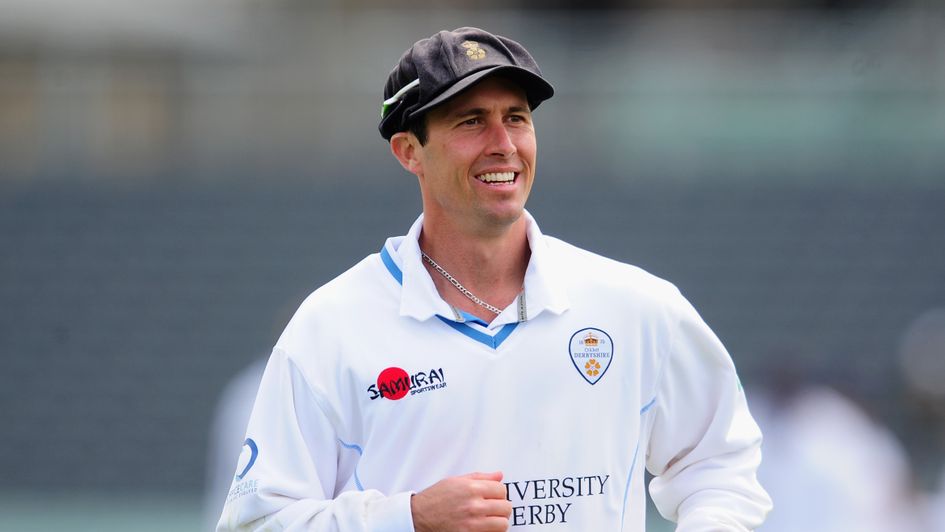 Wayne Madsen will be key to Derbyshire's hopes again

Daryn Smit and Gary Wilson should contribute runs down the order once more while it will be fascinating to see what sort of impact Scotland international Calum MacLeod can have.

MacLeod made a magnificent 140 not out in Scotland's famous victory over England earlier in the summer and his arrival could go some way to filling the void left by the injury to Luis Reece.

Reece was one of Derbyshire's star performers last summer and his injury is a big loss, though not big enough to stop me from getting involved at 33/1.

Derbyshire will need to navigate a tough North Group if they are to make the latter stages, with last year's winners Nottinghamshire sure to lay down a stern title defence along with an exciting Worcestershire side.

Nottinghamshire welcome back captain Dan Christian for this tournament, meaning they will again be able to rely on the likes of him, Samit Patel, Harry Gurney and Jake Ball. 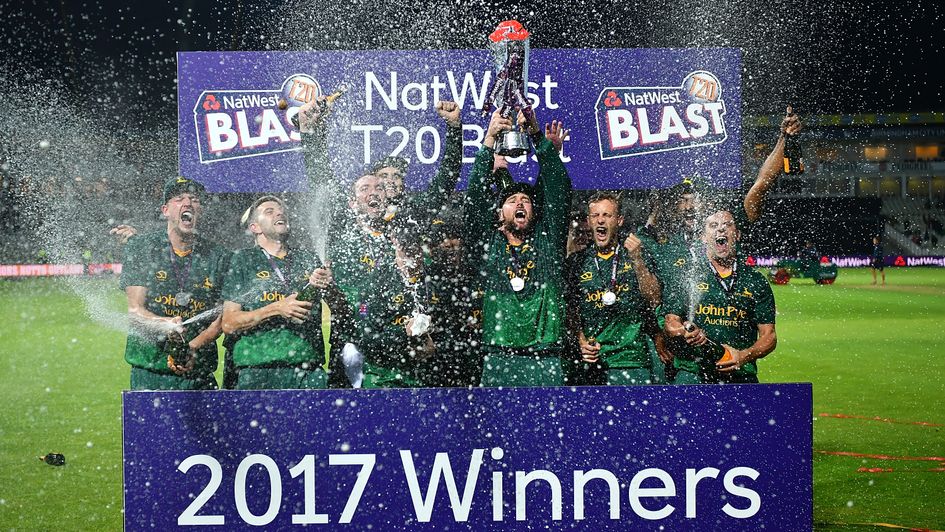 Birmingham Bears fell at the final hurdle last year but they are another county with some fine young batsmen at their disposal and the likes of Ed Pollock, Sam Hain and Will Rhodes will be itching to put their names in lights on such a big stage.

Yorkshire, too, can be expected to back youth and their run to the semi-finals stage of the recently concluded Royal London One-Day Cup suggests they aren't far away in white-ball cricket.

The likes of Matthew Fisher and Tom Kohler-Cadmore are two young names that Yorkshire will be resting their hopes on but as ever, the form of Tim Bresnan and availability of their raft of England internationals might ultimately seal their fate one way or another.