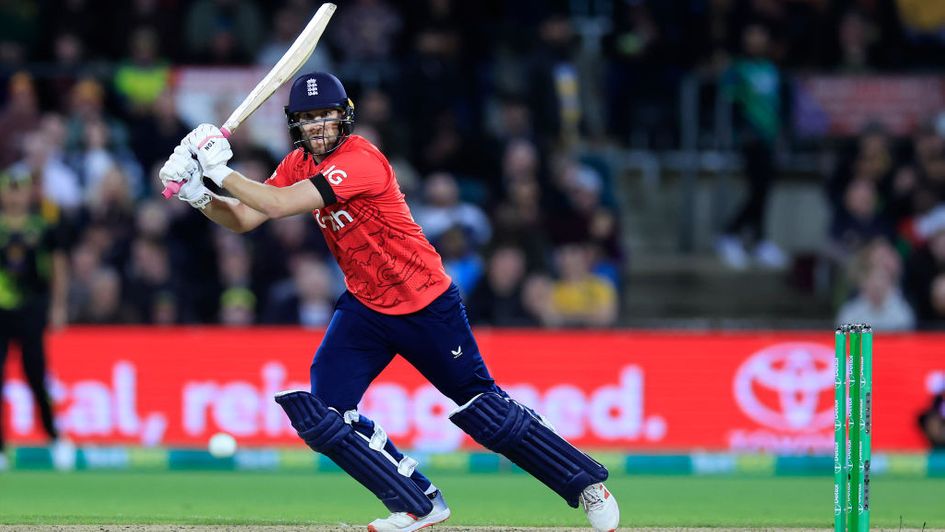 South Africa and England begin their three-match ODI series in Bloemfontein on Friday – our expert has three bets to consider.

After what has seemed like non-stop T20 franchise cricket since Christmas, with the Big Bash League, SAT20 and ILT20 running concurrently, England return to international duty on Friday when they begin a three-match ODI series in South Africa.

Much has happened since these two sides drew 1-1 back in the summer, the final throes of that three-match ODI series in Leeds eventually rained off with South Africa apparently in command at 159-2.

Since then, England have been crowned T20 World Cup champions in Australia, South Africa themselves having surrendered a seemingly dominant position against Pakistan in the group stages before suffering a shock defeat to Netherlands, a result which cost them a place in the semi-finals.

Same old South Africa then, in knockout cricket at least, but it’s hard to fault their recent white-ball performances in bilateral series and with home advantage on their side, and many of their star performers having warmed up in these conditions in the ongoing SAT20, I’m surprised the home team aren’t favourites for the series opener in Bloemfontein.

Strong hosts too big to ignore

My main concern about England is their top order, which may well feature the horribly out of form Jason Roy, and/or Ben Duckett, whose recent success in T20 and Test cricket has come in the subcontinent on markedly different pitches to those he will encounter here. Phil Salt really ought to win one of those opening spots.

Dawid Malan, Harry Brook and Jos Buttler are much less of a concern, but from there I’m not brimming with confidence about Moeen Ali and Sam Curran in the middle order; the former only striking at 81.30 in this format throughout 2022, with a top score of 47, and the latter struggling with the bat at the T20 World Cup. 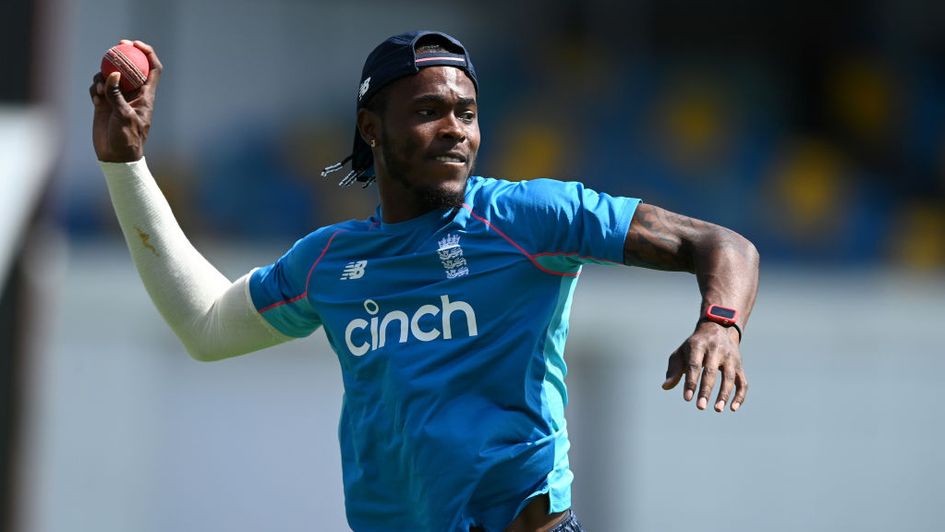 Jofra Archer is back for England

The return of Jofra Archer with the ball is a big boost to the visitors, but how many games he plays in this series following a long injury lay-off remains to be seen, and bowling has been England’s weak link in this format for a while now.

Conversely, SOUTH AFRICA boast a brilliant pace attack led by Anrich Nortje and Kagiso Rabada; their batting in this format is very exciting too.

Quinton de Kock comes back in, as does Aiden Markram, while there is depth in that middle order with the likes of Heinrich Klaasen and Marco who having impressed in the SAT20. That pair, and others the home line-up, have the power to hurt England if the tourists continue their recent trend of leaking big runs at the death.

That extra depth with bat and ball tips the scales in South Africa’s favour, especially at the odds available, and for all the criticism that rightly came their way following the T20 World Cup and then the horror show in the subsequent Test series against Australia, I remain convinced this is a really strong white-ball outfit on a steep upward curve.

Van the man for South Africa

Another key man for the hosts is RASSIE VAN DER DUSSEN, and given he comes into this series on the back of a stellar year in this format, 6/1 about him top scoring for South Africa on Friday is an insult to his credentials.

In nine ODI appearances throughout 2022, van der Dussen made two hundreds and two more half-centuries, averaging 79.33 in the process, meaning only Babar Azam currently stands above him in the ICC ODI batting rankings. One of those tons came against England – at Durham last summer – and though dipping slightly from his 2022 numbers, van der Dussen's ODI career average is a staggering 69.31 from 38 matches.

By anyone’s measure, that is a phenomenal record. 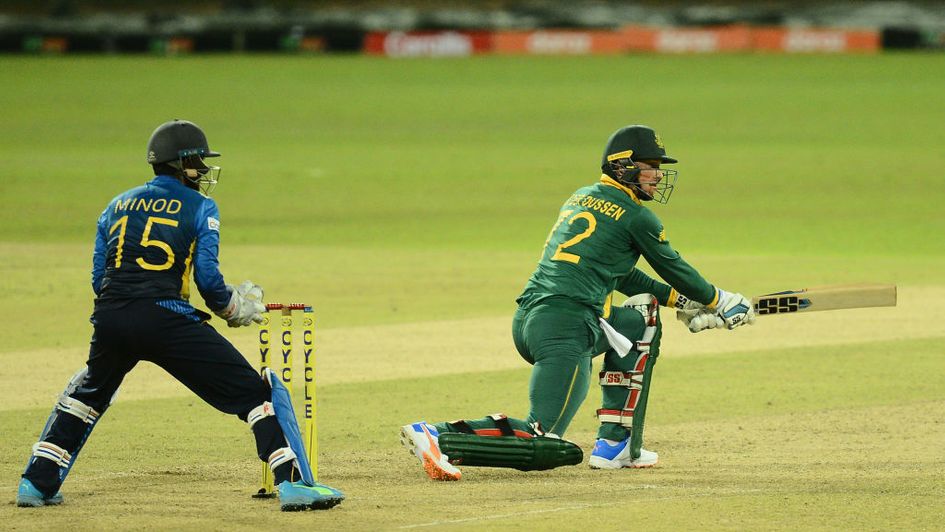 What makes van der Dussen perfect for this market is that he is tasked with controlling the South Africa innings, while the likes of de Kock and Markram play more aggressive roles, and that’s part of the reason why he often finishes not out. He can be selfish, but that’s no bad thing for top batsman betting purposes.

Given van der Dussen was last seen batting at number three for South Africa in this format, the 6/1 on offer with bet365 looks way out, though the 5/1 generally available is also wrong. In fact, it's must-bet material on recent evidence.

For England, there’s enough juice in the 4/1 Sky Bet offer about DAWID MALAN to warrant a bet, especially when you take into account those doubts about England’s openers.

Malan is England’s confirmed stand-in for Joe Root in the 50-over cricket, having made the number three position his own in T20Is.

Nevertheless, Malan’s numbers in this format are very good too, with his average currently standing at 50.55 following two centuries and a couple of fifties from only 12 games. Malan struck a brilliant 134 at Adelaide in England’s last ODI series which came as recently as November. 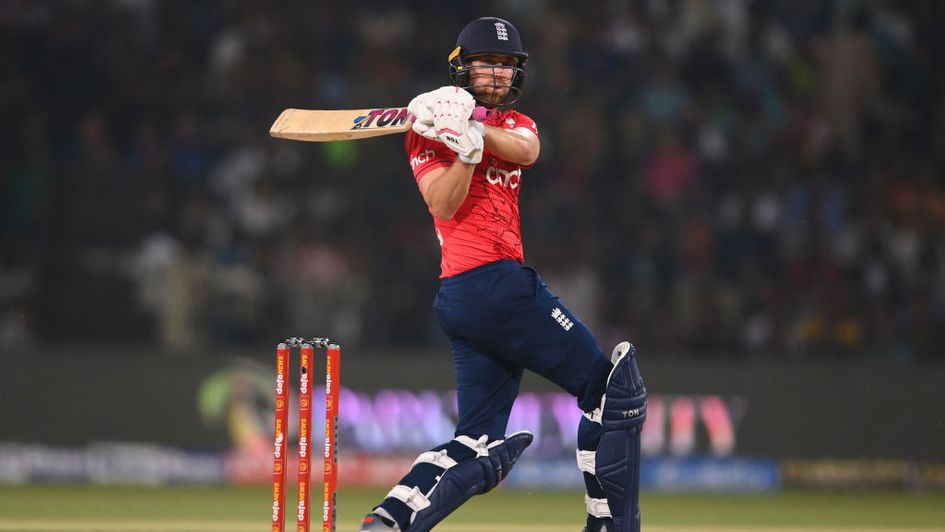 And that innings leads us on to the crucial point about conditions. While Malan has made improvements to his game against spin on slow pitches, particularly early in his innings, he’s much better on quick surfaces that allow his strong back-foot game and natural timing to prosper.

Though he’s yet to play an ODI on these shores, Malan averages 61.33 from four T20I appearances in South Africa and close to 40 in Australia, while his numbers in New Zealand and at home are very strong.

Malan is made for these conditions, and while I have the utmost respect for the likes of Brook and Buttler in England’s batting order, there are doubts elsewhere. As such, 4/1 about Malan is fair.