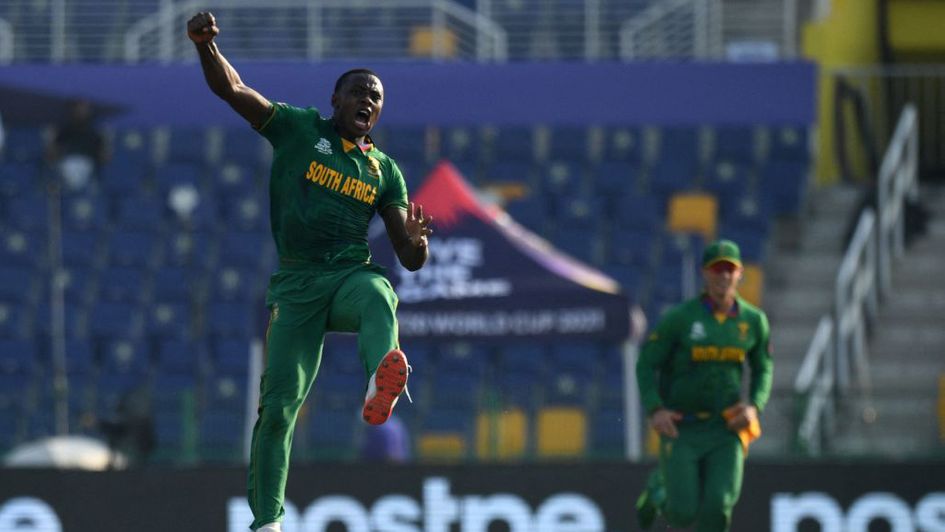 With the T20 World Cup now firmly on the horizon, Richard Mann makes a strong case for backing South Africa in his Antepost Angle column.

SOUTH AFRICA have made impressive strides in the shortest format of the game over the last 12 months, and now is the time to back the Proteas to win the T20 World Cup in Australia later this year.

We’ve hardly had enough time to digest another series of Love Island since the last T20 World Cup – the 2020 edition eventually taking place in the UAE in late 2021 because of Covid-19 – but South Africa were a touch unfortunate out in the Middle East and have plenty going for them Down Under, with conditions looking absolutely ideal for this richly talented group of players.

Rewinding back to the UAE to begin, it’s worth remembering that eventual winners Australia only qualified out of the group stages ahead of South Africa on Net Run-Rate, with Bangladesh offering next to no resistance to Australia in their meeting, and South Africa left to rue not being aggressive enough when chasing down a modest total against the same opponents.

Prior to that, Australia had opened the tournament with a narrow and ultimately crucial victory over South Africa, who lost a bad toss on the day but still very nearly won the game with the ball having turned in a ring-rusty effort with the bat in the first innings.

We must not forget that there was a massive toss bias favouring the chasing side throughout that World Cup and that opening match, along with Net Run-Rate from their respective wins over Bangladesh, would prove the difference between exiting the tournament at the group stages, and for Australia, going all the way to becoming T20 world champions.

Tournament cricket is often about fine margins and on this occasion, South Africa came out on the wrong side of things. Still, we learnt that this is a very promising T20 outfit with a bowling attack capable of performing in alien conditions, and yet Australia might just prove the perfect hunting ground for this group of bowlers. 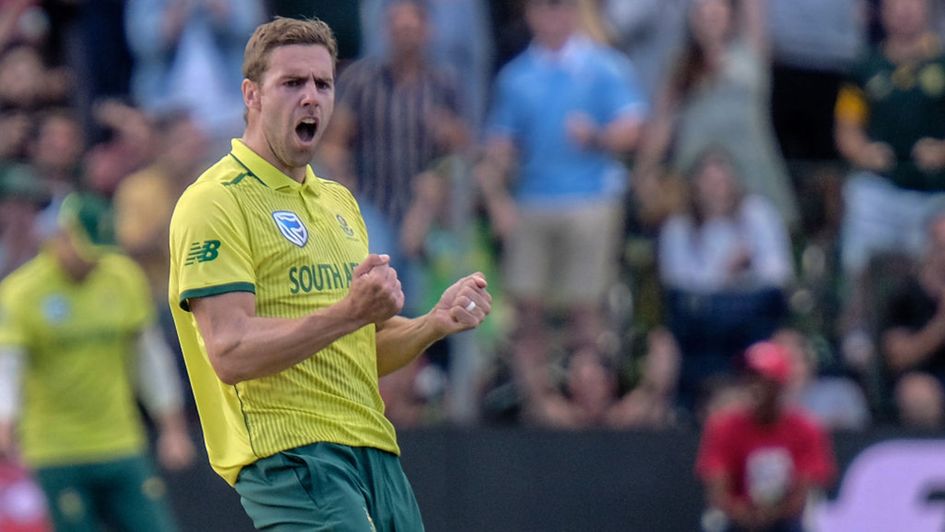 That attack will be led by the giant Anrich Nortje, who clocked up some frightening speeds in England recently and who displayed his versatility when claiming nine wickets form five matches at an impressive economy rate of only 5.37. His partner in crime will be Kasigo Rabada, less impressive in the UAE but still a high-class operator and one who has always raised his game Down Under.

Lungi Ngidi is another genuine wicket-taker and while his economy rate can be high, the addition of a slower ball, off-cutter to his armoury made him much harder to line up in England and bodes well going forward. That pace trio is an excellent one.

To complement pace, there is high-class spin in form of Keshav Maharaj, who bowls really well in the powerplay, and wrist spin from Tabriaz Shamsi who can be expensive but takes wickets in much the same way Adil Rashid does for England. Shamsi took 36 T20I wickets in 2021 alone.

In the expectation of some flat pitches in Australia, and the likelihood of less of a toss bias than in Asia, the best bowling attacks ought to carry their teams a long way, and the South African attack is well-rounded and full of wicket-takers.

The batting is equally strong. On the back of a brilliant T20 Blast campaign, Rilee Rossouw marked his return to international cricket with scores of 96* and 31 against England, and his reintroduction to the South Africa set-up adds some real power to a top order already boasting the equally destructive Quinton de Kock.

Reeza Hendricks has really come of age of late, though such is the batting strength within the South African ranks, I’m not sure he can be guaranteed a starting berth when they begin their World Cup campaign, nor too Rassie van der Dussen who looked a fine player when making 177 runs at an average of 59.00 in the UAE but might score too slowly for this team.

The issue for van der Dussen, and even official captain Temba Bavuma, is the emergence of Tristan Stubbs – so impressive when blasting 72 from only 28 balls against England recently – and Dewald Brevis, who displayed glimpses of real star quality at the IPL this year. These are the next generation of T20 batsmen and South Africa have them, as do the perennially shrewd Mumbai Indians. 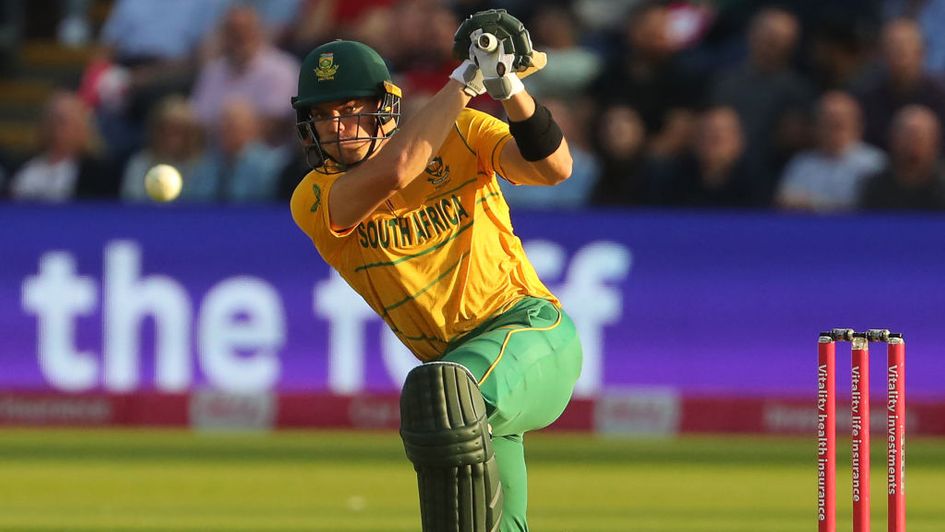 The latest IPL saw David Miller surge back to his very best form, meaning the troublesome finisher role is locked in, and with Aiden Markram much improved in this format and also firmly in the mix for a middle-order spot, South Africa’s biggest challenge might come in selection. There is very little breathing space with so much talent to choose from.

But having so much quality at hand is certainly no bad thing, and if common sense prevails and Bavuma makes way for Miller as captain, only India would be able to match South Africa for squad strength in my opinion. Bavuma keeping his place would be a negative, but he is a thoroughly decent batsman and a world-class fielder, so the issue won’t stop me from having a bet.

In fact, South Africa still rate knocking value with 10/1 generally available, a price that has shortened since Christmas when I first began talking up the Proteas for World Cup glory, but one that is still perfectly acceptable given subsequent events.

South Africa finds themselves in Group 2 along with India, a team whose pedigree needs no introduction and probably deserve to be favourites having beaten England only a matter of weeks ago to mark the beginning of Rohit Sharma’s captaincy.

Rohit is a wonderful tactician and has proven his leadership skills time and again in the IPL. It has been refreshing to watch him demand that his young batting line-up, featuring the likes of Suryakumar Yadav and Rishabh Pant, adopt an all-out attack approach, and Australian conditions don't worry the Indians like they once did.

Their bowling is skilful and led by a champion performer in Jasprit Bumrah, but the elephant in the room is Virat Kohli and his continued diminishing returns in this format of the game. Kohli is no longer worth his place in India's best T20 XI, but his standing in India and the potential commercial impacts on the IPL if he doesn’t play at the World Cup mean leaving him out won’t sit well with the BCCI.

I suspect Kohli will start in Australia, meaning even the brilliant Yadav might be left on the sidelines, and it would be a decision that could really hurt India. That, along with the absence of a truly world-class wrist spinner, is enough to put me off the 2007 champions at around the 7/2 mark.

In same group, I’d be very surprised if Bangladesh offered much at all on quick pitches in Australia, and they look a poor side to me.

Less so Pakistan, but for all he boasts a fine record, Babar Azam’s strike-rate at the top of the order has been a problem in this format for a while now, and how the captain faces up to growing criticism will be really important to him and his team.

I do think need Pakistan need to take more risks at the top of the order in Australia, where high scores on good pitches will be a must, and I can’t help but wonder if they missed their chance when falling short at the semi-finals stage in the UAE. Conditions won’t be as much in their favour in Australia, anyway.

All in all, I’ll be disappointed if South Africa don't prove good enough to progress from Group 2, after which any one of England, New Zealand and Australia would await in the semi-finals, with another of that trio likely to stand between South Africa and the trophy should they go all the way.

Australia and New Zealand contested the final in the UAE and the hosts, in particular, warrant the utmost respect on home turf and with their strong pace contingent surely better suited to playing at home than in Asia. 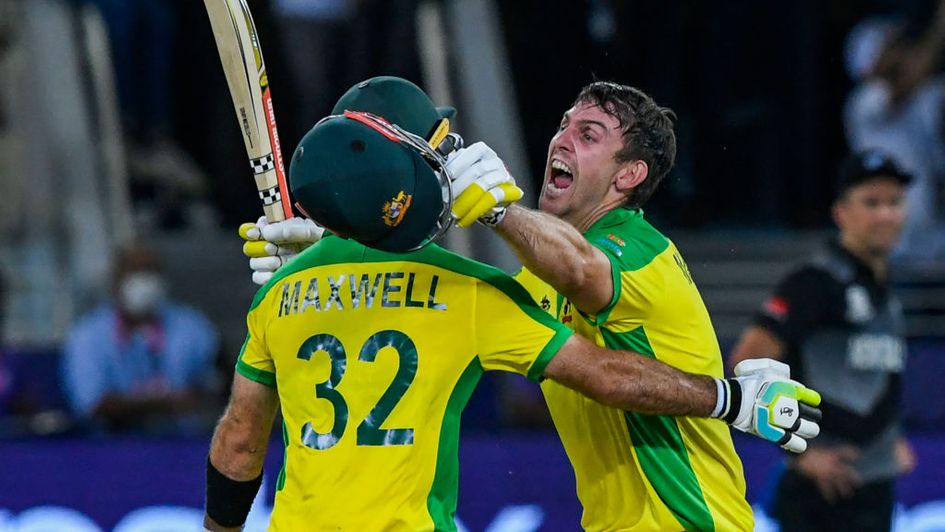 The batting still doesn’t convince me entirely, with Steve Smith’s presence in the squad very similar to Kohli for India, and I remain unconvinced that Marcus Stoinis and Matthew Wade will continue to finish the job at the highest level on a consistent basis. Tim David is a must.

I can certainly see why Australia are vying for favouritism, though, but not England who have lost Eoin Morgan as captain and were put to the sword by both India and South Africa recently.

New captain Jos Buttler will prove a fine appointment in time, but he needs his best bowlers fit and on the park, none more so that pace duo Jofra Archer and Mark Wood. Both would appear unlikely for Australia at this point, and without their pace and x-factor, I can’t see England having enough in their bowling to go all the way.

Cricket teams often work in cycles, and England’s great white-ball team that won the 50-over World Cup in 2019 appears to be at the end of one, possibly too New Zealand whose Test fortunes have already taken a nosedive in the last year.

With Trent Boult having been released from his central contract with New Zealand so he can pursue lucrative short-format opportunities abroad, another stark warning has been handed to an international game that is already struggling to compete with franchise cricket. While England and Australia might have the power and financial clout to resist for a while yet, New Zealand might not, and it’s hard to know where this side will be even in a few months’ time.

New Zealand went desperately close in the UAE, and in the last two 50-over World Cups, but I’m not sure this current team is better than either of those sides and, again, I’m happy to let them go for now. 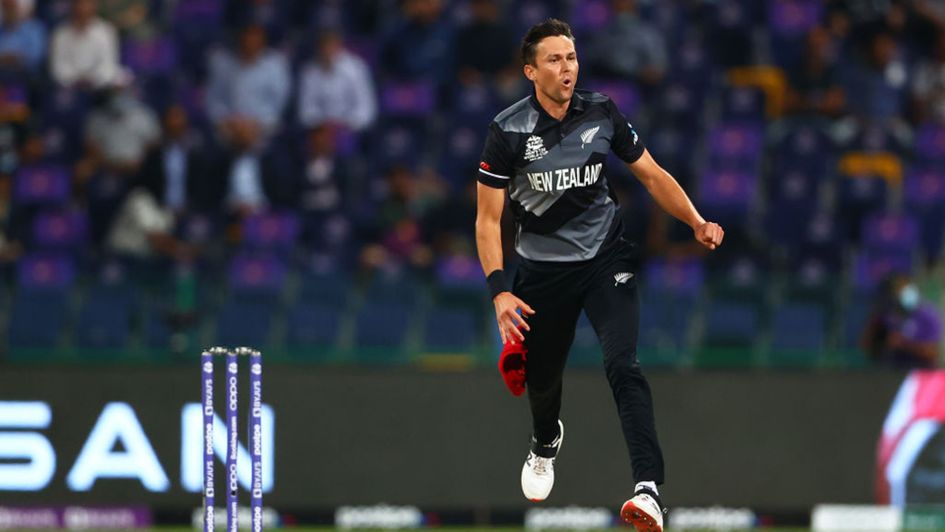 Like so many of the big guns, South Africa have questions to answer and issues to resolve, not least their unhappy knack of coming up short in major ICC tournaments, even when fielding some outstanding sides and some of all-time great players. This current team is yet another excellent one, but I’ve never really bought into the whole Chokers nickname and, ultimately, winning World Cup is no easy task where big games can turn on fine margins.

It hasn’t happened for South Africa yet, but it will. You can’t keep producing the calibre of cricketers they do without reaping the rewards on the field, and the success of the Test team for such a long period of time is testament to the strength of South African cricket – regardless of the politics that invariably drag it down.

If this T20 team can bat with the freedom and courage it displayed in England this summer, and bowl with the guile and skill on show in the UAE, the stage is finally set for a South Africa World Cup win in conditions that this squad will absolutely relish.