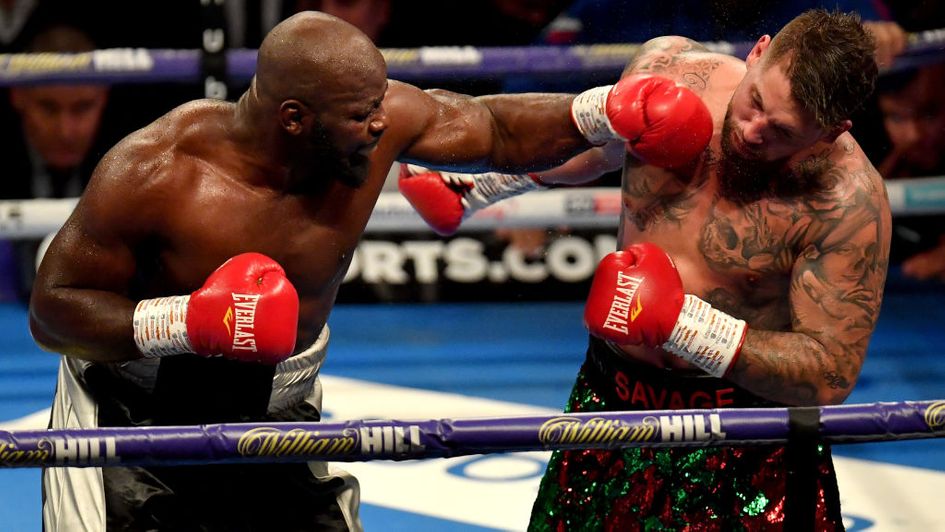 Get the latest from both camps ahead of Joe Joyce's heavyweight showdown with Carlos Takam this weekend.

Carlos Takam may be a big outsider in his huge clash with Joe Joyce on Saturday night - but the Frenchman insists is not a no hoper.

Joyce is a 1/10 shot to improve his unbeaten record to 13-0 against the veteran Takam, who is currently an 11/2 chance to pull off the upset.

It is a massive night for ‘The Juggernaut’ - victory would cement his position as the next mandatory challenger for the WBO heavyweight title currently held by Anthony Joshua.

But Takam (39-5-1) is as seasoned as it gets in boxing’s marquee weight class, and confident of shocking the Londoner at SSE Arena, Wembley.

In a message directed at Joe, he said: "I hope you are ready for this fight because I've come here to win. On Saturday you won't beat me, I'm sorry. This is my time. This is Carlos Takam time and I'm going to beat your guy!

"I will see you on Saturday night Joe and I am here to win, not to lose. See you boy, I am ready for the win, definitely."

A Joyce victory in Saturday’s blockbuster (live on BT Sport) would clear the path for a future world-title shot, but promoter Frank Warren is taking for nothing for granted - he knows full well the threat Takam presents.

"He's a seasoned performer who comes to fight and you know that his and Joe's styles will make a fight. He will come at Joe and that will suit Joe, I think, and he will have to be at his best and he will have to do it better than the other guys did like Joshua and Chisora.

"That is how I look at it but, I repeat myself again, he has only had 12 fights and this is a big step up where a win will see him keep his mandatory position to fight the winner out of Joshua-Usyk taking place in September. I think the fight will be ordered pretty soon after that.

"Joe has been in with tough guys right from the start because of his age (Joe will turn 36 in September) and he has done that, but you can still see there are things he needs to do and work on. I think that Takam will be another good name for his record and it will be another great experience for Joe.

"They are big guys who will be throwing bombs at each other and Joe has got a good chin. Takam does come to fight, he throws shots and I can tell you from talking to his team, they fancy the job."