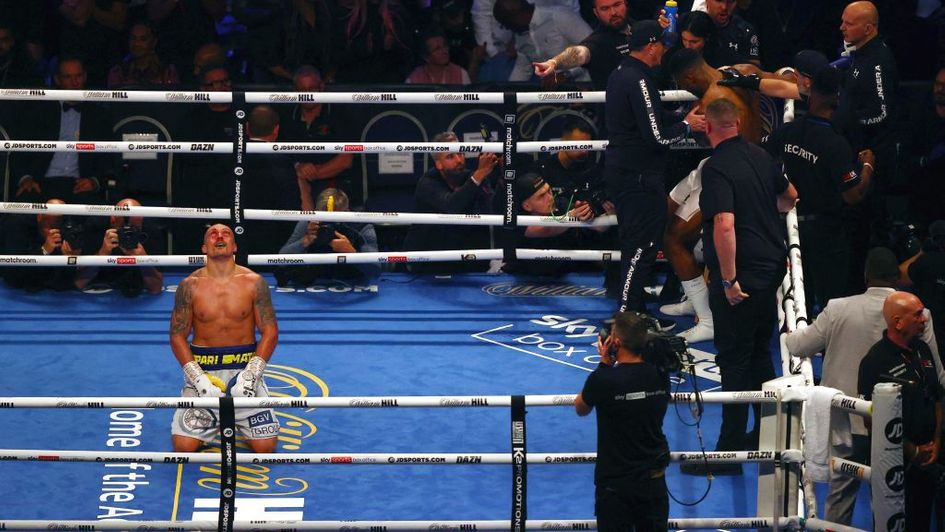 Anthony Joshua’s reign as world heavyweight champion was ended and a ‘Battle of Britain’ against Tyson Fury is in tatters after Oleksandr Usyk claimed a stunning unanimous decision win at Tottenham Hotspur Stadium.

Usyk was giving up three inches in height and four in reach, as well as nearly 20lbs in weight, but the former undisputed world cruiserweight champion’s technical acumen came to the fore in an electric atmosphere.

Joshua finished the bout slumped against the ropes as his smaller foe looked for a dramatic finish and while it was not forthcoming, Usyk claimed the WBA, IBF and WBO titles after he was given the nod by all three judges.

Scores of 117-112, 116-112 and 115-113 were just reward after a near-masterclass from the unbeaten Usyk, who became only the third fighter after Evander Holyfield and David Haye to win world titles at cruiserweight and heavyweight.

Joshua, who was obligated to face WBO mandatory challenger Usyk after a bout against Fury fell through earlier this year, seemed accepting of the result when the scores came as he suffered just the second defeat of his career.

As well as giving up several physical advantages to Joshua, Usyk had to contend with the hostile atmosphere that greeted his entrance to the ring from the more than 62,000 that attended this bout.

But he retained an intense focus throughout and his combination of speed and almost non-stop movement from an awkward southpaw stance befuddled Joshua, whose right eye became increasingly swollen as the fight wore on after a succession of rapid left hands found their mark.

Joshua was hurt on several occasions, most notably in the final seconds of the fight as a flurry of punches sent the Briton reeling back to the ropes, just about hanging on from the onslaught before being put out of his misery by the judges.

"This means a lot," said the new unified champion, speaking to Sky Sports via a translator. "The fight went exactly the way I expected it to go. There a couple of moments that Anthony pushed me hard, but nothing special.

As for a rematch, he added: "I've been working so hard in preparation for this fight. I miss my children, I miss watching them play. I want to go home, I want to be with my family. I'm not thinking about the rematch at the moment."

Joshua left the ring immediately after the decision was confirmed, and promoter Eddie Hearn said he would go to hospital for assessment of a nasty eye injury.

"I don’t know if he has broken his eye socket, it doesn’t look great," said Hearn, adding: "He said he couldn’t see after the ninth round, obviously he was getting tagged a lot as well.

"His power looked like it had left him, the tank was empty and it was only heart which kept him on his feet in the 12th round."

Hearn confirmed a rematch was under consideration.

“He is already talking about the rematch now,” Hearn told BBC Radio 5 Live.

“The first thing he said was ‘I know I can beat him, I know exactly what I have to do’.

“(He said that) back in the changing room just now. You talk about the rematch, but doing it is something very different.”

Hearn added: “Knowing AJ, knowing the position he is in, knowing that he will have a shot to get his belts back, there is absolutely nothing else he will do other than a rematch.”

Chris Oliver's big-fight preview produced more profit as he tipped over 10.5 rounds at 11/10, with 9/5 and 9/4 winners earlier on the card. For previews of all the main action in the UK and overseas, visit sportinglife.com/boxing

Carl Froch, the former super-middleweight world champion, felt Usyk was worth his victory.

He told BBC Radio Five Live: “All the boxing purists who know the game, we always knew Oleksandr Usyk could out-perform AJ, out-box him and beat him on points.

“I don’t think any of us knew he could do it in such a manner. Towards the end, he took control, then started to beat him up when he didn’t need to.

“That was a boxing match and a proper fight, which in the end Oleksandr Usyk was in control of. He deserves every credit.

“Anthony Joshua did his part, he tried to box with him and work the body at time, but it wasn’t enough, he simply wasn’t good enough.” 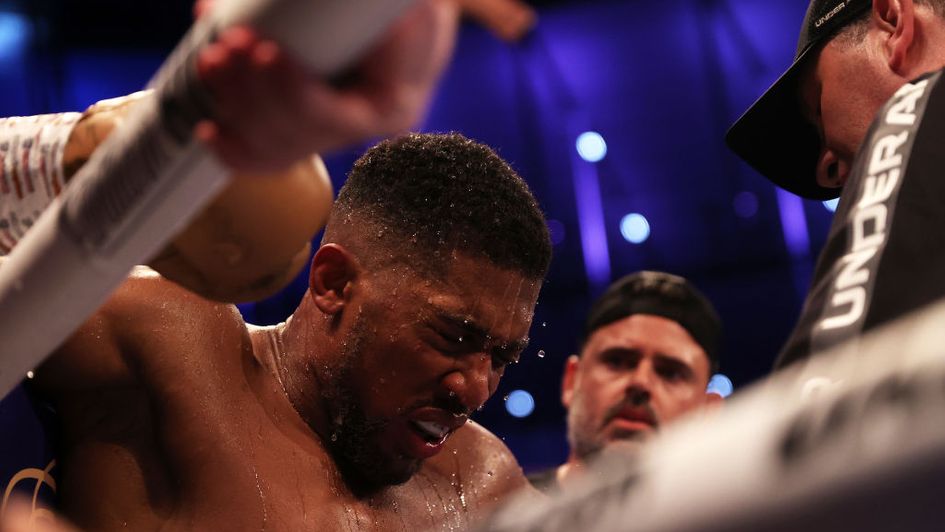 Anthony Joshua at the end of a hard night's work

Boxing expert Steve Bunce felt the warnings signs were there early on for Joshua.

“It was the very first round, seven seconds in, it was a big left hand,” Bunce said.

“From that point on, there seemed to be doubt – how can there be doubt in the first round?”

Former British heavyweight champion Dillian Whyte felt Joshua paid a heavy price for not setting the tempo of the contest.

“I said if Joshua tried to box he was always going to lose,” Whyte told 5 Live.

“If he had come out and bullied him and pushed the pace and let his hands go he could have knocked him out in the first even round.

“But he came out and was being too negative he seemed like a gun shy fighter. You are the bigger man, have a go.

“I don’t know, he lacked ambition in the ring there tonight.

“The first round, Usyk landed the first strong blow and Joshua was a negative fighter. He got tagged with a left and he was worried the whole time.”

“AJ has brought some of the most special nights in British Boxing history. Tonight he lost to a very special fighter. A once in a lifetime fighter,” Crolla wrote on Twitter.