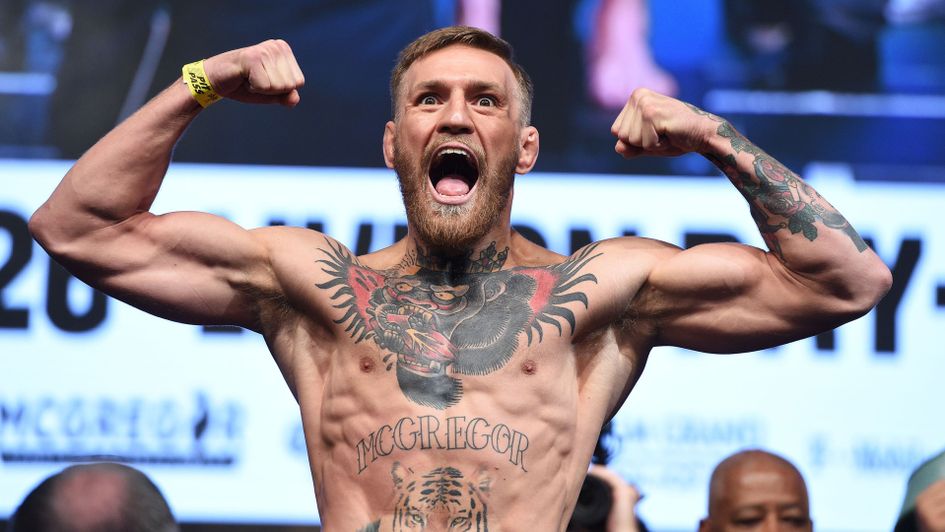 Take a look at the highs and lows of Conor McGregor's controversial career after he announced his retirement from UFC.

The hype around McGregor was growing rapidly and hit new heights in December 2015 with a 13-second blowout of a champion who boasted a 10-year unbeaten streak that spanned 18 fights. The win proved McGregor could back up his bravado and the 1.2million pay-per-view buys was a UFC record for a non-heavyweight contest.

Five months on from a shock first defeat in the UFC to Nate Diaz, McGregor returned to Las Vegas in August 2016 for a rematch with the American at the welterweight limit, 25 pounds heavier than where he reigned at featherweight. McGregor started strongly and floored his rival three times inside the opening two rounds. The resilient Diaz fought back to finish the fight on top, only to lose a majority decision.

McGregor was the headliner as the UFC was staged in New York for the first time in November 2016 and marked the occasion by joining all-time greats Randy Couture and BJ Penn in winning UFC titles across two weight classes, while he was the first to hold two belts at the same time. Eddie Alvarez was knocked down three times in the opening round before being stopped three minutes into the second in what would prove to be McGregor's last UFC outing for almost two years.

McGregor's boxing match with world champion Floyd Mayweather divided opinion, with many deriding it as a complete mismatch. Predictions that Mayweather would win in the first round proved wide of the mark and it took until the 10th for him to win by TKO, the 50th victory of his career. Perhaps more significantly, the contest generated enormous publicity and, according to the Nevada State Athletic Commission, Mayweather would earn a guaranteed purse of USD 100million (£75million) and McGregor was guaranteed USD 30million (£22million). 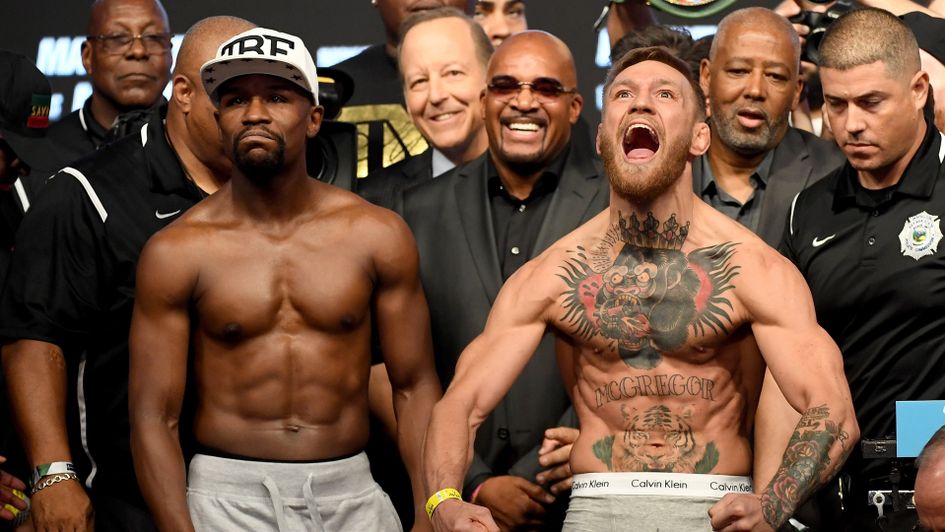 The rematch with Nate Diaz featured a fracas at the pre-fight press conference. As Diaz was walking off-stage, McGregor said: "You'll do nothing, you'll do nothing. Shut your mouth you'll do f****** nothing, get the f*** out of here." Members of Diaz's entourage proceeded to throw water bottles at McGregor, who stood up to respond in kind.

McGregor was ringside to support stablemate Charlie Ward as he made his Bellator debut against John Redmond in Dublin in November 2017. Ward dropped his opponent as the opening round came to a conclusion, appearing to signal an end to the fight, whereupon McGregor climbed over the cage to celebrate with his team-mate. However, referee Marc Goddard separated the pair as he attempted to find out whether the knockout was before the bell, leading to an irate McGregor to remonstrate with the official and push him during a melee. After being led out of the cage, McGregor slapped a commissioner who attempted to stop him from entering the ring again.

Six months later McGregor, apparently incensed that his friend and training partner Artem Lobov had had an uncomfortable run-in with Khabib Nurmagomedov, responded by launching an attack on a bus containing several UFC fighters, including his Russian foe. McGregor was filmed throwing a hand truck at the bus window, injuring several people. His actions were described as "the most disgusting thing that has happened in the history of the company" by UFC president Dana White and led to his arrest. He later pleaded guilty to disorderly conduct and was sentenced to five days of community service. Days after the incident, Nurmagomedov succeeded McGregor as lightweight champion after the latter was stripped because of inactivity.

McGregor made a losing return to the UFC in October 2018 after tapping out to bitter rival Nurmagomedov on another controversial night. The Irishman made his comeback after nearly two years away but was thoroughly outclassed by Nurmagomedov, whose rear-naked choke forced a submission midway through the fourth round in Las Vegas. Immediately after McGregor tapped out, Nurmagomedov taunted his rival, threw his gum shield and jumped over the cage before flinging himself to attack a member of the Irishman's team. While this was occurring, McGregor was set upon by at least two alleged members of Nurmagomedov's entourage. 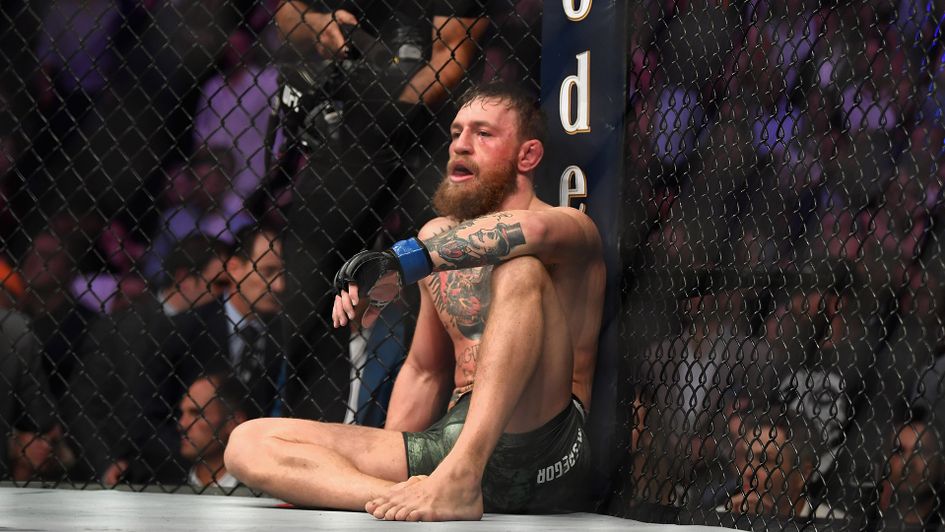 In March 2019, McGregor was charged with robbery in the US after allegedly stamping on a fan's mobile phone. Miami Beach Police said the Irish fighter slapped the victim's phone out of his hands and "stomped on it several times" after the man attempted to take a picture of the UFC star. The report added: "The defendant then picked up the victim's phone and walked away with it." McGregor was charged with "strong-arm robbery and criminal mischief" after the incident outside the Fontainebleau Hotel on March 11.