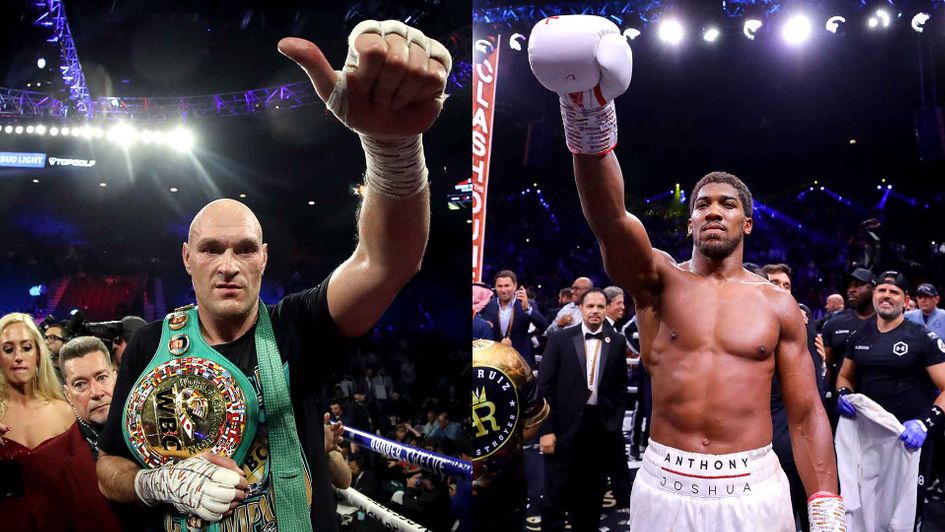 The prospect of a Tyson Fury vs Anthony Joshua summer superfight appears to be closer than ever with talks over the venue set to hot up this week.

The respective camps were due to be presented yesterday (Sunday) with multiple big-money offers to host the massive world heavyweight title unification match.

This after Joshua’s promoter Eddie Hearn went on a world tour fielding bids to become the site for what might be the biggest sporting event of 2021.

All of a sudden the vibe around Fury vs Joshua is much more positive. In recent weeks Tyson and his father John had openly doubted if the finances in a pandemic exist to get the fight on.

Hearn though revealed last week that there are multiple offers, and Fury confirmed this in a social media post late on Friday. He claimed the following territories are live bidders:

Saudi Arabia would appear to remain the hot favourite to win the race. It has significant resources to put into the event, and worked with Hearn to stage Joshua’s rematch win over Andy Ruiz in December 2019.

Obviously fight fans in the UK - and doubtless the two camps - would love to see the fight happen in front of 90,000 at Wembley Stadium.

For months that prospect has seemed impossible due to COVID-19 but Hearn said last week it is not out of the running yet. He revealed Saturday July 24 as the date if London beats the odds.

Fury and Joshua put pen to paper in early March on a two-fight deal. It is hoped they will fight in the summer and then hold an immediate rematch before the end of 2021.

The chances of the rematch taking place in the UK appear to be significantly higher with the UK looking now at a timetable for allowing fans back into sporting events.

A decision on the venue is expected in the coming days, after which TV details will be the next key element for resolution.

The likely outcome in the UK is a joint pay-per-view production with Sky Sports and BT Sport both having rights.

In the U.S Fury has a contract with ESPN, while all of Joshua’s recent bouts have aired on the DAZN streaming platform.