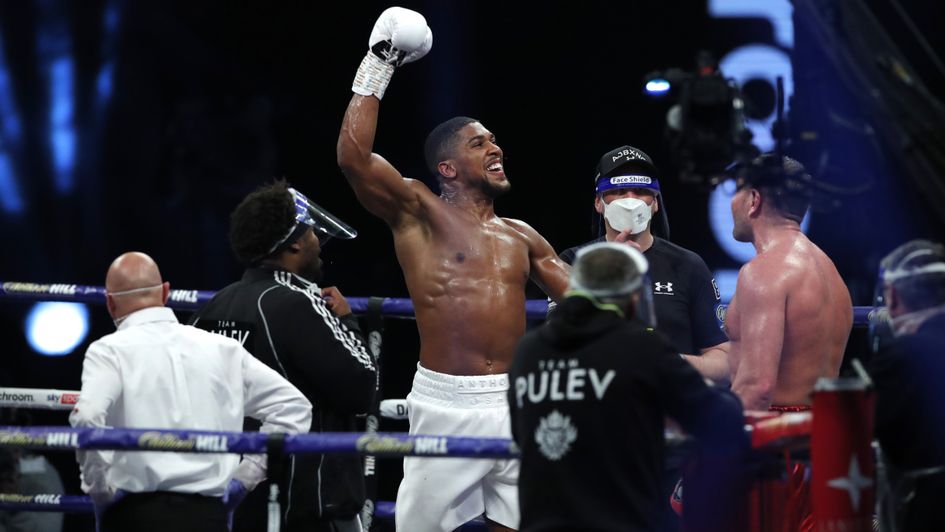 DAZN chief Joe Markowski says the way in which Tyson Fury v Anthony Joshua fell apart was “disappointing” and the sport of boxing must now learn its lessons.

On Sunday May 16, Fury gleefully announced that the date and venue were both set for the eagerly-awaited heavyweight unification - August 14 in Saudi Arabia.

Within 24 hours though, that plan lay in ruins after Deontay Wilder won an arbitration ruling forcing Fury to fight him for a third time.

Fury v Wilder 3 will now happen in Las Vegas on July 24, with Joshua likely to defend his belts against Oleksandr Usyk in September.

DAZN EVP Markowski, like most of the boxing world, was stunned by the speed at which the Fury v Joshua plan fell apart, and says boxing must do better to deliver the fights fans want.

He told Furyjoshua.com: “I think we’re all pretty disappointed with how boxing has allowed the Fury fight to fall apart. I just think it’s very disappointing and I don’t think we’re shy in saying that.

“It’s the fight that everyone wants to see - the speed at which that changed is surprising. We were all locked in on AJ/Fury - as a fan first and foremost I very much hope that fight can happen before the end of the year.

“But they’ve now both got to step through challenging fights to allow that to happen and then obviously a deal’s got to get done.

“I’m not going to sit here and criticise any individuals and offer an opinion on who is at fault, but boxing needs to get around itself better to make sure that fans are given the fights they want to happen.

“If boxing doesn’t put on the fights that beyond hardcore, casual fans want to see, it’s never going to establish itself as a major sport on a consistent basis.

“It needs to learn a lesson from this experience and I hope that going forward we can be a contributing factor to a solution for that.”

While DAZN was already set to be a part of any Fury v Joshua story, its part could now grow much bigger.

Last week the streaming platform signed a five-year deal with Eddie Hearn and Matchroom - which means all of Hearn’s UK shows will now air exclusively air on DAZN and not Sky Sports.

The next hot commodity to hit the UK broadcast market will be Joshua himself - he has one fight left on his current Sky deal, now likely to be that Usyk title defence.

After that there will likely be a massive bidding war for his services, and DAZN will very much be a part of that race.

Markowski said: “Internationally we’re in a really strong relationship with AJ already, so we’ll be involved in that fight if it happens in a material way.

“It’s the domestic situation, there’s conversations to come on that, once AJ and his management team are ready to come to market at the conclusion of their existing deal.”

DAZN so far has been reticent to employ a pay-per-view model to its streams, preferring instead to go for affordable monthly subscriptions.

Joshua’s fights in the UK have all been PPV in recent years, and his stature almost demands it. So how would Markowski and his team make it work?

“We’re looking at a business globally of different ways of interacting with consumers, always with a commitment to the vision on which we started DAZN, which was democratising sport and making it more accessible.

“So as and when Freddie Cunningham and 258 (Joshua’s management company) and AJ are ready to have a conversation about his domestic UK rights, I think we’ll be stepping into that conversation with a broader range of proposition options.

“Of course, we’re going to be an interested party in those conversations, and we’ll be flexible and consumer friendly as we think about how we would conceptually monetise something like that.”