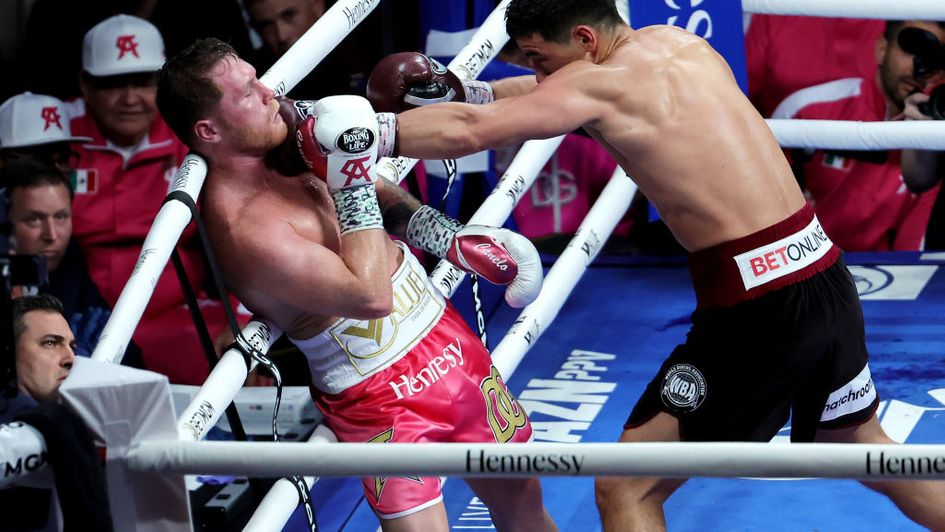 Bivol lands another left-hand on Canelo

Saul ‘Canelo’ Alvarez is heading for a place he hasn’t been in a long time if he does rematch Dmitry Bivol at light-heavyweight - he would start as the underdog.

Boxing’s reigning P4P king appeared to bite off more than he could chew when he moved up to 175lbs to challenge for the Russian’s WBA light-heavyweight title in Las Vegas last weekend.

The 31-year-old Alvarez (now 57-2-2) failed to put a dent in the unbeaten Bivol (now 20-0) with his single power shots, and was completely outboxed by a man who mixed excellent defence with some terrific combination punching.

Astonishingly though, all three judges gave Canelo the first four rounds, and all three had the bout level after 11 rounds. Mercifully, Bivol got the 12th to avoid another massive scoring controversy.

Immediately after the bout, Canelo said he would activate the rematch clause, telling the watching millions: “It doesn’t end like this”.

We wonder though if he might change his mind once he has watched the tape, and instead looks to take in that trilogy fight with Gennadiy ‘GGG’ Golovkin instead. That had been pencilled in for September 17 before Bivol tore up the script.

We asked bookmaker Sky Bet how they would price up Canelo vs Bivol 2 at 175lbs, assuming it happens before the end of 2022. The answer was not surprising, but it does put Canelo in a position he hasn’t been in for some four years now.

The last time the man from Guadalajara went into a fight as an underdog was the rematch with Golovkin in 2018 - a fight he won. Well, he would start 13/8 now if he does trigger that Bivol rematch.

In terms of odds, that is also the biggest price Canelo has started any fight since his very first professional defeat - at the hands of Floyd Mayweather Jr back in 2013. Bivol meanwhile would start as a 4/9 favourite.

There is one other wrinkle to factor in here - and it would change the landscape for any rematch, significantly so.

Bivol said on Monday he’d be willing to come down to super-middleweight (168lbs) for a Canelo rematch, a division where Alvarez is currently the undisputed champion.

A showdown at 168 with all of Canelo’s belts on the line, at a weight the Mexican is clearly happier at, would see a much different set of odds.

So, Alvarez has several options - he’s the most marketable fighter in the sport, so of course he does.

Once the dust settles, and the reality sinks in, we’ll find out which direction he decides to go.