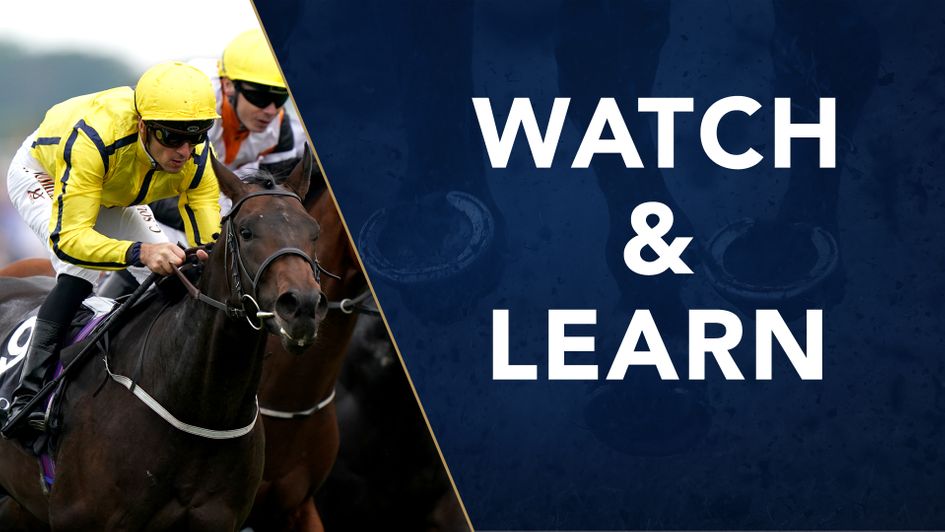 Graeme North looks at what the clock tells us about the recent big-race action with the Cheveley Park and Middle Park firmly in focus.

"I don’t have any other interests – not another thing. This is my golf and everything rolled into one."

So said Aidan O’Brien apparently - the golf is an odd reference, mind - back in 2019 in a quote posted on the Racing TV website after he had opened the Ballydoyle gates to the media and fielded questions about his horses and day-to-day life. Seemingly then not an avid reader, though I’m sure he makes an exception for form books, O’Brien might perhaps be unaware of the ‘reports of my demise are greatly exaggerated’ saying attributed a long time ago to Mark Twain. Considering the Ballydoyle giant has had a quiet year by his own high standards – just the thirteen Group 1s and twenty-seven Group races in Britain, Ireland and France before the latest weekend – which had led to some questioning his ability to keep the ball rolling with Galileo nearly off the scene, those Saturday five minutes in which two of his younger team posted the headline two-year-old timefigure performances of the weekend either side of the Irish Sea once sectional upgrades are incorporated provided the perfect riposte.

The first of those performances came on the Rowley Mile at Newmarket when Tenebrism landed the Cheveley Park Stakes on just her second start – and first since the opening day of the season in Ireland - in a timefigure of 114 to give the trainer his fourth win in the race.

To put Tenebrism’s performance in a historical context, it was the joint-fifth best winning timefigure in the race this century, behind only Queen’s Logic, Hooray, Clemmie and Natagora. Timefigures at Newmarket are usually fairly straightforward to return, but I have to admit being rather cautious with the two two-year-old contests at Newmarket on Saturday which were seemingly much faster than any of the other races, if the fact they were both contested hard and fast against the stand rail had not been taken into consideration.

Tenebrism has a 5lb upgrade to go along with her 114 timefigure, making her 119 sectionally, and that makes her the leading two-year-old filly by some distance.

Exactly how much Tenebrism was advantaged by racing right on the stand rail is hard to gauge, but according to the Course Track sectionals she ran the last furlong over a length faster than Perfect Power managed half an hour later in the Middle Park having reached that point in near enough exactly the same time. Clemmie, of course, was also trained by O’Brien, but neither she nor his other two winners of the race, Brave Anna and Fairyland, managed to enhance their reputations much as three-year-old’s mustering just one further victory between them from fifteen attempts. Tenebrism has an altogether different profile to that trio, however, all of whom were much more experienced, and her dam Immortal Verse made great strides herself at three having run just twice at two, winning the Coronation Stakes and the Prix Jacques le Marois.

Ballydoyle have made numerous Group races their own in Ireland over the last twenty-odd years and they landed the Alan Smurfit Beresford Stakes for the seventeenth time this century with Luxembourg, who was sporting the same colours at Tenebrism.

It has usually taken a good horse to take down Ballydoyle in the Beresford – Sea The Stars, Azamour and Alamshar figure among that small number – and though their recent winners haven’t always been high-class, Luxembourg looks a really smart prospect.

The winner of his sole previous start at Killarney where he’d looked well above average, Luxembourg was held up last in the five-runner Beresford before unleashing a smart turn of foot that saw him go from disputing third place at the furlong marker to nearly five lengths clear at the line. A 24lb upgrade on top of a 94 timefigure puts him just short of 120 on sectional ratings and while it wasn’t the biggest surprise to see him go to the head of the betting for next year’s Derby, I’d have thought the ability to put five lengths between himself and the opposition in the space of a furlong at the end of a race that wasn’t strongly run would have been reflected in a much lower price for the 2000 Guineas than is available. Tenebrism is 8/1 for the 1000 Guineas, just behind Inspiral.

Regular readers will know Perfect Power is high up on the list of Watch And Learn’s most popular horses, and the Prix Morny winner followed up in what looked no more than average running of the Middle Park in a timefigure of 107, upgraded to 111 after sectionals are incorporated.

A winning margin of half a length with barely a length covering the next quintet home suggests there wasn’t a lot between the runners on the day, but once again Perfect Power looked a fair bit superior to all except the runner-up Castle Star (who had to wait for a run after going well then found trouble) after being pulled widest of all having been held up and set a fair bit to do as normal. Even so, I would find it hard to argue that he advanced his credentials much for either next year’s Commonwealth Cup or 2000 Guineas, and cutting his Guineas odds to 8/1 for a race no Middle Park winner has won since 1991 - when the Middle Park was a far more prestigious race than it is now – seems to me something of an overreaction.

On the clock the best performance of the three other two-year-old Group races at the Cambridgeshire meeting came in the Royal Lodge Stakes in which the Acomb winner Royal Patronage followed up his surprise York win by battling back after being headed at halfway to edge out the joint favourite Coroebus and win by a neck in 102.

Should the pair meet again, though, I’d expect Coroebus to come out on top fairly comfortably, which he looked like doing here in all fairness after running the fourth, fifth, sixth and seventh furlongs faster than the winner according to Course Track only to crumble on the climb to the line as those efforts told.

The preceding day’s Unibet Rockfel Stakes was won by the seemingly-exposed Hello You in a timefigure of 101, but the remnants of a tailwind (not so strong as the day before when Benbatl blew away the nine-furlong course record) meant speedier types held sway over the type of filly the race was designed to attract.

The opening day’s Tattersall Stakes went to Modern Games in a lowly 79 timefigure that also produced a low upgrade, so looks insignificant pattern-race form and won’t have provided any comfort either for those Perfect Power Guineas backers with the Morny runner-up Trident put in his place in second.

It was good to catch up with my long-time friend and former Timeform colleague James Willoughby at the recent Timeform Golf Day at Bradford Golf Club and we had plenty to talk as we crafted our way round to respectable scores in the final four-ball on a very wet day.

One of the topics that cropped up was the recent announcement by the BHA that they would be making some small changes to their handicapping policy over jumps in view of the recent Irish trained domination of the major Festivals in Britain, changes which it seems to me don’t appear to go anywhere near far enough.

If any more proof were needed of that, it was all there in Railway Muice’s Market Rasen demolition last weekend of nine rivals who had mostly been plying their trade in the house of cards that is summer jumps racing in Britain on his first start since coming over from Ireland earlier this month.

If that runaway win - from an ordinary handicapper who had won in Ireland three weeks ago and was having his ninth start since May - doesn’t send a warning shot across the bows of the BHA that their cross-channel handicapping processes over jumps needs urgent reform, then nothing will.