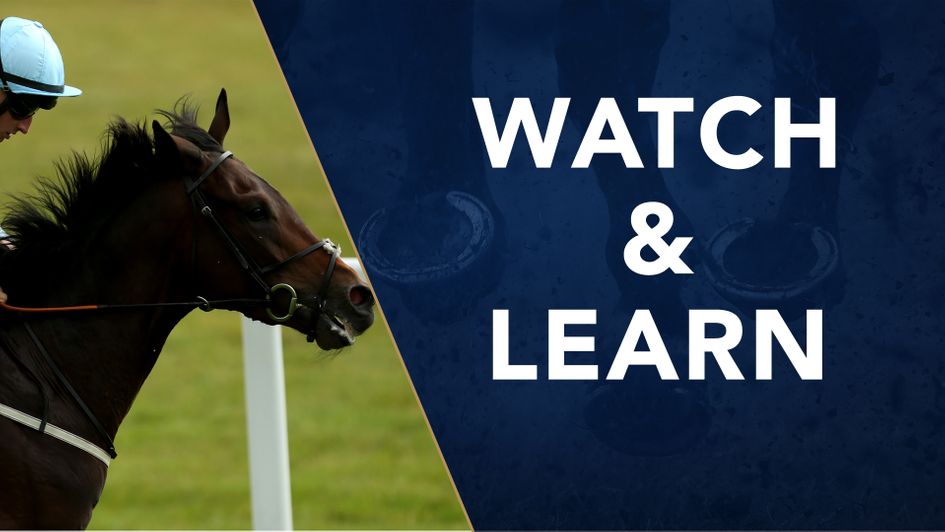 Graeme North looks at what the clock tells us about the feature action from Newbury and Ayr over the weekend with Zechariah making a big impression.

Ever since I first got interested in racing Newbury’s September two-day meeting has remained one of my favourite Flat meetings of the year, and few races outside the pattern system have such a rich heritage as the race I used to love following, the Haynes, Hanson and Clark Stakes, which was run for the 43rd time (and the 41st under the present sponsorship) at Newbury on Friday.

The current sponsors were presumably alerted to the advantage of lending their name to a uniquely evolving race when the first two editions (run as the Kris Plate) were won by the subsequent Derby winners Henbit and Shergar, since when Rainbow Quest, Unfuwain, King’s Theatre and Nayef have figured on the roster of winners while Shahrastani, Authorized and Snurge were among those who were placed.

The race has lost some of its pull in recent years as alternatives have become commonplace, but the Great Voltigeur winner Yibir won it last year so the latest winner Zechariah still has a fair bit to live up to.

From a timefigure perspective, he can be looked upon kindly. In winning by two and a quarter lengths, he recorded a 95, but once the upgrades associated with the sectionals Timeform recorded from four furlongs out are added in, he can be considered to be worth upwards of 110.

That sort of figure would make him very competitive in this weekend’s Royal Lodge, for example, but with several entries on the horizon, Zechariah will no doubt be given his chance in pattern company before the season is out.

With the longer term in mind, which was why this race was instigated all those years ago, the more interesting runner is the second horse Westover, a son of Frankel who was held up racing freely a long way off the front-running Zechariah but made good headway to chase the winner before finding him too experienced and better placed.

Timeform’s upgrades suggest that Westover would have given Zechariah a close race without quite reversing the placings had he been kept in closer touch and, easily the paddock pick beforehand, he has the makings of a smart middle-distance three-year-old.

It was interesting to hear his rider Rob Hornby say before the race he’d never taken so long to pull up a horse after the line as he had Westover at Sandown on his debut and that promise will surely manifest itself another day.

Earlier in the day Hornby had won the opening two-year-old race for Westover’s connections with Deodar, but promising though the gelded son of Bated Breath might be better long-term prospects looked to be on show on the second day of the meeting where Dubai Poet and Koy Koy won their respective divisions of the seven-furlong Sir David Sieff novice by wide margins in timefigures of 97 and 87 respectively.

There is less between them than those figures indicate as Koy Koy had previously run a 92 at Ascot (a figure that could easily have been higher but the straight-course timefigures that day at Ascot needed I felt to be treated cautiously) behind Saga who had previously been second to Coroebus who may well end up going off favourite for the aforementioned Royal Lodge. I’d expect to see at least one of Dubai Poet or Koy Koy in Listed or Pattern company next time out.

There were three Dubai Duty Free sponsored Group races at Newbury on Saturday, but in all honesty, there was little to get excited on the clock. The ‘feature’ race, the Dubai Duty Free Mill Reef Stakes, contained a number of horses who’d already tried and failed in Group company and it was one of that bunch, Wings Of War, second in the Sirenia at Kempton last time who prevailed at the expense of Sirenia third Hierarchy.

A winning timefigure of 78 (the third-lowest this century, with a minimal upgrade) is way off the level achieved by recent winners Ribchester and Harry Angel, however, and much as I took to him in the preliminaries, this looks fairly insignificant form for the level.

Hurricane Ivor, who got a good mention in this column last week as one bound for pattern races, made the transition much earlier if no less impressively than expected in the five-furlong World Trophy Stakes. The Portland winner didn’t need to improve on his Doncaster form (when he’d posted a 116 timefigure) to land a tactical affair in a lowly 101, but the manner in which he cut down his rivals late on was taking and there was nothing in his performance to think he won’t a top-grade sprinter next year.

The other Group race, the Legacy Cup, went to the five-year-old Solid Stone in a timefigure of just 56.

Pride of place among the timefigures at the two-day meeting went to the filly Silent Escape who won the Listed Dubai Duty Free Cup in a timefigure of 110. Successful now on four of her five starts, Silent Escape demonstrated once again Saeed Bin Suroor’s talents with late-developing horses and she’ll surely be winning pattern races soon.

The Western Meeting at Ayr remains the biggest draw in Scottish Flat racing even if for all its fanfare it stages only one pattern event, the Group 3 Virgin Bet Firth Of Clyde Fillies’ Stakes. The latest running was won by Nazanin who defeated a larger-than-usual field to provide Archie Watson with his second pattern winner of the year. That said, only two of the runners had recorded a pre-race Timeform rating of 95 or higher, so it wasn’t a strong renewal despite the numbers and a winning timefigure of 88 rather underlines the ordinariness of it all having finished out of the places in the Lowther and Princess Margaret on her previous two starts.

All the same, her victory was an appropriate one as her dam is a half-sister to the Ayr Gold Cup winner Brando whose stable landed the big handicap for the fifth time (and the first since Brando) the following day with Bielsa in a career-best timefigure of 112, 4lb less than Brando recorded back in 2016. I rather doubt that Bielsa is anything other than a high-end handicapper, but runner-up Great Ambassador (who was meeting Bielsa on terms 11lb worse than when three places ahead of him in the Stewards’ Cup) still has it in him to make the transition to pattern races having travelled best on the far side and shot clear of that group on his way to also recording a 112 timefigure.

Three other winners at the meeting managed to post a three-figure timefigure, the fillies Dandalla (101) and Vertiginous (100) managing the feat in Listed company and Titan Rock (101) in a handicap. Dandalla was finally back to the sort of form that saw her win the Albany and the Duchess of Cambridge Stakes last season, while Vertiginous could hardly have broken her maiden in better fashion in a time that broke the juvenile track record.

Besides the aforementioned Zechariah and Westover, the National Stakes winner Native Trail is another two-year-old who has won a Sandown maiden or novice this season before going onto better things and Godolphin unveiled another good prospect there last week in the shape of Goldspur who won the Time Test Novice over a mile by six and a half lengths.

His winning timefigure was only 56, attesting to a steadily-run half mile, but a 31lb upgrade – 10lb higher than anything else in the race according to Timeform– makes his sectional rating a much more relevant 87 and even that will underplay him as the race only really began in the last couple of furlongs.

Timeform have him running the last half mile getting on for a second and a half quicker than anything else and the sectionals available on the Racing TV website have him running the last furlong nearly a second faster than any of his rivals, quite extraordinary given the early pace. By Dubawi out of the Lancashire Oaks winner Pomology, he looks a potential top notcher.