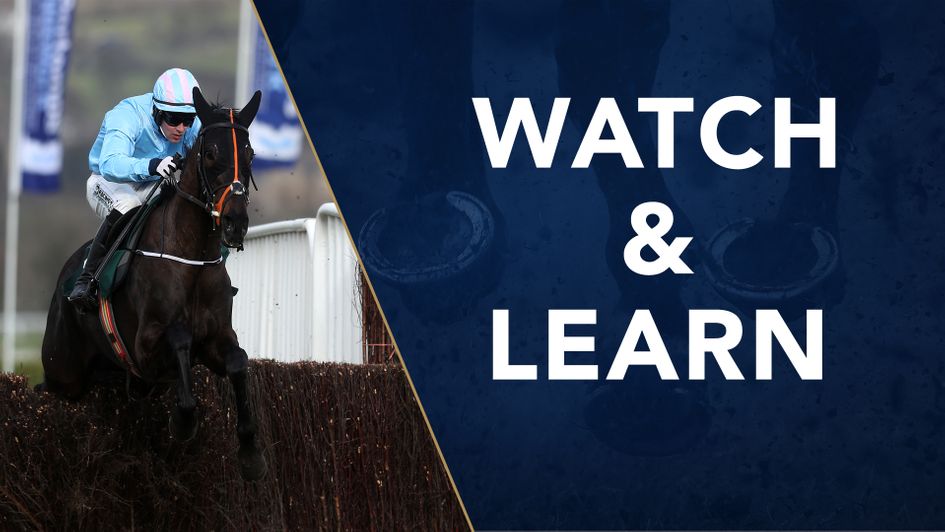 The Shunter team have another nice prospect

Graeme North looks at what the clock tells us about the feature action from Newmarket, Chepstow and Galway over the last week.

If any one weekend of the domestic season symbolizes the erosion of focus from the Flat to the Jumps, it is the one just gone where Newmarket’s two-day ‘Future Champions’ fixture stood alongside the Unibet-sponsored ‘Jumps Season Opener’ at Chepstow.

Of course, the proper Champions Day is still to come this weekend but one would expect – or at least hope – that a fixture billing itself as ‘Future Champions’ would have unearthed a host of stars in recent years.

So how exactly have the winners of the five main two-year-old races at the fixture fared since Frankel went on to confirm himself the greatest future champion ever after winning the Dewhurst in 2010 in a top-class timefigure of 125?

The answer is, thankfully, very well. Concentrating specifically at their records as three-year-olds, only those who were three-year-olds in 2019 and 2011 failed to win at least one European classic between them the following season, with those winners coming nearly equally from the fixture’s races. The Dewhurst and the Autumn Stakes have thrown up three individual Classic winners apiece, the Fillies’ Mile and Oh So Sharp Stakes two and the Zetland Stakes one.

Let’s have look at the winners this year, and see how they fit in now - and might fit in next year.

The Dewhurst, not unexpectedly, went to the favourite Native Trail who became the sixth odds-on winner of the race since Frankel, even if he ran to a level below the National Stakes last time as well as most recent Dewhurst winners. His 105 winning timefigure was more reflective of an early pace that wasn’t as strong as it might have been after the runners had elected to come stands' side than any shortcoming in his own ability.

An ordinary pace ought to translate somewhere further down the line into a good finishing sectional, however, and incorporating the upgrades calculated from the times Timeform took for all the runners from the three-furlong marker sees his overall timerating increasing to a statelier 114.

That’s still below the 117 timefigure he recorded in Ireland, but it paints his Dewhurst effort in a rosier light as he can be considered to be another two lengths better than the runner-up Dubawi Legend, if not the third horse Bayside Boy who sectionals suggest should have finished second but still no closer to Native Trail than he was at the line. Native Trail looks a solid if unspectacular favourite for the 2000 Guineas right now.

Those Timeform sectionals have Native Trail running the last three furlongs of the Dewhurst in a time of 34.67, which is over a second faster than Coroebus managed in the Autumn Stakes and over two seconds faster than Goldspur posted in the Zetland.

The Autumn Stakes has had something of an inconsistent history since being won by Irish Derby winner Trading Leather and the St Leger winner Kingston Hill early in the 2010s, but the French 2000 winner Persian King won the race in 2018 and 2017 winner Ghaiyyath would surely have won a Classic or two himself had he had a clear run at them.

Coroebus looks a horse who could go places. He’s a different type to his stablemate Native Trail, inclined to travel much more kindly and perhaps for longer on the bridle, and looked a much better horse here held on to for longer than in the Royal Lodge, stone last three furlongs out but comfortably in front heading into the final furlong.

A timefigure of 94 is fairly ordinary on the face it with the race taking place down the centre as opposed to the rail, but that heads into three figures once his sectional upgrade is incorporated and he looks the sort to relish a very strongly-run race. 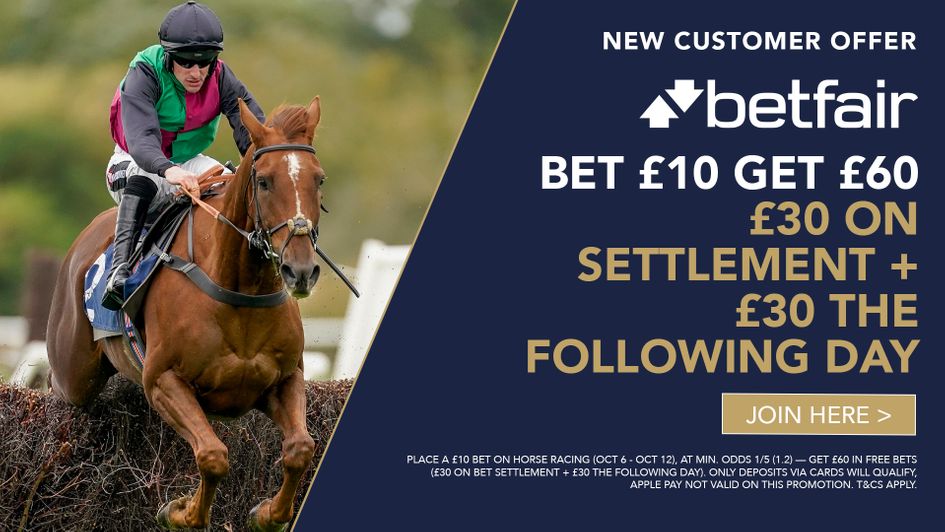 The Charlie Appleby – Godolphin combination were also responsible for Goldspur, who followed up his runaway Sandown win in contrasting fashion, rallying after being headed to edge out two more experienced rivals on much quicker ground than he faced at Sandown in a timefigure of 99, upgraded to 104 after sectionals are incorporated.

That’s a fair way off Classic winning standard, but Kew Gardens managed the leap in the 2017 St Leger and the last horse to win the Zetland on the back of just one previous run was Coronet, also by Dubawi, who went on to win the Ribblesdale as a three-year-old and developed into a top-class middle-distance mare at four. Goldspur too will relish a mile and a half.

Of the two races for fillies the previous day, the Fillies’ Mile has proven a better Classic guide than the Oh So Sharp Stakes and it looks like that will be the case again this year with the Oh So Sharp winner Fast Track slightly fortunate to get the better of runner-up Allayaali who was caught a bit far back, whereas Inspiral stretched her unbeaten run to five with her best performance yet.

A timefigure of 107 is 10lb less than the 1000 Guineas and Oaks winner Minding managed in 2015, but is second only to Tenebrism’s 114 in the Cheveley Park this year and is upgraded to 109 after sectionals are included. She looked to race well within herself in the last furlong once the race was won, and almost certainly has more to offer.

Staying with the juveniles, there were a couple of interesting newcomer events on the same card at Saint-Cloud last week confined to either colts or fillies. I remarked last week how the French-trained juveniles are struggling to stay competitive in some of their own Group races, with average performance levels having dropped some 4lb in the last five years, but both Tumbler, a son of Kingman who won the colts' race, and Life In Motion, looked useful.

Tumbler’s 10-length win earned him a Timeform performance rating of 93, but his finishing splits could see that figure becoming 107 or thereabouts. Life In Motion, a daughter of Sea The Stars who scored by five lengths in a form rating of 90, is potentially a 100 filly taking her splits into account.

‘Jump Season Opener’ doesn’t have quite the same ring as ‘Future Champions’ and for all the fixture was given the full treatment by Sky Sports Racing, banging in the winners at this meeting is no guarantee of success when Cheltenham comes around as Paul Nicholls can testify only too well, having scored with eight of his f15 runners last year only to draw a blank - for the first time since 2002 – at the Festival.

If there was a Cheltenham horse on show at the meeting it was probably Tea Clipper, who won the novice chase in a 145 timefigure despite finding things happening a bit too quickly on unseasonably fast ground at a trip slightly short of what will prove ideal.

He’s been given a rating of 149 by the BHA for that, 3lb less than the harsh-looking new rating given Paint The Dream who ran the last two and a half furlongs barely any faster despite a much more modest earlier pace in a race that showcased how poorly treated or unready some of the horses behind him were.

Bravemansgame made a satisfactory start to his chasing career at Newton Abbot the following day, certainly, but he had a bit of a ‘gimme’ out in front as Dan Skelton might say, allowed a very easy lead that resulted in a modest 96 timefigure. 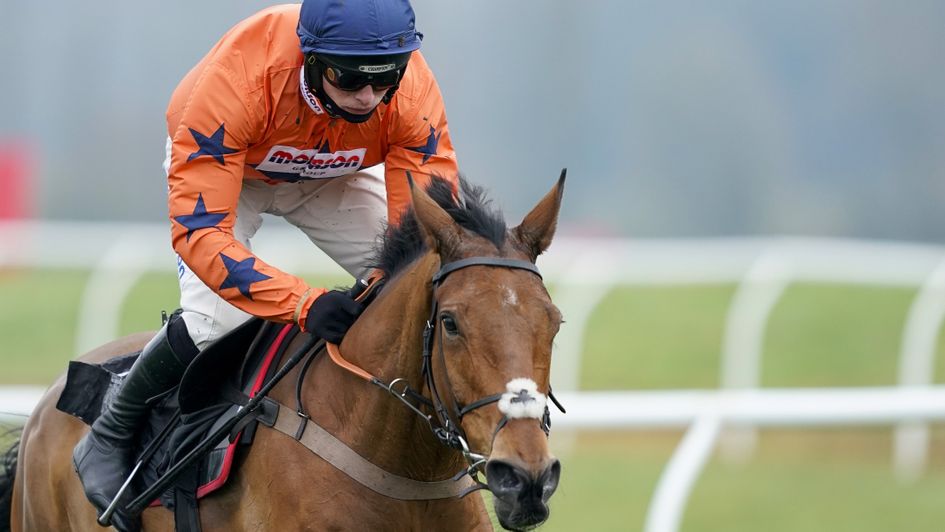 Noble a top prospect for The Shunter team

He’ll undoubtedly win a few more novice chases, but so too will Noble Yeats who for me put up the most taking performance last week with the spring Festivals in mind.

Trained in Ireland - where nearly all the Cheltenham Festival winners are these days lest anyone forget – Noble Yeats won a deep beginners chase at Galway with a strong staying performance.

Last seen seven months earlier dishing out a thumping to Mr Josiey Wales (who’d beaten Harry Fry’s Boothill in his Irish point) in a hurdle at Navan over two and three quarter miles, Noble Yeats’ comeback win over half a mile shorter in a 130 timefigure bodes very well for the season ahead.

Despite the race being run at a significantly stronger pace than the following handicap over the same trip won by Bridge Native (officially rated 135) Noble Yeats still managed to run the long distance from the last fence to the winning line over two seconds faster.

There’s room for improvement in his jumping, but the same can be said about most novices, and he looks a top prospect for the same connections that scored at Cheltenham last year with The Shunter.