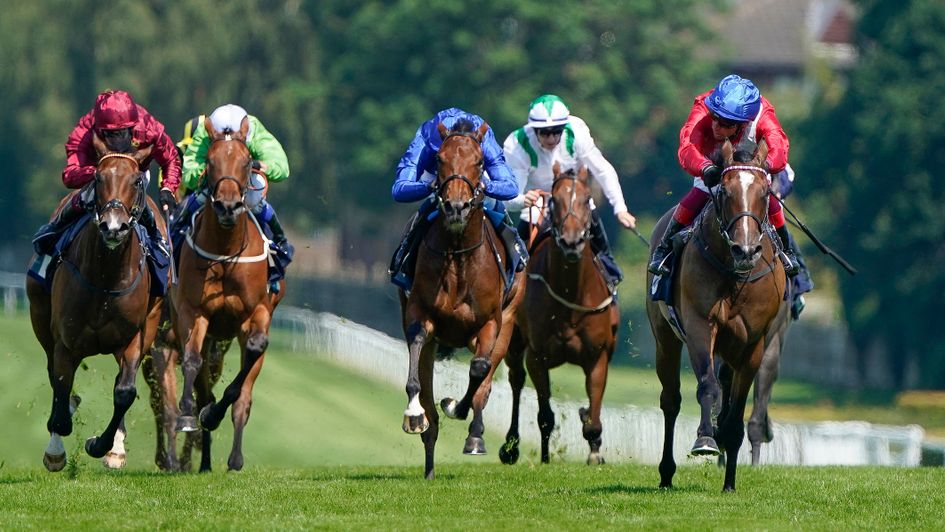 Owned and bred by Cheveley Park Stud, the daughter of Frankel had made a big impression when making a winning start to her career on Newmarket’s July Course last month and was the even-money favourite stepping up to Listed class at Sandown.

Deliberately dropped out last by Frankie Dettori, John and Thady Gosden’s filly looked green once angled wide at the top of the home straight, but it is testament to her latent ability that she made swift progress to move to within striking distance of the leaders.

Once asked to fully extend, Inspiral soon kicked clear and was ultimately good value for the winning margin of three and a half lengths.

The hat-trick seeking Wild Beauty filled the runner-up spot, with the winner’s stablemate Sunstrike just a neck further behind in third.

“She’s always been a classy filly. Her mother (Starscope) was with us and she had a lot of ability – and we know all about the father,” John Gosden told Racing TV.

“She’d done normal work at home on the bridle and won very nicely (at Newmarket). We thought this was the race to come for straight away – a Listed race with level weights, rather than giving away 7lb in a novice.

“They went pretty strong up front. Frankie was out the back and thought ‘I better get a move on’. He came round them and then as he said, he hit the front far too soon. She’s never been in front like that before, so she’s done well.

“She’d shown a lot of ability and I thought she’d enjoy the track here. She’ll have no problem getting a mile.”

Considering future targets, the trainer added: “The May Hill at Doncaster would be an obvious place to go with her. That gives her five to six weeks between races and she has a big frame, so she doesn’t want over-racing this year.”

Paddy Power made Inspiral a 33/1 shot for next year’s 1000 Guineas immediately after the race, but soon trimmed her odds for the Rowley Mile Classic to 16/1.