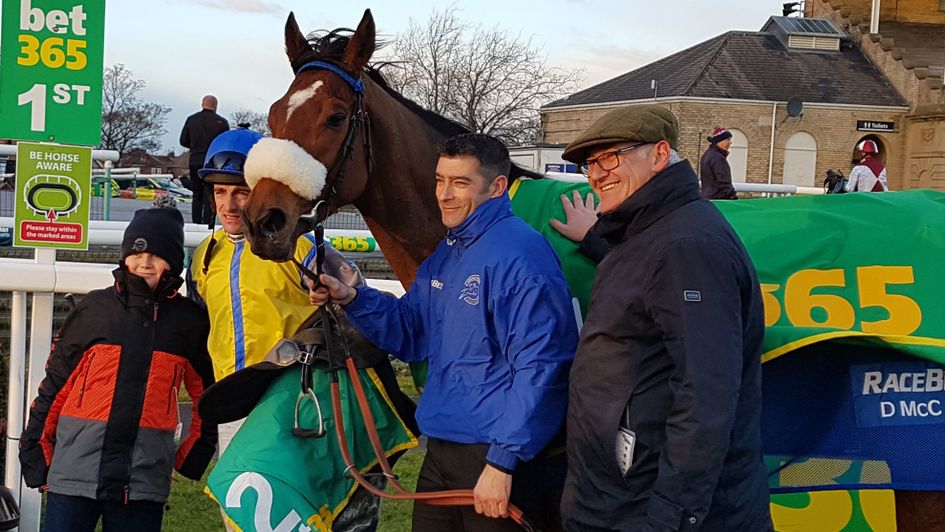 A familiar spot for Brian Hughes - the winners' enclosure

Several horses caught Mark Howard's eye over the last week while he's raising a glass to a northern jockey laying down a serious title challenge.

What a difference a week makes. On the brink of Cheltenham’s December meeting, Nigel Twiston-Davies was cursing his luck after Riders Onthestorm was denied the opportunity to run in the Caspian Caviar Gold Cup due to a clerical error. However, his connections' despondency was short lived as the six year old gained ample compensation in a Graduation chase at Ascot on Saturday and now looks one of the home team’s leading contenders for the Ryanair Chase at the Festival in March.

And what a bargain the Scorpion gelding is proving, too, winning both his starts since joining the Naunton outfit. A faller at last season’s Cheltenham Festival, he was acquired for £50,000 a couple of months later and the rest is history.

From the family of Gold Cup winner War of Attrition, he was a comfortable winner at Aintree in November on his first start for his new connections and was subsequently raised thirteen pounds to a mark of 153. He produced an even more dominate display at the weekend trouncing On The Blind Side by seven lengths. Twiston-Davies suggested afterwards that the lightly raced chaser could return to the same track in February for the Grade 1 Ascot Chase.

With very few miles on the clock and age on his side, he looks a horse with a big future. Paisley Park was supposed to be the headline act on Saturday’s card but, in Riders Onthestorm, Nigel Twiston-Davies may have another Grade 1 chaser on his hands. 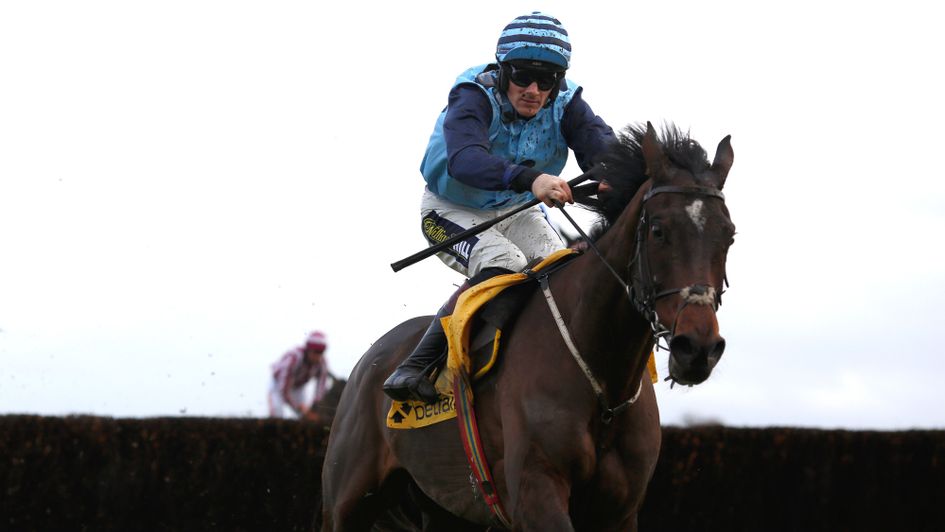 Riders Onthe Storm on his way to Ascot success

Talking of future stars, The Big Breakaway looked exactly that when making it two wins from as many starts over timber at Newbury on Wednesday. The Getaway gelding had shown signs of greenness on his Rules debut at Chepstow last month but it didn’t prevent him from scoring by eight lengths. Forced to shoulder a penalty at the Berkshire track, it proved no burden as he readily brushed aside the Jonjo O’Neill trained Papa Tango Charlie. Indeed, the first two home both learned their trade in Irish points and were sold for €360,000 and £440,000 respectively.

Colin Tizzard’s winner may head to Cheltenham’s Trials meeting towards the end of next month and contest the Grade 2 novices’ hurdle over two and a half miles. Then, all being well, a return visit in March will be next. The further he goes, the better he looks, so it would be no surprise if he lines up in the Albert Bartlett Novices’ Hurdle at the Festival. Either way, he is a four year old with huge potential. 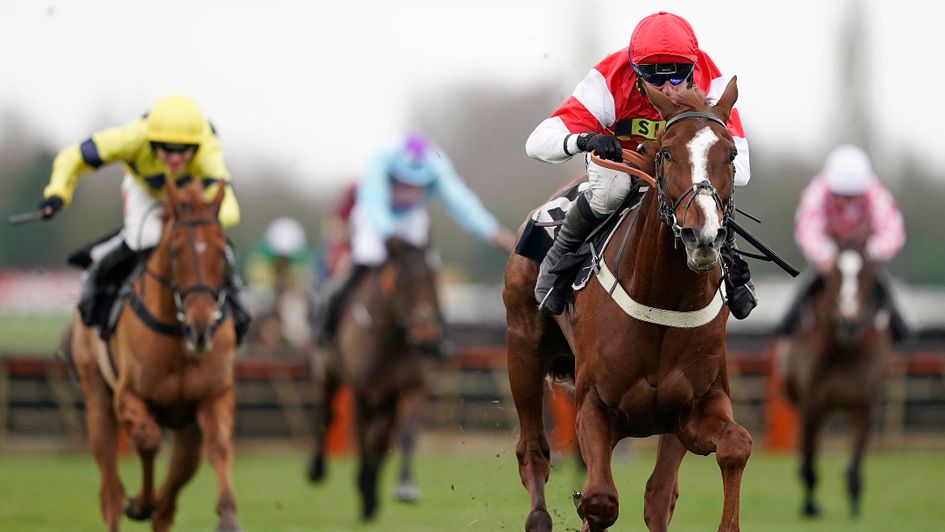 Adrimel also began life in Irish points and he was an eight lengths winner in March before being bought for a mere £280,000 the following month at Aintree to join Tom Lacey. Owner Lady Bamford spent heavily during the spring/summer also acquiring Huntingdon bumper winner Mister Coffey for £340,000 in May and is now in training with Nicky Henderson.

The former couldn’t have made a better start to his Rules career when sauntering to a twenty six lengths victory in the concluding bumper at Uttoxeter on Friday. Ploughing through the mud, Richard Johnson’s mount powered away inside the final couple of furlongs. Ironically, the same race was won by King Roland by twenty two lengths, a horse who began life in English points for Lacey. Unlikely to be rushed this season, Adrimel has an exciting future and is a horse to really look forward to.

Significantly, the Tirwanako gelding also held an entry in the Listed bumper at Ascot on the same day and that race was won by David Pipe for the third time in six years. Following the victories of Seven Nation Army (2013) and Eden Du Houx, the Pond House team captured the prize once more with yet another former Irish pointer Israel Champ.

Purchased for a reported king’s ransom last spring, the Milan gelding disappointed at Worcester in October but hasn’t looked back since. His win under a penalty on Friday proved his Cheltenham success last month wasn’t a fluke as he once again fended off allcomers under Tom Scudamore. The four year old had six previous winners in behind, including the unbeaten Soaring Glory, displaying a willing attitude in atrocious conditions. He will presumably be rested up now until the Festival bumper in March, a race his trainer won in 2015 with the now retired Moon Racer. Israel Champ could be one of the smartest horses to have resided at Pond House for sometime.

Venetia Williams traditionally engages top gear during mid winter and this season has been no different with John Edwards’ former assistant training winners like it’s going out of fashion during December. With 15 successes already notched up this month, at a strike-rate of 39%, things couldn’t be going much better for the Grand National winning handler.

Two of those winners came at Ludlow on Thursday, including Roll Again who was scoring on only his second start for the yard. Purchased out of Willie Mullins’ stable for £48,000 at the Doncaster Spring Sale – the same sale as Riders Onthestorm – he only finished fourth at Market Rasen last month but was a different proposition at the Shropshire track. Making all, the winning margin of three lengths grossly flattered the runner-up making a mockery of his rating of 129 in the process.

Typically, he has been given entries at Kempton on Thursday and Chepstow the following afternoon to run under a penalty before being reassessed. Only five, the Walk In The Park gelding ought to win plenty more races.

Since the start of play on Sunday 15th December, Brian Hughes has had 15 rides producing 9 winners bringing up the century in the process.

Following his four timer at Carlisle the previous weekend, the Irishman repeated the trick at Newcastle on Saturday with a never say die ride aboard the Peter Atkinson trained Reverant Cust at Catterick in between. As we enter the second half of the season, the jockeys’ title is very much up for grabs with Hughes getting no shortage of support on his home patch from the likes of Donald McCain, Nicky Richards and Keith Dalgleish.

Two in front of Richard Johnson, who could have envisaged anybody else leading the way at Christmas other than the reigning champion? As we sit down to our Christmas dinner on Wednesday, I think we can be safe in the knowledge that Richard Johnson is in for a much tougher battle in the months ahead than Boris Johnson was in the General Election. 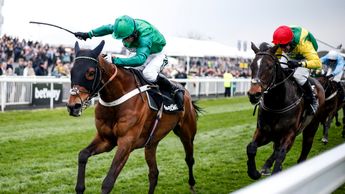 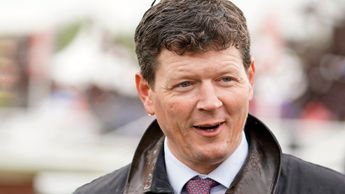 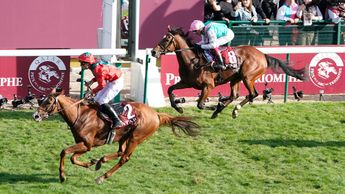 Enable, Crystal Ocean and Waldgeist have been jointly named as the top-rated horses in the world for 2019.

Enable, Crystal Ocean and Waldgeist have been jointly named as the top-rated horses in the world for 2019.