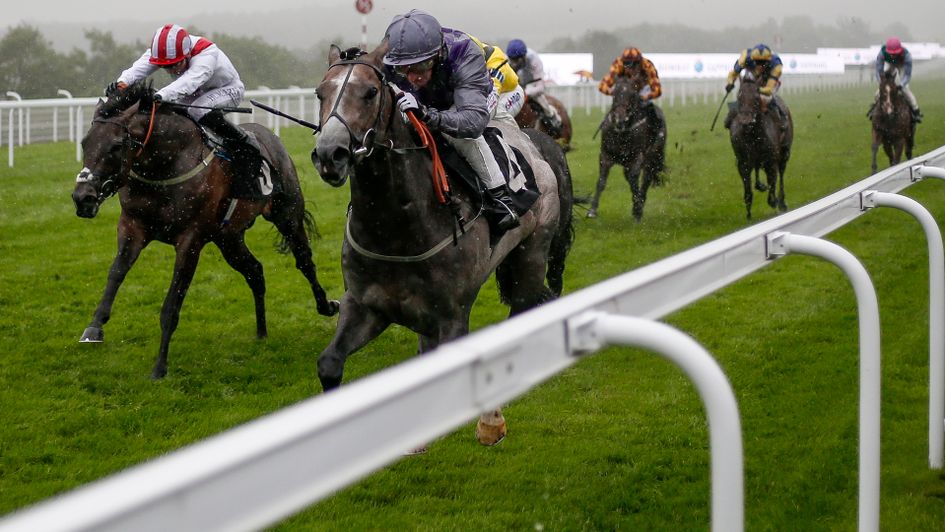 Molecomb winner Havana Grey has made a flying start

John Ingles uses Timeform ratings to see how the sires with their first runners this season are shaping up.

With around three months of two-year-old races completed, now is a good time to take stock of the current standings among the first-season sires in Britain and Ireland.

By the traditional measures of sire performance, it’s pretty evident that there’s a clear leader in the first-season sire race at this fairly early stage. Havana Grey always looked a good bet to be one of the fastest out of the blocks. A four-time winner over five furlongs at two himself, when his biggest win came in the Molecomb Stakes, he was virtually guaranteed to get plenty of similarly speedy early types and, with more individual runners (49) than any other first-season sire, he’s ten clear by number of wins (21) and just over £100,000 ahead by prize money.

With more opportunities in the two-year-old programme from now on over longer trips and for later developers, it remains to be seen whether Havana Grey can maintain his clear lead. His closest pursuer, both by number of wins (11) and prize money, is Norfolk and Phoenix Stakes winner Sioux Nation. Favourite to be leading first-season sire when the season started, Sioux Nation has made a good start and, while relative to all bar Havana Grey among the other first-season sires he has already had plenty of runners (31), as the busiest of the current crop of first-season sires, he will have a lot more ammunition to fire as as the season progresses.

Tasleet and Expert Eye are two others who have made bright starts. Battaash’s relative Tasleet, whose first crop was produced at a fee of just £6,000, is the other first-season sire, behind Havana Grey and Sioux Nation, whose British and Irish earnings have hit six figures. He has had six wins so far, two behind Breeders’ Cup Mile winner Expert Eye.

But rather than concentrate on prize money and number of wins, we’ll focus instead on using Timeform ratings to compare how the first-season sires have performed so far. These are the sires who have had more than ten individual runners in Britain and Ireland so far, along with the average rating of their ten highest-rated horses and, in brackets, the name and rating of their highest-rated horse.

Helped by having six horses rated 90+, Havana Grey heads this list too with the Queen Mary runner-up Maylandsea his best runner to date, while Windsor Castle Stakes third Eddie’s Boy (96) was another who ran well at Royal Ascot. Super Sprint entry Tagline (96p) looks one of Havana Grey’s best prospects after her third place in last Saturday’s Listed Empress Fillies’ Stakes at Newmarket.

Sioux Nation isn’t far behind Havana Grey in terms of strength in depth with five horses rated 90+. They are headed by Brave Nation who finished fourth in the Norfolk Stakes on just his second start despite being badly hampered in the closing stages. Matilda Picotte (96), third in Sunday’s Airlie Stud Stakes at the Curragh, has also shown useful form, while the Albany Stakes fifth Sydneyarms Chelsea (92p) shaped well at Ascot and looks the type to do better still.

Although yet to come up with a horse as good as most of the other first-season sires, the overall quality of Expert Eye’s runners is still enough to put him third in the list. Cathy Come Home (88) didn’t have the best of draws when eighth in the Albany Stakes, while his other leading filly Palm Lily, a cosy winner of a maiden at Kempton, was a 290,000 yearling purchase by Juddmonte. The same team’s homebred colt Tiverton (86p) made a promising debut when second in a maiden at the Curragh at the weekend.

Mill Reef Stakes winner Kessaar has had five individual winners, with his pair for Roger Varian both achieving ratings in the 90s. Tajalla has had a setback since his ready debut success at the Craven meeting, though Bolt Action (95p) acquitted himself well when sixth in the Windsor Castle Stakes after he too won well in good style on his debut at Leicester.

On the face of it top-class sprinter Harry Angel has made a slower start than expected with only two winners on the board from 22 runners. They include his Navan winner Harry Time who travelled as well as any and led briefly before finishing eighth in the Coventry Stakes. However, his position in the above list paints a more encouraging picture and Harry Angel's highest-rated horse is the French-trained Vicious Harry (95) who was narrowly beaten in a Listed race at Chantilly last time.

U S Navy Flag has had fewer runners than Coolmore studmate Sioux Nation but can boast a higher-rated horse in Love Reigns, fourth in the Queen Mary for Wesley Ward after a wide-margin debut success at Keeneland. On the other hand, U S Navy Flag’s British- and Irish-trained runners have yet to reach the same level.

Tasleet fares less well in this list, largely because he has one stand-out representative, though his two daughters who contested the Queen Mary, Carmela (88p) and Omniqueen (83p), both remain open to improvement. Much his best horse though is his Coventry Stakes winner Bradsell, a wide-margin debut winner at York, who had cost only 12,000 guineas as a yearling before selling for £47,000 at the breeze-ups.

Early sprinting types were never likely to figure large in 2000 Guineas winner Saxon Warrior’s first crop so his current average rating seems sure to improve from now on. For the time being, though, his runners are headed by Newmarket maiden winner Killybegs Warrior and the Ballydoyle colt Victoria Road (86p) who was second in a maiden at the Curragh at the weekend.

While Mill Reef and Greenham Stakes winner James Garfield‘s overall rating puts him bottom of the list, he has a couple of stand-out fillies among his runners. Maria Branwell followed her win in the Listed National Stakes at Sandown with a good third in the Queen Mary, while Lady Bullet (90), who also won her first two starts, wasn’t discredited when sixth in the Albany.

The other first-season sire to have made his mark is US triple crown winner Justify who looks set to have a small but select number of runners in Europe. His three runners to date in Ireland include Statuette (105p), a close relative to last season’s Cheveley Park Stakes winner Tenebrism, who took her record to two out of two when winning the Group 2 Airlie Stud Stakes at the Curragh on Sunday. She has plenty of scope for further progress.