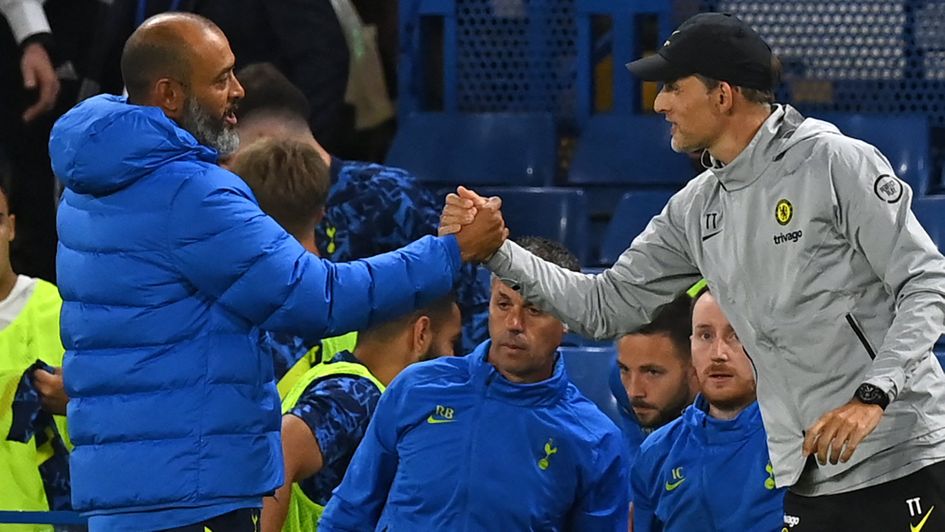 Why Tottenham could really struggle against Chelsea on Super Sunday

Tottenham Hotspur’s first derby of the season could not have come at a worse time.

Nuno Espirito Santo’s 100% start was undermined significantly last weekend in a 3-0 defeat to Crystal Palace that was as bad as anything we saw under Jose Mourinho - and bad enough to retrospectively edit our views of just how good those first three wins really were.

On closer inspection, Spurs got a bit lucky at times and didn’t look particularly fluid in any of them.

Nuno has a big job on his hands.

By contrast things are running smoothly for European champions Chelsea, widely tipped to challenge for the Premier League title this season and looking impressive against Aston Villa precisely because they weren’t impressive.

They had an off day, truth be told, but still comfortably dispatched of Dean Smith’s side thanks to ruthlessness in front of goal.

That, as they say, is the mark of champions. 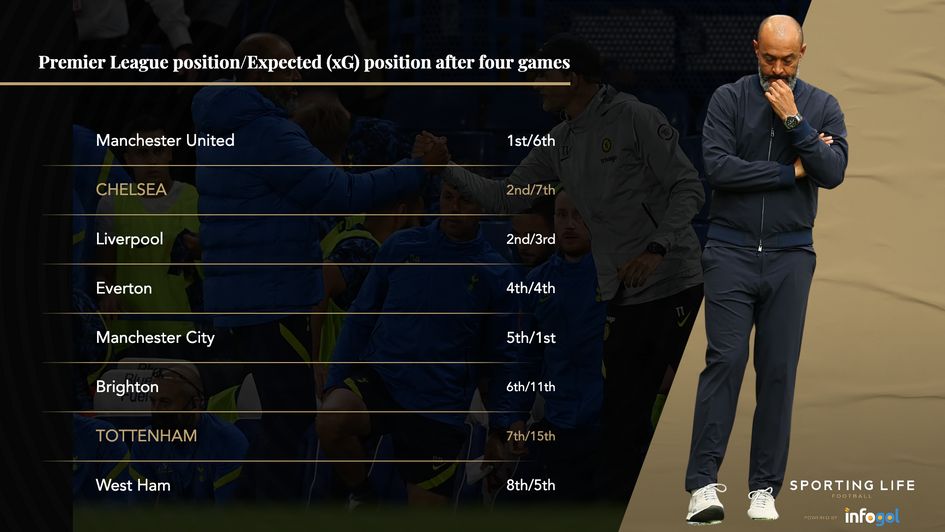 Spurs’ template for Man City to be redeployed

Nuno’s preference for playing reactive, counter-attacking football could give Spurs an advantage in ‘Big Six’ encounters this season, as they showed in their opening day victory over Manchester City.

The key to their 1-0 win was the use of a very narrow 4-3-3 in which Heung-Min Son, Lucas Moura, and Stephen Bergwijn stayed close together and high up the pitch. This allowed them to counter-attack quickly together, dribbling through the lines to take advantage of Man City’s high starting positions, but it also blocked the visitors from passing through midfield.

This is crucial to Sunday’s game, because Chelsea’s numerical advantage in a 3-4-2-1 (they use the inside forwards to create a box-shape midfield) could overwhelm Spurs. The hosts’ capacity to cut off the easy passes through the middle, forcing Chelsea wide from a hunched position in their own half, may be able to slow the game down and stunt Thomas Tuchel’s players.

Spurs will also be encouraged by the way Villa got in behind Chelsea’s defence as Danny Ings and Ollie Watkins caused problems.

But Tuchel’s use of advanced wing-backs creates a very different threat to that posed by the champions, whose use of free eights means they always want to be progressing the ball centrally. In short, if Tottenham are once again in an unusually narrow 4-3-3 - in which the forwards do not drop back into the midfield line - then Reece James and Marcus Alonso could overwhelm them.

Bergwijn, Lucas, and Dele Alli have shown little interest in tracking back in wide areas so far under Nuno. Instead, the full-backs have been tasked with keeping things tight on their own (with mixed results), and following Japhet Tanganga’s suspension Tottenham appear particularly weak in this position.

Emerson Royal was turned inside out by Wilfried Zaha on a disastrous debut and Nuno has little choice but to play him again.

Chelsea’s ability to draw the play inwards with those dual number tens, then release an unmarked wing-back on the overlap, was best evidenced in their 2-0 win against Arsenal in August. Reece James scored and assisted by piercing into the penalty area down the right flank, operating on the outside of Kieran Tierney as Arsenal became hopelessly overwhelmed.

It is easy to imagine that happening to Tottenham, only this time on the other side of the pitch. Alonso loves to get forward and appears reborn under Tuchel, so if Lucas is instructed to stay high alongside Harry Kane then poor Emerson will have too much to do.

Tottenham's midfield is not working

Tottenham are struggling to progress the ball through the lines, the structure of their possession under Nuno looking very disjointed so far.

The Palace defeat was the nadir (and largely the result of Nuno’s strangely lopsided 4-3-3, in which Dele vacated the left wing entirely to leave Spurs without the necessary width) but the issue has been present in all four league games. 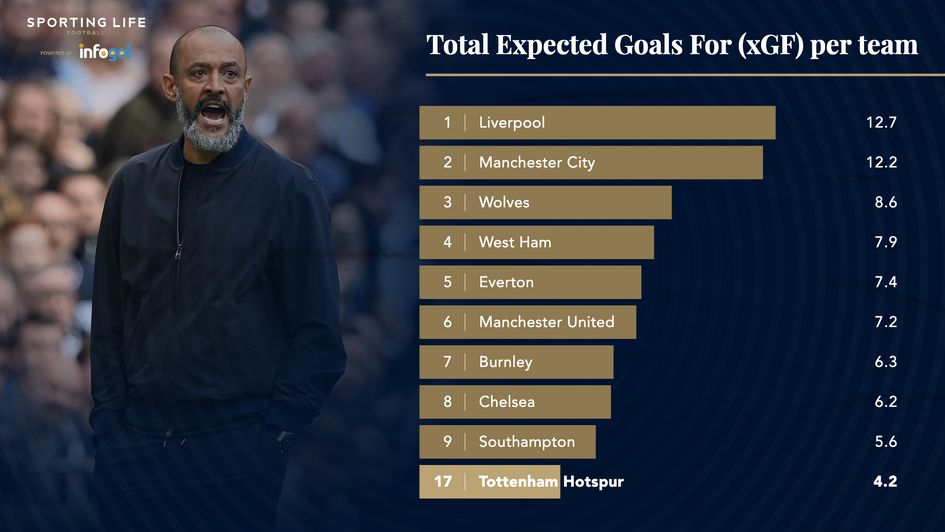 Spurs rank bottom of the league for progressive passes (48.39 per match). Their pass construction is very poor with stodgy players like Pierre-Emil Hojbjerg and Harry Winks expected to be the driving force in midfield, while Nuno’s lack of detailed possession coaching means there are no set rhythms to their interplay.

A 'progressive pass' is a forward pass at least 30m in length when the pass starts in a team's own half, or at least 10m in length in an opponent's half.

Giovanni Lo Celso and Tanguy Ndombele need to be brought into the side. This is a problem on Sunday for two reasons.

First, Son’s continued absence and Kane’s sluggish movement so far this season severely reduces Tottenham’s ability to counter-attack quickly. They will need to slow the game down at times and build carefully through the pitch, something they have failed to do under the new manager.

Chelsea will not press furiously, instead regrouping into a midblock and - aside from immediately after the ball is lost in the final third - will only engage Spurs in their own half. This conservatism began as a short-term fix in the Champions League but Tuchel has stuck with it, meaning Tottenham’s defenders will have time on the ball to look up and start building an attack.

Palace’s aggressive pressing in the middle of the pitch was key to forcing the Tottenham midfielders into poor, sideways passing last weekend and in terms of shape and depth Chelsea will be surprisingly similar to Patrick Vieira’s team. When you add in the fact Chelsea have four in midfield compared to Spurs’ three, it really doesn’t look good for the hosts.

And for all this analysis we haven’t even mentioned Romelu Lukaku, who will surely win his battle with a makeshift Tottenham centre-back partnership of Joe Rodon and Ben Davies. 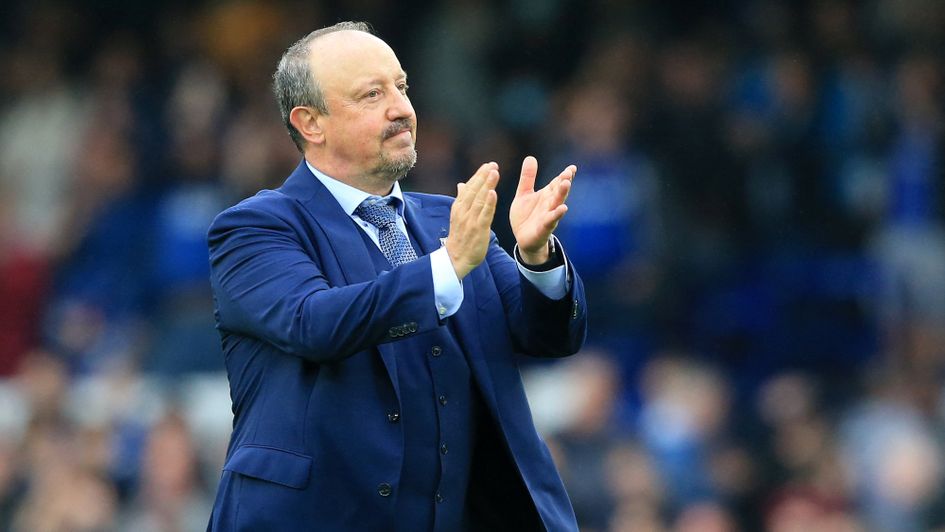