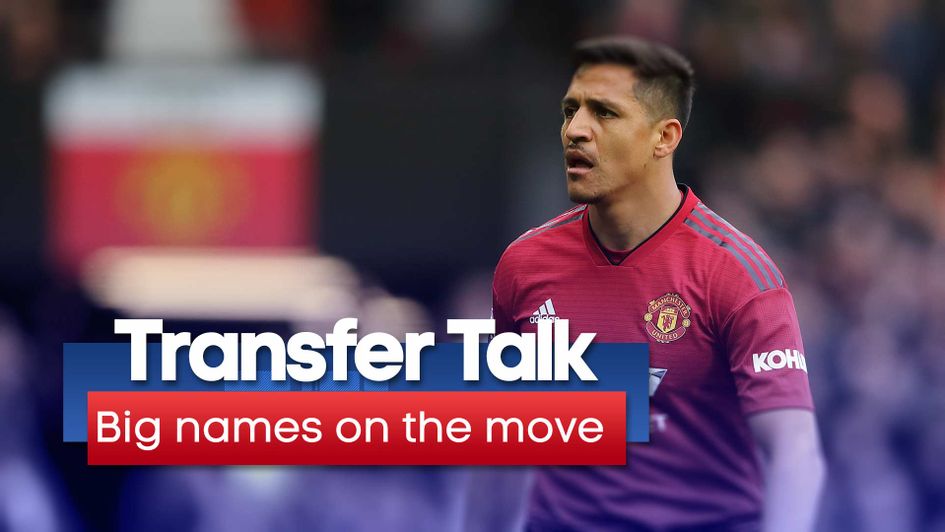 With the transfer window still open across Europe, we take a look at five deals that could still happen involving Premier League players.

The transfer window for Spain's La Liga, Italy's Serie A, Germany's Bundesliga and France's Ligue 1 closes at varying times on Monday, September 2. Meanwhile, League One, League Two and Scottish clubs can also do deals until September 2.

That means we could still see players in England move on, with their current clubs unable to replace them until January.

A number of big names are said to be on the hunt for a new destination, which could see some headline-grabbing switches ahead of September.

Here, we take a look at five of the most likely transfers to happen. 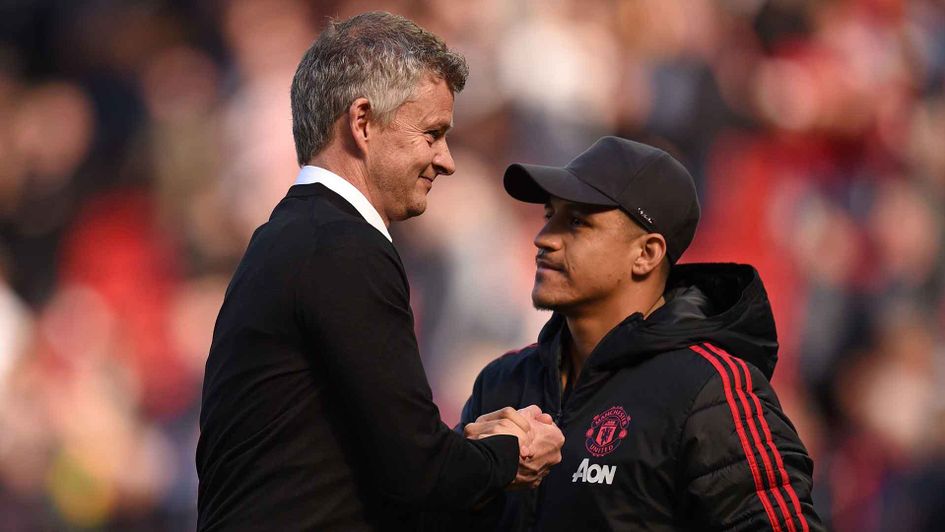 Ole Gunnar Solskjaer has admitted Alexis Sanchez could leave Manchester United in the coming weeks, with Inter Milan among the clubs showing interest in the forward.

Having failed to get anywhere near his best since joining from Arsenal in January 2018, the United manager appeared to end any talk of the Chilean leaving during Friday's press conference.

Solskjaer spoke about his belief that Sanchez would come good at United - but three days on the Norwegian opened the door to the Premier League's highest-paid player making an exit.

PA understands Inter are interested in bringing the forward to San Siro, having already completed a move for United striker Romelu Lukaku earlier in the summer.

Asked about Sanchez's future after Monday's 1-1 draw at Wolves, Solskjaer said: "Well, there's still a couple of weeks left of the transfer window and there is a chance... some clubs have shown interest in Alexis, so we'll see what happens.

"Can't update you more than that." 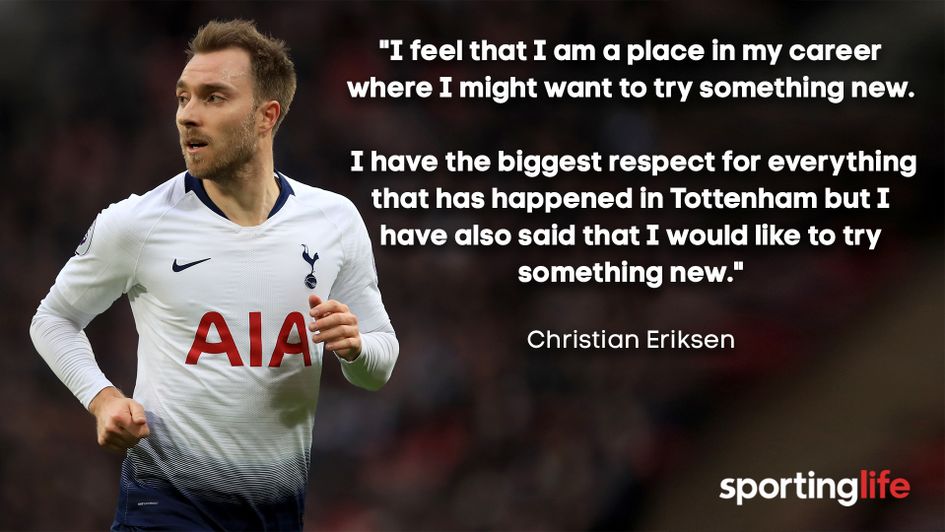 Eriksen was widely expected to join Real Madrid, then went odds-on to move to Manchester United, yet here we are with the Dane starting the new season still in a Tottenham shirt.

He showed his importance to the team by changing the game against Aston Villa in Spurs' Premier League opener, and Mauricio Pochettino can ill afford to lose such an important player.

Eriksen may still move in this window though, with his contract expiring next summer this is the last chance for Daniel Levy to get some kind of decent transfer fee for him before he is allowed to walk away as a free transfer.

Player power may decide this one, as if the only interested teams don't meet Eriksen's criteria for his next club, he may sit tight and wait until he can talk to clubs in January about a free transfer. 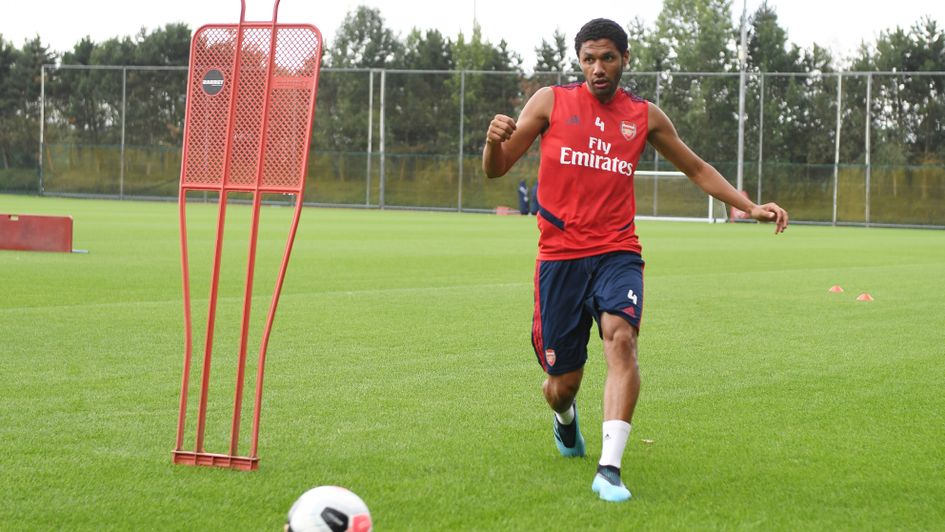 The Egyptian midfielder is down in the Arsenal midfield's pecking order and is expected to join Galatasaray, while Fenerbahce have also been interested.

The Gunners have been open to offers for Elneny since January and after a flurry of summer additions, Elneny looks likely to make way.

Granit Xhaka, Lucas Torreira, Matteo Guendouzi and now Joe Willock are all ahead of Elneny in Unai Emery's midfield preferences. 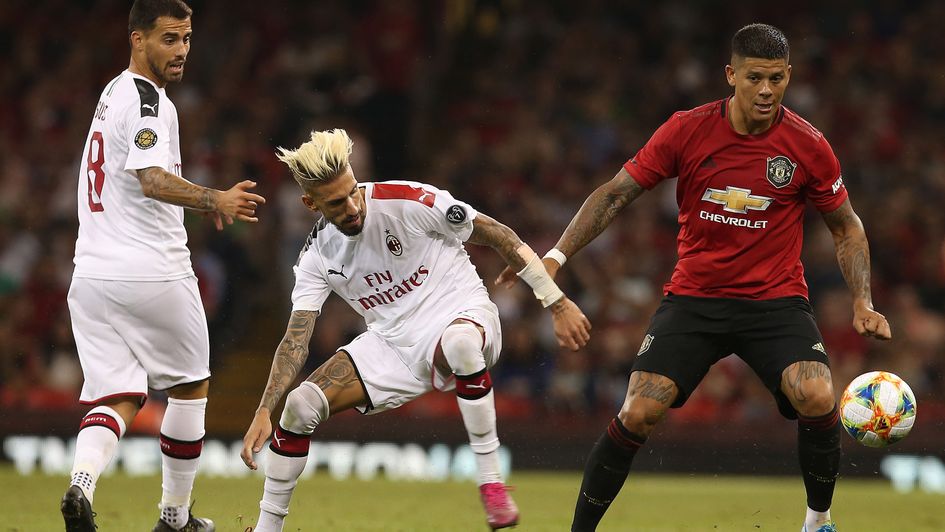 Argentinian defender Rojo looked set to join Everton on deadline day but Manchester United owners Joel and Avram Glazer pulled the plug last minute because they see the Toffees as direct rivals for the top six.

The former Sporting Lisbon star has been told he is not in the plans of Solksjaer and is free to leave Old Trafford.

United have slapped a £20million price tag on the defender, who reportedly earns £130,000-a-week, and Napoli, AC Milan, Monaco and Fenerbahce are said to be interested in signing him. 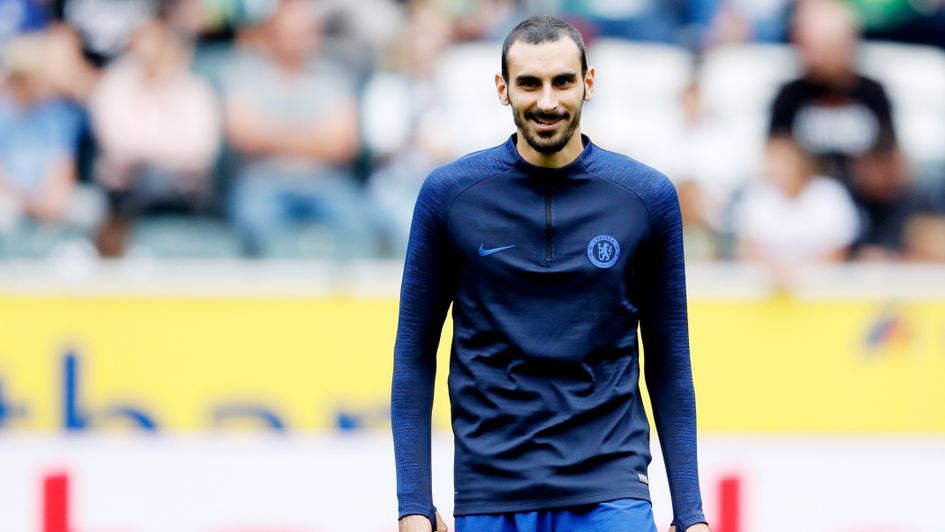 The Italy international has failed to nail down a regular spot at Stamford Bridge since completing a move from Torino for around £23million in 2017. The Blues want to recoup that amount and could sell him before the closure of the European transfer window.

With Reece James ahead of Zappacosta in the pecking order at right-back, his opportunities have waned further since Maurizio Sarri's departure to Juventus - and even then he only made four Premier League appearances last term.

The 27-year-old looks set to join Serie A side Roma on a season-long loan and will undergo a medical later this week.

Lampard is keen to give youth a chance this campaign given the club's transfer ban and has already handed starts to Mason Mount and Tammy Abraham.

James impressed on loan at Wigan last season and there are high hopes he can become the long-term successor to Azpilicueta.

He is currently working his way back to full fitness having suffered ankle ligament damage while playing for England at the U20 Toulon Tournament during the summer.

James is expected to return to action in September, so the departure of Zappacosta is unlikely to cause problems for Lampard. 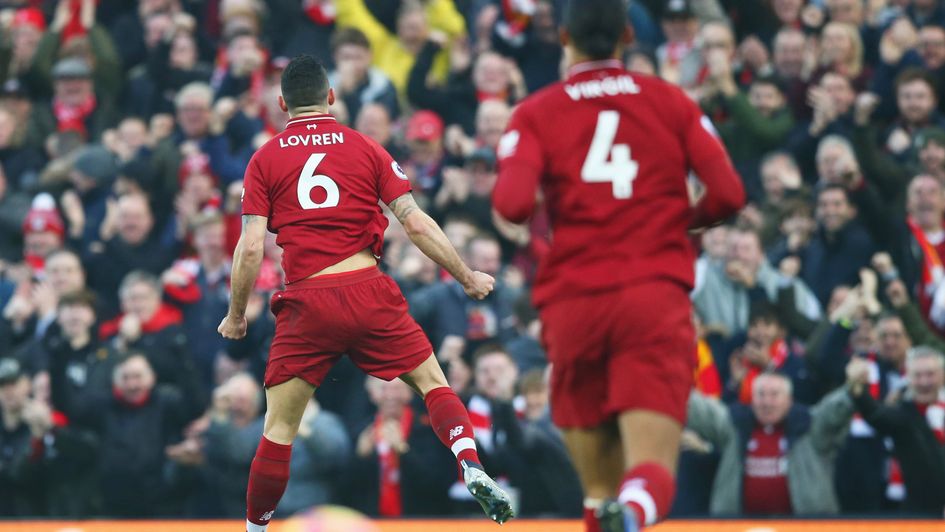 Liverpool's Dejan Lovren celebrates his strike against Newcastle in 2018/19

Lovren looked set to join Roma on a season-long loan with an option to buy, but the Croatian could be set to stay put due to Liverpool only wanting to sell him for around £26million.

The former Southampton man has fallen behind Virgil van Dijk, Joel Matip and Joe Gomez in the pecking order at Anfield and is expected to be allowed to leave the club for first-team football elsewhere as long as the deal is right for all parties.

As an alternative to Lovren, the Italian side could now go for Arsenal's Shkodran Mustafi.